Montana USA, Big Sky Country, is awash with dramatic mountain ranges. Running through the Western part of the state, you will find the Northern Rocky Mountains, and there are at least 100 mountain ranges and sub-ranges in Montana. The grandeur of these mountain ranges often renders those who visit, speechless.

Even the name Montana is Latin for “mountainous”—a land dotted with jaw-dropping peaks, which shift in colors as the seasons change.

Here are the top 17 mountain ranges in Montana that deserve to be highlighted for their magnificence and soul-stirring beauty.

Montana Mountain Ranges–17 You Must Visit 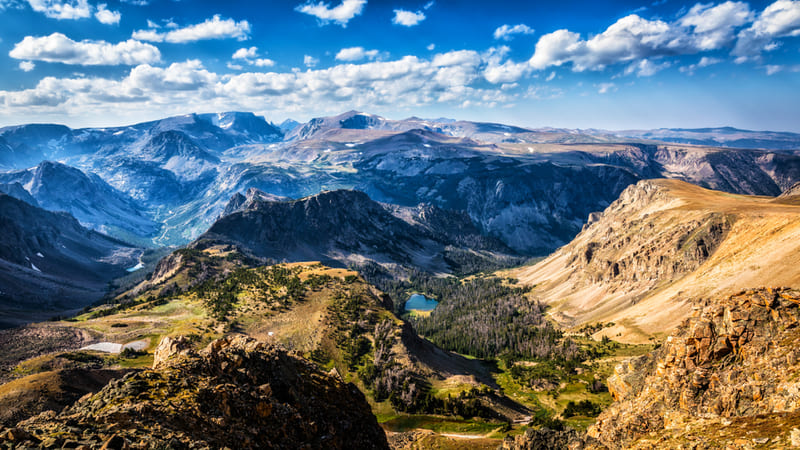 Located in south-central Montana and northwest Wyoming, the Beartooth Mountains form a large chunk of the Absaroka-Beartooth Wilderness— 944,000 acres, to be exact. Beartooth is home to the infamous and steep Granite Peak, the highest peak in the Treasure State, with an elevation of 12,807 feet.

The Beartooth Highway is one of the most stunning mountain drives in the US. It climbs to 10,947ft, allowing you an unobstructed view of Shoshone National Forest and breathtaking vistas. 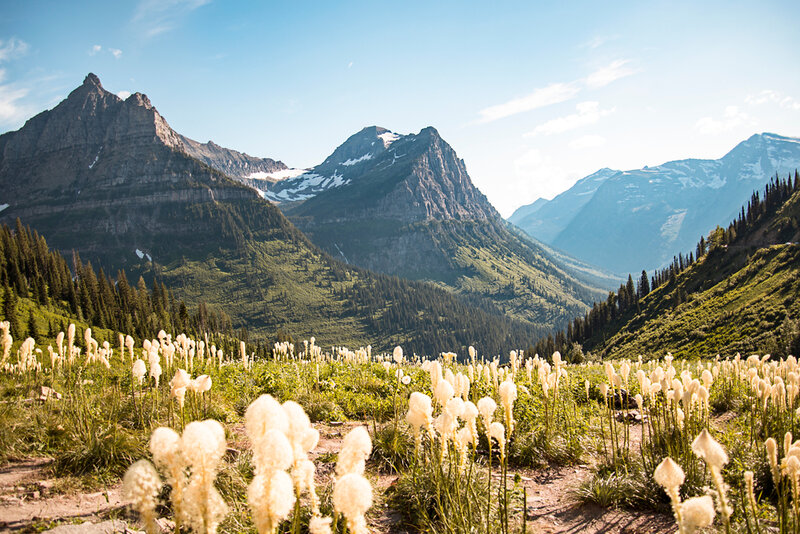 Nicknamed The Rockies, the Rocky Mountains stretch 4,800 km, with a spherical distance from the northernmost part of western Canada to New Mexico in the southwestern United States. The range is the easternmost part of the vast North American Cordillera.

Quick Facts On The Rockies: 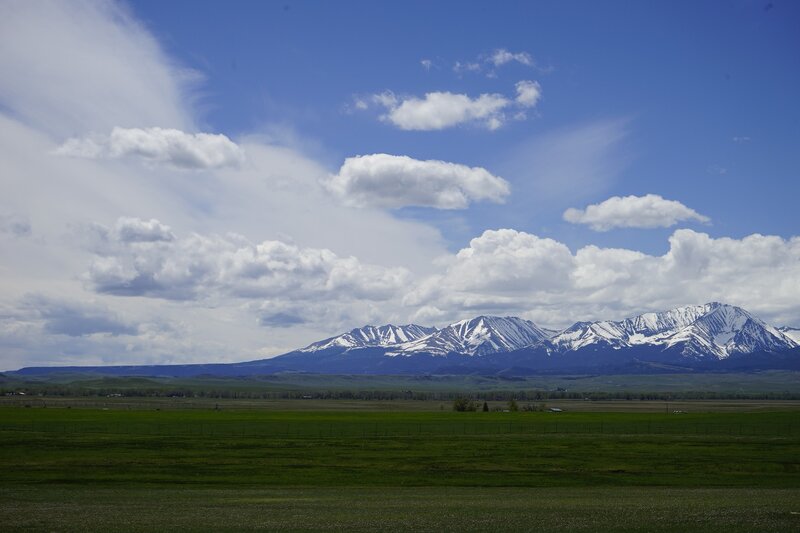 The Crazy Mountains are also known as the Crazies, or Crazy Woman Mountains (based on a legend of a crazy woman who lived in the range).  Situated between the Musselshell and Yellowstone rivers, it spans a distance of 40 miles. It is home to 30 peaks, with the highest, Crazy Peak, measuring 11,000 feet.

The Crazies, characterized by jagged peaks, were formed from water erosion, ice, and wind. More than 40 glimmering lakes are found in this sub-range of the Rockies. Presently, a sole glacier, the Grasshopper Glacier, remains to be the Crazies’ remnant from the ice age.

Quick Facts On The Crazies: 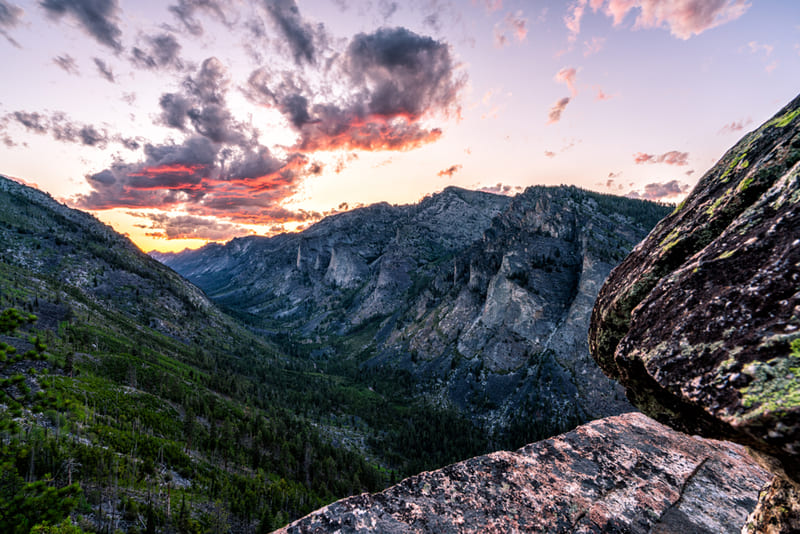 Located in the panhandle of Idaho and westernmost Montana, the Bitterroot Range is a sub-range of the Rockies. It encompasses an area of 24,223 square miles, with peaks averaging at 9,000 feet. The range’s highest peak is Scott Peak in Idaho, rising 11,394 feet.

Spanning through the middle of the range is the Bitterroot National Forest, a stunning 1.6 million-acre forest and home to the whitetail deer, bighorn sheep, mule deer, and other fascinating wildlife. Best time to visit is spring, summer, and fall.

Quick Facts About the Bitterroot Mountains: 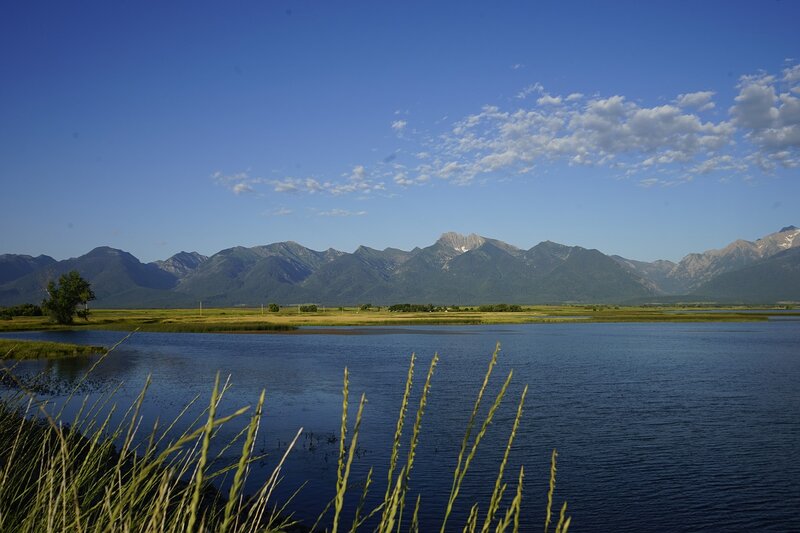 Sitting in northwestern Montana, the Mission Mountains— or Mission Range— is another sub-range of the Rockies. It is known for its snowy and jagged peaks, alpine lakes, meadows, active glaciers, and talus slopes.

Mission Mountains’ highest peak is the McDonald Peak, which towers up to 9,820 feet. Chiefly composed of “Belt Rock,” Mission Mountains is also known as the American Alps. This mountain range is the gate pass to the 73,877-acre Mission Mountain Wilderness Area.

Found in the Helena National Forest, the Big Belt Mountains form a part of the larger Central Montana Rocky Mountains sub-range. Situated some 20 miles east of the city of Helena and the Canyon Ferry Reservoir, this range was named after the infamous limestone belt that envelopes the mountains.

The Big Belt spans across the Gates of the Mountains Wilderness and the outlying Dry Range. It also includes the tiny and quaint communities of York and Nelson.  The range stretches for about 75 miles in total. 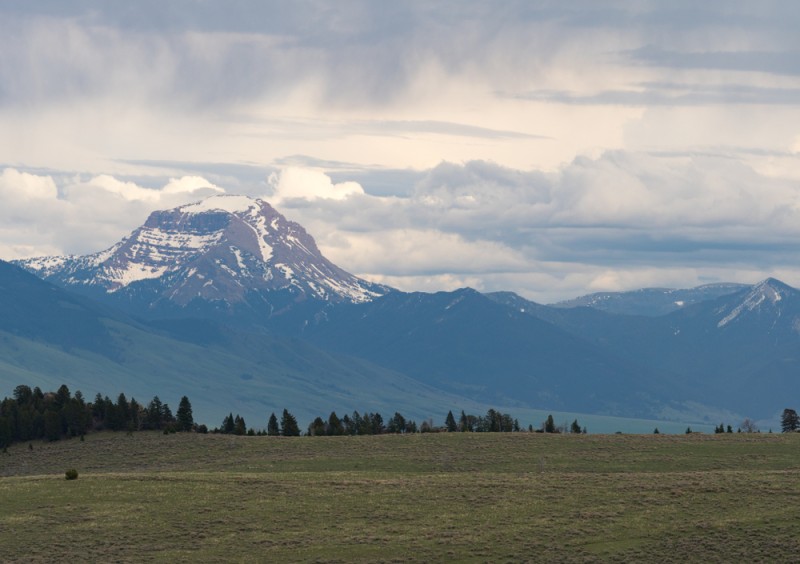 The Tobacco Root Mountains are found in the northern Rockies, straddling the Jefferson and Madison Rivers. This mountain range in southwest Montana has a total of 43 peaks, the highest of which is  Hollowtop at 10,604 feet.

Known for its complex geology, Tobacco Root Mountains is also known for its soaring peaks, forested slopes, snowy basins, and pristine lakes. The range stretches from Bozeman to Butte. 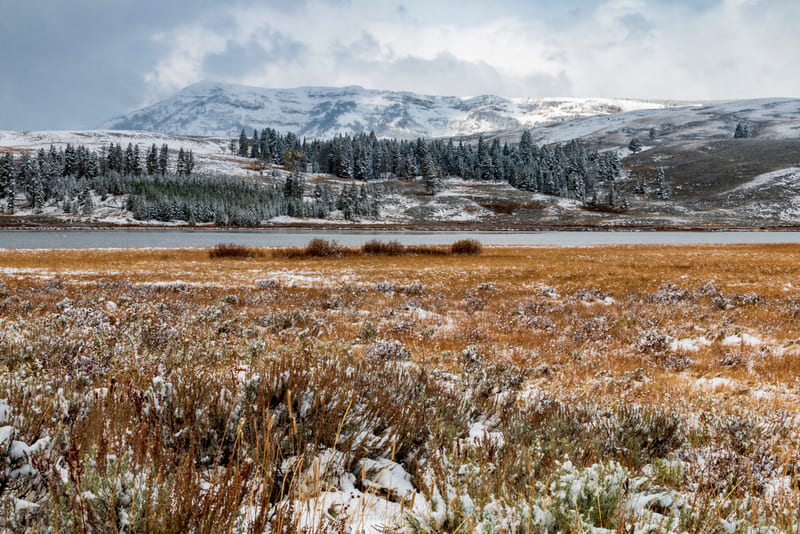 Located in the states of Montana and Wyoming, the Gallatin Range is part of the Rocky Mountains that has more than 10 mountains that reach over 10,000 feet. Electric Peak, which is 10,969 feet, is the highest peak.

The range, which stretches about 75 miles with a width of 20 miles, runs from Bozeman until the Yellowstone National Park. 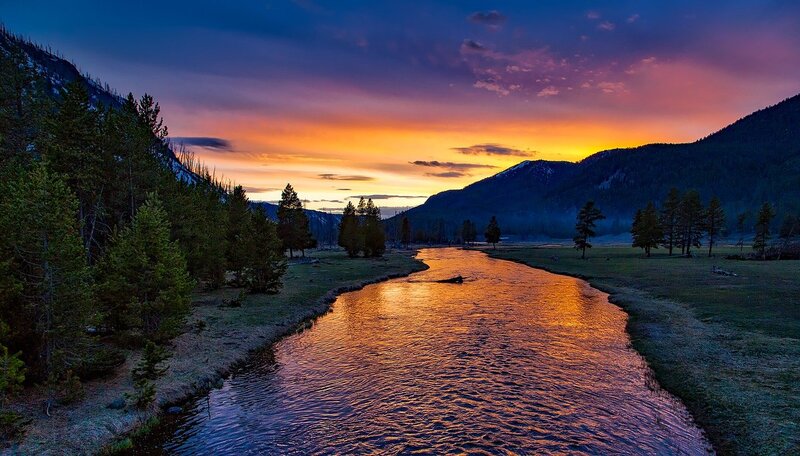 Named in honor of then president-to-be President James Madison in 1805, Madison Range stretches 80 miles from West Yellowstone to Bozeman, Montana with the highest peak of 11,316 feet which is Montana’s highest outside the Beartooths.

Accessible all-year-round, Madison Range offers an amazing trail system for camping, hiking, and biking. A large chunk of this range is found within Beaverhead-Deerlodge and Gallatin National Forest. 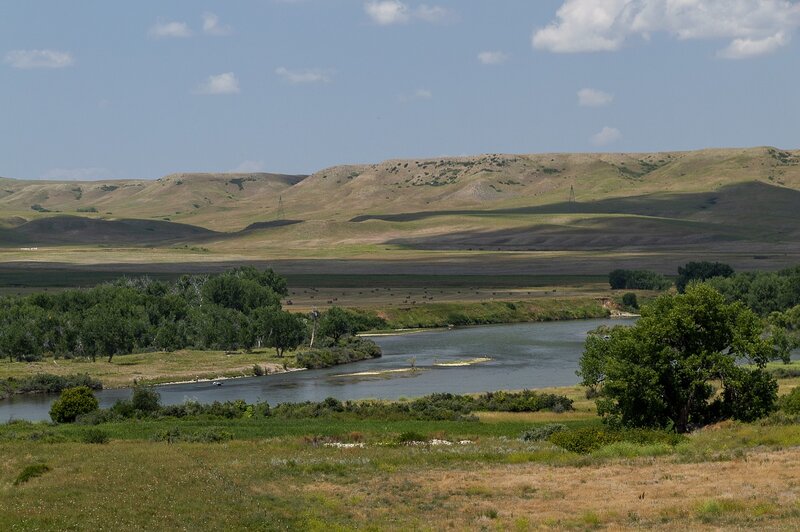 Bighorn Mountain Range is about 150 miles long and 30 miles wide in north-central Wyoming. Contained within the Bighorn National Forest, the area is filled with breathtaking views and various activities that can be enjoyed by the whole family such as camping, fishing, trekking, and more.

The Bighorns rose approximately 70 million years ago. Its highest peaks are Cloud Peak at 13,175 feet and Black Tooth Mountain at 13,005 feet. 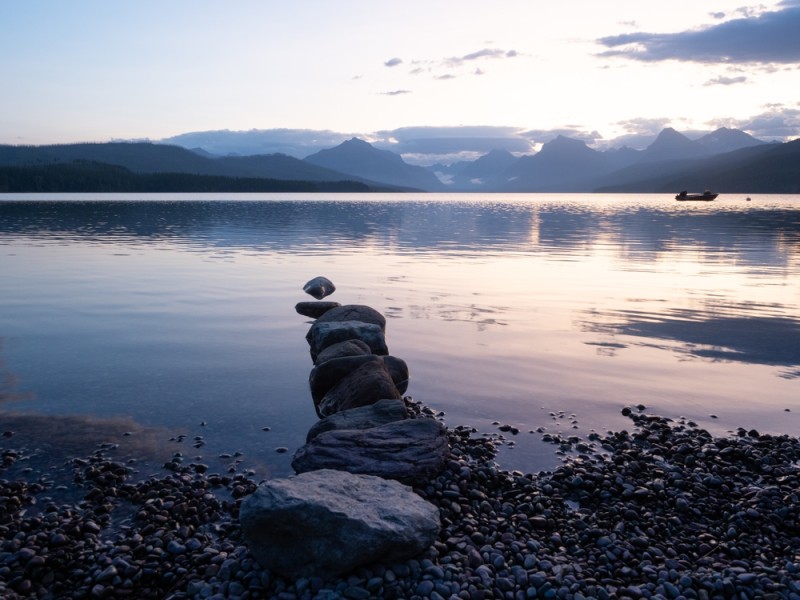 Located primarily in Montana, Livingston Range is 36 miles long and 28 miles wide. It started to form about 1.6 billion years ago and has over 15 summits that exceed 9,000 feet.

The Livingston Range contains 41 named mountains, the highest of which is Kintla Peak at 10,102 feet. It has been home to humans for thousands of years and since 1932 has become a UNESCO World Heritage Site.

Noted for being one of the “wild mountains left in the United States,” the Cabinet Mountains is a 35-mile long-range, part of the Rocky Mountains that cover an area of 2,134 square miles. West of Libby, is the dominant range of northwestern Montana.

Its highest peaks are Snowshoe Peak at 8,738 feet; Elephant Peak at 7,938 feet; and Bockman Peak at 8,174 feet.  Southeast of Cabinet Mountains is Missoula, Montana, a college town of about 66,000 people. 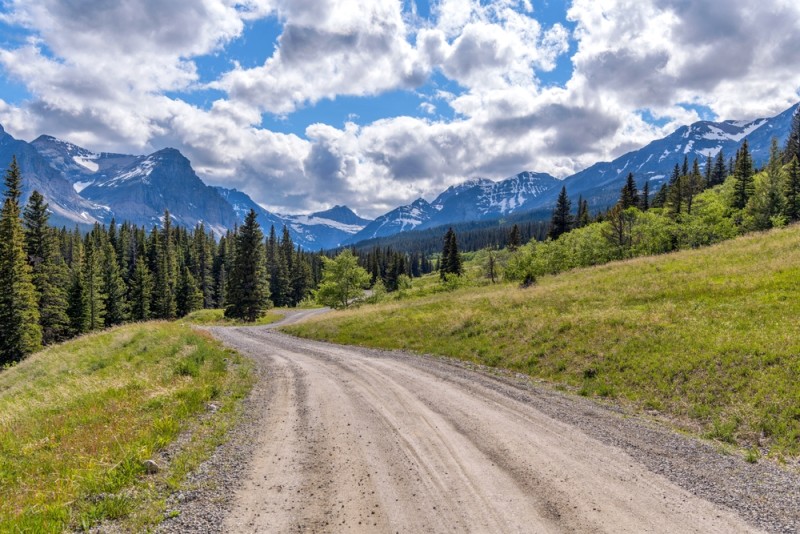 The range jutted out about 170 million years ago, the most prominent and biggest mountains are Clements Mountain, Mount Jackson, and Mount Oberlin. 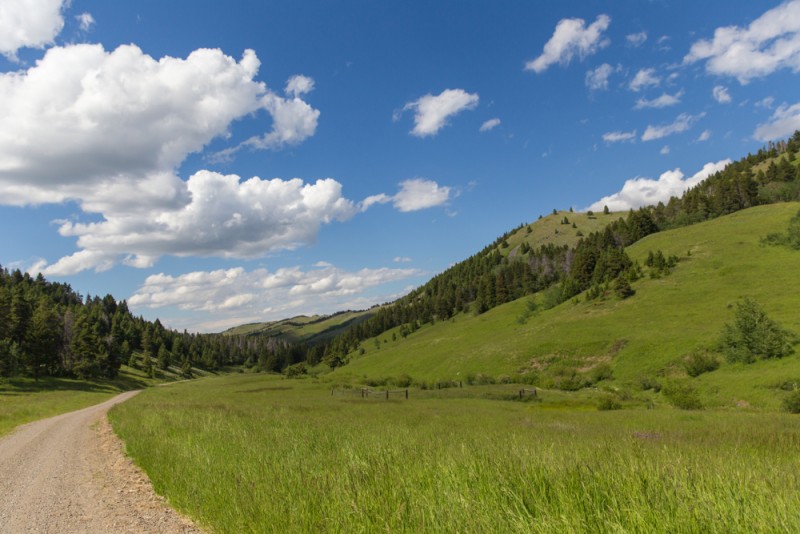 The highest peak in the Highwood Mountains is Highwood Baldy at 7,670 feet. The mountain range is volcanic and, in 1903, was declared a Forest Reserve. 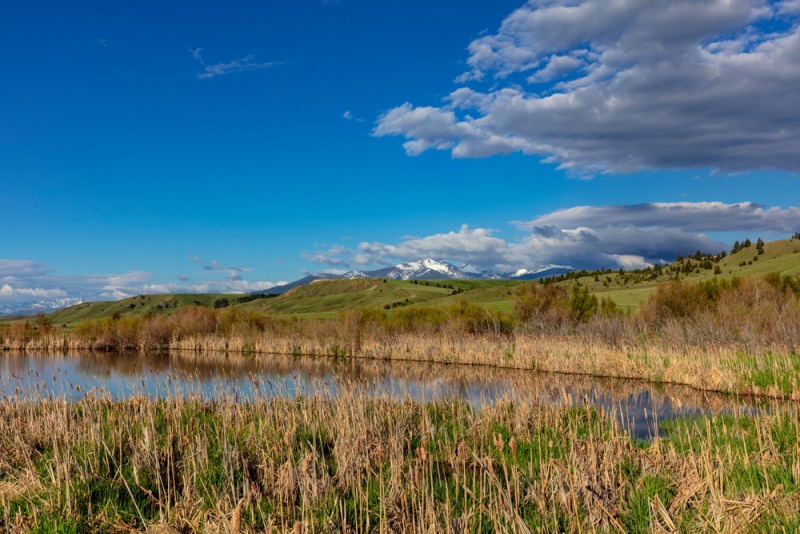 Flint Creek Range, also known as the Flints, is a mountain range with an elevation of 10,168 feet located northeast of Philipsburg, Montana. The highest mountain is Mount Powell at 10,168 feet.

Approximately 60,000 acres of the Flint Creek Range are roadless. Travelers will be in awe if they’re coming from the eastbound on Interstate 90, right along the stretch flanked by Drummond and Garrison. From here, you will be able to see this steep cliff called “The Crater,” which looks like a dinosaur backbone.

Little Belt Mountains are a part of the Rocky Mountains in Montana. It contains 89 named peaks, the highest and most well-known is Big Baldy Mountain at 9,190 feet.

Considered to be among the largest isolated ranges in Montana, Little Belt Mountains are more of a grouping of peaks rather than a chain. Used mainly for logging and recreation, the mountains have also been mined for silver and sapphire since the 1800s. 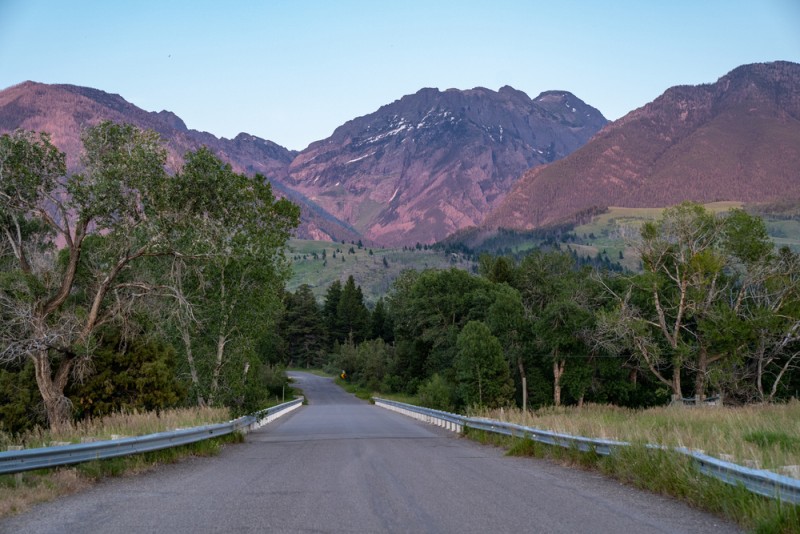 Located between Montana and Wyoming, spanning 150 miles long and 75 miles wide, the Absaroka Range is a collection of 399 named peaks, the highest being Granite Peak at 12,776 feet.

A number of peaks in the Absaroka Range are elevated at 12,000 feet. Volcanic in origin, the range is one of the most mountainous terrains in Western Wyoming.

Montana has an abundance of mountain ranges to explore, whether it is just taking in the view, going on a hike, or recreation at nearby lakes/parks, there is so much more to explore.

We have outlined a full list of Mountain Ranges that you can find in Montana below, Some of these ranges extend into Wyoming, Idaho, and Canada. 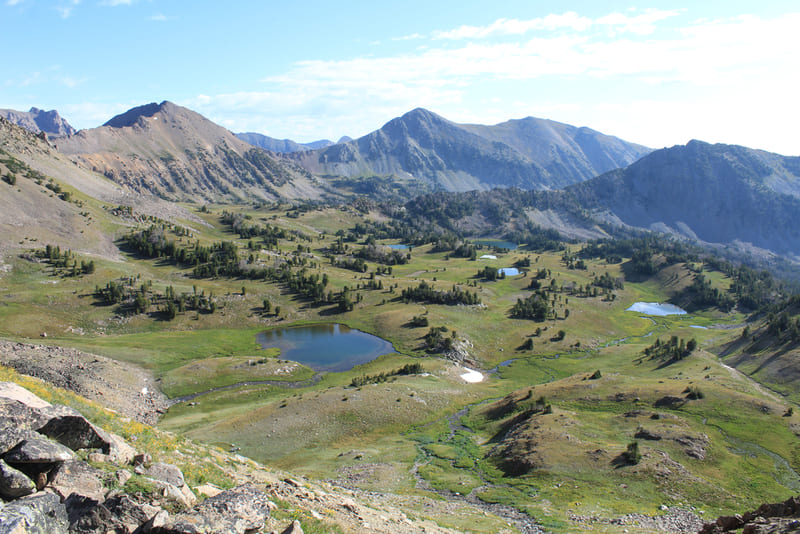