The Tobacco Root Mountains in Montana form a section of the Rocky Mountains to the southwest of the state. The ‘Roots’ are an island of high peaks about 40 miles to the west of Bozeman, and even closer to the small town of Pony.

The mountains separate the Madison and Jefferson Rivers and the surrounding terrain contains snowy basins, alpine lakes, forested slopes, and rolling foothills typical of Montana. They are bordered by the Elkhorn and the Boulder Mountains northwards, Gravelly Range to the south, and the Madison Range across to the eastern side.

The Tobacco Root Mountains are actually one of the best-known ranges in Montana, and they contain a decent number of peaks over the 10,000 feet mark elevation-wise. This is a rugged yet scenic mountain range and it offers some of the best wildflower-laden trails in the entire state.

The majority of the Tobacco Roots are within the Beaverhead-Deerlodge National Forest, where they were first discovered by Lewis and Clark in the nineteenth century. Hikers come here for the high elevation trails leading to alpine lakes.

Mountain bikers come here because some of the rides are among the best in Montana. There are also a couple of dozen trails open to motorcyclists, and another dozen to ATV riders, which makes this quite a diverse area in terms of recreation.

Before the famous discovery expedition, however, many native peoples like the Crow and Flathead Nations had already lived in the region for thousands of years. The dried root linked as the namesake of the mountains was apparently easy to find in them—hence the name—and the native people and other early settlers often dried and smoked the root as a tobacco leaf substitute.

The mountains go back to Montana’s extensive history of mining which started in the 1800s—with some believing this to be the time when the name of the mountains stuck.

The Tobacco Roots tend to hold snow until at least the beginning of July and they can usually still be accessed until late September or more. You can get to the area via several access points on nearly all sides of the range. One of the main access roads takes you close to the middle of the range if you come in from I-90 and take the Cardwell exit (256).

After that continue south on the rough highway until after another 5 or six miles you see a right turn on South Boulder Road. This leads all the way to the heart of the Tobacco Roots, past the tiny town of Mammoth, and into the main part of the range. 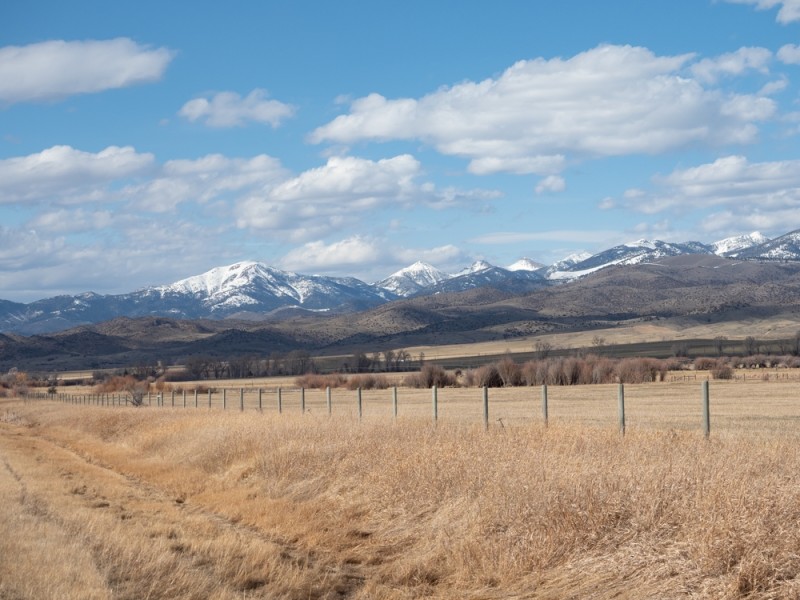 Recreation in the Tobacco Root Mountains

The Tobacco Roots have various options when it comes to fishing. You can try your luck with the rainbow trout on the Madison River, or maybe you would rather wade into a lake. Numerous headwaters and alpine lakes await the willing angler in the region once he has got himself a local license.

The high country is the place to head for a taste of the two dozen or more alpine lakes containing not unreasonable populations of cutthroat trout.

The lakes in the Tobacco Roots were initially stocked when the area’s Montana Fish & Game Agency first came together at the beginning of the 20th century. The lakes continue to be stocked, which is why they continue to attract anyone looking to fish.

There are a few developed campsites in the area, but a fair few campers go for dispersed camping close to some of the streams and trailheads. You’ll find a few campsites south of the town of Mammoth, but they will be busy during the weekends and peak times.

There are numerous options for camping near many of the lakes, like

Balanced Rock Campground, is a developed campground reasonably high up in the mountains. This is close to Branham Lakes and can be accessed by Mill Creek Road. This is a free site with vault toilets but there is no available water.

If you want to spread out a bit the vicinity of the Beaverhead-Deerlodge National Forest has more than 50 sites to choose from. Some are very primitive, others basic and rustic, and you’ll find spaces just for RVs.

Most campsites are first come first serve. Cabins are also available for rent in the forest regions. There are almost 30 cabins to choose from and they can be reserved by calling 1-877-444-6777.

The Tobacco Root Mountains are popular with mountain bikers who can experience some excellent trails and terrain ideal for bikes. Many of the trails are multi-purpose but there are a few stand-out, tried & tested trails for bikers such as the Curly Lake route.

This biking route qualifies as one of the great high country wilderness rides in Montana. The trail follows a loop that takes you along a single track. The route winds through lodgepole forest, crosses big rock canyons, with a few high alpine plateaus and steep talus slopes thrown in.

The trail also gets some use from motorized vehicles, but is worth checking out by any backcountry biker!

The Tobacco Root Mountains contain a fairly wide range of topography and vegetation and thus sustain a wildlife population that is diverse. You can count elk, whitetail deer, mule deer, black bears, and a few mountain lions in there, not to mention one of the largest populations of mountain goats in the state. Grizzly bears are reported occasionally.

The Tobacco Root Mountains are probably as well known for their hiking and mountaineering opportunities as anything. There are dozens of trails within the mountain ranges, and as we mentioned previously some of them also allow motorized travel. Here are a couple of the most popular hiking areas in the region:

Louis Lake is a really popular, moderate 7-mile out and back hike that leads you along a reasonably level path in the direction of the picturesque alpine oasis that is Louis Lake. This trail is high in the mountains and has been acknowledged by the Forest Service for its outstanding scenery and recreation opportunities.

Snowfall is usually heavy in the region so it might be best to do this hike after mid-July. This spot is popular with families, as it is only 3.5 miles from the trailhead, with little elevation gain to the lake.

Hollow Top Lake is a 12.5-mile loop trail located along the eastern side of the Tobacco Root Mountains. The trail features an alpine lake surrounded by high peaks and meadows. Again some stretches of the trail are multi-use, especially the first couple of miles, and after that you can relax and enjoy the wilderness on either a day hike or with an overnight at Hollow Top Lake thrown in. 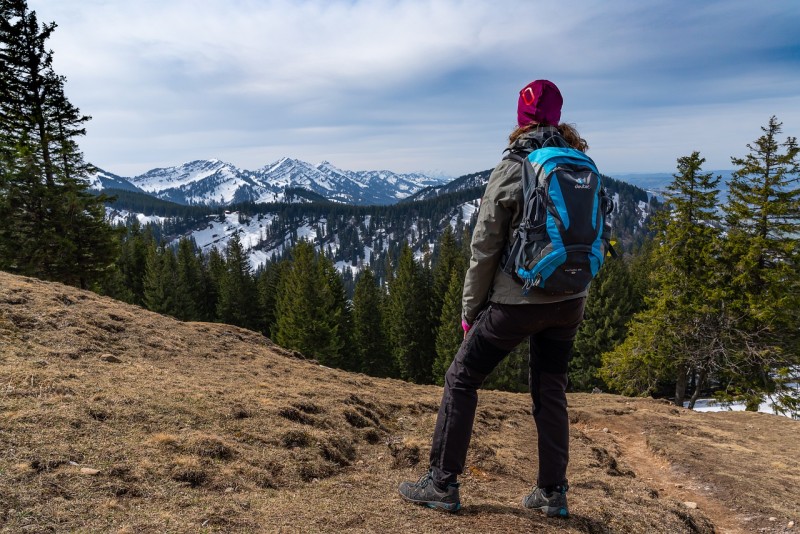 The highest and third-highest peaks in the Tobacco Root Mountains, Hollowtop Mountain, and Mount Jefferson both have the type of trails that tend to attract the more experienced hikers. The main approach starts off at the North Willow Creek Trailhead near the town of Pony and heads along the trail to Hollowtop Lake.

You can continue on toward the southern face of Mount Jefferson from there and make your own way to the summit. At the summit of Hollowtop, some fantastic panoramic views of the surrounding landscape await you after your exploits involving scrambling and off-trail travel paid off to get you there.

There are seemingly endless numbers of trails for the day hiker or the backpacker in the national forest regions. Here you can spend your day wading through wildflowers or head for a view of one of the mountain lakes with higher elevations. Below are a couple of samples of this type of trail.

Lost Cabin Lake Trail #150: This almost 3.5-mile trail kicks off at Bismark Reservoir and takes you on a route dwarfed by some huge surrounding peaks in the region of 10,000 feet. Expect to catch sight of a mountain goat or two, and the trail is best used from July 1 thru mid-October.

You can get there by taking the I-90 east to the Cardwell exit and continuing along HWY 359 south to South Boulder Road. The Bismark Reservoir trailhead is another 15 miles from here.

Pioneer Loop National Recreation Trail #750: This is a more extensive, 35-mile hike along a trail that is less used than some of the others. The route can be accessed 5 miles south of Wise River, Stone Creek along with Pioneer Mountain Scenic Byway #73. The trail crosses along the ridge tops of the West Pioneer Mountains and includes some elevated views.

Louise Lake Trail # 168: More mountain cliff scenarios are included in this route, along which you’ll probably get a glimpse of a mountain goat or two. You’ll certainly get some impressive views of the Tobacco Root Mountains from the lake. The trail can be accessed using the same directions as those for the Lost Cabin Lake Trail.