In April in Montana is when you can begin to feel things changing: the mercury starts to rise and the first few markers of spring begin to enter the scene. This is the time when the first few baby animals are born in Yellowstone, and the landscape, especially at lower elevations, becomes a bit more green.

This is also when the perimeter of Glacier National Park begins to thaw. As the winter snow and ice recede, roads, trails, and highways throughout Glacier start to open and become more accessible. All of Glacier county starts to wake up from hibernation, and you can feel the influx of new energy and life.

If you’re planning to go to Yellowstone in April, you should know that most of the roads will still be closed, and the majority of the park is only open to hikers. That being said, in the middle of the month the western entrance will open, near West Yellowstone, Montana.

Lodgings will still be closed within the park, so be prepared to stay just outside of it. If you’re planning to visit the second half of the month, it’s a perfect time to book a room at the Three Bear Lodge, a Montana institution.

While April is still ski season, some resorts will be already beginning to prepare for their summer offerings. If you want to get in one last ski weekend before the end of the season, local’s mountain Red Lodge has several snow machines to ensure quality runs and none of the pretense of Big Sky or Whitefish.

With the start of spring in Montana, there are many different activities as the season shifts. We will take a look at what to expect: Weather in Montana in April can still be chilly, though depending on where you are in the state, you could be privy to some legitimately balmy Montana spring days.

By the middle of April in lower elevations, you’ll start to feel the change of seasons as the days are longer and warmer, and the snow begins to melt.

During the day you may even want to trade your winter parka for a jacket or a hoodie, but keep it close for when the sunsets. Montana weather in April can be unpredictable so plan accordingly.

Travel To Montana in April 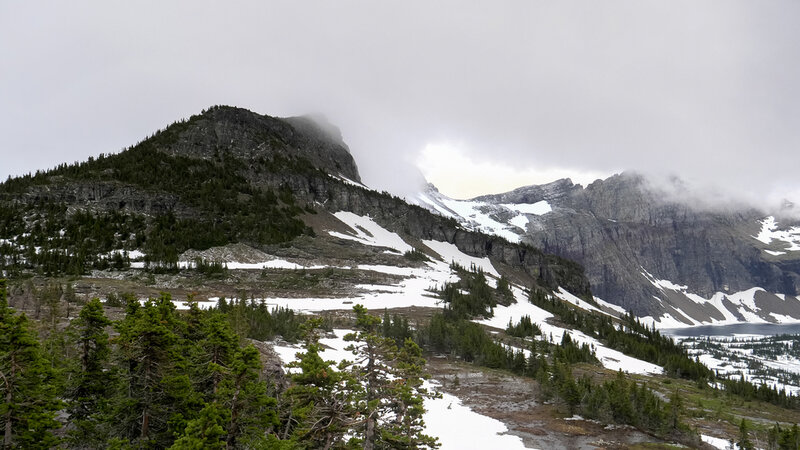 The interstates will be open with good conditions this time of year, but many smaller highways, particularly in the mountains, may still be closed. If you’re planning a trip to Yellowstone, the west entrance to the park usually opens in the middle of the month, as well as some other connecting roads giving you more access to the park’s interior.

Flights are a bit expensive in April, with some stand-out cheap routes being between Seattle and Missoula. But this is also a great time of year to take the Empire Builder train to Glacier National Park from either Chicago, Minneapolis, Seattle, or Portland.

There are far fewer passengers on the train this time of year, and the perimeter of the park should be beginning to thaw.

Events in Montana in April Every year at Whitefish as the ski season comes to an end, they host a curious but wildly entertaining event you probably want to add to your bucket list. The annual Whitefish Pond Skim is a juried showcase of costumed participants attempting to skim across a man-made pond while avoiding cartoonish, inflatable booby traps. You can just watch, or you can sign up to compete for a cash prize.

At the very end of the month is the Taste of Bigfork, where a single ticket entitles you to food and wine at several of Bigfork’s most esteemed downtown restaurants. After you’ve sampled them all, the event culminates in a raffle held at the Garden Bar & Grill.

In mid-April, the Native American Student Association at the University of Montana in Missoula hosts their annual multi-nation Kyiyo Pow Wow. The event features singing, dancing, and storytelling all driven by the desire to keep indigenous traditions alive and promote solidarity across nation lines.

There are also dance competitions divided by age group and type of dance, and you won’t want to miss the Tiny Tots – as the kids 6 and under take the stage.

Also in Missoula in April, the International Wildlife Film Festival begins at the Roxy Theater. This juried festival hosts films from all over the world that pay special attention to our relationship with and responsibilities to the world’s wildlife.

Things To Do In Montana In April As the snow begins to melt and the landscape starts to bloom, weekly events that were shuttered by winter begin to reopen. In Montana’s cities, you’ll find the first few farmers’ markets and street fairs pop up, and the buskers and food trucks return to the streets, enticed by the considerably nicer weather.

In April, Missoula is the place to be. A handful of degrees warmer on average than other western Montanan cities, in April it still retains its signature ring of snow-capped mountains, as higher elevations haven’t yet begun their snowmelt.

Right in Downtown Missoula are several renowned examples of historical architecture, many of which lie on the National Historic Register. To make them easier to find, the Downtown Missoula Partnership has put together a self-guided tour that you can follow at your leisure.

While you’re in the neighborhood, a visit to one of Missoula’s famed brewpubs or distilleries is a must. If it’s not raining, Conflux Brewing Company‘s patio is legendary, and their commitment to creating a community-driven space that practices business ethically is admirable. Both the food and beer here are crafted from locally sourced ingredients, and their knowledgeable staff will be happy to guide you through their selection.

If beer’s not quite your thing, head to Western Cider Company to try their artisanal hard ciders made from local northwest apples. The operation actually began with an orchard where they resurrect vintage styles of apples that aren’t largely commercially produced. From this venture eventually grew the cider company, which utilizes the orchard’s spoils to most some of the most intriguing, unique varieties of hard cider in the Pacific Northwest.

But if you want to make a b-line for the hard stuff, Montgomery Distillery should be your first stop. Combining Old West know-how with modern distilling practices, they make small-batch whiskey, vodka, gin, and aquavit with a focus on excellent craft. You can either saddle up at their bar for an exquisitely prepared craft cocktail or schedule a distillery tour.

April is also the prime fly fishing season, particularly in Glacier County. If you’ve never tried your hand before, you can take a lesson that includes a fishing license to prepare yourself to cast out in the wild.

Planning Your Trip To Montana In April