The Elkhorn Mountains are a relatively small mountain range located in southwest Montana.

This island range, while small, is highly unique in Montana as it is one of the most diverse areas in the state with more plant and animal species than any other range in the state.

The Elkhorn Mountains are a line of inactive volcanoes. Their peaks are made from igneous rock that has been weathered for millions of years. The peaks in this range, while tall, are rounded and smooth.

They do not have the same jagged appearance that many other mountain ranges in Montana have.

Besides its unique geology, the range sits higher than many of the other ranges along the Continental Divide, this provides more moisture to the Elkhorns, which leads to more diverse ecosystems, habitats, flora, and fauna.

During the late 1800s, the Elkhorn Mountains were full of miners searching for gold, silver, and other mineral riches. The mining town of Elkhorn was established during the height of the gold and silver mining boom in Montana.

The town supported many area mines, and once was a thriving community. In the late 1800s, the town was struck by a diphtheria epidemic, that combined with a decrease in the value of silver, turned Elkhorn into a ghost town over just a few years.

As part of the Helena National Forest, the area is open for recreation, however, it is one of the less frequently used recreational areas in Montana. Despite its proximity to Helena, the Elkhorns have few trails and are rarely crowded with visitors.

A portion of the Elkhorn Mountains was designated by Congress as the Elkhorns Wildlife Management Area. This management area is closed to vehicles and was established to protect the state’s most productive elk herd, as well as many other plant and animal species, many of which can only be found in the Elkhorn Mountains. 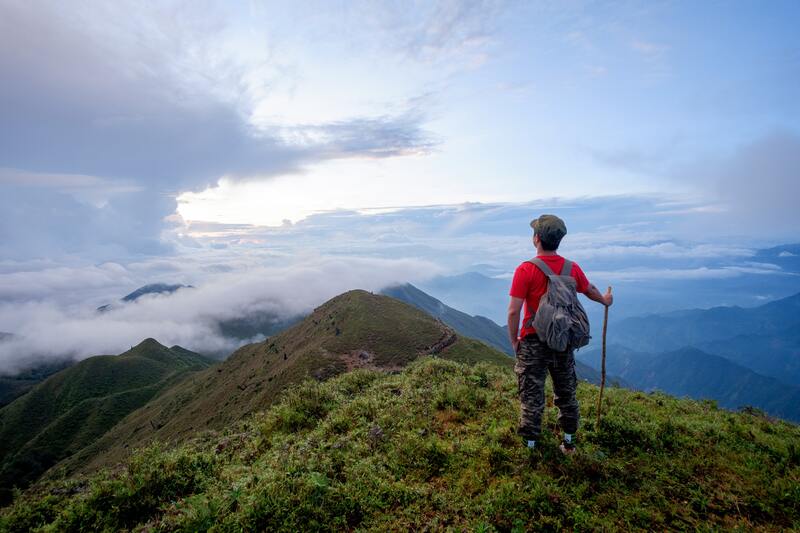 Hiking in the Elkhorn Mountains is the most popular recreation activity. Despite there being a limited number of hiking trails in the Elkhorns, the trails that are available are well maintained and easy to follow.

There are a number of trails in the Elkhorn Mountains that are also nice for backpacking. These trails have easily accessible, designated camping areas.

There are also old mining and logging roads through approximately 200,000 acres of the mountain range that are great for exploring the area as well.

Portions of the Elkhorn Mountains, particularly those within the wildlife management area, are not open to motorized vehicles, including bicycles.

You’ll need to make sure that you are watching boundaries to ensure that you do not accidentally cross into areas where bicycles are not allowed. 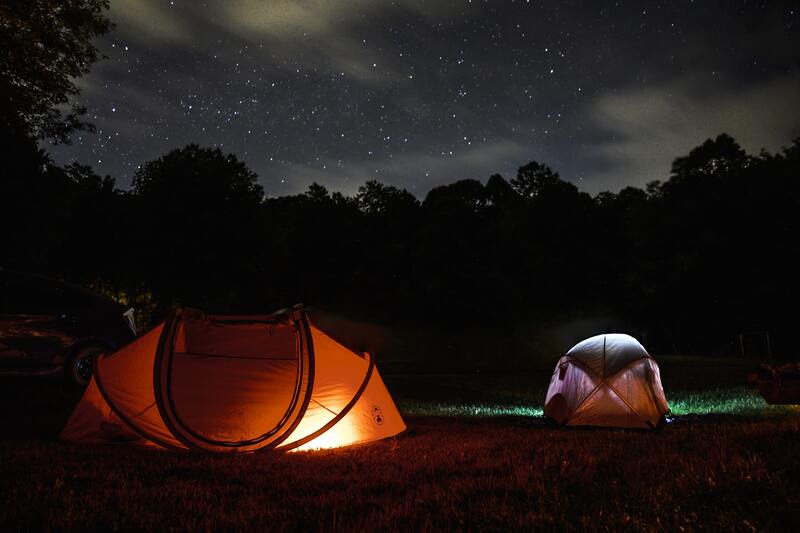 Camping is particularly popular with individuals that are looking to explore the backcountry of the Elkhorn Mountains.

With 5 trails within the Elkhorn Mountains that are long enough for backpackers to stop and camp, the area is a great place to backcountry camp.

There are no Forest Service-designated campgrounds within the Elkhorn Mountains. However, there are opportunities for dispersed camping in the areas that are open to motorized vehicles.

Additionally, the Bureau of Land Management does operate a small campground near the small town of Radersburg.

The Crow Creek Campground has 8 designated camping spots. They are primitive sites, with no water or electricity available. However, each camping site has a picnic table, fire ring, and restrooms.

Many people come to the Elkhorn Mountains to catch a glimpse of the Elk herd. The herd here is one of the most productive and healthy in the state of Montana.

Besides Elk, the meadows in the Wildlife Management Area are perfect for viewing elk, deer, moose, songbirds, bears, bighorn sheep, and other wildlife species.

This area has a limited number of elk tags available each year, and there is a great deal of importance placed on using hunting to appropriately manage the elk herd in the range.

Information on hunting seasons and how to apply for tags and licenses can be found on the Montana Department of Fish Wildlife and Parks website.

The Elkhorn Mountains have fewer trails than other mountain ranges in Montana. Most of the trails are located within the Elkhorn Wildlife Management Area.

These trails are great for hiking, horseback riding, and even cross-country skiing in the winter.

This is a 6.1-mile hike that takes you to the summit of Elkhorn Peak. The lower part of the trail is actually a forest service road, so depending on the vehicle you drive, you may be able to shorten your hike substantially.

The designated trail actually stops at the summit of Elkhorn Peak, however, if you are willing to do a bit of bushwhacking the summit of Crow Peak can also be reached.

After leaving the Forest Service Road, the trail is fairly easy to manage. The most challenging part of the trail is at the top where you’ll have to scramble over boulders of volcanic rock to reach the summit.

Willard Creek Trail is a perfect trail for an easy day hike. The trail is a 4.1-mile out and back trail. It has minimal elevation gain, so it is a perfect hike for those that are looking for a nice walk, without a ton of work.

The trail wanders through beautiful meadows, aspen groves and is a wildflower lover’s dream.

This hike is one of the most popular for wildlife viewing, with many opportunities to get a glimpse of the area’s namesake Elk herd. The trail ends at a nice picnic area along a peaceful creek.

The Willard Creek Trail has an interpretive trail booklet that can be picked up at the Management Area offices. This booklet provides great information about the Elkhorn Mountains, wildflowers, wildlife, and the area’s history.

The trail to Crow Creek Falls is a moderate hike. It starts by following Crow Creek through the valley. After it joins with the Long Valley Trail, the path starts to climb in elevation.

On this 5.6-mile out and back hike, you’ll climb 1,240 feet before dropping back down into the meadow and down to the base of Crow Creek Falls.

This hike is good for families with children who are experienced at hiking. The trail is well maintained and easy to follow.

It is of interest to note that Crow Creek Falls and the surrounding areas were purchased by the Forest Service fairly recently, and it took a large number of volunteers to clean the areas around the falls of trash, abandoned vehicles, old campers, and other debris.

This is an 8.1-mile out and back trail that crosses through one of the larger meadows in the Elkhorn Wildlife Management Area. There is a good amount of elevation gain on this hike, with a total of 2,083 feet over the 8.1 miles.

The trail is considered to be moderately difficult but is well designated and easy to follow. The trail does pass through an area that was burned in a wildfire in 1988 and remnants of the burn scar are still visible.

This trail is great for wildlife viewing and is popular with photographers.