February is notorious for being the coldest month of the year in Montana, but with the frigid temperatures comes the knowledge that spring is right around the corner. Even without the mercury rising, you can feel the anticipation of the change of seasons as the days get subtly longer.

While locals may have long tired of the drudgery of winter, they still find ways to enjoy February in unique ways that only winter can inform. Montanans manage the chilly temperatures by diving into snow sports, winter carnivals, glacier hiking, and good, old-fashioned evenings spent by a roaring fire. While most locals are ready for the benefits of spring, they also know how to make the winter feel magical, and enjoy it while they can.

If you’re not used to the wintery weather that Montana has in February, there are several things you can do to make your trip more comfortable. This definitely isn’t the time to pack light; bring lots of layers, and be sure to have plenty of winter accessories like gloves, a scarf, and a hat. Little extras like hand warmers for your coat pockets and extra thick socks can help too, and adequate footwear is a must.

Once you’re acclimated to the cold, you’ll find February in Montana to be a beautiful time of year. Cities are ringed with stately, snow-capped mountains, and days end with some of the most incredible sunsets in the world. The key to enjoying your trip to Montana this time of year is to do as the locals do: participate in winter sports and activities and earn your badge of honor by braving the cold. 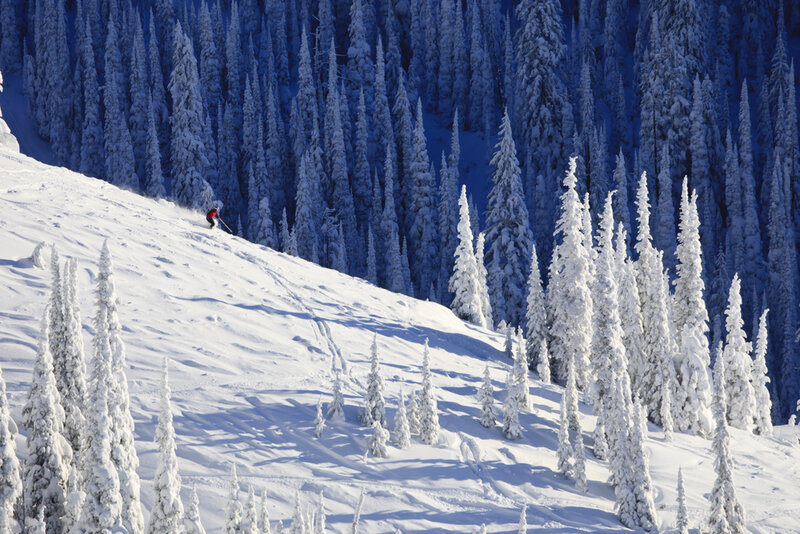 Generally the coldest month of the year, high temperatures in February hover right around freezing. Lows can be well below, about 0º to 10º, though it can get vastly colder with even more snow at altitude. Be sure to pack sufficient clothing, and carry a set of chains for your car just in case you get caught in inclement weather on an icy road.

Travel To Montana in February 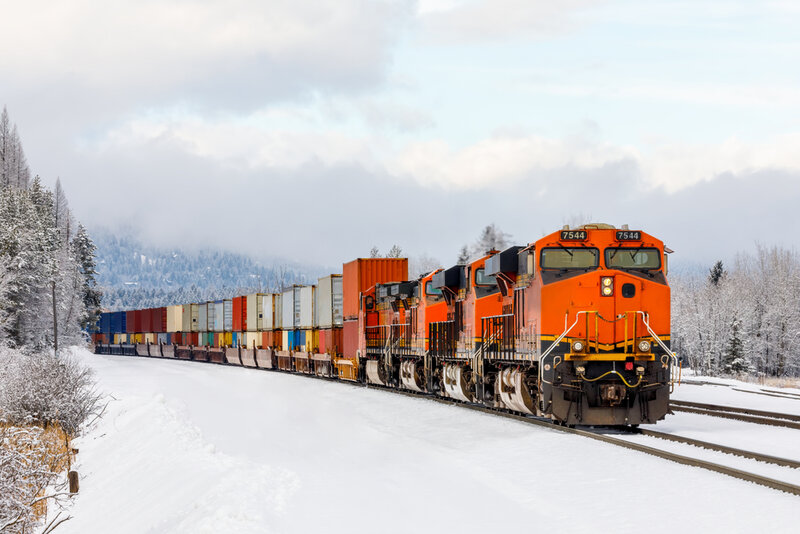 Mountain passes can be treacherous this time of year if not completely closed. In addition to the planned winter road closures in the parks and otherwise, the weather frequently makes highways impassableNorse. The best way to find out where you can travel overland on any given day is to check the traveler information page published by the Montana Department of Transportation.

Events in Montana in February 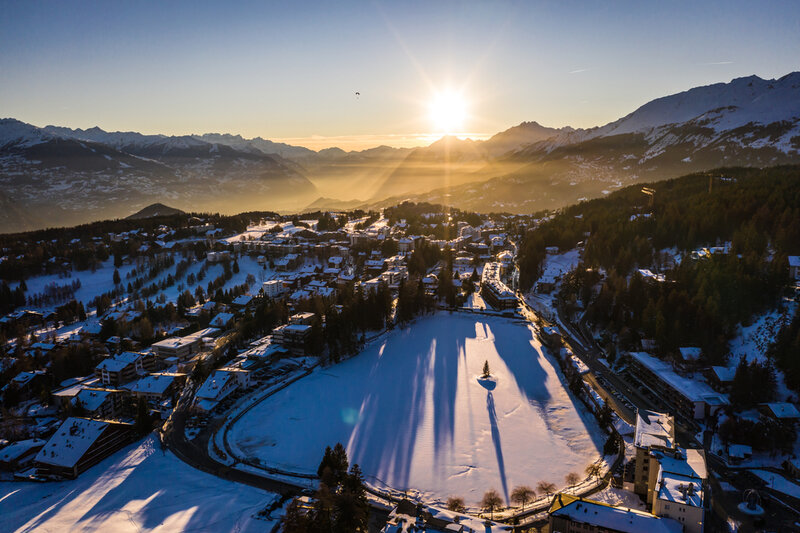 As is popular in many parts of the world with harsh winters, Montana has several winter carnivals. Many of them occur around the holidays, but the most lively ones are in February when spring is just around the corner, and locals are itching to gather together to stave off cabin fever.

Of them, the most extravagant is probably the Whitefish Winter Carnival, which features a Main Street parade and a penguin plunge. Held annually in the first week of February to honor Ullr – the god of winter activities borrowed from Norse tradition and integrated into an elaborate and bizarre local legend – this lively carnival is equal parts wholesome fun and mischief.

By mid-February, Montana will begin to feel as if spring is on the horizon and to celebrate longer, warmer days to come, the Little Red Truck Early Spring Market returns to Bozeman. Held at the Gallatin County Fairgrounds, where you’ll find 100+ vendors selling vintage items, homemade goods, and one-of-a-kind pieces of art.

February is also prime season for sled dog races, an incredible experience if you’ve never seen one. In Montana, as one might expect of a region so snowy, these races are a legitimate sport with incredibly stiff competition. Early in the month, the Race to the Sky Sled Dog Race kicks off in Helena.

This 350-mile race is a qualifier for the Alaskan Iditarod, and usually features about 25-35 teams of dogs and mushers, though not all of them finish. Rounding out the end of the season in the Flathead Classic, which also showcases intermediate events for amateurs to compete.

If you want to try your own hand at dogsledding, local tour companies Dog Sled Adventures or Yellowstone Adventures can show you the ropes on a trek or tour.

Things To Do In Montana In February 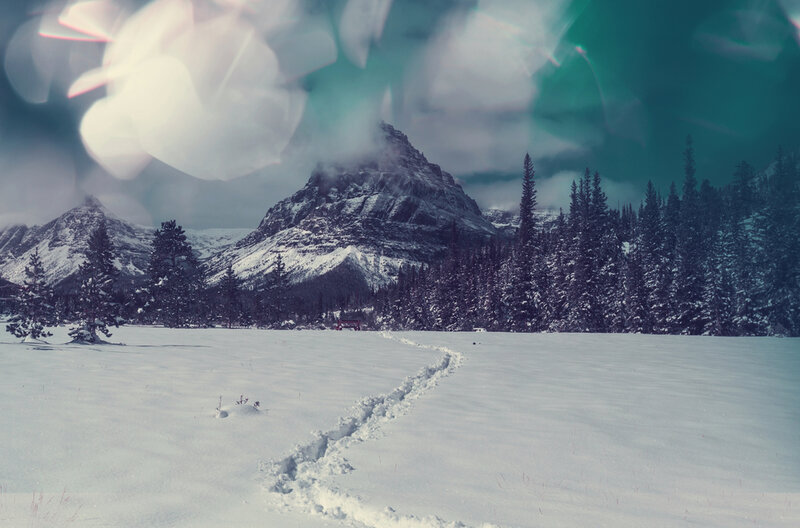 Winters in Montana are prone to storms, and when the weather sends you indoors, there are still plenty of ways to connect with local communities and experience the local culture. Montanans are the perfect combination of friendly and proud of their state, so it’s easy to walk into a local bar and leave with new friends a few hours later.

Montana has several historic bars, many of which have been open since the mid to late 19th century, some carry the accolade of maintaining a thriving clientele even during prohibition. During the gold rush and the construction of the railroads, bars out here in the wild west offered more than just a place to enjoy a dram, they acted as union halls, post offices, and sometimes even as ad-hoc banks: bartenders were known to cash workers’ paychecks from the reserves of cash they had on hand.

Today, these bars still offer a singular sense of community and represent a valuable part of Montanan culture. While any town may have a notable example, there are a few in the state that exemplifies this legacy.

Certainly, the Palace Bar in Havre, home to the oldest back bar in the state, has been around so long that no one – not even the current owner – is exactly sure when it opened. And the Mint in Livingston, though it was the recipient of a significant face-lift, still has many original details remaining, like the mosaic-tiled floor and some of the incredible signage.

But no historic bar in Montana has quite the story and the accolades of the Bale of Hay Saloon in Virginia City. It originally opened in 1863 and is indisputably the oldest bar in the state. Luckily for winter visitors, it still has its original wood-burning potbelly stove that the proprietors keep roaring well into April.

Virginia City was one of the biggest towns in Montana during the gold rush, but when the mines fell into disuse, it became little more than a ghost town. Somehow, the Bale of Hay survived, and even offers nightly Ghost Tours for visitors interested in knowing more about the town’s infamous past.

Planning Your Trip To Montana In August