October is the time of year in Montana when folks begin to prepare for winter. Lodges close to get ready for ski season, and communities enjoy the spoils of the harvest. The end of the month is Halloween – which Montanans take pretty seriously – and all over the state, you’ll find a variety of celebrations for kids and adults, replete with costumes, music, and plenty of Halloween candy.

If you’re planning a trip to Yellowstone, note that the remainder of in-park lodges close in October. Beginning with Grant Village, Lake Yellowstone Hotel, and the Old Faithful Lodge in the very beginning of the month, and culminating with the Old Faithful Snow Lodge which closes the morning of Halloween.

But don’t let this deter you from visiting Yellowstone. October in the park is a fascinating time: mating season continues for the park’s animals and the leaves on all the aspen trees have turned bright gold. Most roads and trails should still be open with a couple of exceptions. Dunraven Pass – the road that connects Canyon Village to Tower Fall – and Beartooth Highway both close annually for the season in mid-month.

And by October, Universities are back in session which means young people have returned, especially in Bozeman, Billings, and Missoula. You can expect the bars to be lively, with fun tournaments and games that students enjoy, and more small events like live music and other performances pop up around town. 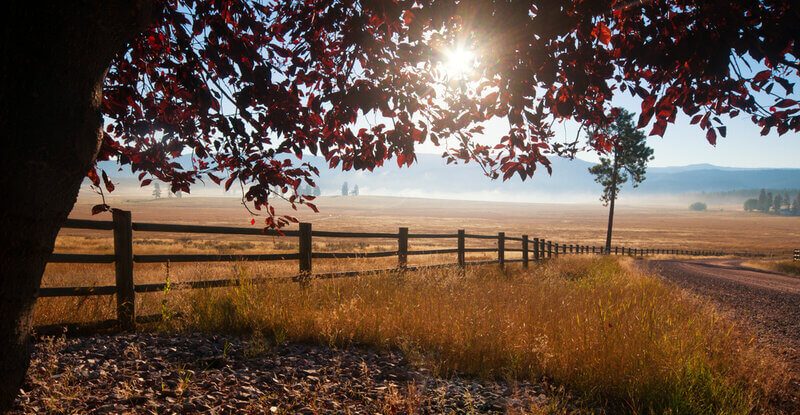 October is when the weather starts to get chilly in earnest, and you can expect the very warmest days to hover around 60º at the most. Nights can get downright cold, especially at higher elevations, so it’s best to be prepared with some cold-weather gear. The first few in-town snowfalls occur in October as well, which, depending on what type of weather you prefer, can be either magical or an ominous portent of the winter to come.

Travel to Montana in October 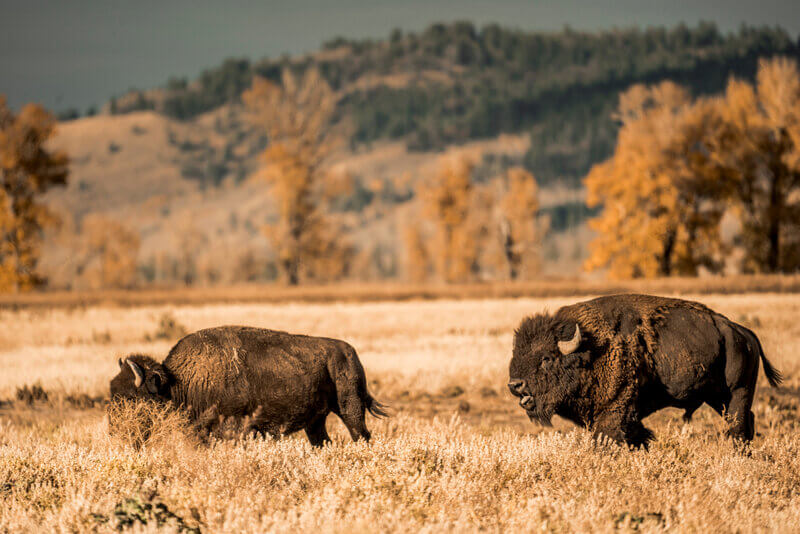 In October, prices for mid-week flights between Seattle and Los Angeles to Bozeman drop considerably, while flights originating in the south get much more expensive. Flights from the east coast and New England can be hit or miss depending on what day you fly, but some vigilant searching well in advance could provide some excellent deals.

Roads will still be open and accessible, so a road trip to Montana in October is far from out of the question. This is also a great time to bring your RV, as most facilities that accommodate them will still be open, and most likely have plenty of room to host you as the high season has already ended.

Events In Montana in October? 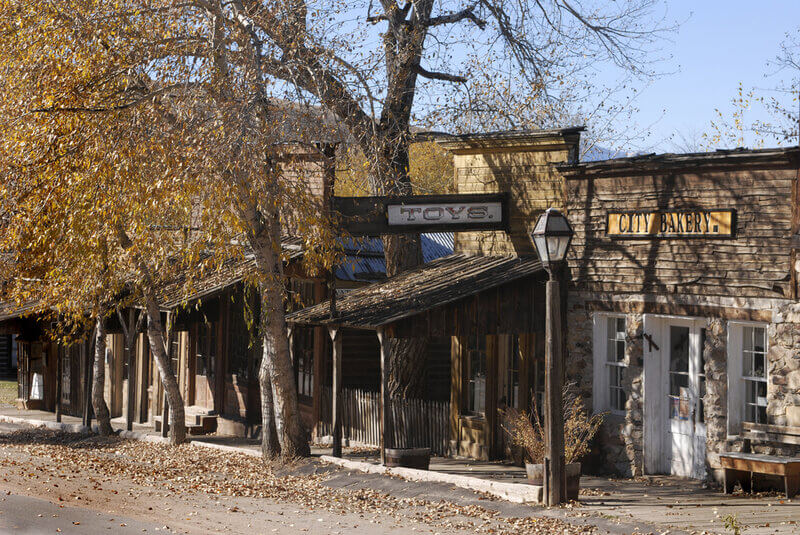 The Pacific Northwest has a vast agriculture industry, and though the logistics of the annual harvest aren’t near as quaint as they used to be, Montanans still find ways to celebrate. Probably the most interesting harvest festival in the state is the McIntosh Apple Day Festival.

Held annually on the first Saturday in October, this daytime festival features a vast farmers market, a silent auction, live music, and all-things-apple, especially apple pie. It’s immediately followed by Liquid Apple Night, where hard cider brewers from all over the northwest gather on the lawn in front of the Ravalli County Museum for a night of cider sampling, live music, and food.

Markets are pretty popular this time of year, and Montanans treat them like a last hurrah of sorts for this type of event until the spring. Of them, both the Prairie Sisters Fall Vintage Market in Great Falls and the Big Sky Autumn Art and Craft Show in Helena are perfect places to find unique souvenirs. While the former occurs at the beginning of the month, the latter occurs annually closer to the end.

Bookending the month is Halloween, and there are tons of ways to celebrate in Montana. Whether you’re into costume contests, haunted houses, or trick-or-treating, you’ll be spoiled for choice in Montana around Halloween, particularly in its biggest cities like Missoula, Billings, and Bozeman.

In Red Lodge is Fright Night in the Yellowstone Animal Sanctuary. This annual Halloween party allows you to see nocturnal animals at their liveliest on guided tours while enjoying a costume contest and live music. Billings also hosts an animal-themed Halloween party at ZooMontana called Montana Boo at the Zoo. This daytime event has tons of activities for kids like games and performances, and of course, there will be lots of candy.

Things To Do In Montana In October? 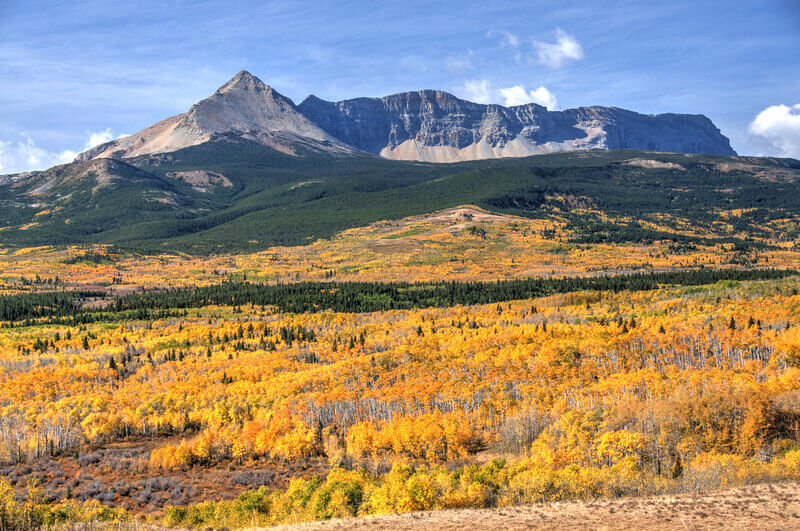 Because a lot of the facilities will be closed, you can take advantage of reduced ticket prices at Glacier National Park, which makes October the perfect time of the year to go. Not only is it much cheaper and far less crowded, but fall will be in full effect, meaning the leaves will be decked out in orange and gold.

Backcountry and thru-hikers visiting Glacier in October can reap the rewards of fall in the park as well. Backcountry permits, usually difficult to acquire, are much easier to get as demand for them thins. Without the heat of summer, some of the more technical, high-altitude climbs become much more attainable, though keep in mind that snow flurries occur frequently in October at higher elevations.

Yellowstone too might just be ideal this time of year. While temperatures have surely dropped and many facilities are closed or will be closing soon, this is one of the most placid beautiful times of year in the park. With visitors to the park at a minimum, incredible fall foliage on display, and temperatures that are frequently still above freezing, this is the perfect time of year for well-equipped, adventurous backpackers to experience the best of Yellowstone in relative solitude.

October also presents a great opportunity to spot a grizzly or a black bear, as they, like the populace of Montana, are preparing for winter and are more frequently out and about.

If you do plan on visiting Yellowstone in October, a quality camera may prove a wise investment in anticipation of your trip. The combination of opportunities to see bears and other wildlife, the leaves at peak vibrancy, and the hot springs and geysers at their most colorful provides perfect fodder for even an amateur shutterbug.

Plan your trip to Montana in October