March is right between Montana’s summer and winter high seasons, but rather than think of this time of the year as not ideal, it’s actually more like having the best of both worlds. While you may still find snow on the ground, about half of the month you’ll be privy to crisp, bluebird days, perfect for exploring Montana’s cities or low elevation state parks.

March is also well within ski season; some of the most famous ski resorts like Big Sky and Whitefish will be pleasantly devoid of tourists, and you may even find a deal or two on accommodations, lift tickets, and equipment rentals.

If you’re planning a Yellowstone visit, be aware that the only road open into the park in March is the north entrance near Gardiner. Luckily, this is the part of the park that bears hundreds of geothermal springs, many of which turn different colors in the winter as the temperature makes different forms of bacteria and algae bloom within them.

While some of the higher elevation trails will still be inaccessible, there will still be a lot of traversable trails open for hiking, snowshoeing, and cross-country skiing. Rental facilities inside of the park are closed this time of year, but If you don’t have your own gear, you can rent equipment at Park’s Fly Shop in Gardiner.

Lodgings inside Yellowstone are also closed in March, as this is the time they shutter after winter and prepare for the summer high season. Be prepared to find a hotel in Gardiner, or West Yellowstone.

In this article, we will take a closer look at Montana in March, including the weather, activities, and events.

Your Guide to Montana in March 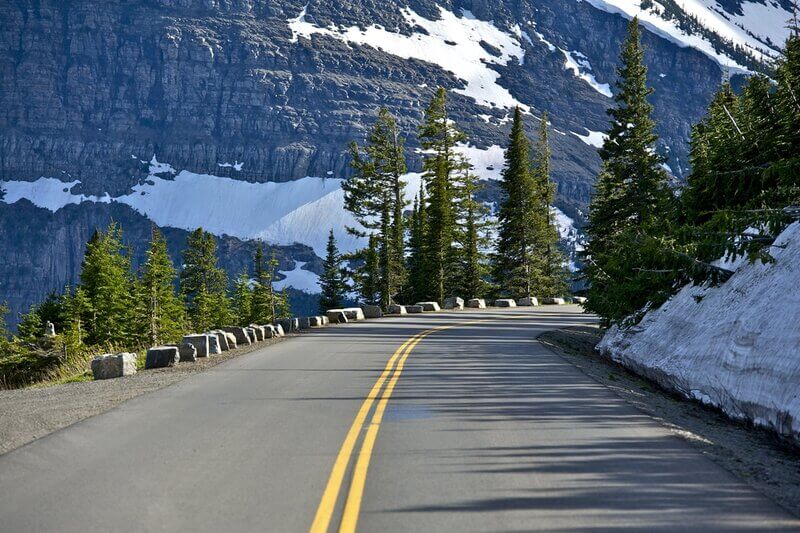 In many parts of the United States, this time of year signals the first inklings of spring, but Montana weather in March could still be snowy and cold depending on what part of the state you’re in. At higher elevations, snowfall is almost a given, while in the valleys the weather can fluctuate between crisp and bright or pouring down rain.

When you’re packing, be sure to include lots of options for the notoriously unpredictable weather this time of year. In particular, some good-quality rain gear is a must.

Travel To Montana in March 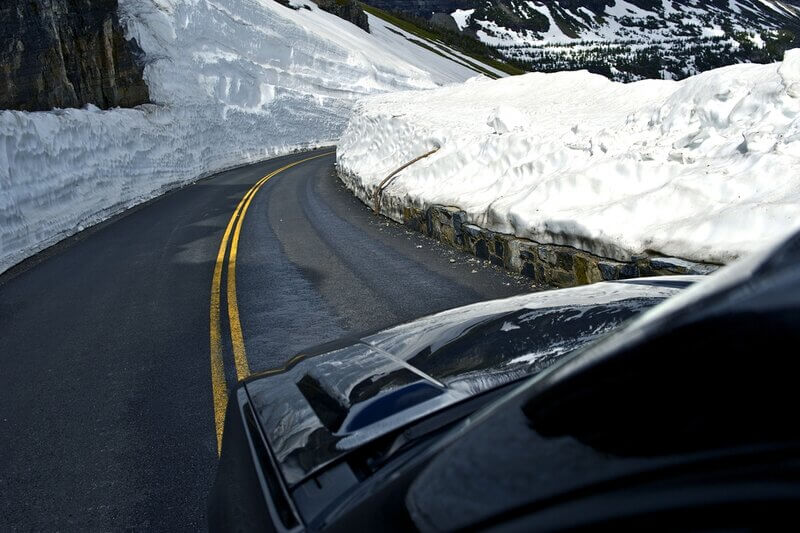 Keep in mind that if you’re planning on coming by car, March still falls within road reporting season which lasts between November and May. On the upside, it’s extremely easy to track road conditions around the state by visiting the Montana Department of Transportation‘s website. On the downside, this means there may still be poor driving conditions and road closures to report.

Flying into Montana in March is fairly middle of the road as far as price. You’ll find the cheapest flights into Bozeman Yellowstone International Airport, especially from the west coast and Chicago. Delta, Alaska, and United Air dominate flights into Bozeman, though Southwest has also begun offering service to the city with some incredible deals on flights from Vegas.

Events in Montana in March

Toward the end of the month is the Big Sky Spring Arts and Crafts Show at the Helena Civic Center. As well as hosting nearly 100 vendors selling all manner of handmade artisan goods, this annual event doubles as a juried art competition. They produce two of these shows a year – one in the spring and one in the fall – so if you can’t make it to the one in March, you can try attending the one in October.

There is a considerable Irish community in Montana, so as you may assume, St. Patrick’s day is a big deal here. No city takes it more seriously than Butte, where about 25% of the population is a member of the Irish diaspora.

The annual St. Patrick’s day parade in Butte is quite the spectacle, and about 30,000 people attend every year. After the parade, head to the Quarry Brewing Company for their signature Emerald Isle Green Beer, which is only available exactly once a year on St. Patrick’s day.

And every year in March at Red Lodge are the Skijoring National Finals. If you’re unfamiliar, Skijoring is imported from Scandinavia and involves a skier being pulled along by a dog, horse, or even a motor vehicle. While it originated as a form of transportation, it now exists mostly as a competitive sport that is beloved by Montanans.

While the premise seems simple, modern skijoring can be dangerous and takes a tremendous amount of practice to execute skillfully, but the results are incredibly exciting for spectators.

Things To Do In Montana In March 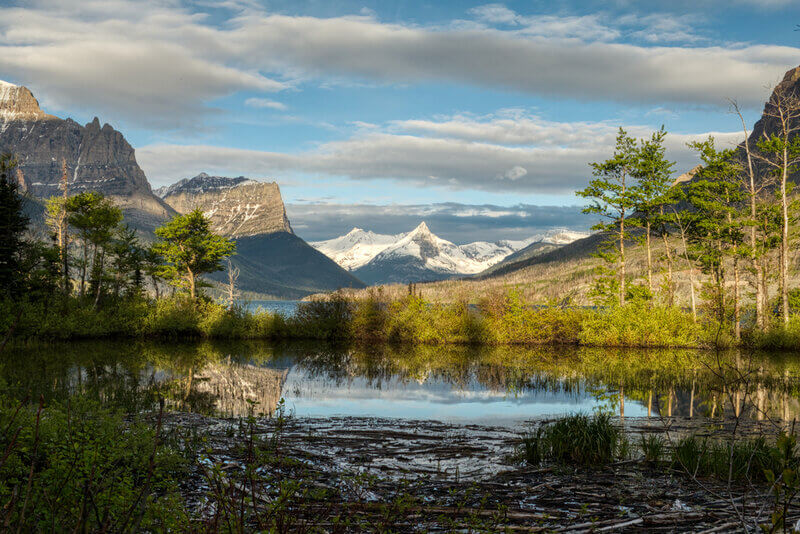 Since many of the roads that lead into more remote parts of Montana can still be closed in March, this is an ideal time to schedule a city break. In particular, Billings presents as a prime candidate as it isn’t as prone to cloud cover as much as cities on the other side of the continental divide.

Downtown Billings has enough to occupy you for a weekend or a week. If you’re looking for cultural attractions, your first stop should be the Yellowstone County Museum; it’s located right by the airport, so you could even take a quick tour fresh off your plane.

Of particular note among their exhibits is the 1890 Ghost Dance display. Through a variety of original objects, costumes, and educational materials, this exhibit tells the story of the indigenous pacifist movement that erupted in response to white colonialism in the Yellowstone Valley.

The Western Heritage Center honors a similar commitment to the preservation of the stories and histories of the region. In March, their popular Noon Lecture Series resumes for the year, offering an in-depth and unique insight into the local community.

If the weather takes a turn, you can stop by the historic Babcock Theater and see what cult-classic movie they’re playing that evening. Serving up vintage, crowd-favorite films most nights of the week, you’re pretty likely to want to stay for the show.

Billings is perfectly located for those who want to spend some time out of town as well. Two of the best state parks in Montana are within a stone’s throw from Billings: Lake Elmo, and Pictograph Cave. The latter in particular is a must-see when in the area; some of the pictographs in the caves and surrounding rock formations are as many as 2000 years old.

Planning Your Trip To Montana In March 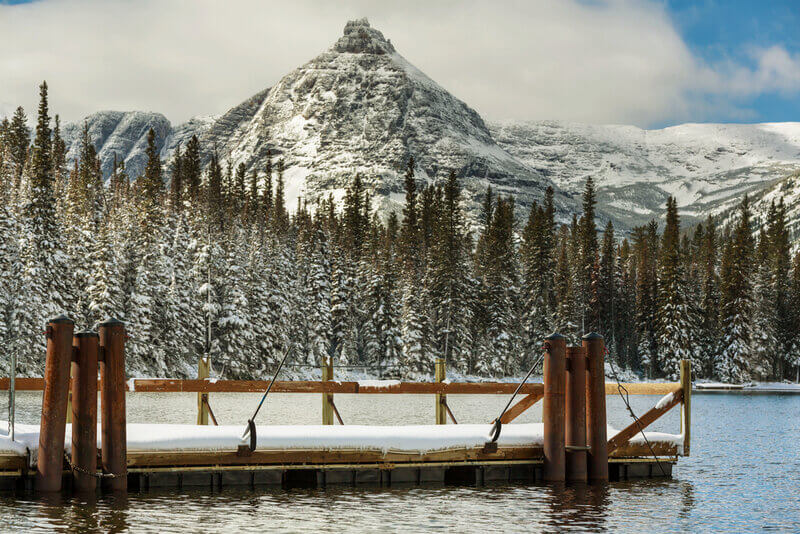