There is a stretch of mountain ranges running from Montana’s southwest Great Falls region to the Northern Bridgers. The Big Belt Mountains feature in the surrounding landscape of the capital Helena, which places them largely within the Helena National Forest.

The 80 miles of the range contains many peaks including 48 named ones and a stretch of the Missouri River cuts through the Big Belts, as do some areas of the Gates of the Mountains Wilderness–the only wilderness area within the region of the Big Belts.

This wilderness area contains some of the most prominent peaks within the Big Belt Mountains such as Sleeping Giant–also known as Beartooth Mountain.

The Helena National Forest map has complete coverage of the Big Belts and there is much interest in recreation in the mountain range stemming from the city and the other surrounding towns in the region, namely East Helena, Townsend, and White Sulphur Springs.

The geographical features of the landscape like the forested slopes, high open ridges, lake basins, jagged limestone escarpments, and narrow steep gulches in the canyons of the Big Belts give them huge recreation potential.

The mountains are admittedly not quite as high-reaching as some other Montana ranges, but they do happen to contain an excellent trail system and function as a great wildlife habitat. Snow leaves these mountains quite early on as well, which makes them inviting to spring hikers. 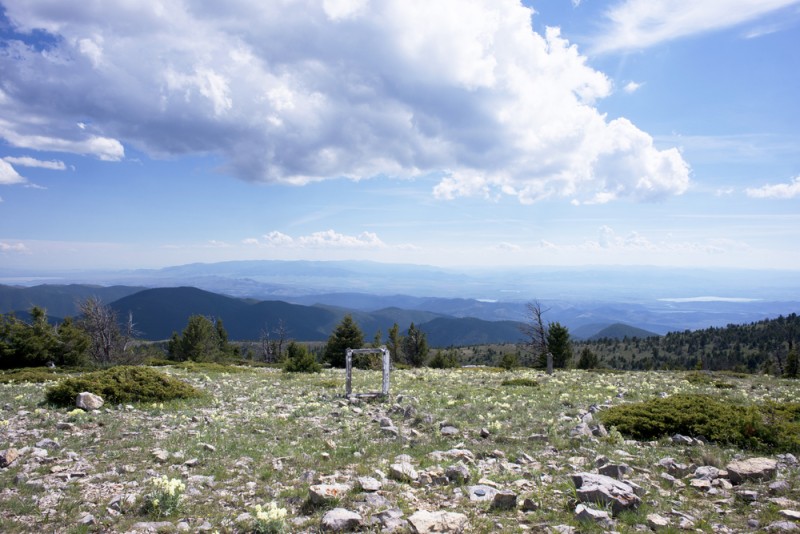 The Big Belt Mountain region has not been without its share of major fires. One of the most well-known in the entire history of the state was the Mann Gulch Fire which occurred downstream from Meriwether Campground rising out of the Missouri River’s east side.

Quite a few tragedies and deaths have occurred in the area whilst trying to fight fires. Another major episode resulting from a discarded cigarette caused almost 80% of the Beartooth Game Range to be razed to the ground during what was an exceptionally dry period.

Just a year after that in the summer of 2000, 30,000 acres in Cave Gulch and the Magpie Creek Road east of Canyon Ferry Lake went up in smoke. On top of that, around the same time, a large fire gained momentum in the southern tip of the range and scorched 10,000-plus acres of Forest Service lands. As things stand fires still seem to be one of the area’s common afflictions.

The most northern regions of the mountains can be accessed through Helena and York. If you head to York Road from Helena, off of Custer Ave, you are going in the direction of Trout Creek.

From Helena, head east on Canyon Ferry Road off Custer or take HWY 284 from HWY 287 to get to Canyon Ferry Road, which you can follow over the dam, through the development, and past Magpie Gulch staying on the main road.

You will soon start to see signs for the national forest. From the direction of Townsend, you should head east on HWY 12, going north on HWY 284 before the mountains. Follow the signs for Avalanche and Hellgate Gulches until you come to Jimtown Road near the north end of the reservoir.

Recreation in the Big Belt Mountains

The terrain is also suitable for Horse packing. The Big Belts are still popular for all forms of recreation though, especially in the Helena and Townsend areas. There is some motorized vehicle use of the area along with hiking, cross country skiing, horseback riding and other activities.

Aside from the tallest point Sacagawea Peak and the 6,700-feet highpoint of the northern horizon the Sleeping Giant–two more of the most prominent peaks in the Gates of the Mountains Wilderness are Candle Mountain (7443 feet) and Moors Mountain (7,980 feet). These two are clearly visible along with the unique Hogback Ridge (7,813 feet).

If you start looking a bit farther south, you’ll find the 8,942-feet Boulder Baldy and the just slightly smaller Boulder Mountain at 8,810 feet making their presence known above the surrounding forest.

A bit closer to Townsend, the two majestic kings of the range, 9,467’ Mount Baldy, at 9,467 feet and the imposing Mount Edith at 9,480 feet and one of, if not the most prominent mountains of the entire range.

Fishing in the Big Belts is possible but not massive compared to some regions. There is only one real lake in the Big Belt Mountains, located close to the highest mountains, namely Mount Baldy and Mount Edith.

A few smaller lakes do exist north of Mount Edith, and these small, alpine lakes can be reached via the trail from Duck Creek Campground. Edith Lake is the biggest in size and is home to decent populations of small cutthroat trout.

Some of the best climbing to be found are in and around the vicinities of Beaver Creek, Trout Creek, Hellgate Gulch, and Avalanche Gulch. These places have more range from short single pitch road routes to multi-pitch backcountry lines.

With a spot of careful route planning and area selection, year-round climbing is accessible in all but the most brutal conditions. Winter Wall in Hellgate Canyon is ideal for sunny winter days. And in the summer months, some of the areas in upper Beaver Creek and Trout Creek are particularly nice.

It’s worth noting that a lot of these areas are also popular with the OHV crowd, and campsites (established and dispersed) can be busy on summer weekends. If you would rather indulge in a quieter climbing experience further away from the road and any OHVs, check out Beaver and Trout Creeks.

In and around the region of the Big Belt Mountains northern slopes is the more than 30,000-acre Beartooth Game Range, which is managed by the FWP. This is a haven for pretty much every Montana big game animal. Ospreys are not an uncommon sight along the range’s river border, nor are sizable herds of wandering elk.  The reserve can also be accessed from Holter Lake.

Wildlife is very much abundant throughout the Big Belt Mountains, including the feathered and the four-hoofed kind. You don’t have to worry too much about grizzly bears around here though.

Anyone who loves cruising the open Montana highways and taking in the various sights will find ample routes within the Big Belts. Access to the mountains is excellent between the highways across the mountains and their forest roads. Certainly, some of these roads contain the most spectacular scenery, and if you fancy stopping off you will find numerous hiking trails leading off from the roads in both directions.

Forest service roads of variable conditions run throughout the Big Belt Mountains, which are a popular place for anyone wanting to explore these mountain-traversing highways.

There are roads in two different directions from York, one which runs via Trout Creek to Vigilante Campground, and the other goes to Beaver Creek along the southern edge of the Gates of the Mountains Wilderness.

More than fifty miles of maintained trails permeate the mountains, and you can take your pick when it comes to preferred terrain. Candle Mountain is a popular and easy climb from Bear Prairie and has some rewarding views of the far-reaching landscape.

From the southwest corner of the region runs a 16-mile footpath. It winds through Refrigerator Canyon and across to Meriwether Landing on the Missouri River, which is a decent day-hike for some folk, and a 2-day, overnight in Bear Prairie affair for a few others.

Over the east side of Canyon Ferry Lake, the road to the Duck Creek Pass area takes you into a completely different and beautiful stretch of the range with a trail heading north from the pass in the direction of the ridgeline.

There is quite a drop via a path to the two boulder lakes on the north side, and if you head south from Duck Creek Pass you can pick up the trail leading to the summits of both Mount Baldy and Mount Edith. There are plenty of other trails that descend into the Birch Creek Basin, and more than ten lakes are accessible via hiking paths.

One of the most well-known trails with some of the best views has got to be the Divide Trail. You can hike along the crest of the range on this moderate 13.4-mile trail that starts out at the trailhead at Duck Creek Road.

It takes you up and into the wondrous alpine scenery. There are also some decent camping opportunities around here if you’re looking to stay for a bit longer.

You can take in some decent perspectives of the surrounding mountain ranges from this moderately-trafficked rail which has plenty of access to other areas, including Boulder Lake. This trail is best used in summer and fall hikes.

Gates of the Mountain Wilderness Area

The Gates of the Mountain Wilderness Area contains more than 50 miles of its own trails within Helena National Forest. The Refrigerator Canyon Trailhead is one of the main starting points for trips into the wilderness on foot, and once you leave the main road, you can find plenty of solitude in the mountain trails.

Big Log Gulch is one such trail. It is rated intermediate and starts about six miles west of the small Montana town of Nelson near the Missouri River. The trail gradually climbs along the bottom of the gulch and heads through both burned and unburned areas near the creek.

There are mountain meadows resplendent with wildflowers and you can get some great views into Meriwether Canyon from this route. The upper trail is reasonably well-maintained and has nothing too difficult by way of any stream crossings.

The 6.5-mile Meriwether Canyon Trail is rated as way more difficult and starts out at the Meriwether Picnic Area. The trail leads from the river, past the picnic area, and into the canyon, winding mainly close to the canyon for the first couple of miles.

The trail heads out of the creek bed after a few miles and makes some big switchbacks up towards the saddle at the top. The middle part of the trail contains remnants and signs of past fires, and you can expect some deadfall across the trail which may not be that easy for everyone to navigate.

The trail becomes a little easier to follow the further you go up until you come to a saddle where you can get some wide-open views of the surrounding wilderness. The trail drops down the eastern face after that, sticking along the ridgeline south until it connects with the Big Log Gulch Trail.