The Bitterroot Range forms part of the Northern Rocky Mountain section along Montana’s border with Idaho. The range stretches for 300 miles and contains peaks with average heights of around 9,000 feet.

The range contains three groups of mountains, with the Bitterroot Mountains being the largest and best known of the peaks. It is worth considering that there is some degree of confusion surrounding the range and the mountains regarding their respective names.

The most rugged peaks in the Bitterroots, which lie somewhere in the region between Lolo and the Lost Trail Pass, are often referred to as the Montana Alps. Certainly, the glacier-formed horns and ridges, along with the granite peaks so popular with climbers, do contribute toward various alp-like scenarios.

Also known as the Northern and Central Bitterroot range, the mountains border Lolo Creek, Clark Fork, the Bitterroot Valley, and the Bitterroot River. The mountains have long and somewhat challenging approaches—especially the major peaks—and are considered some of the most impenetrable in the entire country. The exception is some regions of the foothills like the Selway-Bitterroot Wilderness.

In Montana’s southwestern regions, the Bitterroots are a point of attraction for anyone seeking recreation. Along with some unique and impressive mountain peaks, you can find wildlife like bighorn sheep, elk, deer, bears, and mountain lions wandering around. There is certainly plenty of climbing, mountaineering, and hiking opportunities.

On the peaks between the Lolo and Lost Trail Passes alone explorers are unlikely to run short of new territory to experience. To the east are the somewhat gentler foothills that lead up to the Sapphire Mountains. The heart of the Bitterroots runs through various national forests, including the Bitterroot National Forest.

The area around this forest is drained by tributaries to the east and west sides of four different waterways—the Columbia, Missouri, Clearwater, and Salmon Rivers.

The mountains are popular for winter recreation as they are easy to access. To get there from the direction of Bozeman, head west on I-90 and then take a turn onto Highway 93 after Missoula. This connects you to MT 200, which runs through the valley between the Bitterroot Mountains and the Cabinet Mountains.

You can also use I-90 and head west before turning east onto MT 135 which again connects to MT 200. The southern part of the Bitterroot Mountains is accessible on HWY 93 in Missoula. 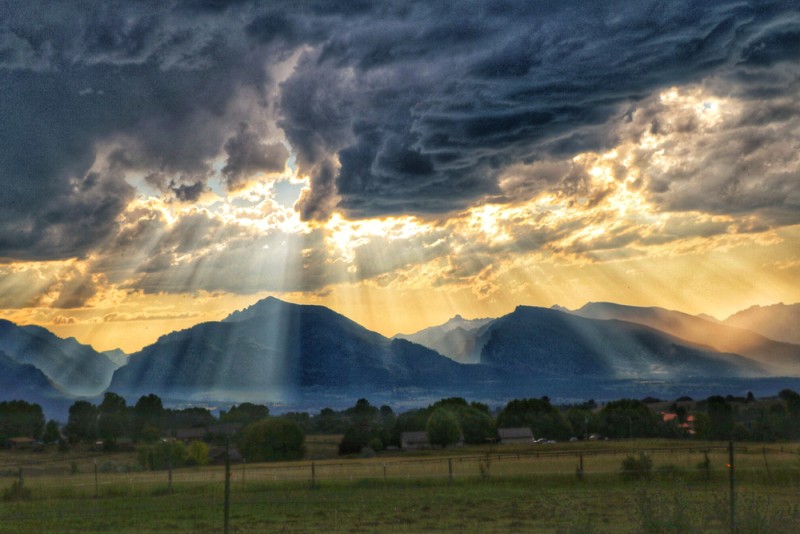 Recreation in the Bitterroot Mountains

The Bitterroot Mountains are available for adventure throughout the seasons, and they contain 1,500 miles of trail perfect for hiking, biking, horseback riding, and a few other pursuits.

Winter explorers head in for backcountry skiing and snowboarding, accessing the trails and meadows easily along with snowmobiles and anyone in snowshoes.

There are three designated biking trails of varying terrain and levels of difficulty throughout the Bitterroot Mountains. If you get anywhere near the boundaries of the Selway-Bitterroot Wilderness area though, you should consider that no bikes are allowed. You might make a note of the wilderness area boundaries before cycling your way across them.

Plenty of mountain streams and alpine lakes dot the Bitterroot Mountains. These lakes are reasonably well-stocked with trout, although many anglers heading to the region of the Bitterroots do tend to head down to the Bitterroot River to the east of the mountains in the Bitterroot Valley.

The river winds through the valley and is home to a variety of fish although the majority are likely to be trout like rainbows, brook, cutthroat, bull, and even brown.

There are 14 fishing access sites to the river throughout the valley, and you can fish up or down the river via public access or maybe even book a guided trip with an experienced local outfitter. Permits are necessary though and you can pick them up either at local fly shops or in advance from the FWP (Montana Department of Fish, Wildlife, and Parks).

Some climbers camp at the trailhead for the standard route of Trapper Peak. There is no water available though, they just find what they believe to be decent undesignated spots a mile or so from the trailhead. If you do want to camp when climbing the peak some of the best camping spots are in the areas surrounding Baker Lake and Gem Lake, depending on your route.

Some fishermen may choose to camp in sites down in the valley next to the river like those at Deep Creek Campground. This campground is somewhere along the banks of Deep Creek and the Bitterroot National Forest. There are 3 sites available there on a first-come, first-served basis. Tents, campers, and RVs are welcome. Toilets and water are available, as are picnic tables and fire rings.

There are no less than 30 campgrounds including some suitable for RVs in the region of the Bitterroot National Forest open from Memorial Day through Labor Day, and in the Bitterroot Valley regions you can find popular stop-over campgrounds such as the following:

Hiking Trails in the Bitterroot Mountains

The Bitterroots have more than a few amazing summit hikes. Popular for climbing, hiking, and mountaineering, regions like Lolo and the Lost Trail Passes are constantly roamed by both experienced locals and first-time visitors.

Most of the main Bitterroot Trails are focused around Trapper Peak, and although a lot of the hikes can be long and high, shorter day hikes can still be found.

Trapper Peak is one of the most-climbed Bitterroot Mountains, mainly due to its convenient location not too far from the sizable Missoula population. Some will climb and others will hike, and the high but short trailhead of Saint Mary Peak is popular with its fire lookout tower at the top. Although the highest peak in the Bitterroot Mountains, Trapper Peak is not actually that much of a challenge to climb.

There are many routes to the top of varying difficulty, including Trapper Creek Peak Trailhead. Whichever trailhead you decide on from the main one will depend largely on your preference of route and how much elevation you are looking to hike.

If you start out from the Trapper Creek Trailhead, prepare for serious elevation gain in order to reach the summit, and prepare yourself for a spot of extreme serious route finding. There are five different routes up to the summit of Trapper Peak.

Many hikers and climbers visit Trapper Peak’s summit throughout the year, although most will do so when there is no snow in evidence. In fact, it is highly likely that the drive up to the higher trailheads won’t even be possible when snow hits the access roads during winter and early spring. Trapper is a popular winter destination for backcountry skiers.

The skiers will most likely access the summit regions via some variation of the standard route. The standard route is also one of the safest in skiing terms as it mostly follows a ridge-crest until it reaches the open and wind-swept area around the summit where there is little chance of catching any potential avalanche.

This 2.5-mile trail is an out and back trail a little bit on the steep side. The rugged trail is quite short though so not too much to sweat about, and the small Baker Lake is a decent enough spot for lunch. The trail is rated as moderate and features some rather striking wildflowers and the option of a couple of other activities.

The best time to use the trail is between July and September, and you can reach it from Missoula by heading south on HWY 93 past Darby then taking a right on West Fork Road, and another at Baker Lake Road, and right again for the next to two forks. The trailhead is up ahead although you might find the parking to be limited.

This trail leads you on a moderate 1.5-mile climb to a waterfall. So as you can imagine, this short, scenic, and moderate trail is a popular one, with most of those undertaking the walk stopping off at the waterfall, maybe for some lunch or even some fishing. If you want to go further, you can go for any of the trails forking north and south out of the Creek.

At less than an hour away this is actually a common hike from Missoula. To get here head onto HWY 93 south just past Victor, then go right on to Bear Creek Road and right again on to Red Crow Road. There is a junction about a mile away from where you take a left for the last 3 miles to Bear Creek trailhead.

Mill Creek Trail is slightly more than a one-mile, moderately-rated, out and back trail with moderate traffic. The trail is mostly used for hiking and walking, as well as for nature trips and birding. There are minimal changes in elevation and the trail is well-defined, which makes it excellent as a picnic location.

After about three miles you will catch sight of an incredibly picturesque waterfall-over-a-pool scenario. The trail is best used between July and October and dogs are allowed if kept leashed.