The Livingston Range is situated in north-western Montana, just south of the border with Canadian provinces Alberta and British Columbia. It is a collection of more than 40 peaks mostly within the boundaries of Flathead County, including at least 15 summits over the 9,000-feet mark.

Lying to the west of the Continental Divide, the range is located within a particularly mountainous stretch of the state, to the point where it is surrounded by other mountain ranges. These ranges comprise the Central Montana Rocky Mountains on all sides, and the Lewis Range borders it to the eastern side and southern end.

On top of that, a few other mountain ranges by way of the Purcell Mountains and the Cabinet Mountains lie to the west in the Flathead National Forest and the Kootenai National Forest regions, while to the north the peaks of the Canadian Rockies are apparent. The majority of the Livingston Range is actually included within the boundaries of Glacier National Park, across the western section.

The history of the region includes the Confederated Salish and Kootenai Tribes, along with the Cheyenne, and the Shoshone, who are among those known to have lived in the region for hundreds if not thousands of years. These people were edged off the land around the time of the late 19th century.

Fur trappers from Europe already started to move into the area by the early 19th century, before the Lewis and Clark Expedition turned up not too far away. Homesteaders came into the area with the occurrence of the expanding Great Northern Railway, although the Lewis Range seemed to get more attention and development than the more remote Livingston range.

There are still other nations such as the Blackfeet Nation who consider the region of the Livingston Range to be part of their ancestral homelands and heritage. The Blackfeet Indian Reservation is these days located to the east of the range, after signing a treaty with the US Government that wished to acquire some of the lands to the east of the Livingston Range for mining purposes.

Eventually, the area was re-designated as a national park in 1916, and in 1932 both the Livingston Range and the Lewis Range were included in the new Waterton-Glacier International Peace Park. This is now a Biosphere Reserve and UNESCO World Heritage Site including national parks from both sides of the border. 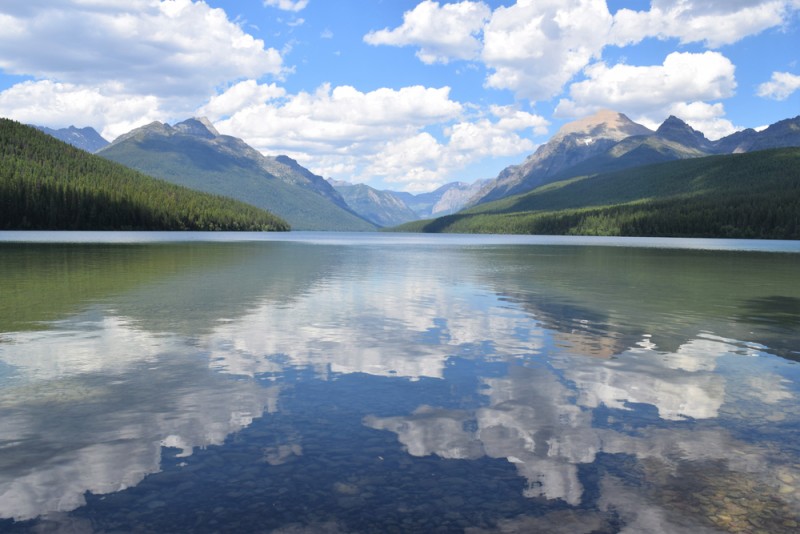 Recreation in the Livingston Range

The range is actually quite remote compared to other Montana mountain ranges. So if you are a fan of the glacier-formed type terrain of the state’s Glacier National Park you’ll love some of the areas of this section of the Montana landscape like the secluded lakes and remote trails. 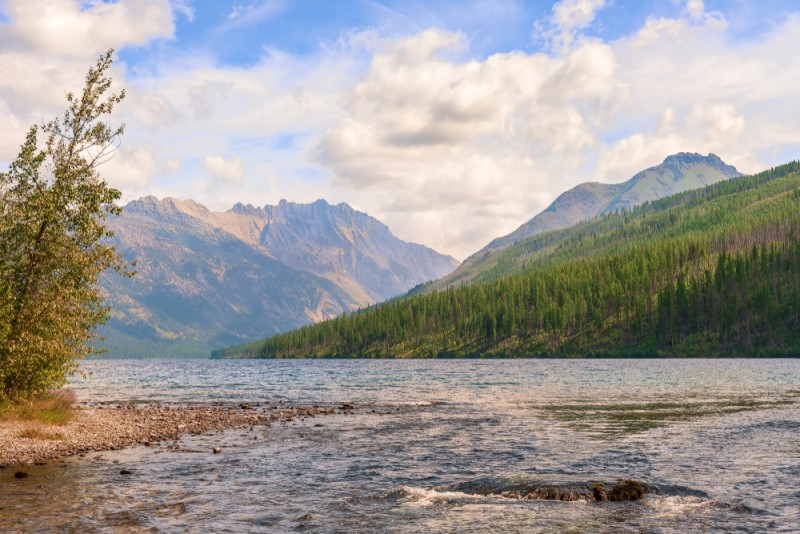 Bowman Lake is located within the Livingston Range, as well as Glacier National Park, in which it can be found in the North Fork region. Snowmelt is the only incoming water to the 7-mile long body of water, which actually gets much less attention than it deserves.

This is largely due to a rather undeveloped and less-than-smooth access road. Those who do make their way up to the lake are likely to find it provides some decent fishing and boating opportunities, not to mention trails, campsites, and wonderful surrounding natural scenery.

Fishing Bowman Lake is a popular activity and there are plenty who come in search of small cutthroat trout, kokanee salmon, and the occasional bull trout. Motorboats of 10hp or less are allowed, and kayaks and canoes are available, as is the use of a boat ramp.

The Glacier National Park regions of the range are as good a place as any to consider camping. Lake McDonald Valley across to the west side is a decent and popular spot with plenty of quality sites, although they will be slightly more expensive than normal in this area of the park.

The valley area is full of hiking trails, plants, and animals, along with a few historic chalets, including the grand Lake McDonald Lodge. There are four campgrounds in this region as well as a visitor center.

Apgar Campground is the biggest in the national park with 194 sites. The name comes from the fact that it is near Apgar Village, where some of the main amenities are. The campground sits among trees for both shade and privacy, and both tent and RV campers stay here.

Amenities include potable water and flush toilets in restrooms with sinks with running water, and some showers are available. There are lots of trails within the vicinity of the campground, which is one of five in the park that takes reservations. Fees per night are approximately $25.00 at these sites.

Avalanche Campground is another option in the park and is located west of the Continental Divide, nicely nestled among some cedar and hemlock trees. The campground has 87 sites and is accessible for both tent and RV campers, with some restrictions on vehicle lengths up to 26 feet in 50 sites.

Amenities include potable water and restrooms with flush toilets, sinks, and running water. Sites at this campground are operated on a first-come, first-serve basis, and fees are $20.00 per night.

Fish Creek Campground is on the west side of Glacier National Park a couple of miles from Apgar Village, and with 178 sites this is the second-largest campground in the park. It is one of the campgrounds that take reservations and has sites that are nicely surrounded by trees for shade and privacy, ideal for both tent and RV campers.

Amenities include available potable water, restrooms with flush toilets, sinks, running water, with some access to showers, and fees are around $23.00 per night.

All tents it is here though, as no towed units are permitted. Amenities include accessible potable water, restroom facilities with flush toilets, sinks, and running water. Here is also a picnic area and other facilities like a camp store and restaurant, and Sprague Creek is one of the campgrounds where reservations are possible.

Bowman Lake Campground is 30 miles from the west entrance of the park and contains 48 sites. This is a first-come, first-served campground with amenities that include access to potable water in peak season, as well as pit toilets and a picnic area. This campground provides a peaceful respite for many who have been out on the lake all day fishing, boating, or hiking around the trail.

Peak Season is around late May to early September, and the sites are $15/night with a 7-night limit on stays. The campground is still open between September and December with lower fees of $10.00 per night, but there is no access to water during this off-peak period.

Hiking Trails in the Livingston Range

A lot of the Livingston Range is pretty remote, but there are some decent hiking opportunities in the area. Here are a few examples of what you might expect from some of the best trails in the region.

This trail sets off from the Bowman Lake Campground and is a fairly steep, moderate 5.6-mile route. As with any decent trail with gradients, there are some rewarding views to be had as the route ascends almost 3,000 feet. Numa Ridge is a great lookout point with amazing views, and once at the top, you can either set up camp to enjoy the views or maybe keep going towards the summit.

This is a 7.5 day hike that heads in the direction of Lake McDonald’s western shore, the round trip being double the distance. There are minimal elevation gains along this route, and it features some top views of the lake and its surrounding area.

The Mount Brown Lookout Trail is a steep and challenging hike rated as difficult. It starts out at the Sperry Trailhead and gains immense elevation over a short stretch of 5 miles or so. It does reward the climber with some pretty great views of the Livingston Range though, including those from a lookout with amazing vistas on Mount Brown.

The original Sperry Chalet dated back to 1914 and was one of two remaining backcountry chalets from that period in Glacier National Park. The chalet did actually burn down in 2017 after a fire that stemmed from a lighting strike—although it was reconstructed over the next couple of years.

If you fancy staying in the chalet during the summer season it is reservable, although you might consider that it is only accessible by this 6.3-mile hike.