Montana is a prime tourist location with many travelers coming to spend time in either Yellowstone National Park or Glacier National Park. There is also a rich culture steeped in the Old West, the gold rush, and dinosaur discoveries. 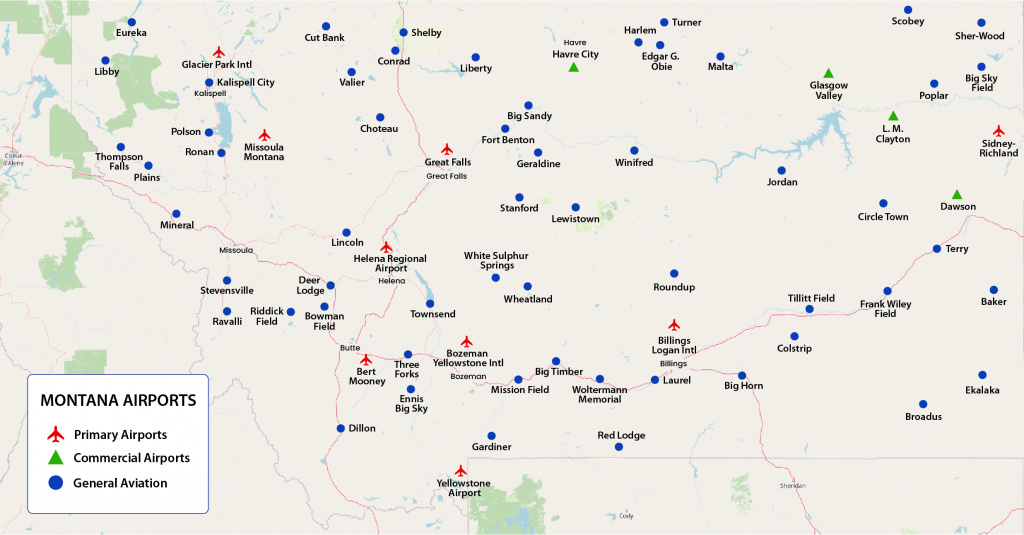 More on Airports in Montana

Deer Lodge is a small city in Western Montana nestled between meadows and mountains. This town…

This Southwest Montana city lies in the valley surrounded by Deer Lodge National Forest, at the…

Havre is a small railroad town with rolling plains and mountain peaks. Visit its many cultural…

In Northwest Montana lies Kalispell, the gateway to Glacier National Park. Kalispell is the perfect destination…

Helena, the queen city of the Rockies, is Montana’s capital. Established as a gold camp in…

Are you planning a trip and looking for airports near Butte, Montana? Check out the five…

Are you looking for airports near Whitefish? Check out the 6 closest airports to Whitefish, Montana!…

While the ticket price and travel dates take the center stage, there are other important factors…