The region around the Missions branches into federal and tribal land overseen by both the Flathead National Forest and the Confederated Salish and Kootenai Tribal Recreation Department.  The Mission Mountains are in fact unique in that two different wilderness areas protect much of them.

The nearby Jesuit Mission–St. Ingnatius–apparently played no small part in the naming of the mountain range. In fact the Mission Mountains were christened once the mission was first established in 1854.

The mountains are easily accessible, and the entire region has been a designated wilderness area since 1975, which means all wilderness area regulations apply to anyone visiting. The Missions are something of an entry point to the Mission Mountain Wilderness Area.

This area covers more than 70,000 acres of land and is a haven for outdoor recreational activities of all sorts. Anyone looking for some fishing will find this whole expanse to have the highest density of alpine lakes in the Northern Rockies. There is no shortage of waterfalls either, including the likes of Mission Falls with its 1,000-foot plunges.

The Mission Mountains themselves present rugged terrain and snow-capped peaks. They come complete with small glaciers, various slopes and cliffs, and elevations upwards of 4,500 feet that reach 10,000. The main one, McDonald Peak, is on the Flathead Reservation side of the Mission Mountains, to the west of the range.

This land was traditionally used for hunting by various native peoples, and it is one of the few areas of the mountains closed between July and September in order to avoid potential confrontations with bears. And there is a very real possibility of an encounter with a grizzly or maybe a black bear, as well as other forms of wildlife such as deer, elk, and the odd wolverine.

It is certainly a wilderness experience in every sense of the word, including recreation-wise, although a permit is required for any recreation on tribal lands.

You won’t find too much by way of foothills below the jagged peaks of the Mission Mountains, which may be one of the reasons they are sometimes referred to as the Montana Alps. They are accessible by Hwy 93 or Hwy 83 as well as a few forest service roads, by taking the turn for the Mission Reservoir Road on the north tip of St. Ignatius.

Head 3 miles east, taking a right a further mile down the road, then go left for the Mission Dam, where you’ll also find the campground and trailhead. Access to some areas of the Mission Mountains may be restricted by winter weather conditions, even though the region is open for access all year.

Guide to the Mission Mountains

The Mission Mountains, also known as the Mission Range, is a range of mountains found within the Rocky Mountains. The highest peak in the Mission is Mcdonald Peak at 9.820 ft (2,900 m). 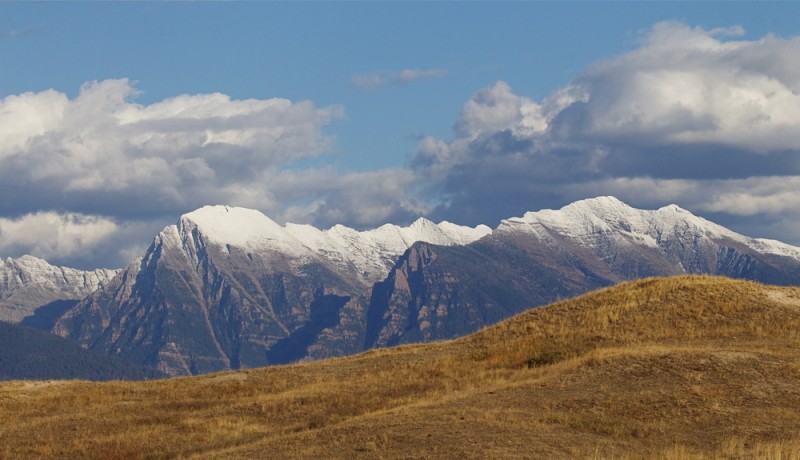 Recreation in the Mission Mountains

The Mission Mountain Range covers some very wild and untamed wilderness. Even so, the trail mileage is limited to less than 50 miles, with no loops to speak of.

On top of that this wilderness area has various prohibitions and other restrictions—like no use of any vehicles—which may have something to do with the much lower numbers of visitors. And, the terrain is just a touch too much on the steep side for any consideration of horseback riding.

If you fancy trout fishing the alpine lakes of the Missions, you won’t be too disappointed with the options. You do need a permit from either a local fly shop or the FWP. Overnight camping is not that widespread in the Mission Mountains compared to other regions, and there are a couple of reasons for this.

First, there are camping restrictions n place on some of the more popular lakes. Second, the Mission Mountains have very steep increases in gradient and tend to be on the rocky side.

In terms of organized camping, look out for guidelines on permissible spots to pitch your tent—as there are restrictions, like near Glacier, Turquoise, and Upper and Lower Cold Lakes. You can find all types of camping in the Mountain Wilderness Complex though, including dispersed camping, campgrounds, cabins, and group camping options.

Much of the area contains big game in decent numbers. Many hunting enthusiasts come to the region for just that reason in the national forest portion of the Mission Mountains. More information, including permits, is available from the FWP.

Most of the prime regions favored by elk hunters are publicly accessible during hunting season. One of the main factors restricting access to elk is the remote character of some of the land around the National Forest and the Wilderness boundaries that they tend to inhabit.

Hiking Trails in the Mission Mountains

The Mission Range admittedly doesn’t seem to cover much land statistically, but the relatively small 45-mile stretch still manages to contain an awful lot of adventure. The fact that the numbers of hikers are relatively low in the region means that you can also experience solitude.

Bear in mind that this is steep, rugged terrain that just won’t suit everyone. It doesn’t lean so much towards a leisurely, after-lunch hike, put it that way. There is lots of picturesque wild scenery to experience though like wildflower meadow scenarios and hikes that generally average somewhere between about 1.5 miles and 6 miles.

The main thing to know is there’s no loop so you have to think in terms of round trip and make the distances short or long to suit your hiking ambitions and preferences.

The Mission Reservoir Trail is 3.5 miles of out and back trail terrain not too far from Saint Ignatius. It is rated as moderate, and features plenty of scenery and picturesque views from the moderately-trafficked route.

The trail is used mainly for hiking and much activity along the lines of nature trips, and bird watching. The best time to experience this route is sometime between April and October, and you can bring your dogs if they are kept on leash.

Lucifer Lake is a 7-mile, out-and-back day hike-type scenario with moderate traffic. The route is also in the vicinity of Saint Ignatius and is usually rated as being for experienced adventurers only. The hike has been described as ‘brutal’ on many occasions, as you get to hike up some proper steep terrain.

Think more Indiana Jones-style rock climbing and stream crossings for this one. The route does offer its fair share of rewarding moments like views of some amazing waterfalls, and the lakes. The lake also happens to be a favorite of anyone looking to fish in the mountains, and it is apparently brimming with fish.

The trail is best used from March until October and it does have a few branches off that lead to a few other activity options. Dogs on leads are permitted if you want to bring them for moral support.

Crow Creek Trail is a 6.7-mile out and back trail with mild traffic. This trail is rated as difficult due to the steepness in some sections that is likely to be challenging for the less than experienced walker. The first half mile or so starts off lightly until the steep sections start to creep in.

Again there is a reward somewhere along the line as this route has a few decent waterfalls and the biggest ones are the most challenging ones to get close to.

Cedar Lakes Trail is a slightly longer stretch by way of a 13-mile out and back trail. This route is not too far from the region of the scenic small Montana town of Libby and is at its best between July and September if you want to get the best of it.

The trail is rated as difficult, again due to the incline of some stretches of the route, which is used mostly for hiking, as well as a spot of trail running, and it is not unusual to find people camping, and backpacking close to the trail. Dogs are allowed on this trail on the condition they are kept on a leash.

Piper Lake Trail is a 12-mile out and back trail that gets moderate use. It also features a lake and being in the same region as the others it is rated as quite difficult. The trail is used mainly for hiking, camping, and backpacking, and is well maintained.

The trail is fairly unforthcoming until you get to the lake when you realize you could easily spend a day or more exploring the other lakes beyond Piper Lake. If you can make it to the top of the mountain you’ll be in for some top-of-the-range 360 views.