Nevada City in southwestern Montana is the place where visitors can get a taste of some of the adventures of the famous gold rush days the state is renowned for.

Along with Virginia City, Nevada City became the base for the operations of the Alder Gulch diggings, which turned out to be the richest gold deposits ever discovered.

As was the case with many ‘discoveries’ in the prospecting days, the formations of a lively town quickly sprung up in 1864.

A mere 5 years later there were barely more than 100 people hanging in there, and by the latter half of the 1870s, the town was all but deserted.

Quite a bit later on in the 1940s, history buff Charles Bovey decided it would be an idea to transport his collection of buildings from the Old West–collated from across the state–into what remained of the former Nevada City.

The novel idea paid off and today the town is considered something of an open-air museum.

There are over one hundred original structures from the gold rush era, fourteen of them authentic segments of Nevada City.

Historic reenactments are common during peak periods and offer visitors the chance to witness monumental events from the city’s past. 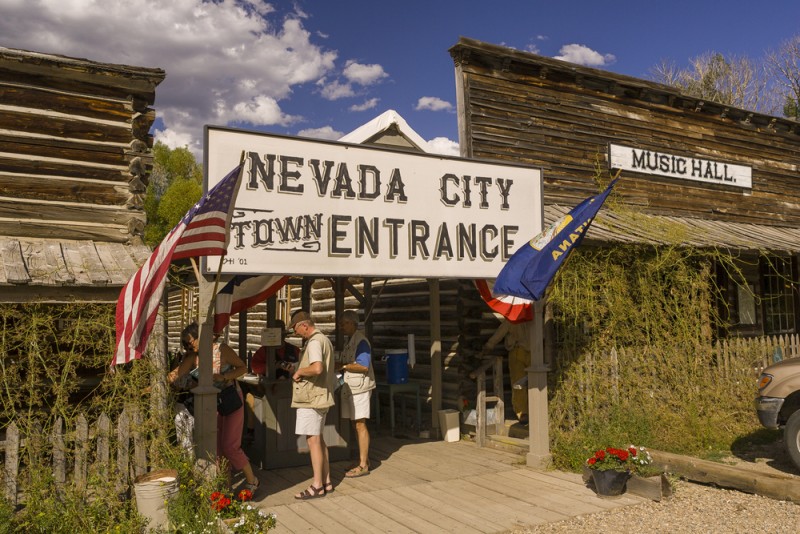 Along the Alder Gulch, Virginia City and Nevada City are separated by just about one mile—and this area represents the original Old West in every sense.

Virginia City was actually even designated as the territorial capital of Montana in 1865 once Alder Gulch looked to have struck it big.

At one time as many as 10,000 people populated this area once known as “Fourteen-mile City” due to the numerous settlements lining the gulch.

Virginia City is open year-round although Nevada City opens just Memorial Day weekend through September, the busiest season being between Memorial Weekend and Labor Day You can find Nevada City 70 miles to the southeast of Butte along Highway 287 in the Alder Gulch region. 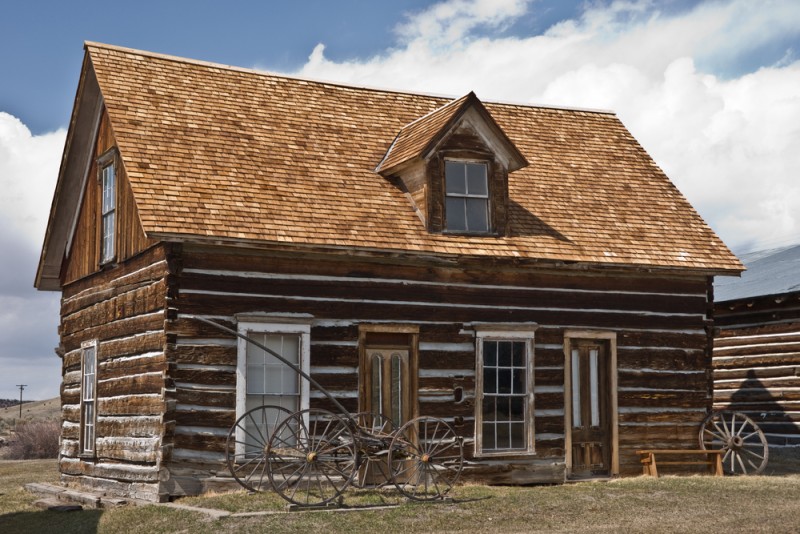 Certainly one of the prime reasons for visitors coming to the town is the historic sense that the open museum town contains as well as the general surroundings of the area.

There is no shortage of historic and cultural elements and exhibits relating to the former mining days of the area.

This is the place to get a feel for the excitement and revelry that would have been inherent in the Gold Rush era frontier mining towns in Montana.

The outdoor museum is home to one of the largest collections of Old West artifacts outside the Smithsonian and has one hundred buildings dated from somewhere between 1863 and early 1900.

Various unique music machines stand at the entrance to the museum, which contains exhibits and artifacts related to the period and culture of early Montana.

The Thompson-Hickman Library and Museum

The Thompson and Hickman family histories are preserved in this construct. It was built from locally-quarried blue-gray stone and opened as a public facility in 1922.

Complete with huge fireplaces and even bigger bookcases, the upper-level reading room and the public library is a well-stocked literary treasure trove.

Local residents had established the first library as early as 1865, but the present library was put together by Virginia City Women’s Club in 1902.

The Alder Gulch Shortline Railroad was built by Charles Bovey in 1964 Its main purpose at the time was to connect Virginia City across the one mile or so to Nevada City.

Today this short line is one of the main tourist attractions and serves as a great way to take in the scenery and get some insights into the surrounding area.

The route is a 15-minute ride and typically runs between around May 28 to September 5. Tickets can only be purchased on a first come, first serve basis. 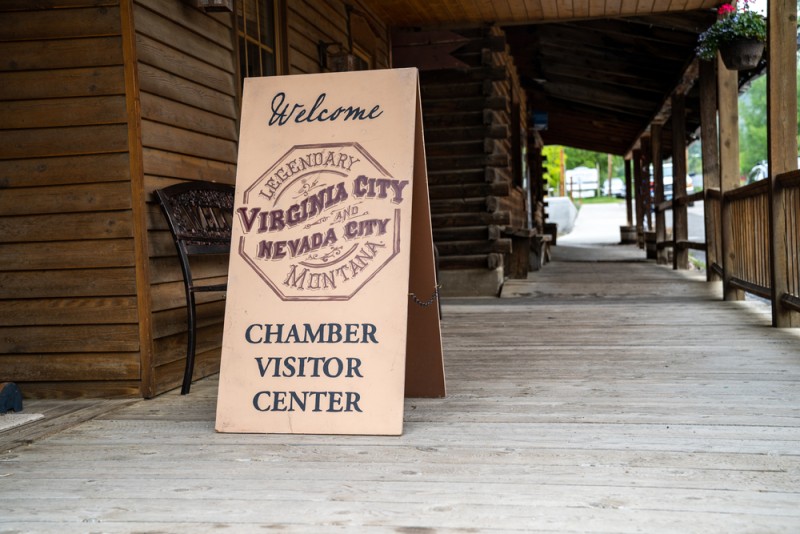 The boardwalk is yet more clear evidence of the town being an “open air museum”, and here some of the buildings with historical significance are highlighted with plaques and other interpretive information.

You can look through the building’s windows for a glimpse into life in the late 1800s. Self-guided tours are the best way to check out the boardwalk area, and interactive maps, pdf maps, and audio tours are made available to visitors on the tour.

The town also contains a handful of shops selling snacks or meals, and there is also a spot of local art and culture by way of the Sandpiper Gallery, a non-profit and community-driven facility that organizes and makes available various events and workshops throughout the year.

Outdoor recreation is not massive here compared to many areas of Montana, and this town remains best-known for its historic connotations.

Of course, you won’t have to look too hard to find some recreation in the nearby and surrounding Montana landscape.

There is not an awful lot going on trail-wise in the historical site of Nevada City. It is possible to find in and around the nearby surrounding towns and communities a selection of routes to choose from.

Trail Creek in nearby Ennis is a 5-mile out & back route that is generally reported to be moderately challenging. It takes the majority of walkers over 2 hours to complete and starts out in switchbacks with tree cover.

The Rambling Moose Campground is in Virginia City and is a popular choice for anyone wishing to camp in the area. It is situated just half a mile to the east of the historic ghost town and open museum, and while primitive camping is available so are electrical hook-ups and RV spaces, showers and restrooms, and the facility is pet-friendly.

There are other options just a bit further along in nearby Ennis and Sheridan. In Ennis, the Madison Valley Campground is a typical example of what’s on offer and can accommodate up to 18 RVs, and each site has water and sewer hookups.

It is just 8 miles out from Nevada City and you’ll love the surrounding mountain views courtesy of the Ruby, Tobacco Root and Gravelly mountain ranges.

Activities and other Points of Interest

Alder Gulch was discovered in 1863 by William Fairweather and his party, who were traveling from…

As Montana’s population and industries have changed over the years, there are several sites that have…

Montana’s history is intricately connected to rail travel. The introduction of rail lines to the state…

Mainly due to its deep, historical mining roots and culture, Southwest Montana these days is the…