Missoula plays host to a wide variety of events and festivals throughout the year. Many of these gatherings have a strong community feel to them which brings the residents together in celebration of anything related to the roots and culture of Missoula and Montana.

The city plays host to a range of established annual events as well as a few more low-key and spontaneous affairs that pop up throughout the year’s community schedule. Summer is typically the time most-associated with events and festivals in Montana but as you’ll see Missoula has no shortage of them in any month, particularly in April.

Some of the best-known events on the community calendar include the Western Montana Fair and the traditional Parade of Lights, both of which feature hordes of Missoulians eager to participate.

In this article, we will take a closer look at some of the main events in Missoula occurring throughout the year that you want to make sure you check out. 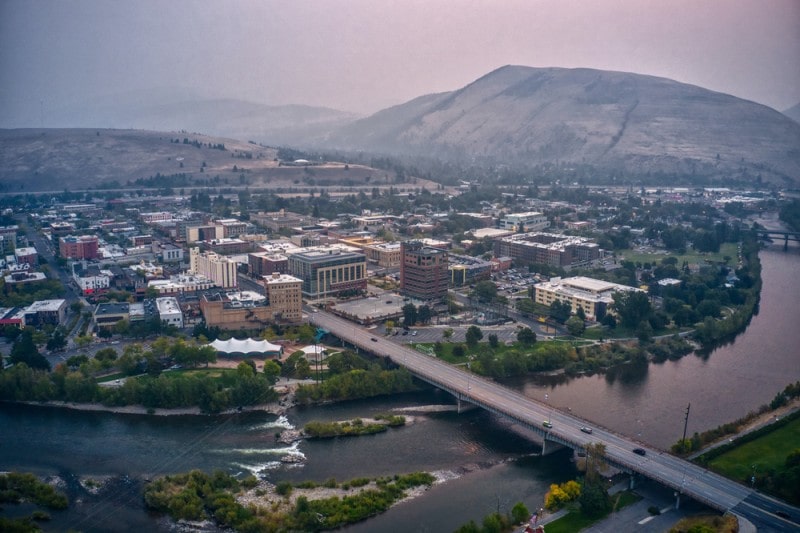 The BFSI is the non-profit artist development institute behind the film festival. This is undoubtedly the annual culmination of the institute’s effort across many levels, not least of all the Big Sky Documentary Film Festival.

The event promotes non-fiction works which are often without the means or exposure to voice the ideas expressed in the form of a documentary.

Big Sky Documentary Film Festival showcases documentaries from across the globe, and the event typically sees 10,000 or more attendees. Over 100 films are screened throughout the week-long event, and all films are shown on what is Montana’s largest movie screen—at the downtown Missoula’s Wilma Theatre.

The event is attended by filmmakers from around the world and typically takes place in early February. Tickets and passes are sold at the Wilma Box Office. 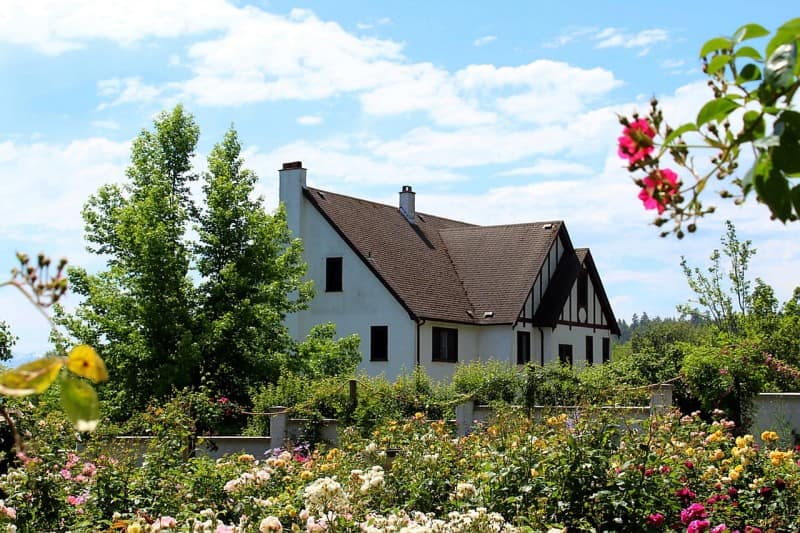 Typically offering all things related to home and garden, you can expect to find the ideas, exhibits, and wares of the various contributors to the show. This is a 2-day event that usually occurs over the first couple of days of the month.

There’s plenty for all to see and do at this annual event, held at the Adams Event Center between 10 am and 5 pm each day.

The International Wildlife Media Center is the annual venue for the second of Montana’s world-renowned film festivals, again held in Missoula.

The International Wildlife Film Festival champions culturally and environmentally-leaning films from anywhere across the globe, and was the first wildlife film festival in the entire world.

The event is thus the longest-running film festival in the region and attracts crowds of 10,000 annually. The Festival kicks off with a Wild Walk Parade in the Caras Park region of Downtown Missoula. 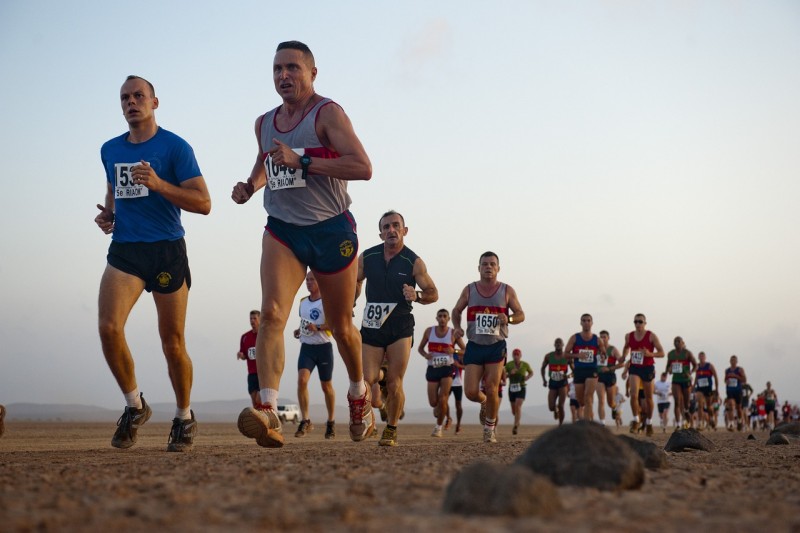 The Riverbank Run started out with just a few hundred participants. Today, however, it is the biggest running event in Missoula. The location covers a flat course, and entrants can choose from three different distances—on 1-Mile, 5-K, or 10-K courses.

The annual event ranks as a top one in the magazine Runner’s World. It occurs in April and features runners of all ages. 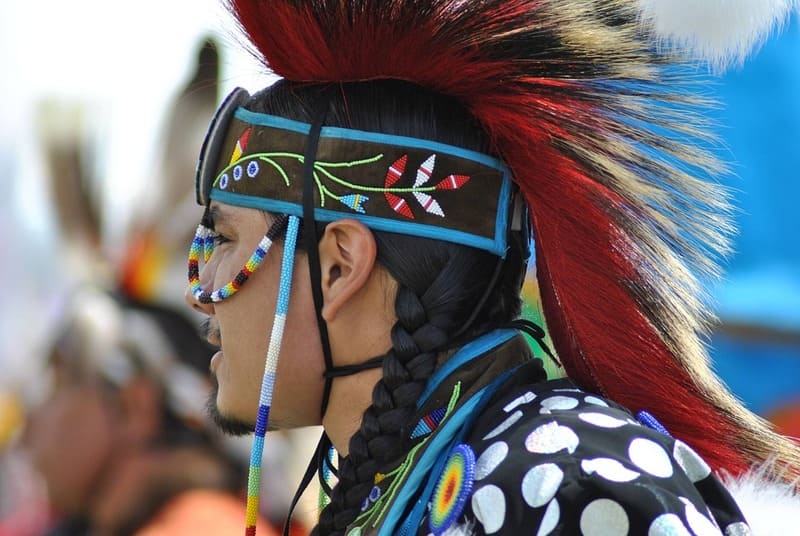 The Kyi-Yo is one of the longest-running student-sponsored powwows in the entire nation and occurs annually in April at the University of Montana’s Adam Center.

Attendees can witness and get involved in activities and events like drum contests, dance specials, the Indian Youth Conference, Tipi Races, Basketball Tournaments, and other games. General admission is usually around $5.00 with concessions for weekend passes. 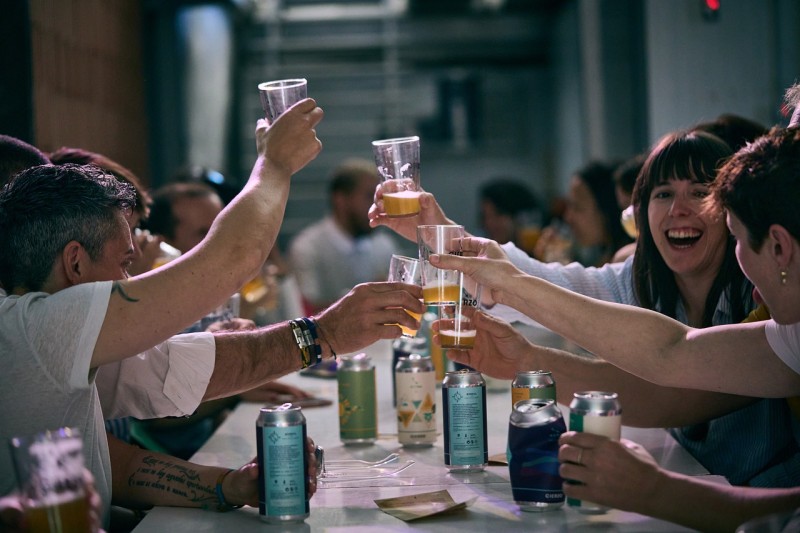 The popular annual beer festival is where attendees get to sample up to 70 different local and regional offerings. Aside from the wide range of beer on tap, there’s also a wine bar, food vendors, and live music going on at this event in the heart of Downtown Missoula.

The Garden City Brewfest is organized every May by the Missoula Downtown Association. This vibrant event takes place in downtown Missoula’s Caras Park, and admission is free.

However, you’ll need to pick up a few tokens before sampling any of the beverages on offer, which do include non-alcoholic options. Attendees who pay a $20.00 entrance fee receive a 7oz. taster glass, a wristband, and 4 tokens. After that, 2 tokens cost $3.00 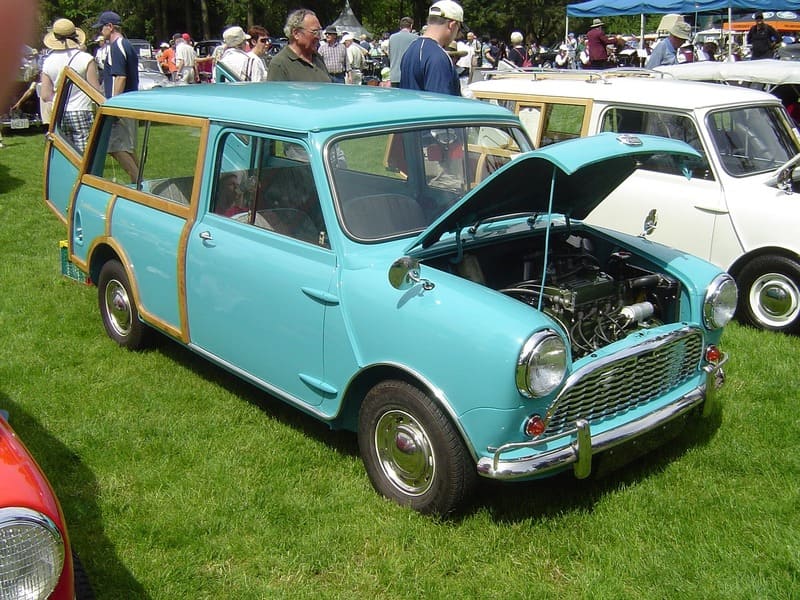 The popular and accommodating Caras Park is again the venue for the annual June event all about classic cars, food, music, and lots of other fun. This is another free spectator event that starts out with a Friday night parade along Higgins Avenue.

The 2-day Annual River Rod Run is the time of year when a few thousand attendees or more turn out to see the hot rods both on display and in action.

The venue is Downtown Missoula, where a variety of food and beverage vendors provide the backdrop for the proceedings.

The museum plays its part fully in the proceedings ensuring that attendees can witness various historical aspects of the event. These include model trains, fire trucks, pony rides, and a step back in time with some fun related to homesteading fun by way of the restored 1900 Potomac Valley homestead cabin

Visitors can tour the lookout, schoolhouse, and locomotive areas of the museum and witness demonstrations of the state’s historic industrial and antique artifacts. You’ll find books, music, and entertainment featuring special re-enactments of historic events.

This is an annual event at the Fort Museum on the 4th of July, and a great way to celebrate Independence Day with family and friends. 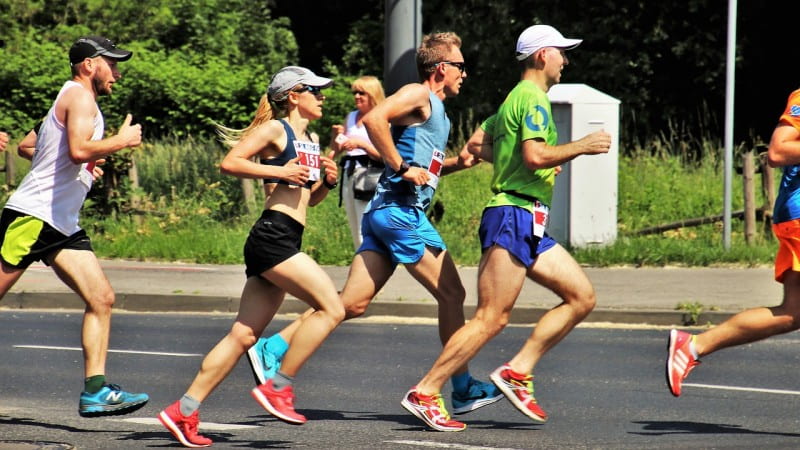 There’s always plenty of roadwork going on in Missoula and the annual Marathon is another annual event that attracts runners from the world over.

The route follows the trail taken by Lake Missoula when it formed and carved a path through the rock in the direction of the ocean.

The event in July is a full-distance marathon but it also features a half-marathon and a kid’s version so that the whole family can get in on the action. 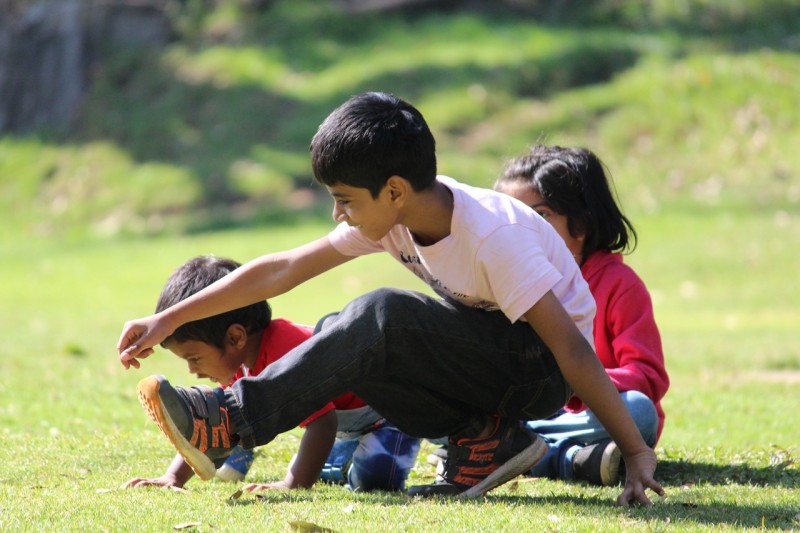 Caras Park in Downtown Missoula is the location of this festival for kids. It also happens to be organized by kids, about kids, and for the kids’ families! On top of that, there are no admission fees for this free annual August event.

This festival also began as a fairly small community event, but these days it manages to attract crowds of well over 2,000. Get ready for some fun at Caras Park, where there’s food, entertainment, and activities galore, especially for kids. 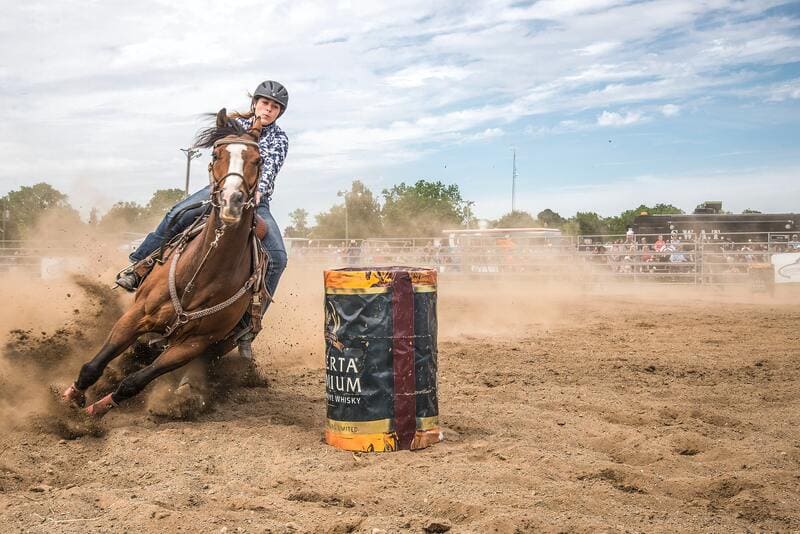 This is one of the main annual fairs in the Western Montana region and it attracts large crowds to the Missoula County Fairgrounds. Visitors can expect all kinds of exhibits as well as a beer garden, horse racing, and of course—the rodeo!

The event is held in August and also features art exhibits, cooking, a 4-H livestock sale, various stage acts, and commercial displays. On top of that, there is a fun, carnival atmosphere with rides, concerts, and food trucks a-plenty! 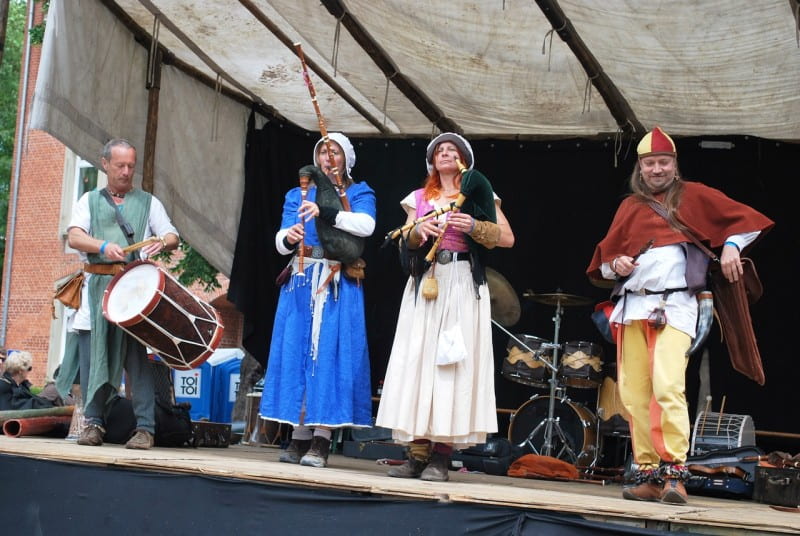 The River City Roots Festival is undoubtedly the area’s largest combined arts and music festival. Typically held in August, the event showcases the best aspects of Downtown Missoula and includes some of the region’s most talented fine artists and musicians.

There’s also a positive emphasis on family fun, fitness, and wellness, amidst a ton of other things demonstrating all that is good about Missoula.

This downtown event offers the opportunity to check out some of the newest developments around the town. Attendees can expect the best in musical entertainment, art exhibitions and competitions, and a 4-mile fun run (or walk) as well as plenty of other family-themed activities.

Missoula Symphony in the Park – August 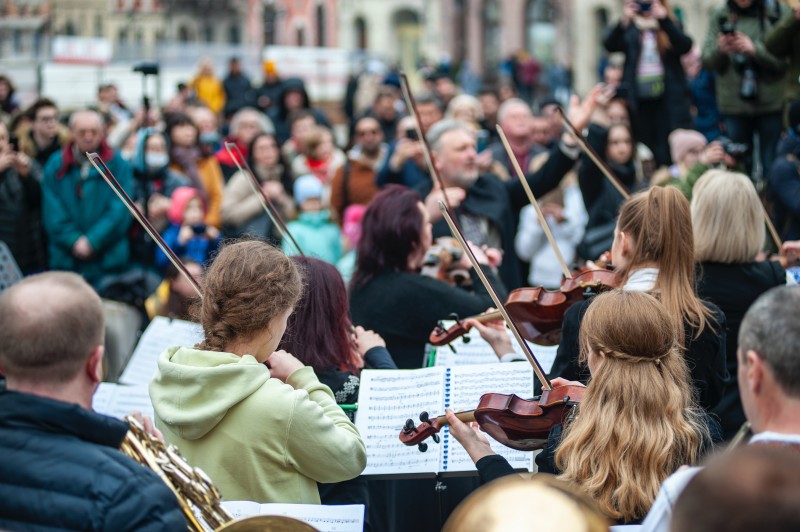 Who would want to miss the opportunity to catch the annual outdoor performance of the Missoula Symphony Orchestra?

The free event is held in Caras Park and sees the local orchestra take a diversion through a program of popular tunes including movie themes, with just a few light classical numbers thrown in for good measure.

This is a great evening’s family entertainment and food and beverage vendors are always in attendance. The event usually kicks off at 7 pm, so you can watch the locals grab their garden chairs and turn up for a delightful atmosphere throughout the evening of live music.

The Parade of Lights is one of the main, annual, end-of-year events in Downtown Missoula. There are various activities just before the parade to ensure a lively and festive family atmosphere within the town center.

East Pine Street first bears witness to various carriages including one with Santa, before the parade heads north on Higgins Avenue. The proceedings start out at 6:00 p.m. and the parade ends up back in the midst of downtown for the official lighting of the tree.

The Parade of Lights is an all-day family event with plenty of children’s activities and the official arrival of Santa Claus in Downtown Missoula. The event usually takes place sometime in early December. 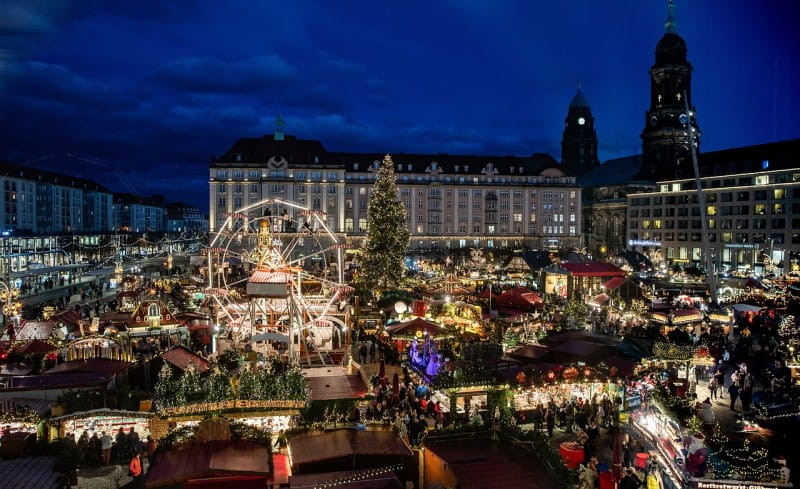 This is an annual event that features various types of performances and displays at around 30 different venues in the town. The fun kicks off at midday and ends at midnight on December 31st.

The theme behind the event is related to boosting public appreciation of the culturally-diverse arts that are locally available. Attendees can witness hundreds of performing, visual and literary artists in small events held in various venues throughout the 12-hour event, which is promoted as alcohol and drug-free.