Situated along Alder Gulch, Virginia City is a small town serving as the county seat of Madison County.

Seemingly frozen in time, Virginia City is one of the oldest communities in the state and is an outstanding example of a traditional mining community of Montana’s “Wild West” Era.

Gold in Alder Gulch was first discovered in 1863 by a group of prospectors traveling through the region. Failing to keep their discovery a secret on their return to Bannack, the group of men was consequently followed back to the gulch by over 200 miners.

A massive gold rush ensued, and the region was quickly flooded with makeshift homes and other facilities to service the miners.

The population boomed, and the new settlement attracted immigrants from all over the United States and from both sides of the Civil War that was going on at the time.

Conflict arose between those siding with the Confederates and those with the Union, and the new settlement quickly became one of the most lawless places in the American West. In fact, even the naming of the town was a direct result of the conflict between the two sides.

Initially, the town’s name was submitted to be “Verona” after the wife of Jefferson Davis, the president of the Confederate States. However, the newly elected miners’ court judge was a loyal Unionist and instead submitted the town’s name as Virginia.

Within a year of its founding, over 10,000 people lived in the city, and by 1865 the Territory Capital of Montana was moved from Bannack to Virginia City.

Over $30 million worth of gold was uncovered in the first three years of the town’s establishment. The region between Virginia City and Nevada City quickly became known as the richest placer gold strike in the Rocky Mountains.

When the gold production of Virginia City ran out, so too did the population disperse. While the town has since become a ghost town, the community continues to thrive as preservation of Montana’s past.

Buying most of the town in the 1940s, Charles and Sue Bovey began restoring many of the historic buildings and iconic structures, a task they have since handed off to the Montana Heritage Commission.

Today visitors can step back over 150 years in the past to the time when civilization was directed by the Montana Gold Rush. Guests can visit iconic buildings and even partake in traditional gold panning experiences.

A visit to Virginia City is an essential experience to explore the vibrant mining history of Montana.

As the preservation of one of Montana’s most historic communities, Virginia City is an attraction in and of itself. Visitors to the town will explore the history of mining and experience the lawless lifestyle of the “Old West.” 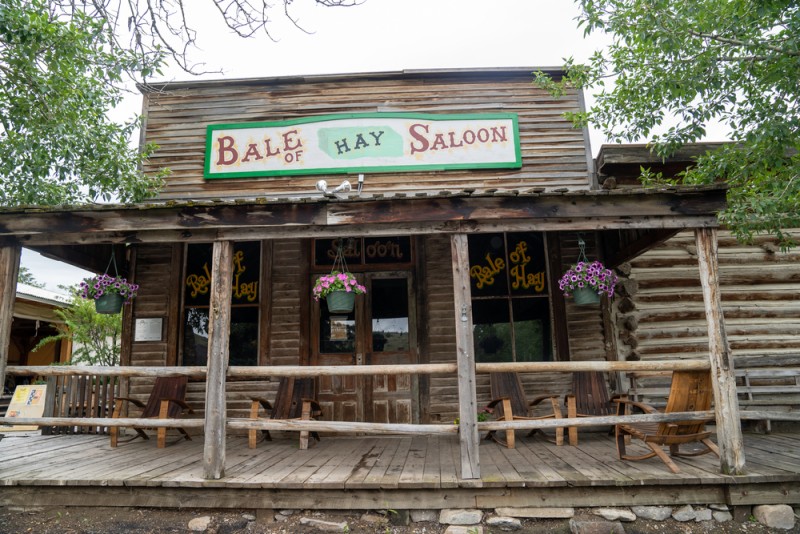 Housing many of the town’s other attractions, the Virginia City Boardwalk is a preservation of the original community’s design.

With over 78 protected and restored buildings and monuments, walking the original main street of the town offers guests the same experience immigrant miners would have had during the town’s heyday.

Many buildings are still in operation and house tourist attractions and services that include saloons, hotels, thematic photography, performance halls, and displays of traditional churches, homes, and trading posts.

In 1949 the town’s old livery stable was converted into an Opera House to host performances by the Virginia City Players.

The oldest professional acting group in Montana, the Virginia City Players continues to entertain visitors every summer with iconic plays presented in the traditional stylings of an old-timey Montana theater.

Be sure to check their schedule in advance for showtimes and ticket prices.

The Thompson-Hickman Museum is a must-visit for understanding the city’s mining history and the importance of the communities Chinatown influences.

With an extensive collection of historical photos, visitors to the museum can view the historic town during its heyday and connect the old photographs to the preserved buildings they are exploring in the city today.

Among the museum’s top peculiarities is a replica of Clubfoot George’s clubfoot. Back in the lawless years of the community, Clubfoot George was a vigilante that was hung and buried on Boot Hill, which guests can visit during their exploration of the town.

The region covered within the Virginia City National Historic Landmark includes another gold rush town, Nevada City, which is located only about a mile away from the historic Virginia City.

Featuring 100 buildings from 1863 to the early 1900, the Nevada City Old Town Museum is one of the largest collections of Old West Artifacts outside of the Smithsonian and is designed to immerse visitors into the old town charms of the traditional mining community.

Through their engagement with the town, visitors to Nevada City will experience first-hand the lifestyle of a frontier mining community during Montana’s Gold Rush Era.

From exploring the preserved buildings to engaging in traditional mining practices, Virginia City offers guests a myriad of fun and exciting ways to immerse themselves in the mining history of Montana. 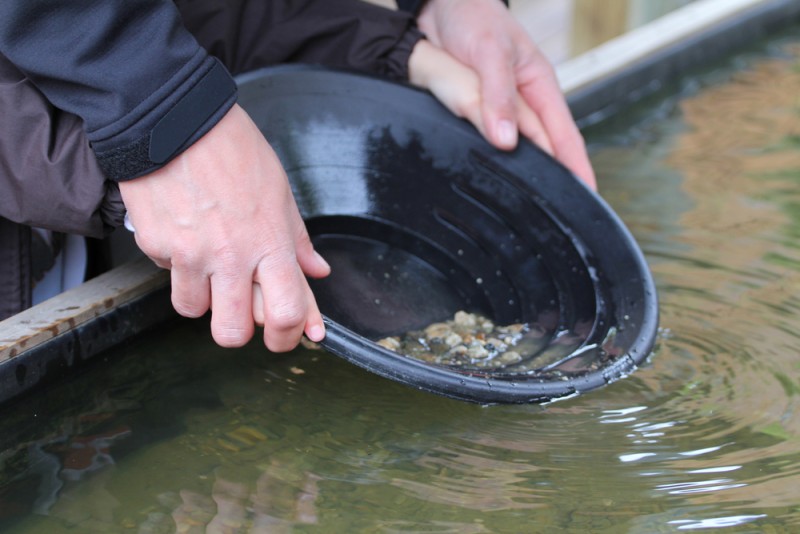 Virginia City’s River of Gold Museum not only provides guests access to exhibits that guide them through the history of the region’s gold mining industry but also allows visitors to partake in the traditional processes of mining precious metals.

Museum patrons are provided with traditional gold panning tools and receive guidance as they engage in the same practices that would have been used 150 years ago to hunt for valuable rocks at the height of the Gold Rush.

At the Rambling Moose Campground, visitors to Virginia City are welcome to camp out in the historical town just as the original prospectors would have in their old makeshift tents, only with a little more added luxury.

Located only half a mile from the preserved community’s main street, the campground is fully serviced with electricity, clean restrooms, free WIFI, and a gift shop.

What better way to traverse the town than through Montana’s traditional mode of transportation?

Vigilante Carriages operates directly in Virginia City and features three teams of two-horse carriages and a traditional stagecoach tour service that guides guests through all the town’s highlights.

Visitors looking to explore the town’s surrounding countryside should contact Wolfpack Outfitters about their horseback trails through the mountains.

Montana has a long history of gold mining. Since the 1800s, those looking to strike it…

Alder Gulch was discovered in 1863 by William Fairweather and his party, who were traveling from…

A land of unspoiled forests, snow-capped mountains, and wildlife roving in herds across the prairies—Montana really…

As Montana’s population and industries have changed over the years, there are several sites that have…

Montana’s history is intricately connected to rail travel. The introduction of rail lines to the state…

While not quite as famous of a shooting location as Los Angeles or Vancouver, several films…

Are you someone who is intrigued by the supernatural? Do you feel the chills of a…

Mainly due to its deep, historical mining roots and culture, Southwest Montana these days is the…