Just over 30 miles to the northeast of Missoula sits the natural and incredibly picturesque Salmon Lake State Park.

Set between both the Mission and the Swan ranges, Salmon Lake is one of the naturally-formed bodies of water in the 20-mile ‘chain’ of lakes in this stretch of western Montana along the Clearwater River.

The state park region covers 40 miles or so along the lake’s eastern arm, and as the river flows southward it forms some of the other lakes in this chain such as the nearby Seeley Lake, until it eventually merges with the Blackfoot River at the Clearwater Junction.

Although the 18 lakes in this chain known as the Thompson Chain of Lakes are all worth checking out, the size and the features of Salmon Lake add to its incredibly picturesque and tranquil feel, giving it a somewhat unique quality.

With some of the other larger bodies of water there are likely to be more people, yet Salmon Lake State Park is the perfect setting from which to enjoy some slightly more relaxed and gentle, water-based Montana recreation.

Boating, fishing, and swimming are all popular and worthwhile at this location, which also happens to be a decent wildlife viewing area.

The designated state park area contains a campground and various day-use facilities, as well as a boat launch right next to the lake.

Salmon Lake State Park opens seasonally through the summer until late October. Winter Season is considered to come in November and last until the end of April when the area is off-limits to all motorized traffic.

The park does allow walk-in, day-use visitors after April although there is no overnight camping throughout this period.

The campground is open May through September/October, and the day use area is open between May and the end of November, depending to some extent on weather conditions.

Access to Salmon Lake State Park is much easier than some of the others due to its location along Highway 83, adjacent to Highway 200 and about 7 miles north of the Clearwater Junction. The state park serves as one of the main access points to the Chain-of-Lakes along the river. 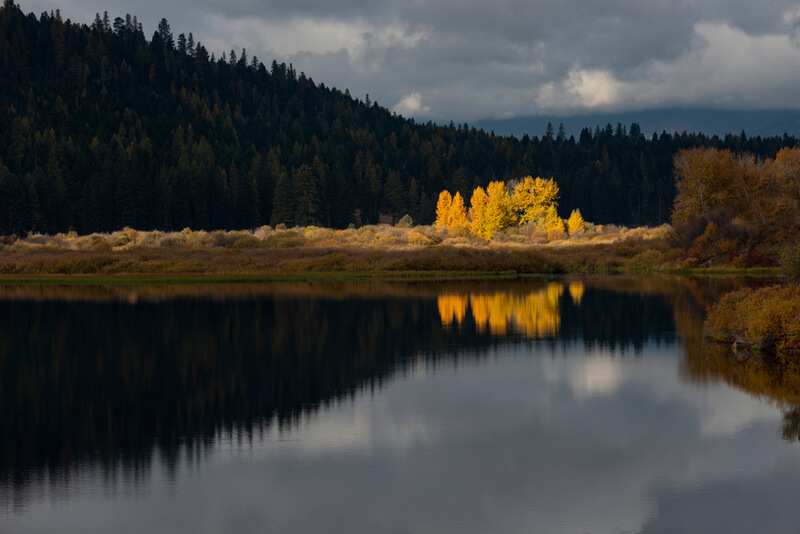 Scenic and quiet camping along with non-motorized, water-based recreation is the main reasons people head out to this neck of the woods.

The state park’s woodland setting is permeated by western larch, ponderosa pine, and Douglas-fir. If you are thinking of heading out to this scenic spot for some camping it would be wise to consider that Salmon Lake State Park is one of only two in the region.

As such, it isn’t surprising to find that both of them have the highest numbers of recorded visits from all the state parks in the Missoula area. Making any camping reservations as far in advance as possible is therefore highly recommended.

Weekends and weekdays both feature ranger programs once the warmer June months arrive until early August—and these take place in the park’s outdoor amphitheater.

Recreation opportunities like fishing, picnicking, and boating are for the most part highlighted by various interpretive signs, and there are plenty more throughout the woodland setting.

Other recreation options are a matter of personal choice–whether you’re fishing or swimming in the clear waters of the lake.

The scenery around the water makes for an idyllic environment no matter what you have come for. This little lake and state park is a great place for some real tranquil relaxation.

The park features camping, boat ramps, picnic shelters, toilets, water, and various other amenities that may be necessary for a day out in the wilds near the water.

If you fancy some other kind of activity a bit more scientific or historic, just up the road is the Seeley Lake with its own Lake Center and Museum, which features exhibits and displays that explain information related to the area’s natural resources like logging, as well as the Forest Services in the area.

Things to do at Salmon Lake State Park 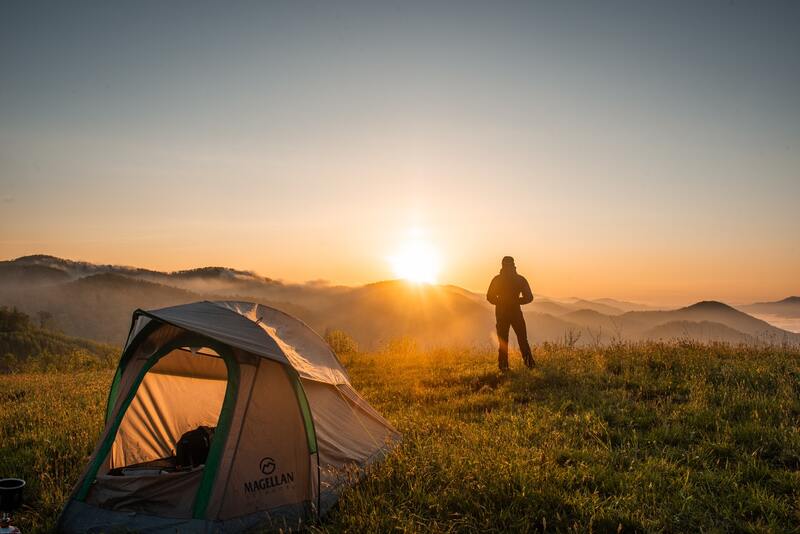 The 24-site campground is located in the midst of Ponderosa Pine, Western Larch and Douglas Fir-infused woodland. There is also a hike-bike site that has bike racks, enough space to accommodate around 10 tents, and fire rings, lockers, and potable water.

About half of all the sites have electrical hook-ups and many are ideal access points for recreation. Online reservations are available, and it is always a good idea to check availability first if possible.

The Lake Salmon Campground is open between the beginning of May and October end, and fees range between $4.00 and $34.00 per night according to what amenities are currently available, and of course the season. 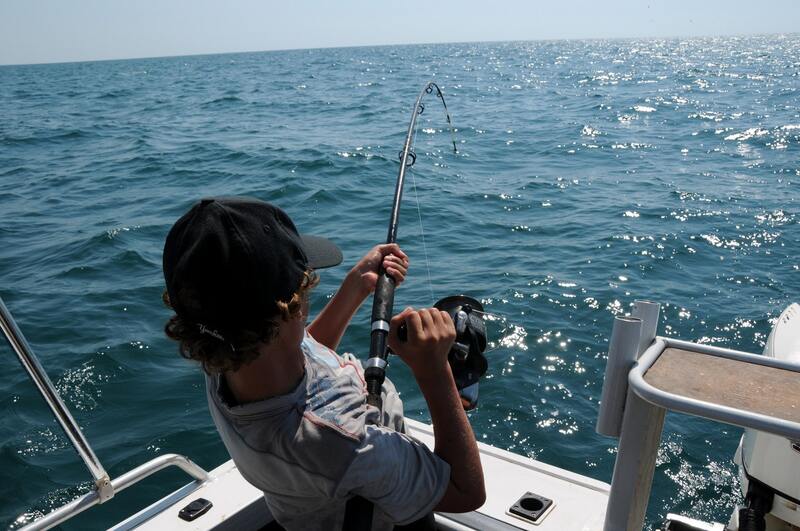 Salmon Lake has a decent reputation for being something of a top angling spot, as well as having a fairly diverse fish population.

Some of the main species likely to get snagged at this lake include kokanee salmon and rainbow trout, northern pike, yellow perch, brown trout, bull trout, and westslope cutthroat trout along with largemouth bass, mountain whitefish, and pumpkinseed.

The lake is stocked annually by FWP, with an abundance of the slightly unusual kokanee, making this an excellent place to seek out this relatively uncommon salmon.

Any fishing pressure is mild but the lake does have its fair share of high-volume fishing at various points during any typical year.

If you are looking for some quality western Montana fishing in this region both Salmon Lake and the Clearwater River offer up some decent odds. 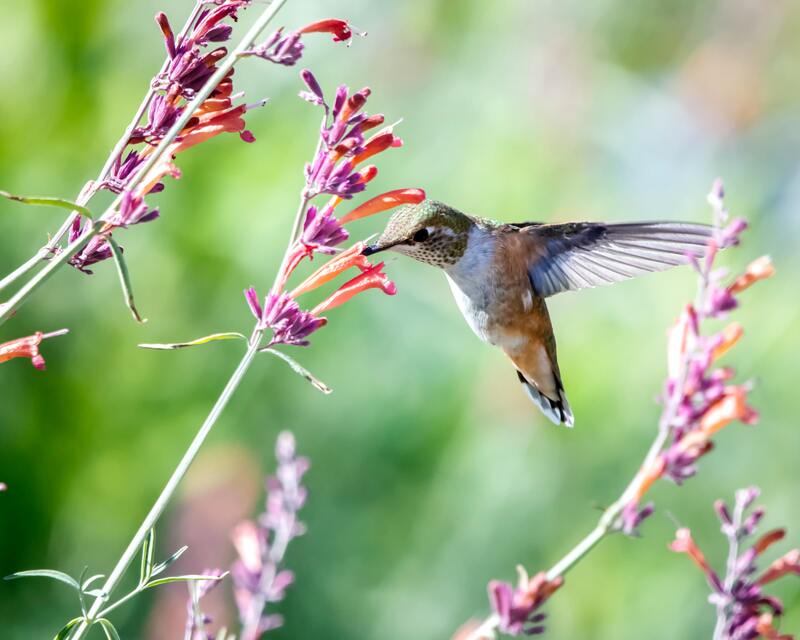 Being set in some of Montana’s most natural and picturesque landscape, you can bet on some great opportunities for birding both in and around this state park.

Typically the species that are glimpsed in these regions include bald eagles, osprey, red-necked grebes, blue herons, common loons, common waterfowl, and plenty of others.

It’s no surprise that a lot of birding goes on around these parts, and Seeley Lake–just 5 miles south of Salmon Lake–has a Spring Loon Festival which includes a few unique angles on the species in the region.

Salmon Lake has moderate elevations of 4,000 feet or less, and the tree-lined banks contain plenty of potential habitat for nesting birds.

Large numbers of birds frequent the area, attracting birders on the lookout for anything along the lines of the bald eagles and songbirds that are commonly spotted around the lake’s vicinity.

Along with its neighboring Seeley Lake–where the festival occurs–Salmon Lake is reportedly one of the best places in Montana to keep track of the large and somewhat shy common loon bird. This is a bird identified easily from its exotic-sounding call.

It is possible to catch sight of the loons that nest on the lake every year around the times of dawn and dusk.

As this region is within the realms of the Thompson Chain of Lakes, there isn’t likely to be anything like a shortage of hiking trails. You might decide on a gentle wander along the shoreline of the lake or head further out into the forest.

Most of the trails connect to other routes in the general region–there is no major hiking trail as such around the lake–but there are plenty in the near vicinity as you can see from the following examples:

This trail is primarily known for skiing, particularly the 11-mile course. The trails form part of a greater ‘Nordic Trail System’, a huge area perfect for skiing that has ‘skiers only’ seasons.

Likewise, the warmer months offer similar experiences in terms of hiking trails with varying degrees of difficulty but plenty of challenges for those on the lookout for them.

The trails are named in loops and various other segments and connecting arms, and bring skis or a board when it’s ‘skiers only’ from the beginning of December until the end of March.

This steady 5.5-mile, out-and-back trail is headed towards Seeley Lake. Generally considered an easy route, on average a couple of hours are necessary to complete this one.

The route follows a popular trail used for multiple purposes, and the reported best times to visit or use this trail are June through October.

Dogs will appreciate the off-leash areas, so you can enjoy a nice and easy, scenic hike with the dogs!

This 2.3-mile loop trail is generally reported as moderately challenging. It takes most walkers the best part of an hour to complete, and the Circular Trail is a popular choice for anyone birding or camping in the area.

The trail offers year-round access according to local weather conditions and your dogs will love the permitted off-leash areas.