A tributary of the Missouri River, the Musselshell River lies east of the Continental Divide in the state of Montana.

It begins near Martinsdale, flowing to its mouth on the Missouri through several highlights of the countryside, including the Helena-Lewis and Clark National Forest and the Charles M. Russell Refuge.

What is the History of the Musselshell River? 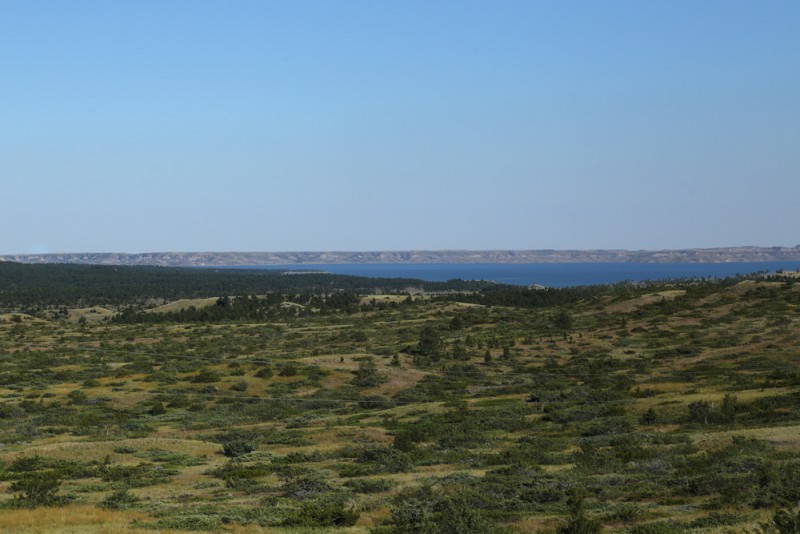 The Musselshell River was named in 1805 by explorers Meriwether Lewis and William Clark of the Lewis and Clark Expedition.

They named it so after the freshwater mussels they found on the banks of the river. In the past, the river has also been referred to as “Shell River” and “Cockkleshell River”, among other names.

Native Americans and French trappers had also discovered mussels on the banks before Lewis and Clark, and the Minnetare people had given the river a similar name.

Meanwhile, the Blackfeet tribe called it the “Dried Meat River” as they hunted buffalo and prepared it for winter consumption in the area.

The Musselshell River experienced major flooding in May 2011 which inundated portions of nearby communities, including the city of Roundup in Musselshell County.

The crest of the flood, which was measured along certain sections of the river, surpassed the record initially set in 1975.

The Geography of the Musselshell River

The Musselshell River begins near Martinsdale in Meagher County, east of the Continental Divide.

While the official length is documented at 341.9 miles, it is believed to reach up to 500 miles in length when counting all its pre-confluence tributaries.

The primary branch of the river originates from the confluence of the North Fork and South Fork. The river flows due east past the communities of Two Dot, Harlowton, and Roundup, changing to a northern direction past Melstone. It ends at the Missouri River at the Fort Peck Reservoir.

The river has its highest flow rates in spring and early summer, as it is fed largely by snowmelt in the mountain areas where it begins.

There are three reservoirs that service the river: Bair Reservoir, Martinsdale Reservoir, and Deadman’s Basin.

The terrain around the river varies as it winds through the countryside, transforming from mountainous landscapes to flat prairies. Several species of flora flourish along the banks, including honeysuckle, willow, cottonwood, and wild rose.

Many sections of the Musselshell River frequently run dry during summer and fall as the water is used for farming and ranching irrigation across the region.

Activities and Attractions Along the Musselshell River

Aside from supporting thousands of residents, farms, and ranches via irrigation, the Musselshell River provides an ongoing source of fun and recreation.

There are lots of things to do along the river itself and in the communities surrounding it, ranging from exploring forests and wildlife refuges to visiting museums.

As its name would suggest, the Musselshell River is a premium destination for fishing. Along with several species of fish, there are three different species of freshwater mussels in the river, in addition to crawdads.

In the section of the river between the North/South Forks and Harlowton, anglers will find mountain whitefish and a variety of trout.

As the river flows east and the water temperature becomes warmer, it becomes home to channel catfish, sauger, smallmouth bass, and walleye.

The best spot along the river to fish is the stretch between Martinsdale and Harlowton if you’re fishing for trout. If you’re looking for catfish or smallmouth bass, it’s best to stick to the warmer sections closer to the Missouri where the river ends.

The early morning and late evening are the best times of day to fish the Musselshell River. April through June offers the best fishing season as parts of the river often dry up in July, which can last until September.

The Musselshell River rises in the picturesque Helena-Lewis and Clark National Forest. The forest is sprawled across 2.8 million acres of central and north-central Montana, characterized by stunning mountain ranges and pockets of lush trees.

There are endless recreational activities in the forest, and nearly 50 campgrounds located in a range of diverse landscapes.

Within the park, visitors have the chance to enjoy hiking, biking, horseback riding, climbing, and looking out for the abundant wildlife.

Visitors also have access to water sports, including swimming, paddling, boating, and wind sports. In the winter months, visitors can snowshoe through the peaceful forests or enjoy the Silver Crest Ski Area.

Beginning at Fort Peck Dam, at the tail end of the Musselshell River, the Charles M. Russell Wildlife Refuge is one of Montana’s greatest treasures.

Established in 1936, it is the largest wildlife refuge in the state and the second-largest in the country.

There are also several species of birdlife and fish, including many endangered species.

The rugged landscape within the park has hardly changed since the days of the Lewis and Clark Expedition.

The mysterious Badlands, idyllic river banks, and open prairie offer wondrous views that were captured in the paintings of artist Charles M. Russell, who inspired the name of the refuge. 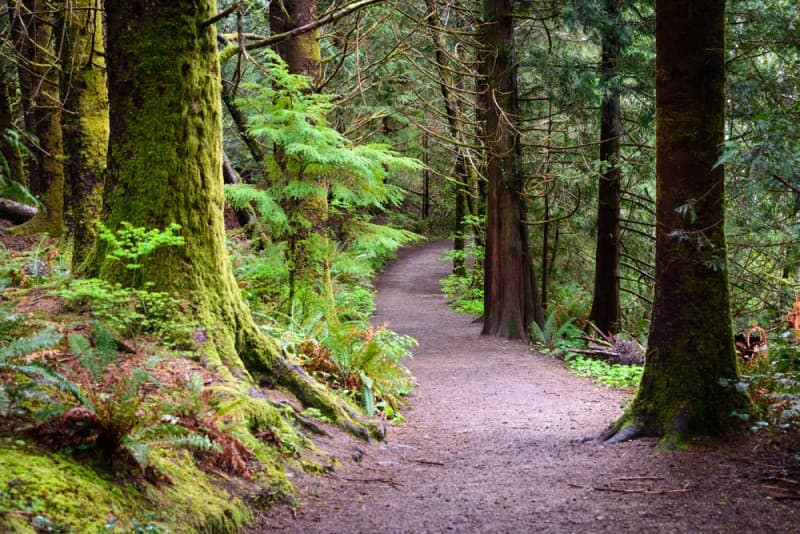 For a tranquil ambiance and stunning views right beside the Musselshell River, you can’t go past the Roundup RiverWalk Heritage Trail.

The trail is located in the Musselshell County Fairgrounds, where there is also free camping available with a 14-day limit.

The fairgrounds host multiple exciting events throughout the year, including the 4th of July Rodeo, the Fall Festival, and the 4-H Fair.

There is also a Historical Walking Tour of Roundup which takes participants on an eight-block route. On the walk, they’ll learn about the rich history of the community and see buildings and locations where cowboys, miners, and settlers once dwelt.

The Musselshell Valley Historical Museum, located in Roundup, is a top destination for history enthusiasts.

The museum displays several exhibits that capture the experience of the Old West over 7,000 square feet. Museum guests can tour an original log cabin and witness the reality of coal mines, one-room schools, and historic general stores.

The exhibits within the museum are always changing. Often, they’re interactive and offer guests an immersive experience that makes them feel like they’ve landed a century in the past.

Among the exhibits currently on display in the museum are the coal exhibit and the military exhibit.

The museum is open May through September, seven days a week between 1 p.m. and 5 p.m. It is free to enter but donations are encouraged.

They are located in Mosby, Montana, in southwestern Garfield County, and operate several big game hunting expeditions in the nearby mountains.

They also guide participants through the process of obtaining a hunting license in Montana.

The Musselshell River, Montana, is an important source of irrigation for the farms, ranches, and communities that lie around it.

Traveling from its origins in Meagher County right to the Missouri River at Fort Peck Reservoir, the river is one of the Treasure State’s most beloved landmarks.

There are several recreation destinations and areas of natural beauty located around the river. Visitors will also get the chance to experience the history and culture of the region through multiple highlights dotted along the river.

Have you ever been to the Musselshell River? Planning to visit? Let us know in the comments below!