A housing boom rocked Garfield County in the latter half of the 1910s when it was a part of the neighboring Dawson County. The local population had concluded by 1919 that they wanted their own county, and so Garfield County was created. Jordan was elected as the county seat by popular vote after a long battle between the rival towns in the area.

Jordan was founded in 1896 and became a town on July 11, 1899, after it received a postal designation. Arthur Jordan, the town’s founder, had spent a lot of time hunting in the area and later settled along the Big Dry Creek’s banks in 1896.

Soon he began to trade with the native cattle and sheepherders. It didn’t take long for him to get a store up and running. In 1899, once mail started arriving in the area, Mr. Jordan and several of the people in the area asked for a Post Office, and Arthur Jordan would be the Postmaster. They unanimously agreed to call it “Jordan”.

The Post Office quickly became the center of a new community. There were saloons, lodging establishments, stables for horses, blacksmiths, and merchants in the town.

Located in the eastern region of Montana, Garfield County was established on April 1, 1919, with the Missouri River as its northern border and the Musselshell River bordering it on the west. Despite being among the state’s newer counties, it has shown the promise of potential and prosperity.

Most of the county’s land is gently rolling, but there are a few bumps around the Missouri River and harder terrain around Piney Buttes in the northern half. The most productive regions are located at the bottom of the slopes, although there are also significant agricultural opportunities on the benches, where the soil is mostly a chocolate loam.

In the county’s elevated central region, numerous small streams spring up and travel in all directions, eventually draining into the Missouri and Musselshell rivers, and Dry Creek waterways.

Well-water is often found between ten and fifty feet below ground surface in most locations. Deep artesian wells, reaching 150-175 feet in certain places, have been dug to access a plentiful supply of crystal-clear, clean water.

The county has very little commercial timber, save for tiny pine near the Missouri and Musselshell rivers. Cottonwood lines the banks of the smaller creeks. 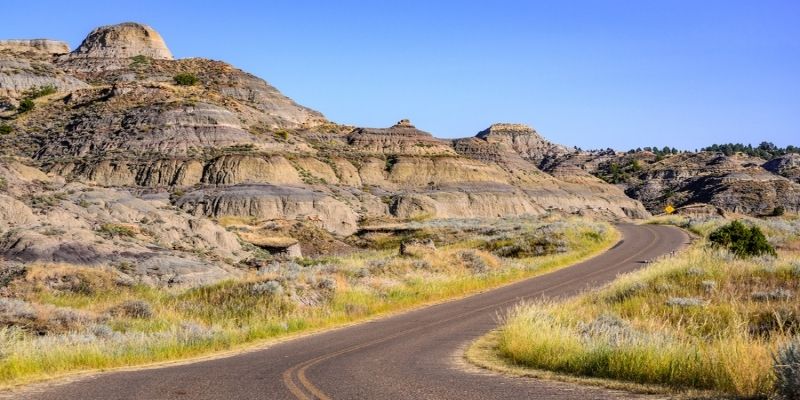 About an hour’s drive from Jordan is Montana’s most popular fishing destination: Hell Creek State Park. Hell Creek is located at the end of the 25-mile gravel drive across the Missouri Breaks environment, which is known for its breathtaking beauty.

Hell Creek State Park has 71 campsites (44 having electrical connections), a convenience station, water supply, and a fish-cleaning facility on its 337-acre property. The park’s final feature gives a hint to its main draw: lakeside access to great fishing for sporty and delectable species including walleye, northern pike, and smallmouth bass.

August 1984 marked the opening of the Garfield County Museum. There is a Triceratops of full size. The original was unearthed north of Jordan. There are several other fossils on the site, including a T-Rex skull.

An antique blacksmith shop and a farm cabin have been recreated inside the museum. There are a lot of fascinating relics from the days of the farm. One of the buildings on the property is a historic schoolhouse.

Everyone is invited to participate in the museum’s celebration of the area’s fossil and homesteading heritage. The museum is open to the public, however, donations are always accepted

All sorts of Fort Peck species can be found in abundance on the lake’s eastern shore (Dam and Dry Arm). The Dredge Cuts underneath the Dam can also be a viable angling option, especially when the wind makes the lake a bit too dangerous. Dredge Cuts is a well-known producer of walleye, Northerns, and Sauger, among other species.