Under Big Sky Country, there are seven Indian reservations in Montana each with its own unique culture and history.

In this article, we will take a closer look at the Native American tribes in Montana as well as the background of the Montana Indian Reservations:

The Fort Laramie Treaty of 1851 and the Flathead and Blackfeet Treaties of 1855 established the Montana Indian reservation boundaries of these tribes. 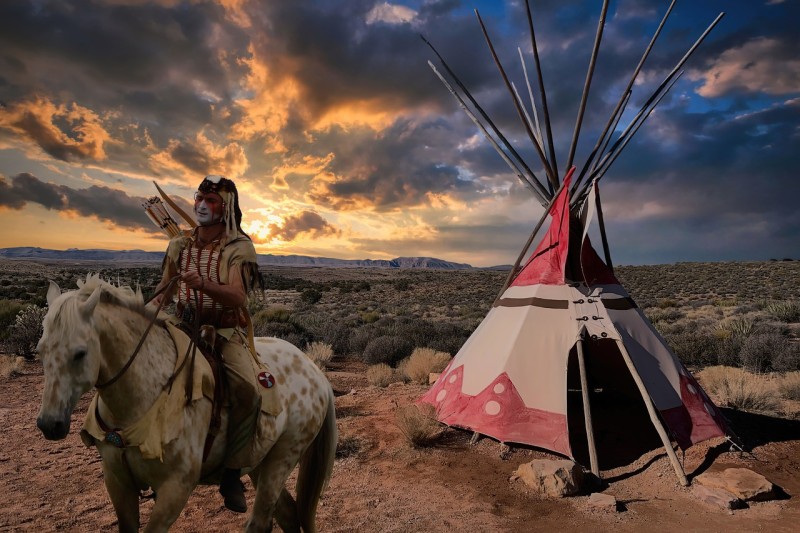 The Assiniboin or Nakoda people live in Fort Belknap and Fort Peck Reservations in Montana.

Originally part of the Yanktonai Dakota (Nakota), the Assiniboin people split off in the early 1700s and lived in the region between the Saskatchewan and Missouri Rivers. Their population was estimated to be 10,000 in 1780.

Inter-tribal fighting drove the Assiniboine to relocate from the Great Lakes to Minnesota in the 1800s, where they met non-Native Americans. During the 1830s, they moved to “Montana,” where the American Fur Company established Fort Union. 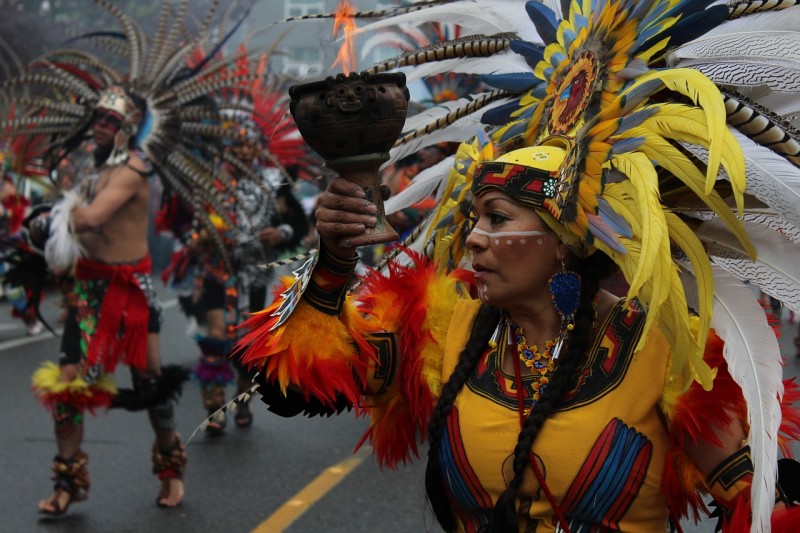 The Blackfeet people lived in Saskatchewan, Canada’s Saskatchewan River Valley, and the United States’ upper plains. The tribe had relocated to the Rocky Mountains and the Missouri River areas by 1850.

In 1865, the United States government and the Blackfeet Band of Sioux (often mistaken to be the Blackfeet Tribe) signed a treaty. The Blackfeet of Montana that we are referring to was not included in this treaty.

The Blackfeet have been roaming buffalo hunters who lived in tepees and regularly moved from place to place without permanent settlements and agriculture, except for growing a native tobacco species.

They also harvested the camas root. Their traditions date back to a time when they didn’t have horses and had to hunt on foot; still, by Mackenzie’s time, before 1800, they already had a large number of horses, which they had acquired from tribes further south, and they became known for their large horse herds. 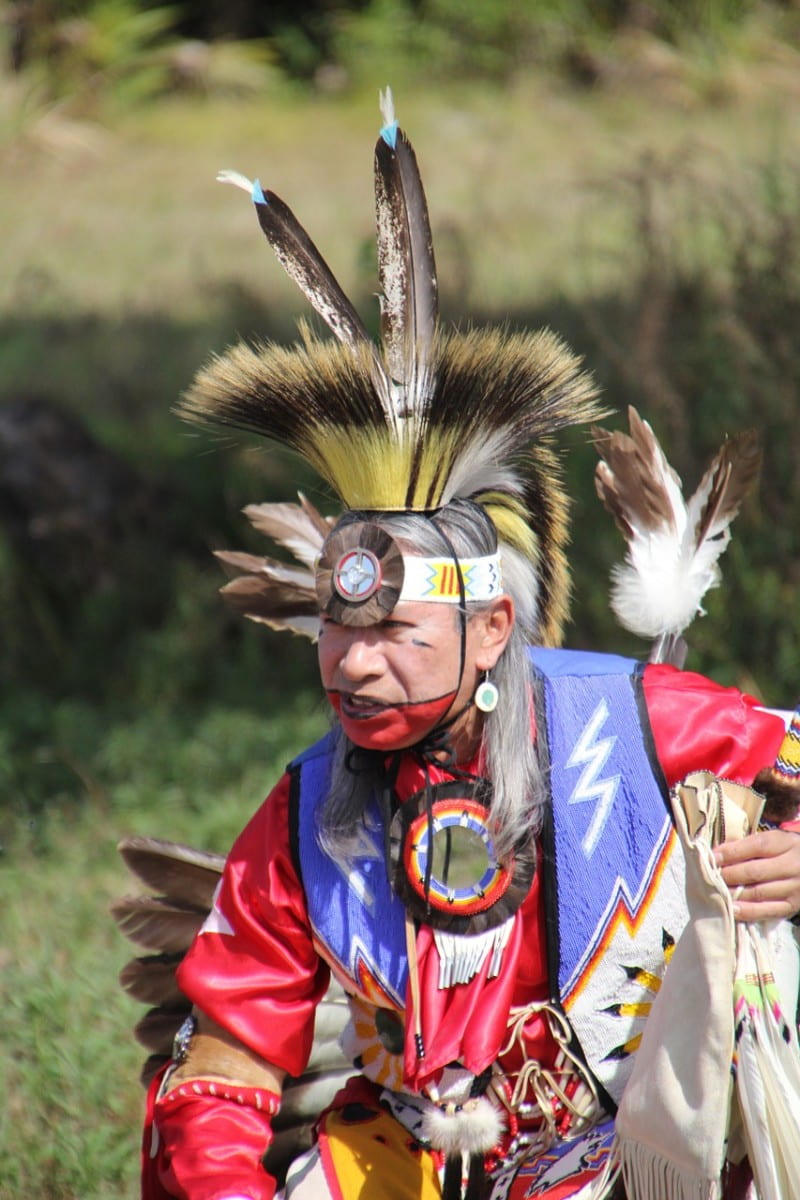 The Chippewa Cree Tribe is federally recognized in Montana’s Rocky Boy Reservation, descended from Cree who went south from Canada, and Chippewa (Ojibwe, who came west from North Dakota’s Turtle Mountains in the late 1800s.

In today’s world, the Chippewa-Cree Indian Tribe is a single entity; however, it is made up of parts of the Chippewa and Cree tribes.

The Chippewa or Ojibway Indians are one of North America’s major tribes of American Indians. In the northern United States and southern Canada, there are over 150 separate Chippewa bands (especially in Ontario, Manitoba, and Saskatchewan).

In the late 1800s, the Chippewa component of the Chippewa-Cree people migrated from the Turtle Mountain area in North Dakota.

The Lewis and Clark Expedition was the first known interaction between the Crows and non-Indians in 1806. During rendezvous, the tribe was interested in trade and engaging with mountain men.

Strong tribal leaders led to the division of the tribe in 1825, resulting in the formation of the Mountain Crow and River Crow tribes. In the same year, several Crow warriors fought alongside the US soldiers against other Indian tribes.

In 1868, a treaty was signed that established a Crow reservation in Montana. The crow people now have a tribe recognized by the federal laws called ‘the Crow Tribe Of Montana’.

‘People of the Waterfalls’ is another name for the Gros Ventre People. They are Montana’s Saulteaux. They used to live along the Missouri River’s Great Falls. They have also been called White Clay People and White Earth People.

The word “Gros Ventre” is French for “big belly”. This tribe is located close to North Central Montana. The Gros Ventres are thought to have lived 3000 years ago in the western Great Lakes region, where they practiced an agricultural lifestyle and cultivated maize.

Since 1820, there have been around 40 versions of the name Kutenai; two more are currently in use. In British Columbia, Kootenay is the most popular spelling, which is also used in the name of the Lower Kootenay First Nation. The Kootenai Tribe of Idaho and the Confederated Salish and Kootenai Tribes are among the tribes who speak Kootenai.

Today, the Kutenai can be found in southeastern British Columbia, Idaho, and Montana. The bands are separated into two groups: the Upper Kutenai and the Lower Kutenai, which refers to the areas around the Kootenay River (spelled “Kootenay” in the United States) where they live, which is a prominent river in the Northwest Plateau.

The Kootenai Territory (also known as Qat Muk) covers approximately 70,000 km2 in and around Kootenay Lake. 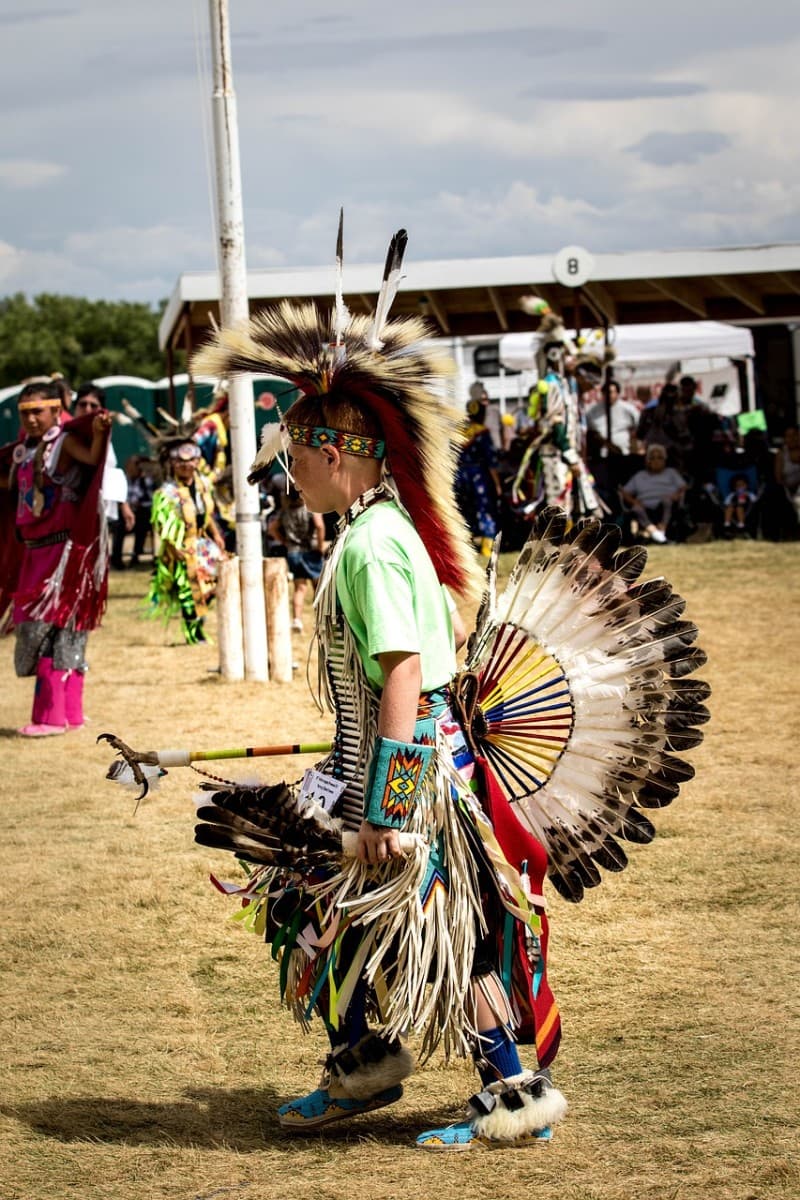 Little Shell Tribe of Chippewa Indians is a federally recognized tribe of Ojibwe people in Montana. For most of its history, the Little Shell Chippewa Tribe lived without an Indian reservation in Montana because of confrontations with federal officials in the nineteenth century.

The tribe has now been recognized by the state. The Tribe was awarded federal recognition by the National Defense Authorization Act, which was established on December 20, 2019. It has around 4500 tribal members and its headquarters is in Great Falls, Montana.

The Northern Cheyenne tribe is located in the southeast of Montana and is spread across 444,000 acres; 99% of it is under tribal control. Approximately 6000 people live on that reservation and 12,000 people are registered with them.

The Pend d’Oreille, also known as the Kalispel, are Native American people of the Northwest Plateau. Today, many of them live in Montana and eastern Washington.

The name Pend d’Oreille is French for “hangs from ear”, which was given to them by French colonists and traders because of the large shell earrings worn by the people of this tribe.

The Salish Tribe, also known as the Flathead, was a powerful section of the Salishan family, which they named themselves after. They dwell in western Montana, near Flathead Lake and the Flathead Valley.

Though it is generally assumed that the name comes from the flat skull created by binding infants’ heads with boards, this is a myth. Head flattening was never practiced by this tribe.

Because the tops of their heads were not pointed like those of neighboring tribes that performed vertical head-binding, they were dubbed “flat heads.”

They harvested roots, vegetables, and berries in the spring and summer, as well as caught a variety of fish, some of which they dried for use throughout the year. The males usually hunted deer and elk in the fall, while the women dried food and prepared hides to wear as clothes.

They also hunted buffalo, but this was less common due to their formidable enemies, the Blackfoot, which kept all the Buffalo hunting grounds to themselves and did not let Salish people hunt the Buffaloes much.

Natural dyes were used to color their clothes, which were then decorated with porcupine quills. Stone, bone, and wood were used to make tools. They lived in huts made of bark and reed as well as tipis constructed of skin. 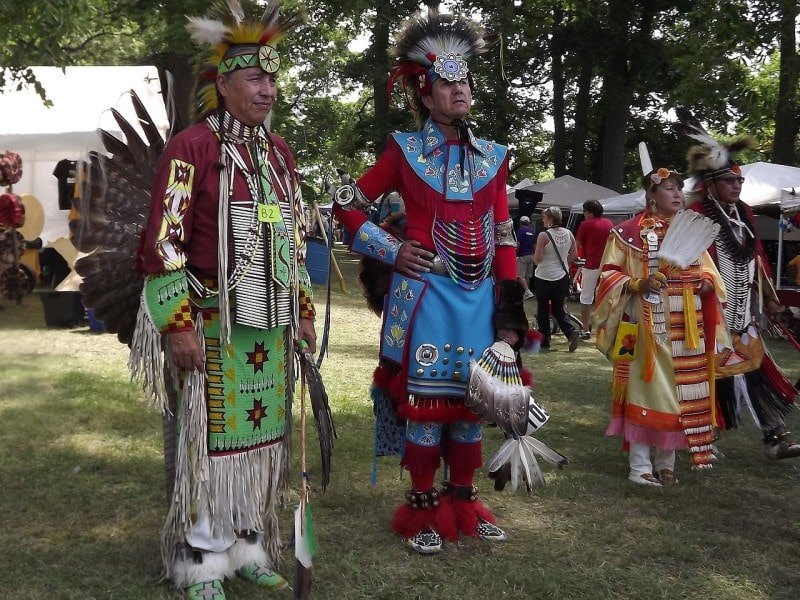 The Sioux, also known as the Oceti Sakowin, are a group of Native American tribes and people belonging to North America.

In the 1760s, the name “Sioux” had been adopted in English from French. It is an abbreviation of the word Nadouessioux, which was the name given to them by the French.

The phrase “Sioux Indians” is a very broad categorization of various bands and/or federally recognized tribes that make up the group.

Out of the several bands, the ones residing in Montana are

Their traditional social system extends beyond human interaction into the supernatural realms. Waká Tháka (“Great Spirit/Great Mystery”) is said to have created the universe and embodies everything in it as one.

They believe that prayer is the act of forming relationships with one’s ancestors or the spiritual world. Dreams can also be used to form bonds with spirits, and they are extremely important to the Sioux tribe.

The Montana Territory was home to several Native American tribes. Many of these Montana Native American Tribes carry traditions and cultures that are still preserved today on Montana’s Indian reservations.