Both Montana and Oregon boast some truly gorgeous landscapes, and they hold a few other similarities. The two states were both previously home to large populations of indigenous peoples and attracted settlers who built the economies.

More recently, they have both increasingly attracted professionals from urban areas seeking the amenities. On top of that, both Montana and Oregon have their share of gentrified areas that contrast the largely traditional local populations and culture, like over on the east side of either state.

But if we are trying to make some reasonable comparisons between these two places we’ll have to dig a bit deeper in discussing Montana vs Oregon.

Montana is typically home to lots and lots of wide-open spaces and an endless degree of recreational activities, one of the main reasons why so many outdoor enthusiasts find plenty to love about living in “Big Sky Country.”

Montana is also home to many of the world’s most stunning-looking mountain terrains, not to mention the national parks like Yellowstone and Glacier National Park.

With all that outdoor activity and fresh mountain air, as it turns out, residents of the state are often ranked among some of the healthiest and happiest in the country.

Oregon has a few contrasting shades by way of its diversity between lush green forests and impressively rugged shorelines. Much of Oregon’s natural splendor stems from the fact that it is nestled in an ancient volcanic crater, surrounded by rocky cliffs, and dotted with pristine, crystal-clear blue lakes.

Then there are the mind-blowing rock formations of Smith Rock State Park, or perhaps the lucid Toketee Falls, the contrastingly mighty Mount Hood, or the many breath-taking wildflower trails.

Aside from all the similarities between the two states– another one being that they are both abundant in lakes and waterfalls–most people who know the places well deem the main differences to be that Oregon is next to the ocean with a coastline. It is also generally thought to be more liberal.

The two states do have their differences—which we’ll come to later—but even the landscapes bear some striking similarities in certain regions.

The Montana Rockies share some nuances with the Cascades in Oregon, for instance, and the Blue Mountains of the east are even more Montana-like in their grand, rugged majesty.

Let’s see if we can decide where we’d rather be between the two. 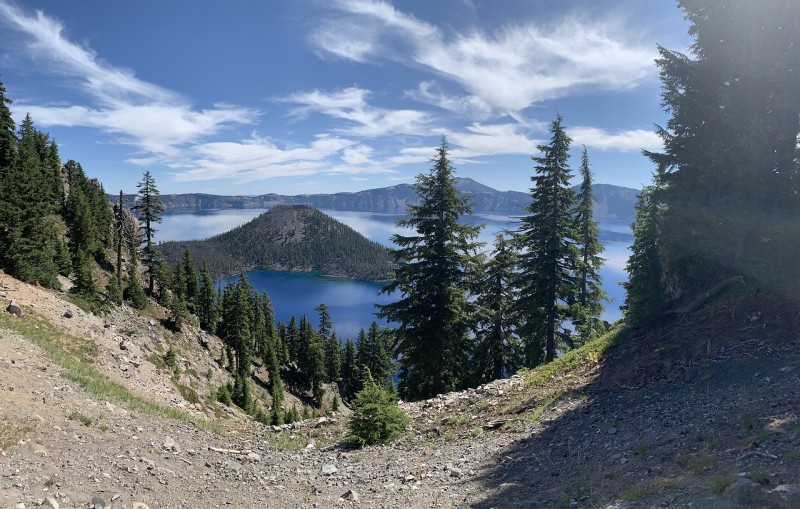 Montana vs Oregon: Size and Population

You can see from these figures that Oregon has a much bigger population than Montana. Oregon basically has three times as many people as Montana does (4,241,507 versus 1,080,577) and with their respective surface areas of 380, 831km2 and 254,799km2 it is not hard to see how Montana comes out on top here with more land and a significantly smaller population.

Montana vs Oregon: Lifestyle and Cost of Living

In a comparison between the relative cost of living and salary in Montana’s Kalispell and Oregon’s Portland, the Montana city was found to be an average of 18% less expensive to live in. In another study that clarified the trend, living in Missoula was found to be 17.7% lower by comparison to Portland.

Salaries are unsurprisingly also lower in Montana by comparison, with anyone deciding to move out there to work having to be very calculated in measuring the drop in salary with the significantly reduced living costs.

Looks like Montana is an easy winner on this one if the living costs and general expenses are one of your main factors in deciding where to go. 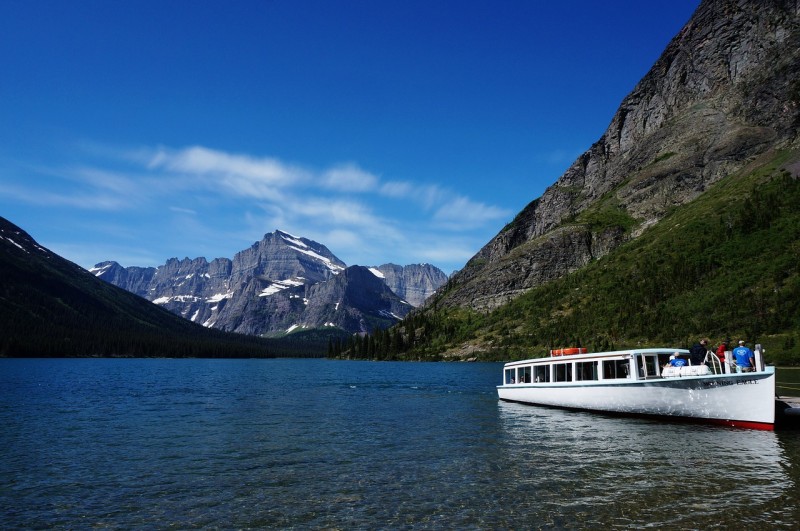 One of Montana’s distinct pros is the fact that small towns like Belgrade exist. Not only is it one of the most conveniently located places to live in the entire state, but it also has some of the best amenities with the likes of Bridger Bowl, Big Sky Resort, and Yellowstone National Park all nearby.

Belgrade also has high marks for its abundance of outdoor recreation amenities, low crime rate, and small-town charm. Some people have suggested that one of Montana’s cons is that the huge scale of outward, undeveloped small communities and lack of connecting transport infrastructure is overwhelming.

Hence, there is a little too much ‘small-town charm’ and little else outside of the well-known, tourist and capital regions.

In the same region, you’ll find the gentrified City of Bozeman near the Bridger Mountains is one of the most increasingly-popular places of recent years for students, young professionals, and families to set up homes. Montana State University is also located in Bozeman, as are a number of excellent public schools.

Residents delight in the plentiful arts and culture throughout the city, from galleries and theaters to festivals and concerts. Reportedly the definite downside of this is a constant increase of living costs comparatively as more people migrate in from bigger cities, and this often adds to the inevitable dilution of traditional values that begins to creep in.

With Glacier National Park being a major tourism draw, it’s no surprise to find nearby resort towns like Whitefish–one of the most popular destinations in Montana, and home to the world-famous Whitefish Mountain Ski Resort.

This is definitely the kind of Montana experience that many people visiting the state are likely to be seeking, although it is expensive and unrealistic for many in terms of taking permanent residence. 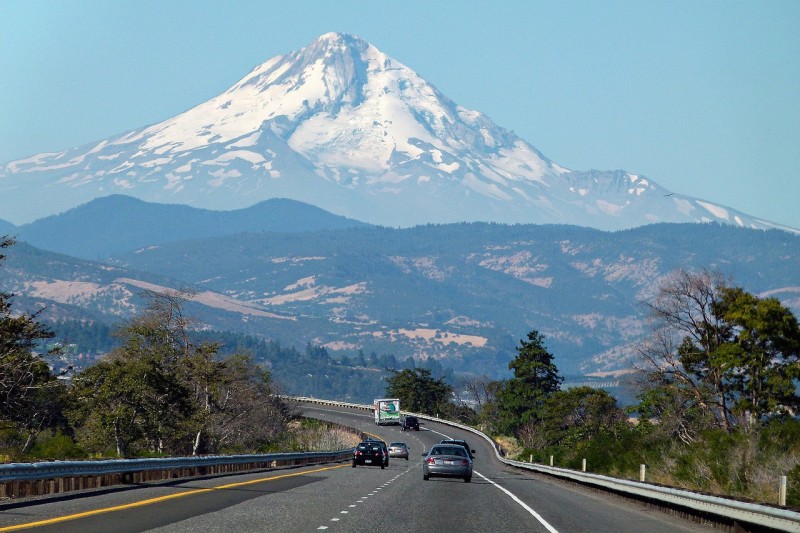 Astoria is just about as far from Montana you can get by way of being a charming port city on the Columbia River’s shores. This region intersects with the Pacific Ocean, and the city is the oldest in Oregon, not to mention west of the Rocky Mountains.

It’s hard to believe that today’s modern Astoria was formerly just a small log structure back in the days when the Lewis and Clark Expedition stopped off at Fort Clatsop, which has since been restored in its entirety and developed into a historical park.

Then there is the iconic Astoria-Megler Bridge spanning the Columbia River, and what many believe is the best way to see the city is from the top of the Astoria Column. This is a huge, historic hilltop monument with colorful murals depicting the history of the area.

A typical small city in Oregan looks like Bend, on the Deschutes River, at the foothills of the Cascade Mountains, famous for wonderful skiing in the winter and hiking trails in the summer. It is not a place without some history and culture attached to it though.

The Lava River Cave, a part of the Newberry National Volcanic Monument, has 55 steep stairs that lead to a mile-long lava tube with an arched ceiling that takes more than an hour to explore.

The Deschutes Historical Museum, located in the historic Reid School, is the place to learn about the local history. It’s hard not to notice that the charming downtown vibe is in full effect here and there are plenty of art and craft galleries, art shops, book stores, restaurants, and bistros.

The obvious downside of all this as we have already noted is as much as 18% higher living costs than those in Montana.

Then on a different vibe completely you’ve got beaches in places like Cannon Beach, the small coastal town famous for its 9 miles of wide and sandy beaches. You’ll also find the 235 foot-high Haystack Rock here, which happens to be the third-largest coastal monolith in the world.

The area around the monument is part of the Oregon Islands National Wildlife Refuge, a designated National Wilderness Area. Nearby Ecola State Park, near Ecola Point, has dense forest and great hiking trails. The location offers wonderful views of Cannon Beach, Haystack Rock, and in fact the entire coast.

This is a tough one—most likely even as it could often come down to personal preference—especially where beaches are involved….

Montana vs Oregon: Landscape and Terrain:

Although they are similar in some ways, many would agree that the Rockies in Montana are way more dramatic than the Cascades in Oregon. The lava fields near the Three Sisters in Oregon are impressive too—as is Montana’s Glacier National Park. Both states are rich in their volume of waterfalls

But Oregon has the coastline AND Crater Lake, and because of this along with the fact that it has many falls, it gets the vote of those who love that kind of diversity. If you’re looking for thousands of miles of forest land and crisp fresh air, then you’ll certainly find that in Oregon.

This one is again largely a matter of preference but…that last sentence would do it for us in favor of Oregon.

In It to Win It: Montan vs Oregon Final Verdict

Both states have phenomenal outdoors, with a few obvious geological differences. We know there is a whole lot more land and open space per person out in Montana; we also know that it’s almost 20% cheaper to live in Montana than Oregon…Where would you rather be?

If it’s simply a case of economics then obviously Montana would be the logical choice. But can you live without the open coastline and small coastal towns?

If you are only going to go to one you might lean towards Oregon for the great mountains and ocean. For better mountains, fewer crowds, and lower costs you would head for Montana. Ideally, you’ll get to experience both of them and judge for yourself!