Both Alaska and Montana are often associated with the great outdoors. And they are kind of similar…but different. How so?

If you had to take a trip to the largest state with one of the lowest populations on the entire planet, or another from the top four largest with a few more people pro-rata—which would it be?

How wild do you like your nature experiences to be? There is certainly a lot to explore in comparing the state of Montana and Alaska.

Montana is the ‘Big Sky Country’ with its expansive blue skies and characteristically picturesque scenery. The sweeping landscape encompasses the mountain ranges in the west to the flatter prairie regions of the east, and the state is home to some of the top outdoor attractions in the world including national parks like Yellowstone and Glacier National Park.

Then you have historic markers like the Little Bighorn Battlefield National Monument and of course geographical features like the Rocky Mountains.

Alaska is unique in that it is separate from the rest of the country courtesy of Canada, and although this is the largest state there is in America, it also happens to be the least densely populated.

The size of Alaska is equal to those of Montana, California, and Texas combined, just to give some idea of its vastness, and it lies on the Arctic Circle.

Largely considered as the ‘final frontier’ of the U.S. because of the sheer size of its vast wilderness, Alaska is also home to the highest point in the North American region.

Montana vs Alaska: Size and Population

But does the size of the population follow similar patterns? Well, apparently not so–according to the United States Census Bureau, the total population of Alaska (as of 1st July 2021) was estimated to be around 732,673. Yet based on the data provided by the same organization, Montana’s totals (also as of 1st July 2021) were estimated to be around 1,104,271.

So with more bang for your buck in terms of having way more land and fewer people by far, Alaska is the clear winner here.

Montana vs Alaska: Lifestyle and Cost of Living

This travel budgeting website calculated the average daily living cost per person visiting Montana at $107, while the average daily cost in Alaska is closer to $195. These costs include accommodation, food, transportation, and entertainment.

Of course what travelers spend in a day can greatly vary, although these are averages based on past visitors to each city. Food and accommodation weigh in close to double the prices in Montana for the majority of cases in Alaska.

One report, which compares living costs in Montana’s Billings with those of Anchorage in Alaska, shows similar trends. The latter city in Alaska turned out to be around 25% more expensive than Billings.

Looks like Montana is an easy winner on this one then.

It may depend on your lifestyle to some degree but many people who visit or move to Alaska see the benefit in the distinctly slower pace of life. The same level of hectic chaos that is found across the rest of the nation just isn’t to be found in Alaska.

This means here you get more of an opportunity to slow down and focus on the things that count. And with fewer people and more space, you have much more chance of spending time working on your creativity and making other things happen.

Another result of this to some degree is the small-town charm in Alaska that is apparent everywhere—even in the big cities. That’s not to say that you don’t get the same thing in Montana, but it is more apparent here due to the sheer vastness of land space and relatively small population.

As we have already touched on, the obvious downside to like in Alaska is the living costs. On top of that, many people may not be aware that Alaska is in fact highly prone to earthquakes.

Around 5,000 are recorded each year in the state, and the most powerful earthquake ever was recorded there in 1964. Now that puts a different perspective on things.

Even though some people find it expensive, Montana has a lower cost of living on average more than 5% cheaper than the rest of the country. The education system here is also respectable and desirable, and although you’ll be subject to property tax, Montana has no sales tax. This can significantly reduce costs when buying cars etc.

A major upside to life in Montana is the fact that there is a summer, and you do get more by way of seasonal variations in the weather and climate—much less likely the case in Alaska where people are more likely to suffer from seasonal disorders resulting from lack of sunshine (aside from the fact that when it is summer they get more light than anyone!).

Montana is a renowned outdoor enthusiasts’ paradise, the fact that you can pick your season is a huge contributor to this. It is standard practice for locals, such as farmers, ranchers, or oil sector professionals to work outdoors and the natives take advantage of every opportunity to go camping, hunting, and hiking.

Any negatives related to Montana could well be related to the fact that aside from in the major areas there remains little development, and this includes public transportation routes.

The sheer volume of tourists in some areas is also enough to drive many away.

This is a tough one—it should most likely even and will often come down to personal preference.

Montana vs Alaska: Landscape and Terrain 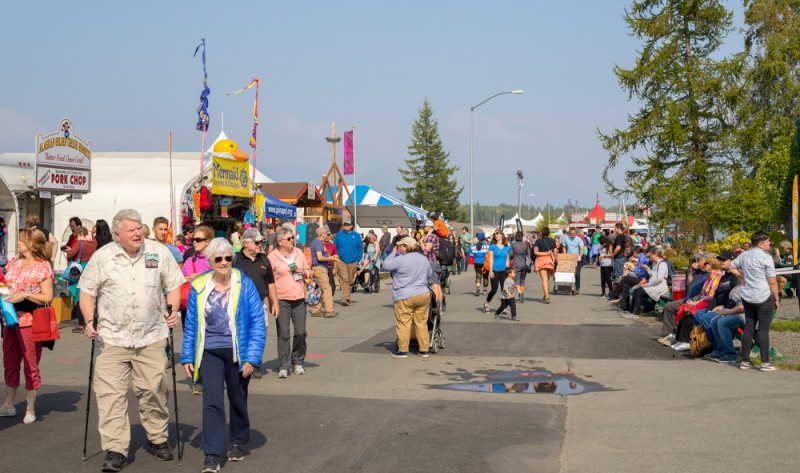 Having established that Alaska is quite a bit bigger than Montana—no mean feat in itself with the Big Sky State being the fourth largest in America—we wouldn’t be far wrong by suggesting that they are both mountainous states.

Alaska seems to have the edge on this one in size terms again as 17 out of the 20 highest peaks in the United States are found here. The most obvious is Mount McKinley, which is the tallest mountain in the entire North American region at 20,320 feet.

On top of that, you have the Ruth Glacier which has carved a canyon twice as deep as the Grand Canyon, and this rip in the terrain is half-filled with ice as much as one mile deep. Fjords and valleys all over Alaska were formed in a similar way by glaciers that covered North America, leaving a vastness that even overshadows much of the Montana terrain.

Aside from Montana’s mountain zones the grasslands and prairies that account for 60 percent of the state’s geography are located in the eastern regions of the Rocky Mountains. The Great Plains extend into Montana, and the prairies, as well as the ‘badlands’, are a huge feature of the eastern landscape. Makoshika State Park near Glendive would be an ideal instance of this type of terrain.

This one is again largely a matter of preference but…judging by the stats we’d have to give this one to Alaska.

In It to Win It – Montana vs Alaska Final Verdict

So there you have it–when we compare Montana and Alaska it soon becomes obvious that there are some similarities, along with some vast differences.

Alaska comes out favorably when it comes to the size of everything, but the travel costs between Montana and Alaska weigh significantly in the Big Sky state’s favor, and it’s not only the travel that makes Montana a significantly cheaper destination.

Of course, if money wasn’t an object and you wanted to spend the same amount in both destinations, consider the quality of hotel, restaurant, maybe even tours that you could divest yourself of in Montana compared to Alaska, where you would need to keep your budget a little tighter.

But if you are the outdoor type you’ll probably want to visit both places anyway!