Modern cross-country skiing as we know it has distant origins in Scandinavia, like many things related to ice and snow.

This form of skiing had evolved in response to the conditions in various mountainous terrains and was deemed so vital that at one point in time Denmark, Sweden, and Norway all had a military comprising a ski troop section.

As you can imagine with its famous and diverse terrain, not to mention reliable snowpack, the cross-country options in Montana cover angles far and wide.

This includes the small and remote towns across the state surrounded by miles and miles of trails to the outer landscapes of much bigger places like Bozeman, and onto state and national parks. 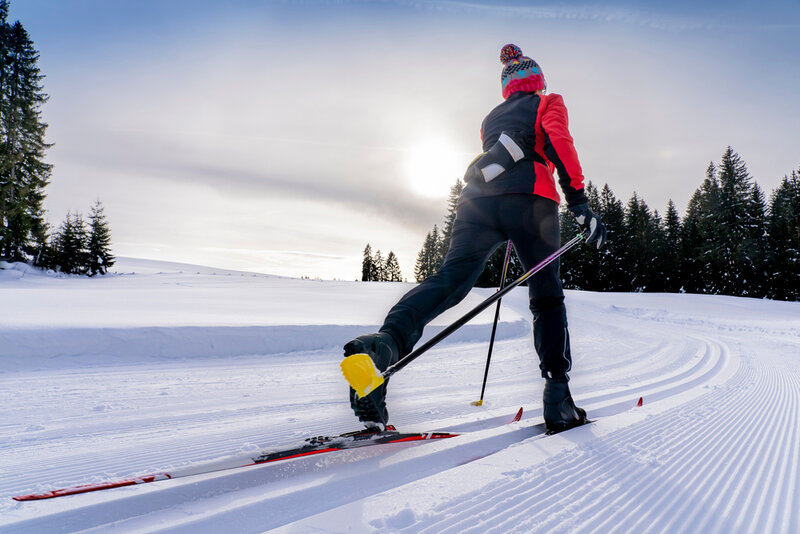 The variety of cross-country skiing options in Montana is impressive, to say the least. This means you can find trails in ski centers and resorts as well as in some of the wild and untethered cross-country and mountain terrain.

When it comes to cross-country skiing options in Montana, you’ll find the entire region has it all covered once it is blanketed in white.

While it would be a near impossible task to be able to detail every nook and cranny, let’s nevertheless see if we can find a few deeper insights into cross-country skiing in Montana in the hope of presenting a few valuable pointers for anyone considering heading to the region to indulge and is maybe wondering where to start exactly. 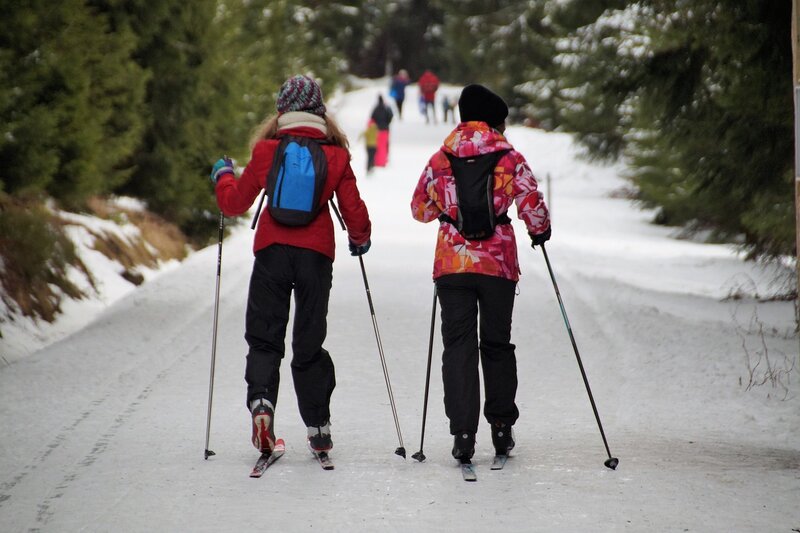 The History of the Sport

One of the first races resembling one of today’s cross-country competitions was reported to be a military ski competition in Norway.

Following that came the first men’s Nordic World Ski Championships in 1925 after the first Winter Olympic Games had been held a year previously in France. It wasn’t until 30 years later that women got their own championships though.

The World Championships were held every four years between 1950 and 1982, although for some reason they were held in odd-numbered years after 1985.

Eventually if not rapidly the sport soon transformed into a popular competitive winter pastime in areas like Montana, where conditions and terrain are ideal. 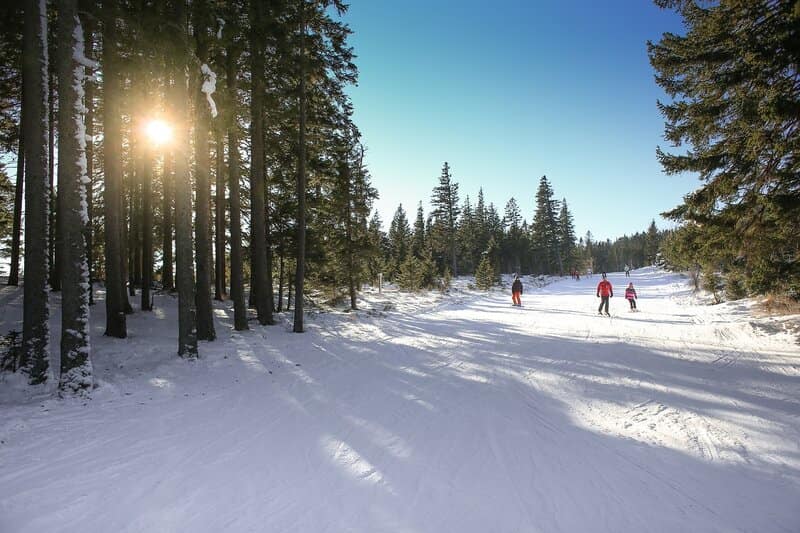 With a consistently reliable snowpack and a historically rich lineage of Norwegian and Swedish settlers, cross-country skiing in Montana is one of those activities that many hold as being close to the state national sport.

Once the powder has settled, if not before, it won’t be too long before you can catch sight of a few bodies gliding their way under a canopy of conifers.

Some of the best winter and cross-country sports terrain can be found in Montana and specifically in the Northwest regions. The incomparable beauty and serenity of the Montana wilderness in winter can only really be fully appreciated from scenery and experiences such as this.

No matter what your level of experience or skill, if you need help with a trail network you’ll find the task made much easier by the existing plethora of Nordic centers and resorts of all shapes and sizes.

The trails are mostly well-maintained and lead all the way into state and national park areas of stunning beauty and ideal cross-country skiing terrain. The majority of well-known trails and ski areas are also well within the vicinity of the downhill ski areas. 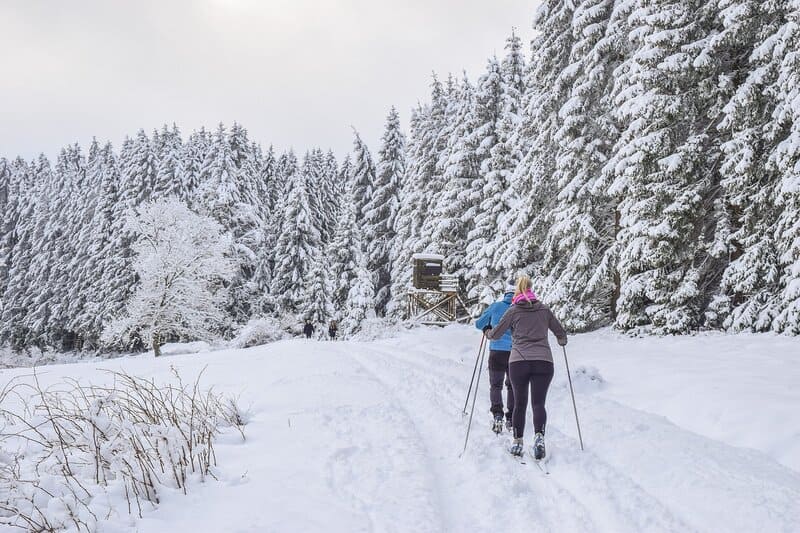 Many would consider that among the best options are the towns of Whitefish and Bozeman where Nordic Trails and Mountain Sports Centers cross paths.

Big Sky Resort in Whitefish provides access to some of the best cross-country and Nordic trails in the region. Bozeman is surrounded by terrain that gives both new and advanced skiers the chance to experience a wide variety of great cross-country skiing options.

Bozeman’s Crosscut Mountain Sports Center is a renowned and popular destination for cross-country skiing in Montana.

The center offers ski rentals and tuition to all levels. The available terrain spans over twenty miles throughout the season, which typically runs from the start of December through March. Trail Fees are a requirement.

The small and scenic town of Choteau is another destination often sought out for its well-maintained cross-country ski trail system. This is in the vicinity of the great Teton Pass where there are 30 miles or more of cross-country trails west of the town. 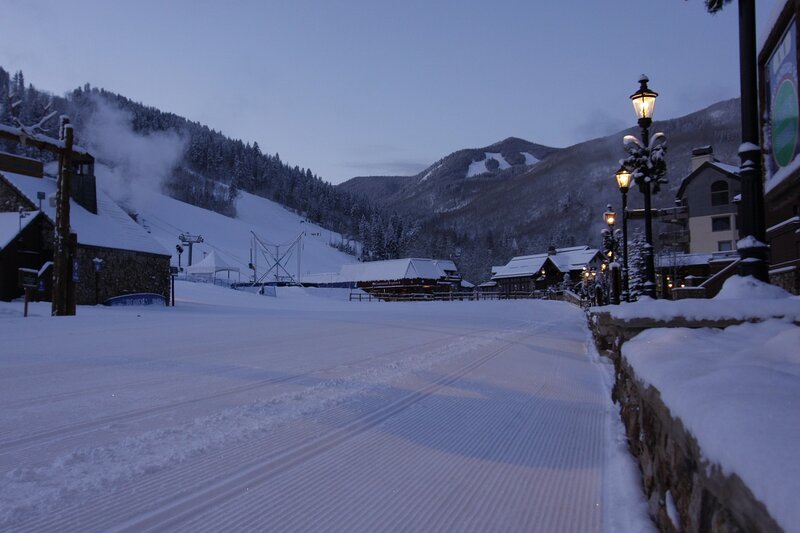 The ideal and picturesque cross-country skiing setting found just to the south of Havre, Beaver Creek Park an impressive sight and experience.

Located up in the Bears Paw Mountains and with two lakes and plenty of other stunning scenarios along the way, why not?

Nestled within the Little Belt Mountains to the southeast of Great Falls, Showdown Montana offers some great scenery and diverse trails. Maps of the area are available at the ranger station.

The Silver Crest Recreation Area near Neihart features 11 miles of marked and groomed cross-country touring trails. The area is just 7 miles south of the town and includes some impressive scenery along the way. 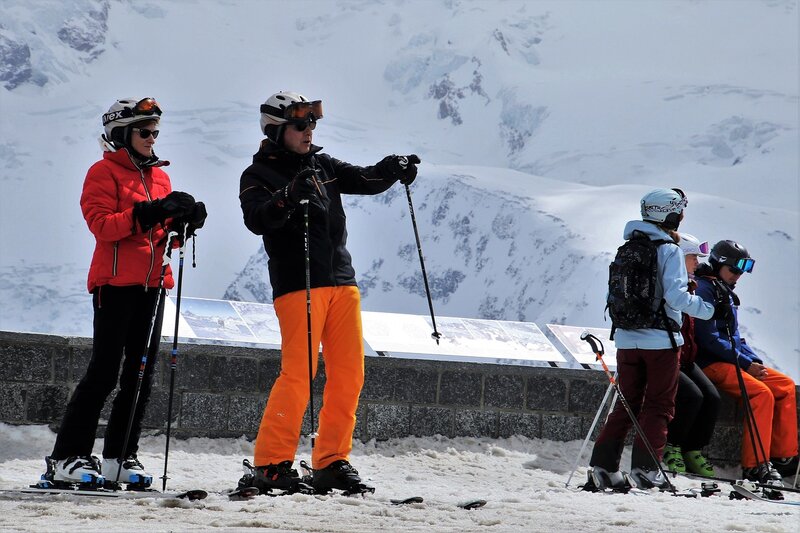 One of Montana’s two most famous national parks, Glacier National Park, is another popular avenue for some top-notch cross-country skiing options.

The park offers seemingly endless options although most of the areas and routes in the park are unmarked and are thus accompanied by the necessary safety guideline warnings and stipulations.

Come December though the trails in and around Glacier National Park will be alive with cross-country enthusiasts once the tourism of summer and fall has tailed off. Roadways soon fill with snow which limits or prohibits vehicles, and the scenery is something else.

Skiing is free in the park although a parking pass is required and is available at any of the park entrances.

Not surprisingly hundreds more miles of amazing snowy trails ideal for cross-country skiing can be found in Yellowstone National Park. Some of the best spots include the Old Faithful area, the Lonestar Geyser Trail, the Fern Cascades Trail, and the Fairy Falls Trail.

But as with everything in Yellowstone you can expect plenty of others with the same idea to be around, so this national park is unlikely to be one of the least-populated areas in Montana for cross-country trails.

The only Wildlife Management Area with accessible cross-country skiing in Montana is the Mount Haggin region.

When Is the Best Time to Indulge in Cross-Country Skiing in Montana?

The absolute guaranteed best times for anyone coming in from out of town are likely to be Between December and either March or May. This will depend on the particular area involved and the kind of temperatures and weather conditions that are prevalent there.