The history of the Battle of Rosebud site is remarkable, and it is one that cannot be overlooked. A National Historic Landmark, Rosebud Battlefield State Park is related to the Great Sioux War of 1876-1877, which is regarded as the most significant Indian struggle in American history.

We won’t be able to cover all of the history linked with this park in one blog, but we’ve compiled all of the key facts for you below.

The Battle of Rosebud Battlefield is linked to the events leading up to the Battle of Little Bighorn. It symbolizes the 1,500 Sioux and Northern Cheyenne who took a proactive stance at Rosebud Creek, forcing Brigadier General George Crook’s 1,000 forces to retire.

On June 17, 1876, hundreds of warriors and troops fought on the field, making it one of the biggest confrontations of the Indian wars.

Crook’s forces were not there at Little Bighorn to reinforce Colonel Custer, eight days later, because they had been evacuated from the fighting zone to replenish. This circumstance led to the catastrophe at Little Bighorn a week later.

The Battle of Rosebud Creek was particularly noteworthy because the Indians fought as an army to preserve their native territory.

One of the more interesting facts about The Rosebud Battlefield State Park is the Cheyenne name for the battlefield, “Where the Girl Saved Her Brother,”.

This name comes from an episode during the war in which Buffalo Calf Road Lady, a Cheyenne woman, rushed to the aid of her injured brother, Chief Comes. Her bravery is reported to have brought the Native American soldiers together.

Although the park is open year-round; it is only open during the day. Therefore, currently, there are no possibilities for overnight camping. 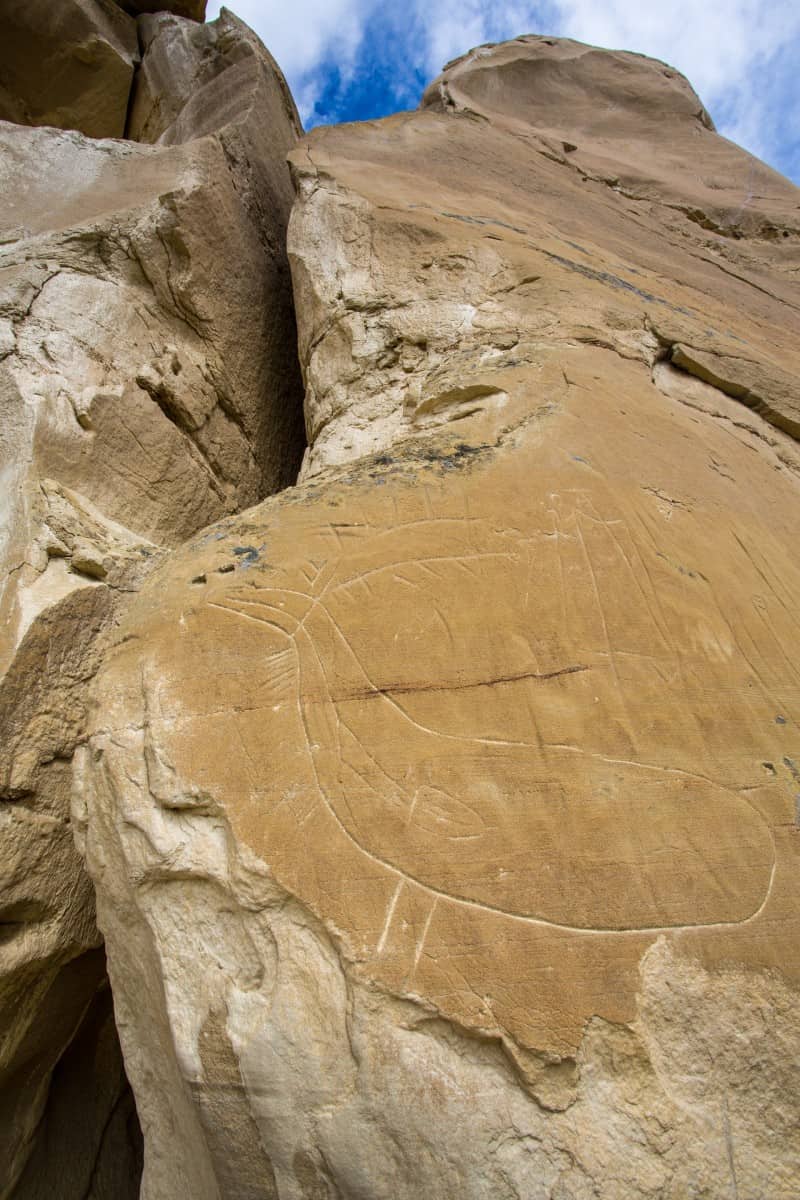 Since the park is still undeveloped, it may not appear to be as intriguing at first glance. There is, however, a reason why it has been kept undeveloped.

It’s been left in a state that’s eerily similar to that of a war. Interestingly, as a result, it is used by the military to analyze specific conflicts and war history.

This 3052-acre state park, which commemorates the Battle of the Rosebud, “Where the Girl Saved Her Brother,” was turned into a “National Historic Landmark” in 2008.

The site is nearly identical to what it was during the conflict in the 1870s, albeit the park does not encompass the full battleground.

Within the park’s proximity, the land has a rich and extensive history that dates back to both before and after the battle took place. Many people have hunted and gathered in the Rosebud Valley for years, including a cliff location that was formerly utilized as a “buffalo leap”.

In addition, this buffalo leap in the park is one that must be viewed. There are petroglyphs and other Native American elements on the rocks in that region.

The park’s knowledge of the buffalo leap, petroglyphs, and other monuments in the vicinity is however limited so you need to explore all of it on foot by yourself! Having the Rosebud Battlefield State Park map on your phone already can come in really handy.

What to do in the Park?

Rosebud Battlefield State Park is a peaceful site to sit, relax, and discuss or contemplate American history. You can opt for a trek, have a relaxing picnic, and spot animals in the wild with your family. We’d suggest you take your hiking gear, camera, and take in the history and reverence of this hallowed site.

To the Kobold Buffalo Jump and up to the top of Crook’s Hill, mowed walking routes are maintained, but feel free to explore the park’s grassy slopes.

Visit Crook’s Hill for a lovely view, then head across to Conical Hill for a Native American perspective. Imagine the cavalry charging down the slopes as you go up to Van Vliet’s Ridge. It is quite a thrilling experience if you think of it!

Prehistoric ancestors etched intricate art onto the buffalo jump’s rock face. We recommend that you go on a hunt for these petroglyphs with your family.

The rock art on the Kobold Buffalo Jump depicts shield-wielding warriors; a frequent motif on the Great Plains. Only the head, arms, and legs of a human-like creature wielding a circular or oval-shaped shield are seen in these carvings.

Before the horse was introduced to the Great Plains, most battles were fought with shields, spears, and war clubs, all of which are shown in this form of rock art.

The shields frequently have some kind of artistic pattern on them, which is most likely a religious or tribal insignia.

Rosebud Battlefield State Park may not have a wide range of activities available inside, however, there is a lot to explore within the park.

You can keep yourself and your family occupied while having a great time by indulging in bird watching, animal spotting, hiking, photography, picnicking, and, of course, there’s the Buffalo Leap along with great views!

There are a few tour companies that now offer a detailed tour where you spend an entire day learning about Rosebud Battlefield.

Places to Stay Nearby

The top-rated 7th Ranch RV camp in southeast Montana is located next to Custer’s Little Bighorn Battlefield and has great overall ratings on some of the best sites.

They have a ranch-themed play area for children along with a sandpit, stumps, and logs to climb and play on, and several hills to climb and wander on. In camp, there’s plenty of space for a game of horseshoes or volleyball. The surrounding walking area is popular with pet owners.

This Ranch RC Park provides visitors with everything they need to make their visit relaxing and fun. You’re provided with most of the basic amenities such as hot water, free Wi-Fi, and laundry.

The 7th ranch also has historical tours available, which take you across the rosebud battlefield and many other important historical sites. Definitely worth experiencing, we think!

This motel in Colstrip, Montana, is located in southern Montana, where the High Plains meet the Rocky Mountains. The area is rich in minerals and other natural resources, and there is so much to see and discover!

Guests staying at Colstrip Inn will find a welcome and warm atmosphere, as well as amenities that will help them to unwind and feel relaxed.

After seeing Rosebud Battlefield State Park, rest in smoke-free rooms with flat-screen televisions, fresh and comfy beds, microwave/fridges, hot water along with hairdryers at your disposal, coffeemakers, workstations, and iron and ironing board too.

Recliners are also available in selected rooms, which you may request when reserving your stay. Just to name a few amenities, there is free Wi-Fi, a guest laundry, and a business center available to you at Colstrip Inn & Suites.

They not only provide all of this, but they also provide friendly service, comfortable lodgings, and reasonable prices.

So be sure to check it out when planning a visit to Rosebud Battlefield.