Surrounded by several mountain ranges, Stanford, MT, is home to some of the most beautiful landscapes in the state.

In fact, the breathtaking countryside is immortalized in the many works of Charles M. Russel, Montana’s Cowboy Artist, who spent a considerable amount of time in Stanford and used the region’s geography as inspiration for his paintings.

In 1880, Stanford originated as a small settlement owned by Calvin and Edward Bower, who named their newly acquired 100,000 acres after their hometown of Stanfordville, NY.

As an important stop along the Fort Benton-Billings stage route, Stanford rapidly grew in popularity and became a frequent meeting place for cowboys who stock grazed the area before the arrival of homesteaders and shepherds.

However, the arrival of the new railway station in 1908 heralded the town into Montana’s Homestead Era, and with it came rapid growth in the town’s population.

Moving about three miles to be adjacent to the railroads, Stanford asserted itself as an influential community in the region and has served as the Judith Basin County seat since its conception in 1920.

Today, Stanford remains an important community in Judith Basin County and features some of the most impressive landscapes in Montana.

Stanford attracts visitors from around the world as they flock to this historic community and engage the many outdoor wonders that preside there. 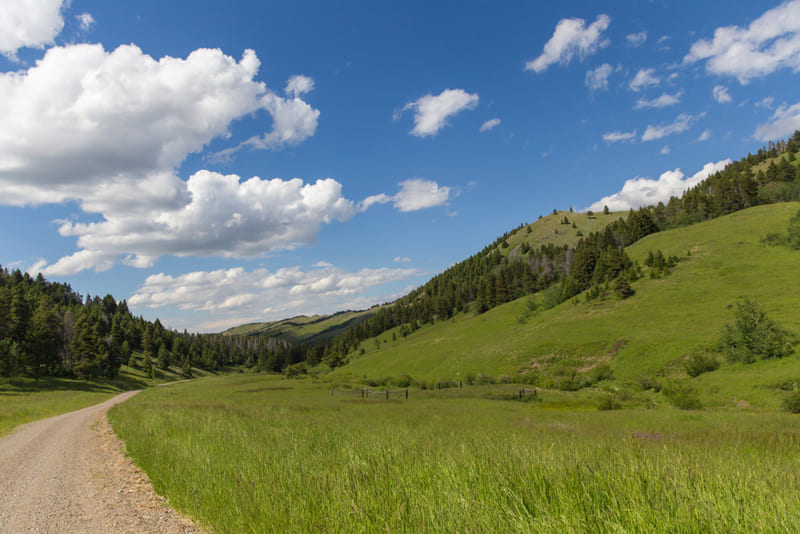 Stanford, MT, has a rich history, and there are many attractions dedicated to exploring the region’s past.

However, the true draw to this beguiling destination is the myriad of natural landforms and monuments made iconic by Montana’s Cowboy Artist.

Spanning 2.8 million acres, the Helena Lewis & Clark National Forest covers much of central and north-central Montana and passes through the Judith Basin County just outside Stanford.

Characterized by its coniferous forests, high mountain peaks, board grassy meadows, and wooded valley bottoms, the Lewis & Clark Forest is popular with outdoor adventure seekers for its hiking, camping, and wildlife spotting opportunities.

Other fun activities available within the forest include hunting big game, fishing in the forests streams, and even snowshoeing, skiing, or snowmobiling.

First recorded in 1805 by the Lewis and Clark Expedition, Giant Springs State Park is one of the largest freshwater springs in the U.S. and produces over 256 million gallons of water daily.

Encompassing nearly 14 miles of shoreline along the Missouri River, Giant Springs State Park welcomes guests to dip into the Spring’s bubbling pool as they listen to the soothing sounds of the cascading water.

The park’s 30+ miles of paved and dirt paths offer fantastic hiking trails along the springs and are a great way to escape the crowds as you enjoy the tranquil sights and sounds of the attraction.

Also located in the park is the Giant Spring Hatchery, where guests can explore the visitor center or feed fish in the on-site show pond. Alternatively, guests can try their hand at catching local fish species at one of the park’s fishing access sites located along the Missouri River. 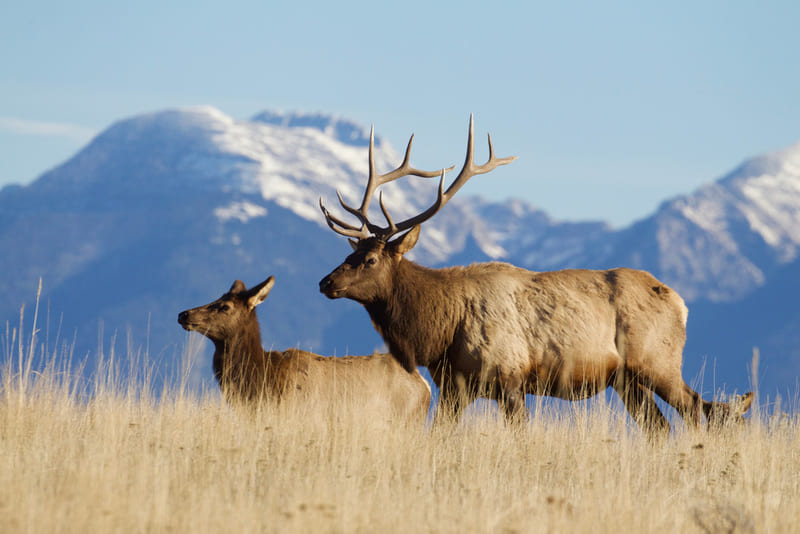 But of course, the park has grown to service more than just the local elk community. Through their efforts, the park now features a wide array of animals and provides a selection of recreational opportunities to the general public.

In the Spring, visitors to the park can spot indigenous species of white-tailed deer and antelope, while the summer months are the best time for spotting raptors, small mammals, and songbirds.

Established in 1967, the Judith Basin County Museum is an essential attraction in Stanford for understanding the more extraordinary histories of the Judith Basin region and the story of the people that have lived there.

Among the museum’s displays are exhibits depicting Charles M. Russel’s Stanford-inspired artwork, the local ranching and homesteading history, the Indigenous communities that once resided in the area, and an impressive collection of over 5,000 buttons.

Among the museum’s many exhibits, the most intriguing display is that of the White Wolf. For 15 years, the wolf reigned supreme over the wildernesses spanning Stanford and the Little Belt Mountains.

The wolf preyed on the calves of the local cattlemen, who were resolute in their pursuit to track the culprit down. But time after time, they failed. The White Wolf grew to become a local legend and attracted hunters from around the state.

Finally, the wolf was captured, and the locals discovered the feats of the legendary wolf’s size were not exaggerated. Weighing 83 pounds, the White Wolf measures six feet long from the tip of his nose to the end of his tail.

Today visitors can explore the development of the White Wolf’s legend through a series of displays at the Judith Basin County Museum. In addition, the White Wolf himself has been preserved and is currently on display at the Basin Trading Post located nearby.

With some of the most beautiful landscapes in the state, Stanford promises a myriad of fun-filled outdoor activities adventuring through its surrounding National Parks and Protected Wildernesses. 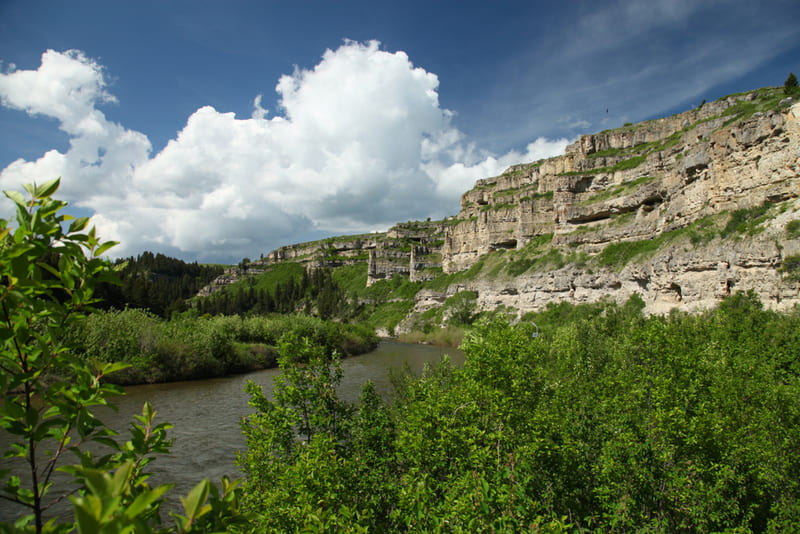 One of the best hikes in the area is the north section of the Sluice Box Trail. This 2-mile hike features four river crossings and a narrow cliff-side walkway that brings guests through the breathtaking land features of Sluice Boxes State Park.

For more of a challenge, experienced hikers should try Wolf Butte Trail. The 6.3 miles out and back trail includes an elevation gain of 1761 feet and guides hikers through the mountainous landscapes surrounding the nearby town of Geyser.

However, another excellent fishing spot can be found at Sluice Box State Park. Here potential anglers can cast their line into Belt Creek, home to local Brown Trout, Rainbow Trout, and Cutthroat Trout, the official State Fish of Montana.

Stanford is a popular destination among Montana hunters thanks to the many wildernesses covering its countryside.

One of the best spots for hunting in the Stanford region is the Judith River Wildlife Management Area. Here guests can partake in the hunting season for big game species, including elk, mule deer, white-tail deer, and antelope.

For private property hunting, visitors should rent the Hughes Mountain Ranch. Located in hunting districts 448 and 420, the ranch offers six-day rentals and is perfect for a solo hunting trip or a small group.

Hunting permits are required in Montana and should be acquired before visiting. Check out the Montana Fish, Wildlife, & Parks website for more information on hunting regulations and applying for a license.

As a small town with a population of 260, Stanford does not have the most diverse accommodation selection. Luckily, hotels and guest ranches are scattered throughout the countryside and surrounding towns. The following are just some of the top accommodation options in the Stanford region.