Montana may not be the first place in your mind when you hear the words ‘celebrity’ or ‘famous.’ We’re the first to admit that! But there’s something about these beautiful mountain views and Big Sky Country that has people coming back to their roots.

While the Treasure State is the fourth largest in the country, it’s only 44th in population size – meaning you can count yourself lucky to be among tight-knit communities that care for one another. And this is true about its famous and infamous folks, many on this list giving back to the homes that raised them or impressed them enough to stay.

Let’s take a deep dive into 10 famous people from Montana:

Most Famous People from Montana

There have been many famous people to come out of Montana, including artists like Charles M Russell who helped define the Western spirit to Actress Myrna Loy who left behind a legacy in The Myrna Loy Center. More modern famous Montana personalities include cult movie director David Lynch and actress Sarah Margaret Qualley. 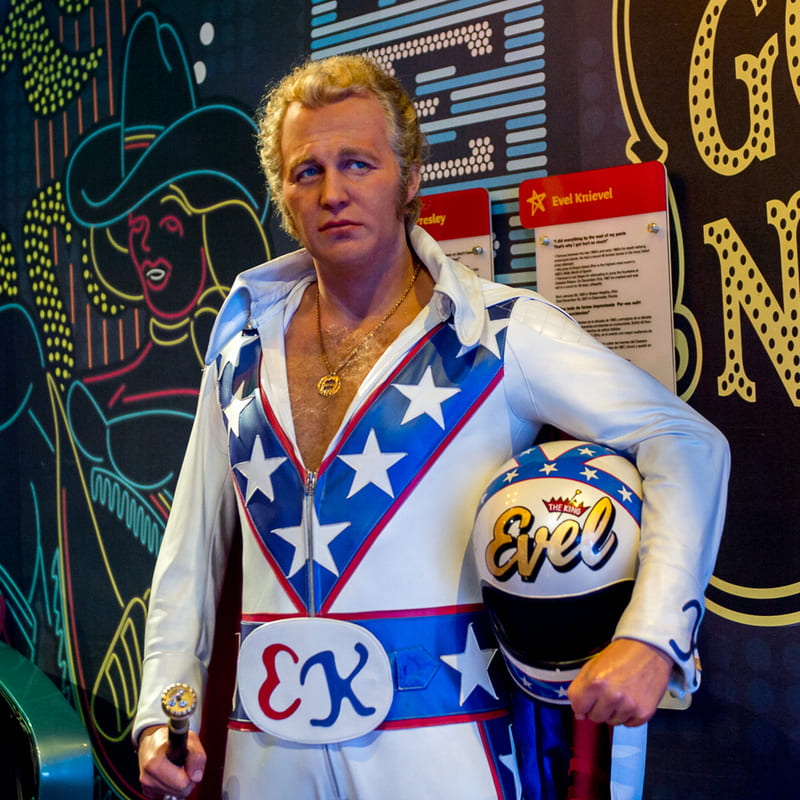 Butte, Montana isn’t known for its burgeoning arts and entertainment scene, but in October 1938, it opened its doors to one of the biggest daredevils this country has birthed: Evel Knievel.

Born Robert Craig Knievel, this daring stuntman flew across the skies on his motorcycle, recklessly driving, crashing, and making a spectacle of himself. Raised by his grandparents in Butte, Robert was a standout athlete – but it was his identity as a troublemaker that eventually gave way to his biggest headlines.

After stealing a Harley Davidson at age 13 and garnering the “Evel” nickname due to stints in jail, a persona was born. Working a stint in Anaconda’s copper mines to support his family brought the realization that his crazy motorcycle stunts could do the same (He really took “necessity is the mother of invention” to a new level!).

While he considered himself more of a businessman than a stuntman, he continues to be known around the world for his daring tricks that all started with a stolen motorcycle and a dream. 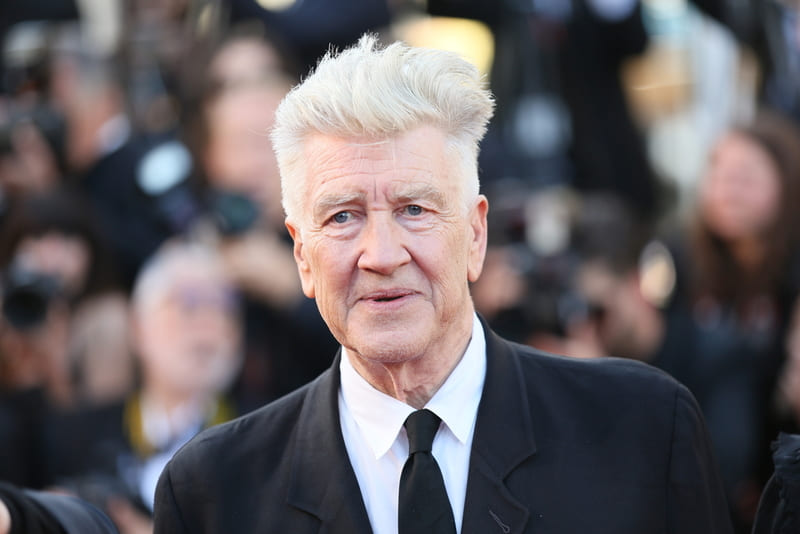 Known for his surrealist and dreamy films, David Lynch was born in Missoula, MT in 1946, although his family traveled and moved extensively due to his father’s role at the Department of Agriculture.

An artist in every sense of the word, Lynch honed his craft at Boston’s School of the Museum of Fine Arts before taking the ultimate plunge and dropping out. Similarly, his time spent in Missoula’s Boy Scouts of America fine-tuned his unique brand of DIY creativity.

But it was a visit to Hungry Horse, Montana at 14 years old that clicked another pivotal groove in place. Meeting next-door neighbor and artist Ace Powell proved to be inspirational for his own craft, giving him cause to think more seriously about art as a career rather than a pipe dream.

And the rest, they say, is history. 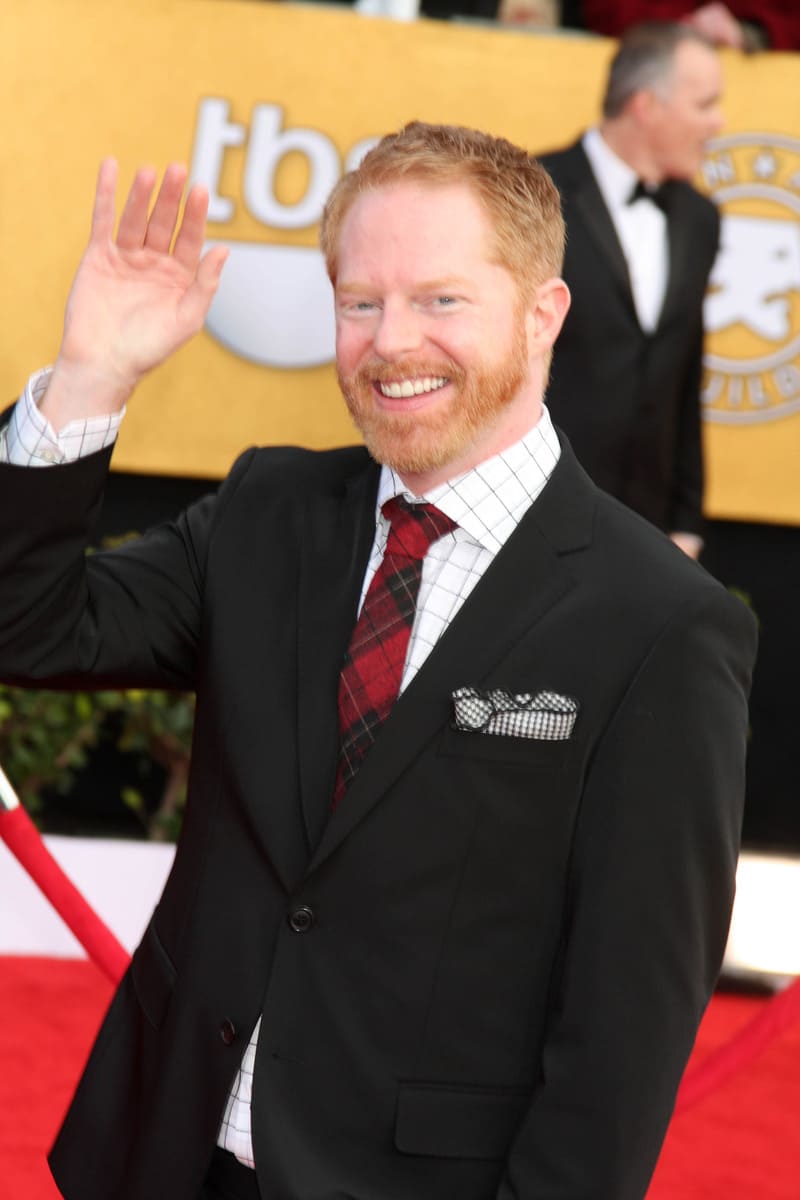 Born in Missoula in 1975, Modern Family’s Jesse Tyler Ferguson has come into his own as a comedic actor in television, theater, and film.

While he didn’t spend much time in his Montana birthplace, he remains close to his midwest and southwest roots. After moving to Albuquerque, New Mexico at the age of eight, he decided to pursue acting and joined the Albuquerque Children’s Theater.

A solid choice, indeed – he honed his craft there for six years before moving on to school theater. Ultimately, Modern Family landed in his lap, a comedic series that catapulted him into the national consciousness.

Ferguson still returns to Montana with his family from time to time, and he recognizes its formative role in his youth. Cheers to that! 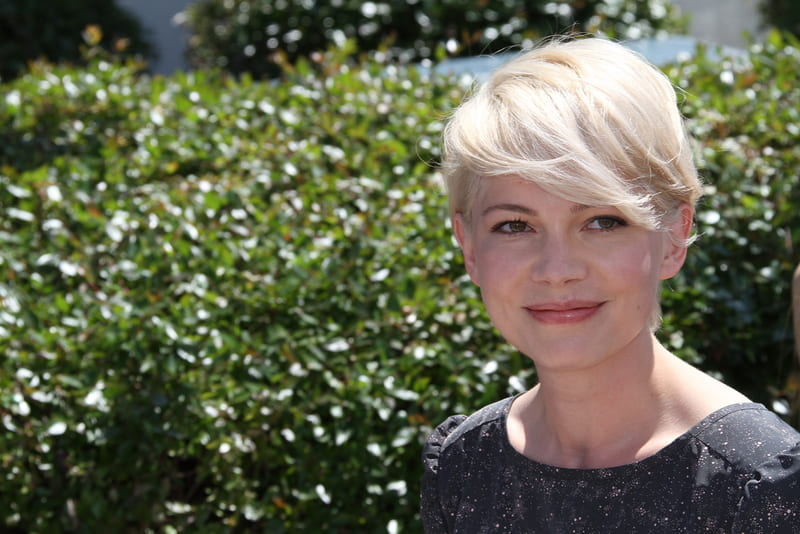 Michelle Williams is something of an enigma: she’s in the spotlight but she chooses to live privately. This may have something to do with the actor’s Kalispell, Montana background, a place far from the gleam of Hollywood.

Born in 1980 to a family that has lived in Montana for generations, Williams has fond memories of the wide-open Montana skies that raised her.

Of Norwegian descent, her great great grandmother Inge traveled as a stowaway to Ellis Island and hopped on a covered wagon to Montana – and a new American story began.

Williams has a knack for picking independent and artistic roles, as well as forging her own path in the industry. Coming from northwestern Montana, it’s easy to see where she gets her individualist streak from. 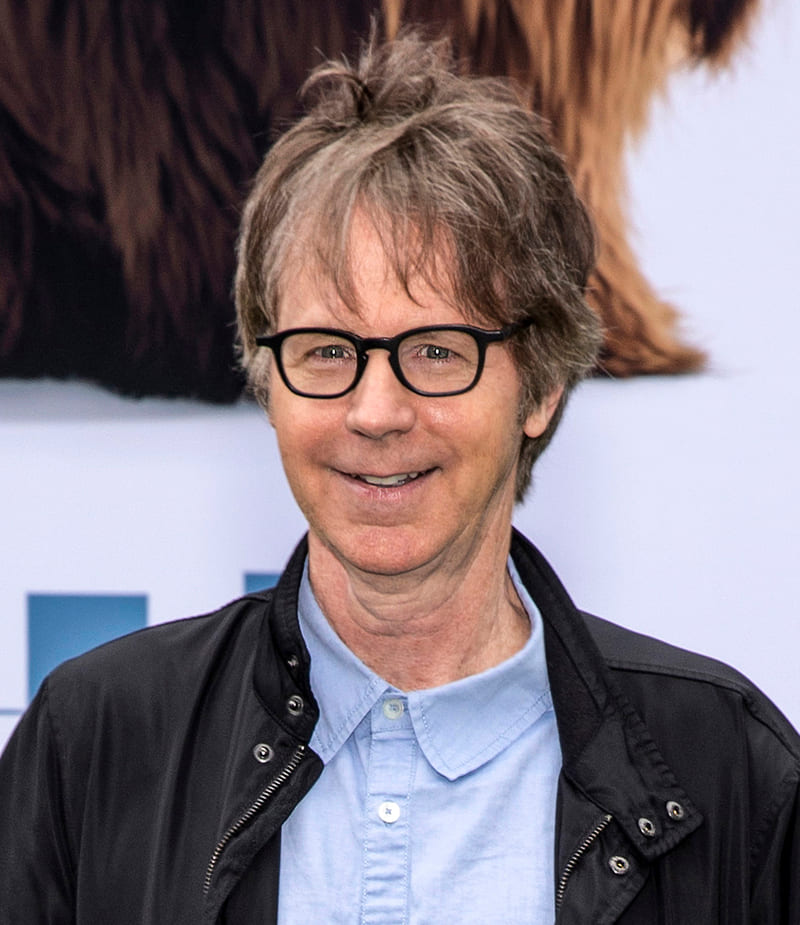 Perhaps best known for his roles on Saturday Night Live (The Church Lady) as well as the effervescently goofy Wayne’s World movies, comedian Dana Carvey was born in Missoula, MT in 1955 to two native Montanans.

The fourth of five children, Carvey based his well-known Garth character after his engineer brother, Garth, also a Montana native.

Although Carvey spent seven seasons on SNL and worked as a creative in LA, he’s remained close to his roots throughout the years.

It’s not often you get to bring even one skate park into fruition, but Pearl Jam’s bassist has helped fund and build over 20 Montana skate parks.

Ament grew up near Havre, MT, and now lives in Missoula, but between touring the world with his legendary grunge band, he’s living his mission of making Montana a skating oasis.

After spending two years at the University of Montana for art, Ament left the state to build his music career and travel the world, where he eventually ended up as the founding bassist of Pearl Jam.

But, he’s always coming home to Montana to generate buzz around his home state and sustain its growth, especially in rural areas that could use the traction. A true mentsch! 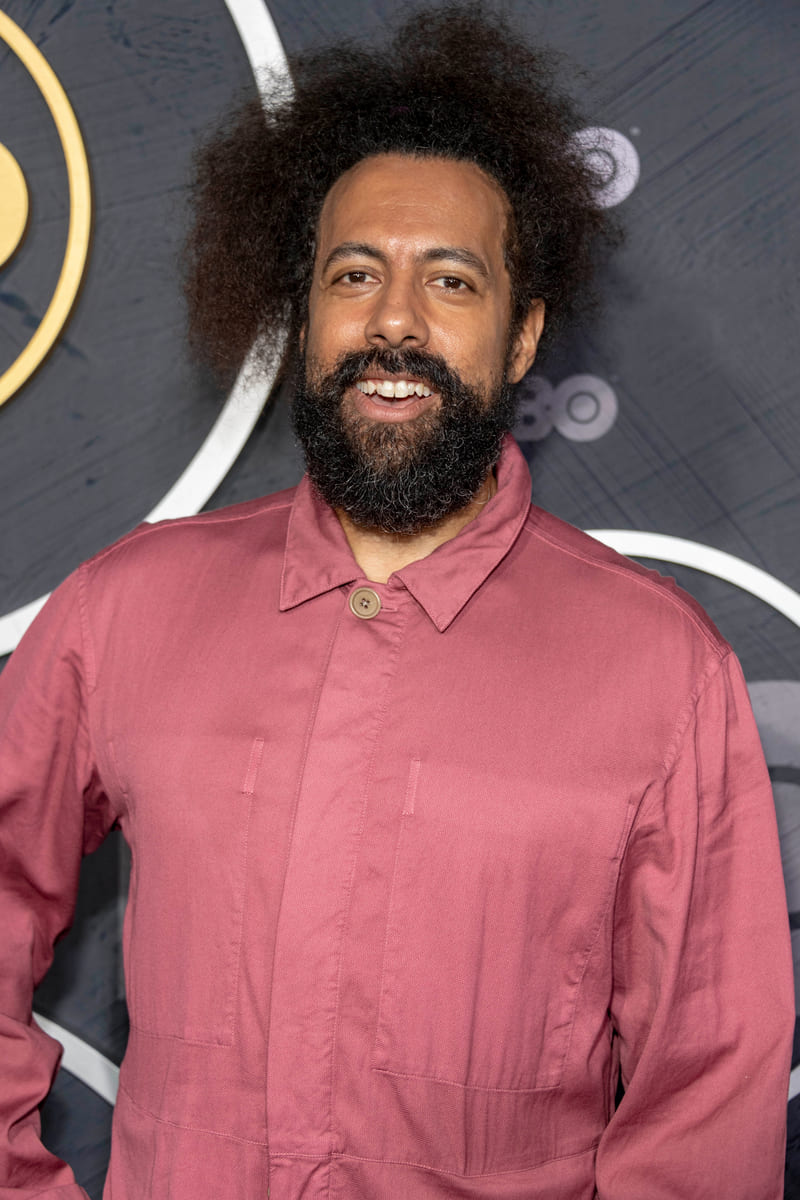 Hailing from the third most populous Montana town, Great Falls, comedian, actor, and multi-instrumentalist Reggie Watts makes a point to look back at his home state.

Calling it “a place where time is on your side,” Watts graduated from Great Falls High School in 1990, attending piano and violin lessons after a life-changing moment seeing a Ray Charles performance on TV.

While he’s lived in Seattle and New York City, he always returns to visit his mother, still in Great Falls. Take note, kids: all you need is a looping machine and some drive (and a four and a half octave vocal range!), so get out there!

Check out one of his many Conan appearances here. 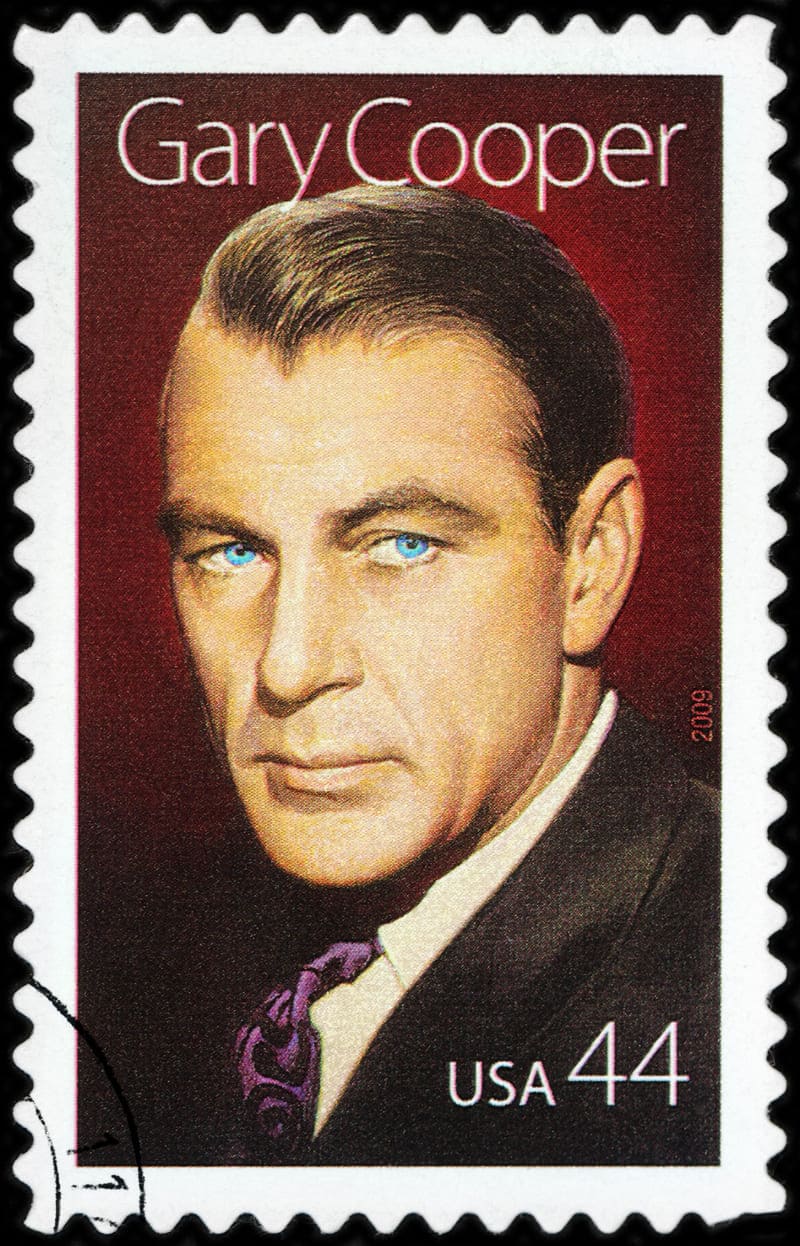 You may not know him by name, but we guarantee you’ve seen his face. Highly popular in the mid-1900s, Gary Cooper was something of Hollywood royalty for his stoic, quiet performances and leading man material.

After winning the Academy Award for Best Actor twice and receiving several nominations, you would think he had no reason to think about his native Helena – but it was Helena that formed him.

After an unfortunate car accident, Cooper took to horseback riding in Helena and worked full time on his family’s ranch as a cowboy – a prelude to his Western roles.

At one point, he even worked as a Yellowstone National Park tour guide, giving him access to the larger public, along with his work as an art editor. But after quietly exiting college, he eventually ended up in Los Angeles, using his Montana rancher experience as an extra and stunt rider.

More than anything, it gave authenticity to his roles that caused people to pay attention for more than three decades.

You can watch a documentary on the iconic actor here. 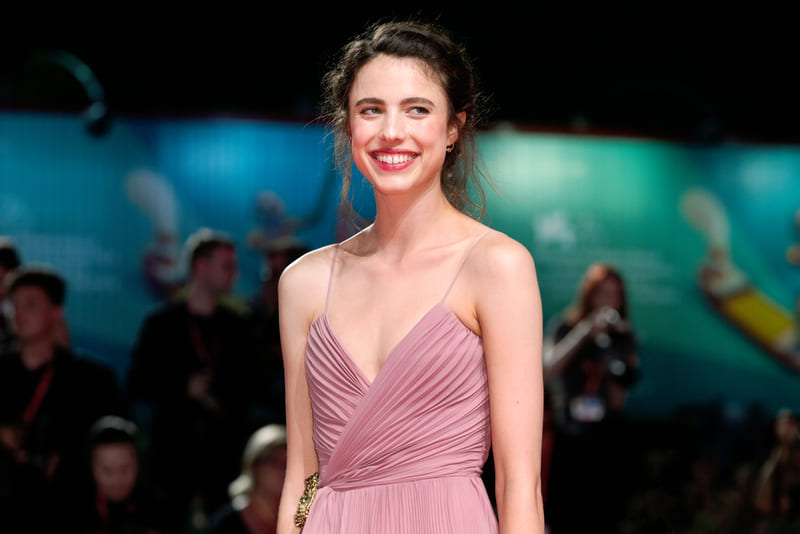 An up-and-coming actor making buzz in Tinseltown, Margaret Qualley spent her early years on a Missoula, Montana ranch with her brother and sister.

The daughter of Andie MacDowell, she was born in Kalispell before the ranch move, but after a dancing stint in North Carolina, she ultimately moved to New York to pursue her dreams in the industry.

While her mother still lives on a Montana ranch, Qualley has picked up storm in film and TV, particularly Maid. 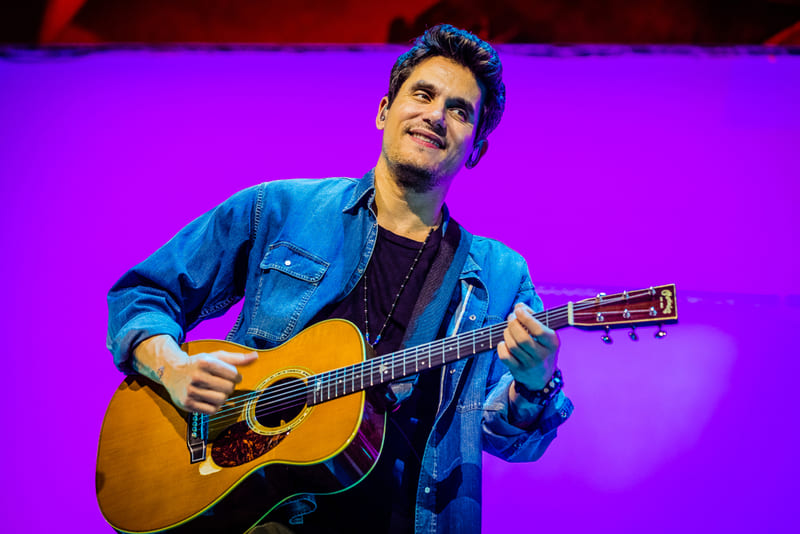 While not a Montana native, John Mayer has set his roots in Montana since 2012. Moving there to recover from a taxing vocal surgery and recoup after a grueling media frenzy, Mayer credits Montana with stabilizing and centering him outside of the paparazzi bubble.

His 2012 Americana album Born & Raised came directly from this Big Sky Country inspiration, while his next album Paradise Valley was directly linked in sound and vision to his new home.

As a new citizen of the Treasure State, Mayer has made a point to give back to his local communities, fundraising for firefighters, providing assistance during the pandemic – silently showing up in times of crisis.

While other celebrities have homes in Montana, Mayer is the only one – besides Glenn Close – whose drive to help has a sense of authenticity and purpose. A surprising pairing, indeed.