Located in North Central Montana, just south of the Canadian border, you will find wide-open Chouteau County. One of the original nine counties in Montana Territory, it was established in the earlier years of development, in 1865.

They helped develop trade routes to the southwest and were also known as one of the first families of Chouteau County. From their livelihoods as fur traders to their legacy as philanthropists, this family has had a huge impact on Chouteau County.

Today the county is home to 5,895 (around two people per square mile) people including the Chippewa-Cree tribe on the Rocky Boy Indian Reservation and contains part of the Lewis and Clark National Forest. Most of the 3,972 square miles is made up of prairies, rivers and mountains.

The Big Sandy City Pool is a wonderful way to spend your summer and stay cool on a warm Montana day. The seasonal pool is open June 1- August 17 and is designed with something for everyone to enjoy.

The aquatic recreation center is home to a swimming pool with a changing room and lifeguard. Big Sandy Swimming Pool offers two small water slides and a sprinkle park for younger children, lap swimming, free swim, and classes. The pool is the training home for the local award-winning swim team as well.

The recently expanded skate park was a generous donation by local and Pearl Jam bassist, Jeff Ament. Big Sandy Skate Park is one of 23 skate parks Ament has erected over the last two decades in Montana. The park is conveniently located next to the Big Sandy Swimming Pool.

The park was originally built in 2010 and went through a second phase in 2015 and it is a popular place for kids during the summer. You can find a schedule of activities happening year-round on their facebook page. 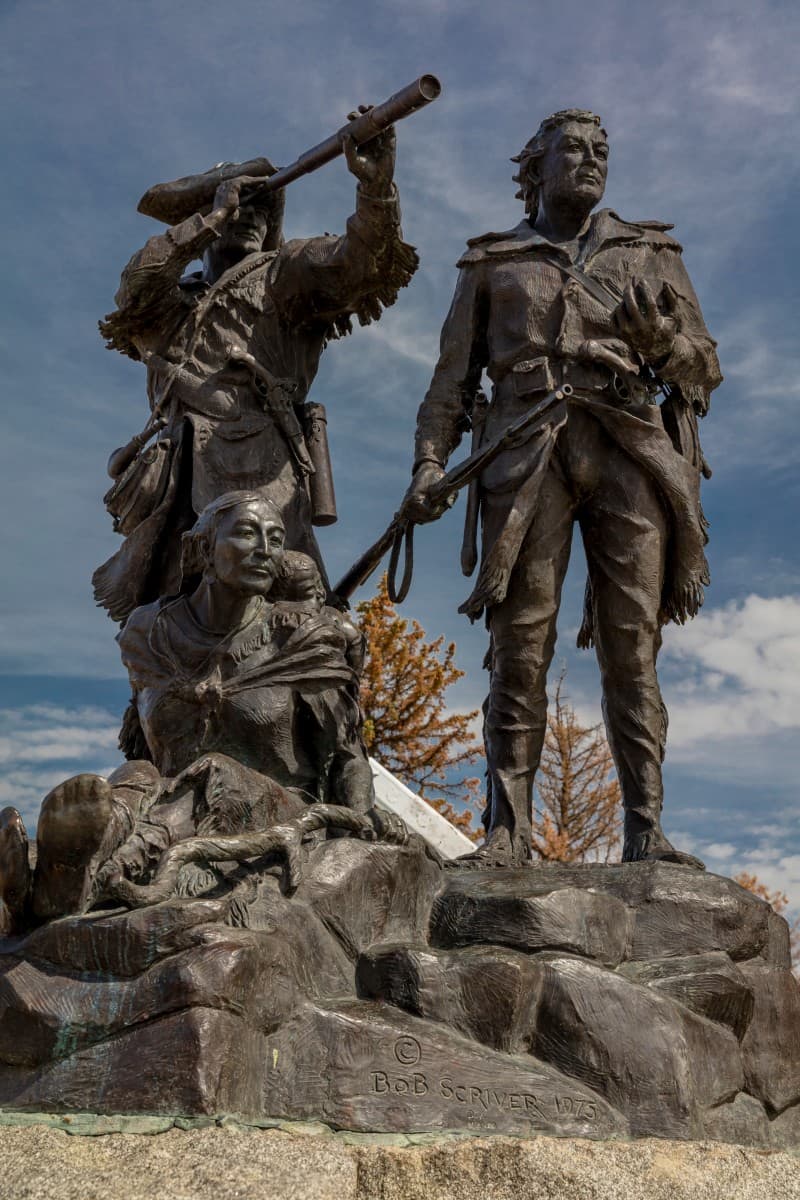 Fort Benton was founded in 1847 and named after American Army Major General William Lewis (“Bent”) on. This small town is located at the confluence of the Missouri River and the Sun River. It served as a trading post for Native Americans before European settlers arrived. For many years, it served as a vital link to Canada.

In 1884, at the start of construction of the Northern Pacific Railway, Benton was chosen as its headquarters over Helena, Montana, which had more people and better infrastructure.

The railroad brought lots of new people to town which increased trade opportunities for Benton’s merchants. The railroad also created jobs for many people in Benton who had never worked outside their home before.

For a single admission fee, you will receive two 2 days of entrance into three of the four local museums.  Fort Benton, the local museum next to it, and an agricultural museum & reconstructed “town” three blocks away.

Considered the “birthplace of Montana”, you’ll be able to view partial original structures as well as well-curated and kept displays. You’ll get 200 years of Western and frontier history in one afternoon.

The Missouri Breaks Interpretive Center (MBIC) is a living history museum that interprets the unique culture and heritage of the Northern Great Plains region. The buildings, exhibits, and programs are designed to present an accurate portrayal of life in this area during the early pioneer settlement period.

The grounds at MBIC include a replica of a typical sod house, two-story barn, blacksmith shop, root cellar, dugout home with dirt floor, and hand-hewed logs for walls.

The interpretive center offers demonstrations on traditional farm skills practiced in 1911. Demonstrations include churning butter by hand using wooden churn paddles. The view of the Missouri River alone is a reason to stop at the MBIC.