Fort Benton is a historic Montana town in the north-central regions of the state that serves as the county seat of Chouteau County.

It was established in 1846 by army Major Alexander Culbertson, functioning initially as an outpost for the American Fur Trading Company along the Missouri River.

After the passing of Lewis and Clark through the area in 1805, Fort Benton would have been largely inhabited and explored by the Blackfeet Indians until around the 1830s when fur trappers began to establish settlements in this region.

By the time of 1850 Fort Benton had become something of an established boomtown, as more and more prospectors and cattlemen came into town or used it as a stop-off point for gathering supplies.

The import and attraction of the complex—which was not strictly a fort by any means, and more of a trading hub—started to fade once the building of the railroads hit the area, which is at the southern boundary of the Hi-Line region.

Fort Benton did play an important role as head of navigation on the Missouri River though, which led to the opening of the northwest as well as western Canada.

These days Fort Benton is driven economically by agriculture and ranching, as well as increasing degrees of tourism.

The remains of the old fort are preserved as a national historic landmark in the museum complex along the riverfront, and Fort Benton has a great downtown that is both scenic and overflowing with history.

Unlike many other Montana prairie towns, Fort Benton has also become known increasingly for its recreational opportunities. A huge area on the east of town is known as the Missouri Breaks where the Missouri River flows through a completely wild country.

With the combination of a wider awareness of the recreation in this region and a recently-renewed interest in Lewis & Clark, Fort Benton is managing to get bigger slices of Montana’s tourist trade. It seems to function quite well as a favorite major “jumping off point” for anyone looking to fish in and around the Missouri River through the Missouri Breaks area, and the town is about a 40-minute drive from Great Falls. 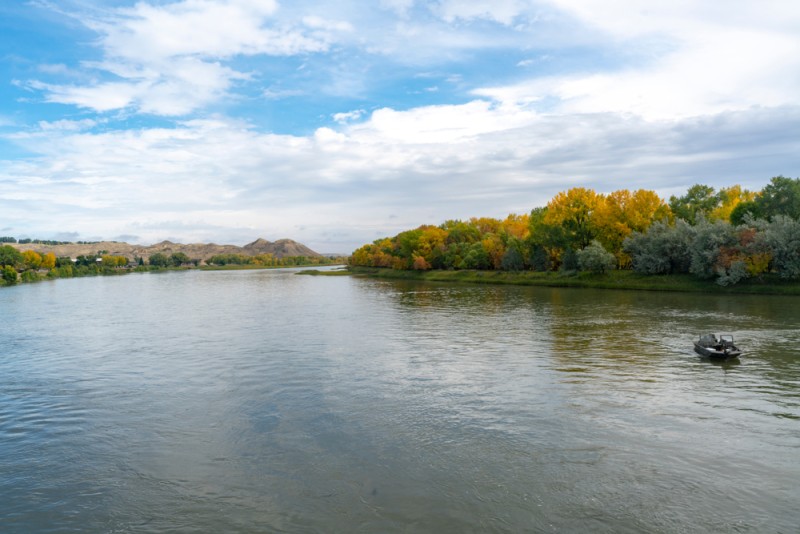 Local amenities include Signal Point Golf Course if you are up for a few rounds, a 9-hole course that overlooks Fort Benton. Or if you fancy a swim there is an outdoor swimming pool nearby, along with the museums and a park system.

This is the place to come if you’d like to dig into 200 years’ history from Western and Frontier times.

The complex comprises the old Fort Benton site as well as other historic scenarios such as the Upper Missouri Museum, the Northern Great Plains Museum, and various other centers, including interpretive, as well as libraries and galleries.

A reasonably extensive collection of manuscripts and archives relating to the history of Fort Benton and the settlement of the northern Great Plains is kept in Fort Benton’s Schwinden Library and Archives.

The complex operates between Memorial Weekend and September 30 between 10.30 am and 4.30 pm under normal conditions. 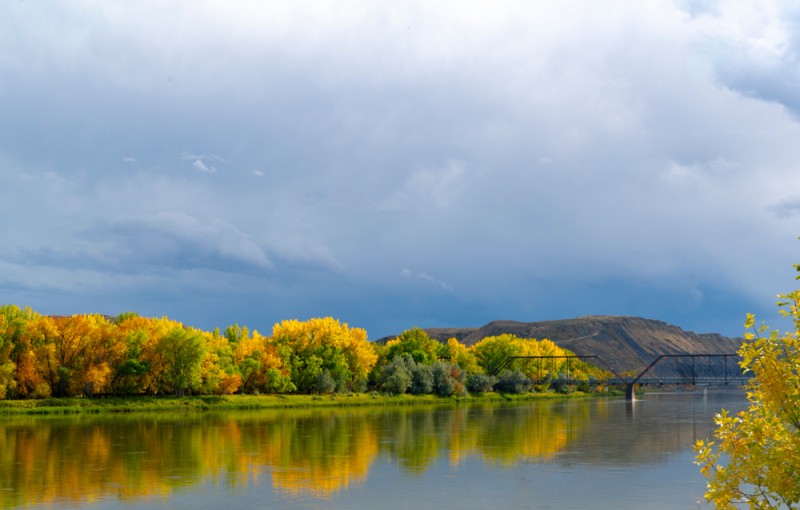 The Upper Missouri National Wild & Scenic River is as good a spot as any to start looking for some of the best recreations in this region.

This is an area that caters to all types and levels of boater, whether an expert motor boater or a novice paddler.

May through September is the best time to indulge, then after that fishing becomes a little more prevalent. You get 149 miles of the river here with a few public boat launches along the way.

The Fort Benton River Management Station, co-located with the Upper Missouri Breaks Interpretive Center on the north bank of the river in Fort Benton is a good place to start your adventure.

Neat Coulee on the Upper Missouri River Breaks is a slot canyon only accessible by boat. The Coal Banks pull-in is closest, and one popular hike here is the 9-mile route from the Eagle Creek Campground.

Alternatively, the moderate, 2-mile Neat Coulee Canyon Trail is an awesome route with white sand and a spot of scrambling and climbing here and there. There is also another easy, 1-mile trail to hand along the Missouri Breaks Interpretive Trail.

Grand Union Hotel Riverside Trail is another easy option if you fancy a steady wander along this 1-mile out-and-back route. If you are looking for something a bit more on the challenging side you’ll probably find yourself heading more towards the vicinity of Great Falls from here.

Shonkin Lake is just 12 miles from Fort Benton and is a decent spot for either bait casting or fly fishing, being just 30 minutes northeast of Great Falls, Fort Benton has some decent river fishing opportunities of its own which include access to species such as northern pike, catfish, walleye, smallmouth bass, and trout among others.

Benton RV and Campground is five blocks from the downtown area and has full hook-ups and full amenities including restrooms and showers.

Canoe Launch Campground is also where the county fair is held, and it operates between Memorial Weekend and November with full amenities like restrooms and showers. No reservations are required, just the luck of the draw in terms of availability.

Activities and other Points of Interest near Fort Benton

Montana is a proudly historic state with much to exhibit by way of national heritage. You’ll…

Taking place along the banks of the Mighty Missouri River in north-central Montana’s Chouteau County, Bentonfest…

The Montana Gold Rush has a lasting legacy in the Treasure State. Many of the towns…

Is Montana the most beautiful state in America? With two of the country’s greatest national parks,…

Are you someone who is intrigued by the supernatural? Do you feel the chills of a…

With the solstice toward the end of the month, June marks the beginning of the high…