Bordering Canada to the north through both Alberta and Saskatchewan, Hill County is home to several natural areas of untouched land. They include Beaver Creek County Park, Bear Paw Ski Bowl, located on the Rocky Boy’s Indian Reservation, and the Fresno Reservoir, created from a dam built on the Milk River.

The Rocky Boy Indian Reservation is held by the Chippewa-Cree Tribe and was first established in 1916 (Governor’s Office of Indian Affairs). The United States Army was garrisoned in Fort Assiniboine in 1879, and a portion of the original fort is still standing.

The county seat is Havre, which historically served as a major railroad service center. In modern times, rail service is still a major pillar of the local economy in Havre. The county was named after James Hill, president of the Great Northern Railway Company who first introduced the Transcontinental Railroad to the county, which connected the state to the Pacific Coast (Britannica). 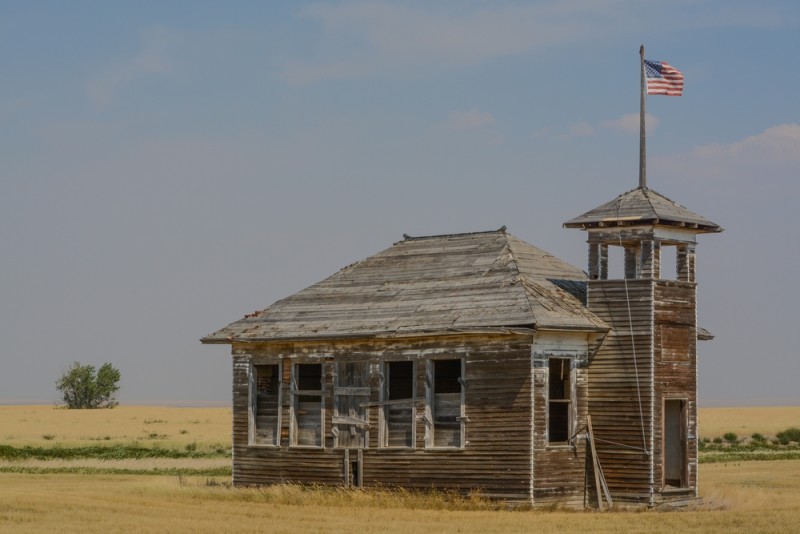 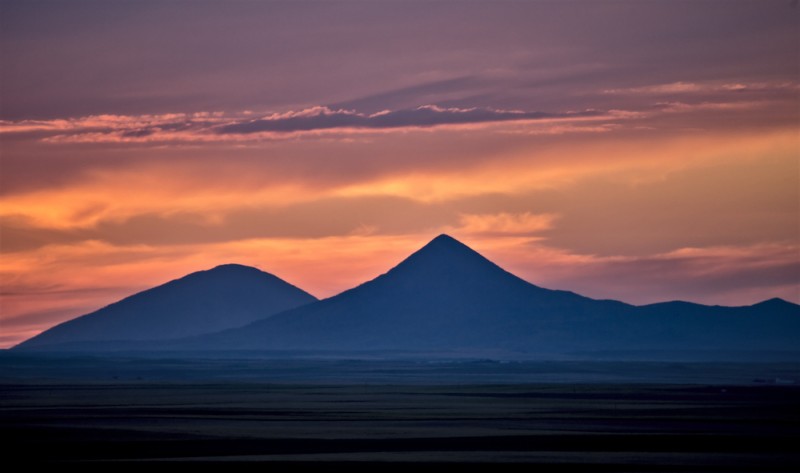 Constructed in 1879, Fort Assinniboine Historic Site was once the largest and most active military fort in the country (Visit Montana). Originally, the fort stretched across 700,000 acres to the Missouri River. The main purpose of the garrison was to prevent attacks by the Lakota Sioux tribe led by Sitting Bull.

The fort makes up part of the Old Forts Trail, an international heritage tourism trail that includes seven historic forts in Montana, Alberta, and Saskatchewan. Guided tours are available from at the fort seven days a week, beginning at 9 a.m. Monday through Friday and noon on weekends. For more information, visit the official site.

The H. Earl Clack Museum is well-known for its collection of dinosaur eggs and embryos, as well as multiple dioramas that educate about the geographical and archeological history of Montana. Discovered in the local area, some of the pieces in the exhibition are 75 million years old (Central Montana). The museum also hosts a particularly rare artifact: the skull of the stygimoloch dinosaur.

The museum is open Memorial Day to Labor Day between 11 a.m. and 4:30 p.m. Wednesday through Sunday. Admission is also free! For more information, visit the official site.

Also known as the Too Close for Comfort Site, Wahkpa Chu’gn is a prehistoric buffalo jump—a method of communal hunting among native people—that dates back more than 2,000 years (Historic Montana). The original inhabitants of the area would drive the buffalo over the slope where they would meet more hunters at the bottom.

The site offers one-hour guided tours daily from June 1 through Labor Day, 9 a.m. through 4 p.m. Visitors are shown the various artifacts that were discovered within the site and are taught how to throw the traditional weapon known as the atlatl, which was used in the area. For ticket prices and more information, visit the Havre Chamber of Commerce official website.

Havre Beneath the Streets

After a fire struck and destroyed Havre in the early 20th century, local business owners were forced to carry on operations underground until the town was refurbished (Visit Montana). The Havre Beneath the Streets Tour showcases the various subterranean establishments that were open and how they operated following the fire.

On the tour, visitors will see an opium den, an ethnic restaurant, a bordello, a Chinese laundry, and the Sporting Eagle Saloon. Tours available daily in the summer months, as well as on select days in winter. For more information, visit the Havre Chamber of Commerce official website.