Bordering Canada in the far north of the state, Blaine County, Montana is a community dominated by farming and ranching. Raising sheep and cattle was extremely popular with early homesteaders in the 1900s, as well as cultivating barley and wheat.

For being such a small, sparsely populated region, Chinook is nonetheless home to a few of the finest museums in the state. The Wildlife Museum in particular is well worth going out of your way for, truly a world-class facility. 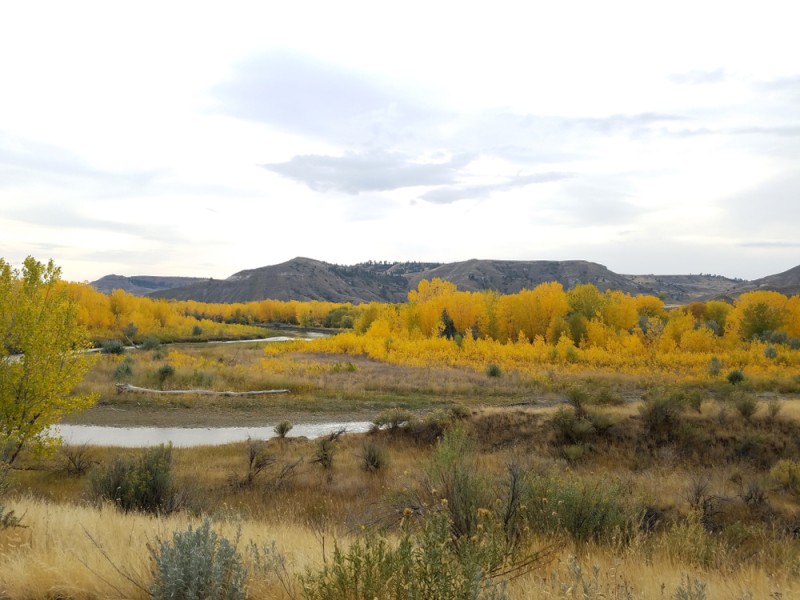 Events in Blaine County honor their storied past while introducing contemporary elements.

This week-long affair at the Fort Belknap Bingo Hall has several elements, all culminating in a community pow-wow. The events vary from day to day, but you can find film screenings, workshops, contests, and pageants. Mid-week, there’s a well-attended grand banquet in the evening.

Like most Montana county fairs, Blaine’s features a livestock show and a carnival. But theirs also has a demolition derby, live music, and the PRCA Rodeo.

An annual pow-wow lead by the Gros Ventre and Assiniboine tribes, Milk River Indian Days combines the indigenous traditions of singing, dancing, and drumming into an event that’s open to everyone.

Spanning an entire weekend, the annual Hays Pow-Wow at Fort Belknap draws spectators from around the region to watch drumming and dancing competitions held by local tribes.

Honoring the region’s agricultural past, the Sugar Beet Festival combines vendors, kid’s activities, and a parade that all culminates in a barbeque and brewfest. This all-day affair draws attendees from around the region, especially to see the annual sugar beet decorating competition. 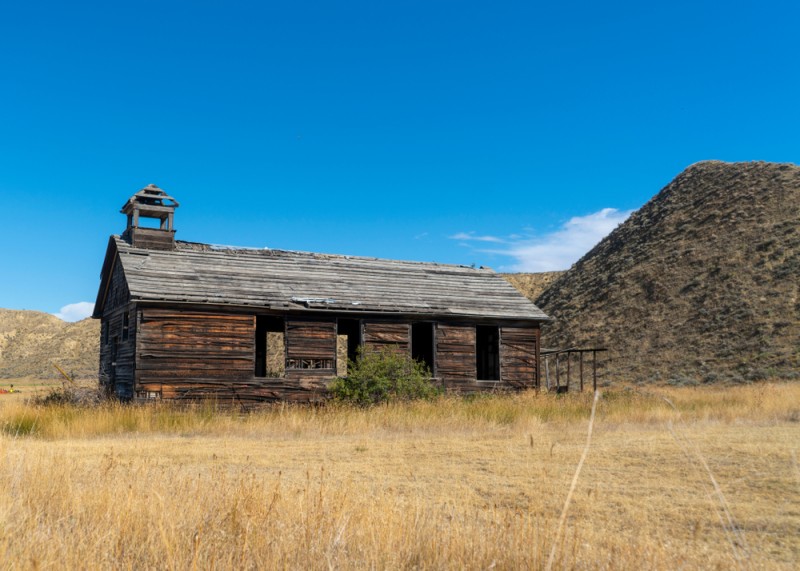 With a history that goes back to the dinosaurs, Blaine County residents are fond of preserving the past in their modern exploits.

Encompassing 149 miles of the Upper Missouri River and the adjacent country, the Upper Missouri River Breaks National Monument is overseen by the Bureau of Land Management as a free recreation area. The only fees involved are to use a watercraft, or to stay at Coal Banks Landing, Judith Landing, or the James Kipp Recreation Area campgrounds. The region has remained largely unchanged in over 200 years, thanks to its protected status.

Though all that you see now is a slight wood shack with a simple, gable roof, this little cabin was once the home of Anna Scherlie who acquired the land under the Homesteading Act. It is incredibly well preserved and sits on the property with an outhouse and a small shed she once used as a library. She built the cabin in 1913, and died in 1973 having survived two world wars and only nominally updating her home.

Preserving items that tell the story of the region’s history, the Broadwater County Museum‘s exhibits contain documents and a mix of industrial and everyday items.

Home to several detailed displays featuring taxidermied specimens of local fauna, the Wildlife Museum is housed in a former theater. It’s run as a non-profit organization with most of its funding drawn from a single annual banquet and auction. They also have a small gift shop where you can purchase work from local artists.

The site of the Nez Perce’s surrender to US Army forces in 1877, the Bear Paw Battlefield is today a recreational area. Here you’ll find interpretive displays and markers on a mile-long groomed trail through the battlefield, as well as a picnic area and restrooms. In the summer, you can schedule a guided tour with a ranger.

With both exhibits and archives, the Blaine County Museum preserves the historical record of the region. On display are fossiled remains of dinosaurs, artifacts from the indigenous populations that once inhabited these lands, and remnants of the first homesteaders dating to the early 1900s. If you’re interested in also exploring the Nez Perce Trail or the Montana Dinosaur Trail, this is a good first stop to collect all the necessary backstory.

One of only three still operating ferries on the Missouri in Montana, the Stafford-McClelland Ferry may be small, but can also carry cars.