Established in 1895, Bitterroot is the official Montana State Flower. The state was one of many to adopt a state flower after the Women’s Congress of the Chicago World’s Fair had first proposed the idea two years prior, in 1893.

Montana chose the Bitterroot to represent their state thanks to its historical significance to the people of the region and the flower’s widespread abundance within the state and surrounding areas.

History of the Montana State Flower

Scientifically known as Lewisia Rediviva, Bitterroot was awarded its name in recognition of Captain Merriweather Lewis, one of the headmen of the famous Lewis and Clark expedition which had initially brought the flower to western science in 1806.

In fact, Bitterroot was considered a precious flower, treasured by the indigenous communities of Montana long before Western settlers even set foot in the area.

The Flathead Indian tribes that once roamed the aptly named Bitterroot Valley valued the precious flower as a source of food and trade in the area. Raw, the flower was too bitter to eat.

Instead, the Flathead Indians would boil Bitterroot and serve it with berries and meat, or they would cook it and form it into patties for extended hunting trips or trade routes.

How to Recognize Bitterroot 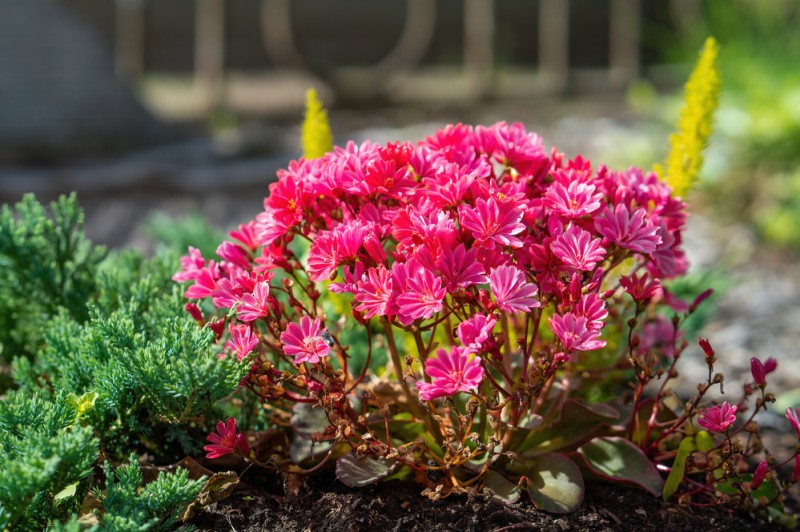 Bitterroot blooms throughout the Spring and Summer and is distinguishable by its rubbery textured foliage and vibrant pink blossoms. The flower has a short leafless stem that grows close to the ground.

The plant features a single flower with 5-6 linear bracts and 6-9 oval-shaped sepals at the end of each stem. Reaching out from the face of the flower are 12-18 petals.

These petals range in color and are commonly found in white to deep pink and rose shades.

Where to Find Bitterroot in Montana

The Montana State Flower is very abundant across the Western United States and typically grows in the well-drained gravelly soils of dry shrublands.

The flower is found in elevations from 2,500 feet to over 10,000 feet. It is often dominated by sagebrush or other woodlands or forests.

In Montana, there are three locations where the flower is so abundant that they are actually named after the plant.