This river is one of the state’s most important tributaries for fishing, providing a habitat for the threatened bull trout. On either side of the river are beautiful mountains and a wilderness area home to many wild animals.

History of the Bull River

The river and the surrounding area are the native lands of the Kootenai Indians. Indians used the Cabinet Mountains as their seasonal hunting grounds for mountain goats, elk, and mules. They also collected plants in the bush, which served as food and medicine.

The Bull River was mapped by David Thompson in 1809. The French-Canadian fur trappers used the Lake Pend d’Oreille, Clark Fork River, and their tributaries as their trapping grounds.

They traveled up the Bull River to trap it upstream in the mountains near Bull Lake. This lake was formed by glaciation that began about 200,000 years ago.

The early French-Canadian fur trappers worked and camped on the floor of the Bull River Valley. The Cabinet Mountains got its name from these early trappers as they thought the mountains resembled a cabinet when viewed from the bottom of the valley.

In the 1870s, gold seekers washed gravel from the steam. Permanent settlers arrived in the region after the Great Northern Railroad in 1893.

The Bull River is located in Northwestern Montana. Its headwaters are in the Cabinet Mountains and enter the valley just to the southeast of Bull Lake.

The river then meanders down to the Clark Fork River at the Cabinet Gorge Reservoir, west of the Montana border. The Bull River is about 25 miles long from its source.

At its source, the river is situated in a valley between the West and East Cabinet Mountains. The peaks of the mountains ascend close to 9,000 feet.

The Bull River harbors the state’s most productive forests. Since it’s located in Montana’s wet region, it receives about 50-100 inches of annual rainfall. The rain forest produces lush vegetation and tall timber, including Montana’s “north woods.”

Human presence in this region is sparse, but there’s an abundance of wildlife such as wolves, moose, deer, elk, bighorn, caribou, and grizzlies.

From Montana Highway 200, you can use Highway 56, which stretches for 35 miles towards the Cabinet Gorge, near the Clark River.

Highway 56 used to be an Indian trail and provides travelers with scenic views of the mountains, forests, and valleys.

Near the Clark Fork River, the last four miles of the Bull River run down through a canyon. This four-mile stretch provides floaters and anglers with an ideal site for recreation during the summer.

The Bull River welcomes visitors in different seasons of the year for various recreations. Thanks to its slow-flowing water at the source, the nearby Bull Lake, the Cabinet Gorge Reservoir, valleys, and mountains, visitors can enjoy access to many attractions and activities.

The road trip is about 35 miles long, along highway 56. It takes you into the Cabinet Mountains Wilderness Area, where you can enjoy views of the valley and the high peaks of the mountains.

The route then takes you past the Bull Lake, forested slopes, streams, and alpine meadows near the Bull River. Along the course, you may encounter white-tailed deer, grizzly bears, black bears, wolves, bighorn, elk, and mountain lions.

At the end of Highway 56, you may turn east to Thompson Falls or turn west to Idaho. 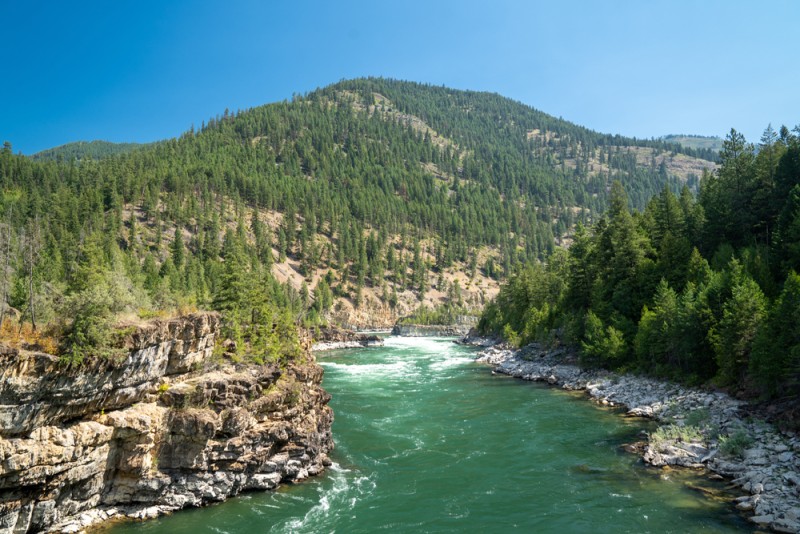 Kootenai National Forest is situated in the far end of northwestern Montana, bordered to the west by Idaho and north by British Columbia.

Kootenai Forest is accessible from Kalispell via Highway 93, Highway 2, and Highway 37. The best attractions in this forest include Lake Koocanusa, Rose Creek Scenic Area, and the Ten Lake Scenic Area.

Rose Creek Scenic Area has some of the state’s tallest trees, while the Ten Lakes Scenic Area is a popular attraction, dotted with alpine lakes. 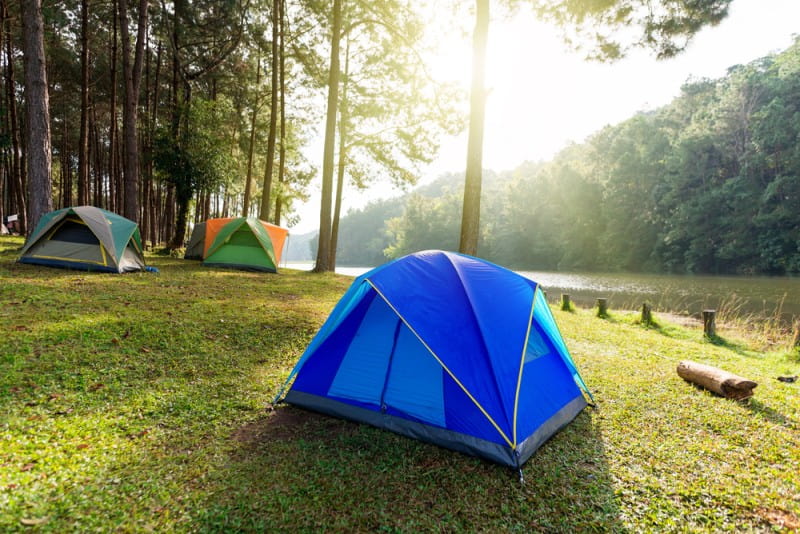 Bull River Campground is in the Kootenai National Forest, 11 miles from the Montana and Idaho border. The campground is situated in a natural wooded area near the confluence of the Bull River and the Clark Fork River.

Camping sites in this area have restrooms, shower facilities, drinking water, groceries, and food services. Hiking is possible in the nearby Cabinet Mountains Wilderness Areas.

Bull River is home to the endangered bull trout, among other species such as rainbows and cutthroats. It’s easier to reel in trout during summer, especially on the upper side of the river, just south of Bull Lake.

Other fishing access sites include Bull Lake and the Cabinet Gorge Reservoir. If you’re exploring the Kootenai National Forest, you can enjoy fishing in various lakes and rivers.

The forest is accessible throughout the year, allowing anglers to enjoy ice fishing during the winter.

Camping is possible in the Bull River Campground and Kootenai National Forest.

The Bull River Campground has 26 camping sites, including two pull-through areas. Visitors can bring pets, but they must be on leashes. The recommended trailers to the campground should have a maximum of 32 feet.

You can find other campgrounds, cabins, and RV amenities near and in Kootenai National Forest. Ideal places to camp include the Bull Lake, Oasis Camp Site, The Sun Room, Lake View Roost, and Wooded Lakefront Airstream.

When camping at the Bull River Campground, you can hike towards the Cabinet Mountains Wilderness Area. The wilderness area has good access to trails, which are ideal for adventure.

You can also encounter mountain lions and wolves when exploring the Kootenai National Forest. Eagles, waterfowl, dippers, kingfishers, ospreys, and great blue herons are abundant in this forest.