The Northern Cheyenne Reservation is a federally-recognized reservation located in an area of south-eastern Montana touching on the Big Horn and Rosebud Counties.

Lame Deer (named for an Indian Chief) is the census-designated place (CDP) in Rosebud County where the tribal headquarters and government agency is located, set between Broadus and Hardin along Deer Creek.

The reservation covers around 445,000 acres and is home to around half of the nation’s 12,000 tribal members.

The Tongue River runs along the eastern border of the reservation, while on the opposite side sits the Crow Agency Reservation—a point of contention for some time as these two nations were former enemies.

The reservation supports itself economically through farming, ranching, and various other small businesses like textiles and such, both the federal and tribal governments provide the main avenues of employment. 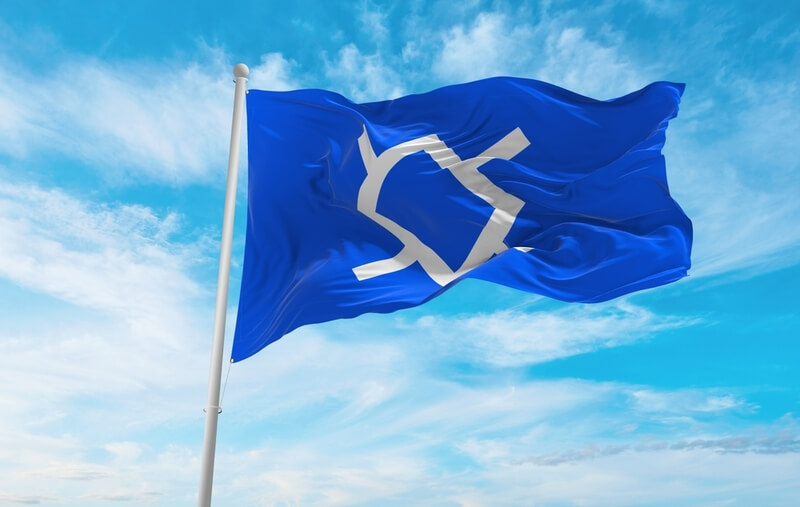 History of the Northern Cheyenne Reservation

The Northern Cheyenne once formed part of the Cheyenne Tribe that lived predominantly in the area of modern-day Minnesota until they migrated to the region of Dakota.

These were nomadic, hard-working, people who respected the land and nature. However, around the time of 1825 there was a division of the main tribe into Northern and Southern sections, which saw the Northern Cheyenne head into the Plains region of modern-day Wyoming and the Southern section in Oklahoma.

Following on from the so-called ‘Indian Wars’ in Montana, the government attempted to force the Northern Cheyenne to merge and settle in the same area as their traditional enemies the Crow.

This caused decades of battles with hundreds of Indians being killed by U.S. forces, which caused them to join forces with various other tribes. This period included the famous Battle of Little Bighorn.

After the battles, the Northern Cheyenne faced further hardship when they were sent to Oklahoma in an attempt by the government to settle them with their southern relatives.

This did not suit them at all for a variety of reasons including the climate, and they started to fall ill with large numbers of tribe members dying. They faced much difficulty and hardship as there was little food or medical care and lots of illness.

In a somewhat desperate move now remembered as the Cheyenne Exodus, a band of them left and headed back up north to their traditional lands. Many were captured and taken to Nebraska where they were kept captive in awful conditions, with those attempting to escape being captured or killed.

Eventually, the U.S. government did heed the plight of the Northern Cheyenne to some degree and gave them their own reservation by way of an Executive Order in November of 1884.

Despite the considerable challenges the Northern Cheyenne Tribe faced, today they stand proud of their heritage and culture, keeping alive many of the past traditions that became part of their identity.

Points of Interest on the Reservation

One of the reasons that Lame Deer holds importance is that it was the destination of the Northern Cheyenne who endured the unthinkably long haul from captivity in Oklahoma.

They were led by Chief Dull Knife, whose name is remembered by the public tribal community college in Lame Deer named after him.

Continuing the theme of reverence for former tribal chiefs, in Busby there stands a memorial monument to Chief Two Moons.

The monument was constructed in remembrance of war Chief Two Moons due to his involvement in the Battle of Little Bighorn. It dates back to 1936 and apparently contains the remains of the Cheyenne Chief who led his men into battle against Custer.

The Franciscan order was responsible for the establishment of this school back in 1884. Today it contains a visitor center and museum featuring Cheyenne art and culture.

Visitors may notice that its shape is akin to that of a tepee, and it was originally designed and constructed specifically to support the Native Americans through their challenging plight.

What you actually see today on the site is a replica of the original building. It is home to many important Indian artifacts.

The Jessie Mullin Picture Museum in Lame Deer is another great place to check out some of the area’s history by way of thousands of pictures and other historical artifacts and information.

This stems from the fact that James and Jessie Mullin arrived in Montana in 1948 and purchased the old trading posts on the reservation in Busby and Lame Deer.

Jessie was apparently big on photography and some of his old personal photographs related to the area started cropping up in the reconditioned shops, prompting other locals to start bringing their own photos, documents, maps, and various other memorabilia related to the region’s Native Americans.

Recreation on or around the Reservation

South of Lame Deer is the 12-mile-long Tongue River Reservoir, located in a scenic region with open prairie land and juniper canyons.

The reservoir region is a designated state park with its own campground of the same name as well as the Rattlesnake Campground. This is a popular recreation area for fishing, water activities, and all kinds of other outdoor exploration and adventure.

Tongue River Breaks Hiding and Riding Area in Rosebud County is another great natural outdoor recreation area within reach of the reservation.

You could easily spend a day hiking here among the forested valley and river sandstone formations areas, without the mass tourism you might encounter in some of the state’s more famous national and state parks.

The Cheyenne culture is traditionally somewhat complex, yet deeply spiritual. The Tsitsistas language is still spoken among the people who have, for the most part, retained many of their traditional beliefs and approaches to living.

Many of Lame Deer’s events center around the cultural depth of the Northern Cheyenne Tribe, and many of the unique events and celebrations held, usually throughout the summer months, give some great insights into this culture for both tribal and non-tribal members.

Some of the main events held on the reservation include:

Certainly, the July event in Lame Deer is the primary one for the reservation and it involves fantastic colorful displays of dancing, drumming, story-telling, singing, cooking, and all kinds of other activities and events related to native culture.

Like the majority of Indian Reservations in Montana, the Northern Cheyenne Reservation serves as a remarkable beacon of survival, adaptation, culture, and history.

It provides not only land and self-sufficiency for the residents but also helps to cement any sense of identity that modern-day tribal members may find integral to their place in the modern world.

Aside from that, it is a major point of interest for any non-tribal member even remotely interested in the culture and history of the tribe and how it is so closely interconnected with the region of Montana.