Montana’s Big Horn County is located in the state’s southeastern regions and has a population of around 13,000. It was established in 1913 from parts of Yellowstone and Rosebud and is the sixth-largest county in Montana covering more than 5,000 square miles.

The majority of the population is comprised of Native Indians, and both the Crow Indian Reservation and the Northern Cheyenne Indian Reservation are situated in the county. The city of Hardin is the largest populated area and the county seat, followed by the much smaller town of Lodge Grass. There are also several other unincorporated communities in the region, namely Corinth, Decker, Kirby, Garryowen, and Quietus.

The landscape of Big Horn County features three different mountain ranges by way of the Big Horn, Pryor, and Wolf Mountain ranges. The main river systems running through the county are the Little BigHorn, and the Tongue River, which are both popular for fishing, as is the huge BigHorn Canyon Recreation Area and lake which is 40 miles south of Hardin and also stretches into neighboring Wyoming.

Big Horn County is probably most well-known for being the location of the Little Bighorn Battlefield. One of the county’s main annual events is the re-enactments of the historic battle, along with other Native Indian-related festivals such as the Crow Fair. 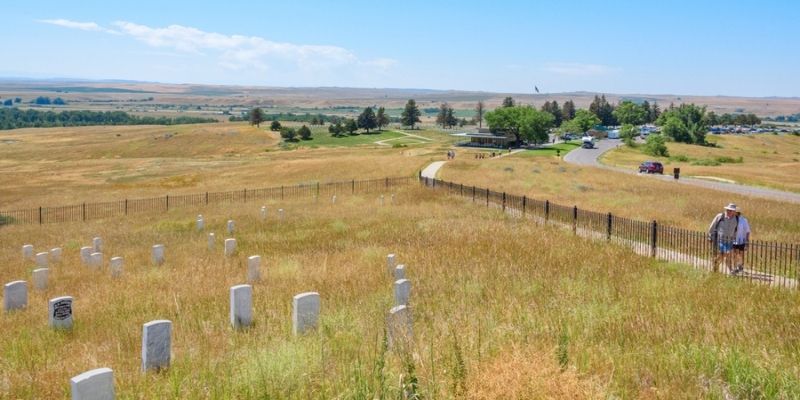 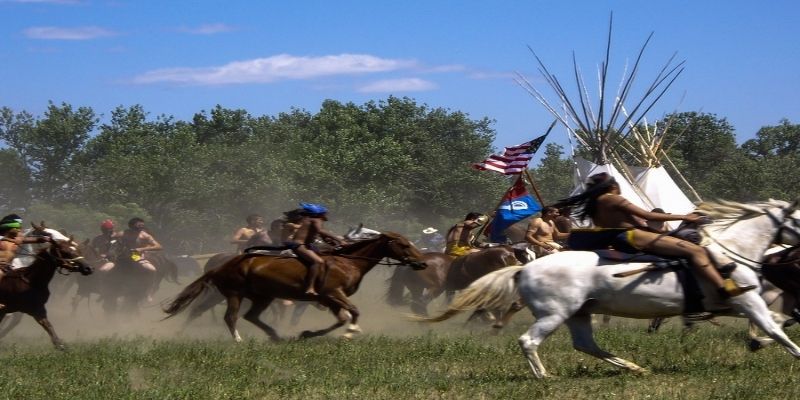 The Little Bighorn Battlefield National Monument commemorates the historic site of the Battle of the Little Bighorn of 1876. This historic event saw Custer lead his Seventh Cavalry Regiment into a conflict with the Sioux and Cheyenne tribes which ended in defeat. The monument was first known as the Custer Battlefield National Monument but was renamed in 1991.

The site has a visitor center and museum which is home to various artifacts and exhibits related to the battle which proved to be the end of Lieutenant Colonel G.A. Custer.

You can see various items of weaponry and archaeology related to the site as well as get more insight into the lives of the Plains Indians. The facility also conducts various walking tours aided by interpretive markers, and the Custer National Cemetery is across from the museum.

Self-guided tours can be done with the help of a 4.5-mile road that connects the two battlefield sites, and through the warmer months, there are various Ranger Programs and bus tours. 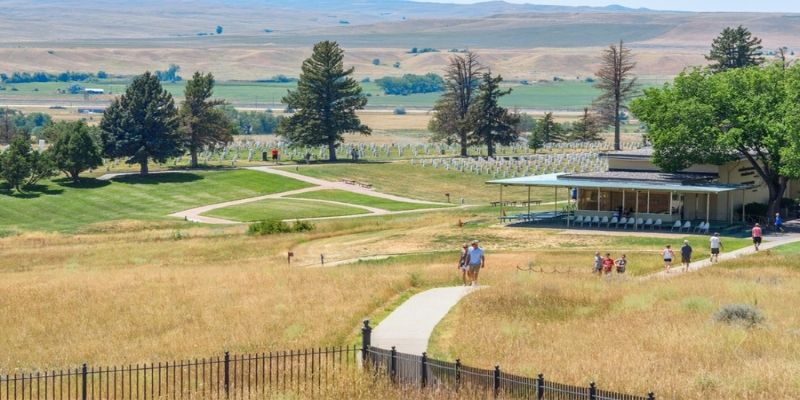 The Big Horn County Historical Museum qualifies as the largest of its kind in Montana. About one mile from Hardin, just off Interstate 90, the museum is a little over ten miles away from the actual site of the famous Battle of the Little Bighorn.

The initial idea for Big Horn County Historical Museum first took form in 1979 when local volunteers who carried out extensive restoration work on a farmhouse dating back to 1910 decided to turn it into a museum to preserve the culture and history of the area.

The historic first building now serves as just one of a total of 26 that the museum comprises, all located on 22 acres of land. The other buildings were deemed significant in historic terms and were actually relocated from other areas to join the single structure and extend the museum.

There were further additions in 1981 when more construction was added for the purpose of an information center with a gallery containing rotating exhibits.

An office, a gift shop, and some public restrooms were also included within the new space, and later still two barn-style buildings were added to the site to facilitate and exhibit the ever-expanding collection of relics and artifacts such as farm equipment, horse-drawn wagons, and antique vehicles.

It wasn’t until 2012 that the museum as it stands today took form though when a brand new, state-of-the-art main building was finally added. This large building now contains a gallery, a library, an educational room, the office, and the entire visitor center, and entertains interested visitors from all over the world.