A few of the smallest towns in Montana have less than 200 residents, which may bring to mind images of the region’s historic past and the Old West.

Some data related to the region indicates that there are actually close to 200 towns in Montana with less than 1,000 members in the population.

These communities and their surroundings are scenic and authentic, although many visitors and quite a few natives of Montana will probably never happen across them.

These small Montana towns are commonly more off the beaten track than some of the more well-known places, and they are usually surrounded by the wide-open expanse of the great outdoors that the state is so renowned for.

So let’s take a closer look at a few of the smallest towns in Montana, bearing in mind that these are ‘incorporated’ towns – which means there could easily be others that are not designated, with even smaller populations!

The Ten Smallest Towns in Montana 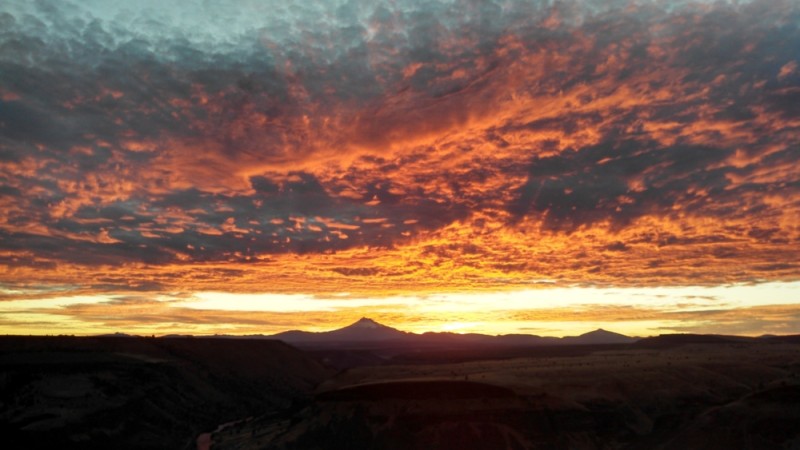 Trout Creek was initially a small mining town established towards the end of the 19th century in Montana’s Sanders County, not too far from the Cabinet Mountains Wilderness. Despite its name, Trout Creek is actually more well-known for being the huckleberry capital of Montana with its annual Huckleberry Festival.

The festival in this small Montana town brings in a fair few visitors from other regions in its celebration of the purple berry so loved in the region. Trout Creek also has a variety of opportunities for outdoor pursuits such as hiking, camping, and fishing — more than enough to keep a population of less than 200 occupied.

Winifred is indeed a small Montana town and is located in Fergus County. It is around 100 miles to the East of a slightly more well-known landmark of the state, the Great Falls. Some of the latest figures indicate a population of slightly less than 200, which is not that surprising as this place is pretty much in the middle of nowhere.

The town was established in 1913 and is mainly an agricultural community a few miles south of the Missouri River. The town is surrounded by some impressive scenery and wildlife regions typical of rural Montana.

Rollins is a fairly remote yet highly scenic Montana town, with a population of just over 200. Part of its appeal lies with the fact that the town is situated on the western side of the rather picturesque Flathead Lake, which means beach-type scenarios backed by the Rocky Mountains. Although Rollins is somewhat secluded, it is within reasonable distances of some of the main attractions in Flathead Valley.

The town actually has some of the highest property values in the state, which have steadily been on the increase for decades. In fact, the average value of a home in this small Montana town is reportedly more than double the state average, just to give you some idea.

Dixon is a western Montana mountain town situated along the lines of the Flathead River. Around 35 miles from Missoula, Dixon has a population of just over a couple of hundred and also happens to be on the Flathead Indian Reservation.

The town is surrounded by an expanse of prairie land, forest, and wetlands, and is home to quite a range of wildlife, most notably bison. Interestingly, Dixon is also apparently one of a few spots in rural Montana where women outnumber men, in case there are any single men out there looking for a suitable place to retire to!

Little Browning is located 90 miles to the northwest of Great Falls and is home to the Blackfeet Indian Reservation. This is not too far from the east side of Glacier National Park and is where the largest Native Indian tribe in the whole of Montana is situated. There is a museum dedicated to the Plains Indian in the region of the town, close to Highway 89, and a Blackfeet Heritage Center close to the vicinity.

And this town is small. The population again numbers just a few more than 200 and most are apparently young people, with the average age being 12 years lower than the state average in any town.

Fort Peck is a small Montana town with a population of around 240. The town was developed in accordance with engineers and planners from the state to aid with the building and ensuing operation of a huge dam. The purpose of the dam, which was completed in 1940, was to control flooding in the area as well as create jobs during something of a depression era.

Fort Peck Dam actually turned out to be the highest of all the main dams built along the Missouri River in 1933. The small town adjacent to the dam offers some scenic views of the huge body of water known as Fort Peck Lake, which in turn presents its fair share of water recreation opportunities.

The Montana town of Turtle Lake is just over an hour’s drive from Missoula and is located in the vicinity of Flathead Lake’s southern shore. With a population somewhere in the region of 250, the town is inside the Flathead Reservation, which obviously puts a high price tag on the cost of living.

In fact, just like the other towns located anywhere close to the region, the cost of living in such a scenic and desirable place – not to mention quiet – is quite a bit higher than in other parts of the state.

Emigrant is a small town with a population edging closer to 300. It is located in Park County along the Yellowstone River and near to the mountain close by — Emigrant Peak – from which it gets its name. The town actually sits in the Paradise Valley, a region of Montana between the Absaroka and Gallatin mountains.

The town is just north of Yellowstone National Park, thus its surrounding vicinity gets plenty of attention from outdoor types seeking somewhat more remote fishing, boating, and camping opportunities. The well-known Chico Hot Springs Resort is not too far from this spot, and this is another attraction point of the region along with the Yellowstone National Park itself.

Sunburst is located in Montana’s Toole County and is not too far south of the Canadian border just off Interstate 15. Many of the 300-plus population are ranchers and farmers, and this spot is actually the central point of farming in the Toole County region. This is not too surprising considering the wide-open expanse of the area which is all vast rolling plains and grand mountains. Sunburst is just an hour away from the Rocky Mountains, and the area provides ample opportunity for hunting and fishing.

Having said that, oil was actually discovered in the town in the 1920s which resulted in the construction of a refinery. At this point in the town’s development, there were close to 1000 residents, but numbers declined after that particular enterprise ran dry in the 70s.

Martin City is located in Flathead County in the vicinity of the Glacier National Park. The town is a little way off the beaten track, and it has its roots in the Hungry Horse Dam project when it was actually something of a boomtown. These days Martin City has a population heading towards the 400 mark.

The Martin City area is scenic and natural, to say the least, and comprises plenty of camping potential with maintained campsites. There are also numerous trails into the vast, surrounding wilderness areas, not forgetting that the town is also something of a gateway into the Hungry Horse Reservoir on the western side.