Montana is a truly unique state. With vast stretches of unspoiled land, thousands of farms, and national parks boasting wondrous natural landmarks, it’s among the most beautiful places in the country. The state boasts a thriving agricultural industry and low unemployment rates, while also offering endless opportunities for adventure and a rare chance for peace and quiet.

But life in Montana, with its unpredictable weather, booming property market, open-range laws, and throngs of tourists, isn’t for everyone. Big Sky Country is heaven for some, and quite the opposite for others.

Think you might like to live in Montana? These top pros and cons of living in Montana should help you decide!

Montana living is for the active, as the state offers up an abundance of activities from exploring Glacier National Park to bustling nightlife. Those who wonder what Montana is like should try to experience the picturesque views of Big Sky Country and the many communities that make up Montana. 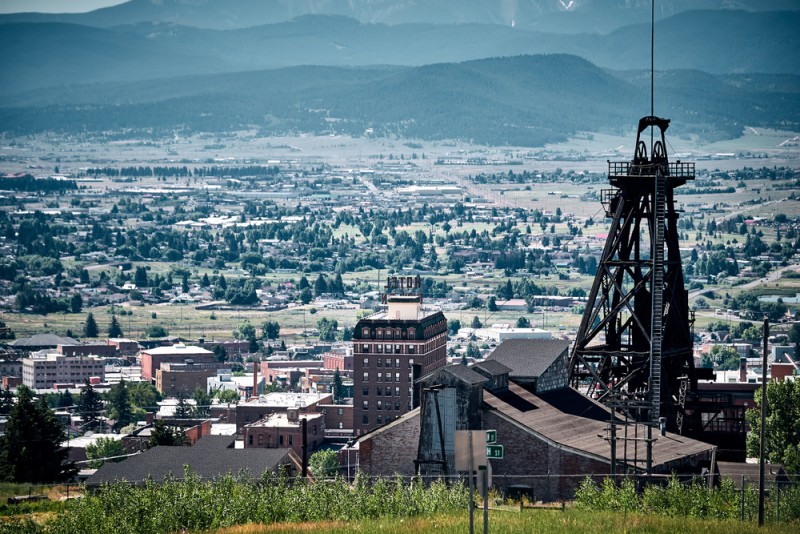 What Are the Pros of Living in Montana? 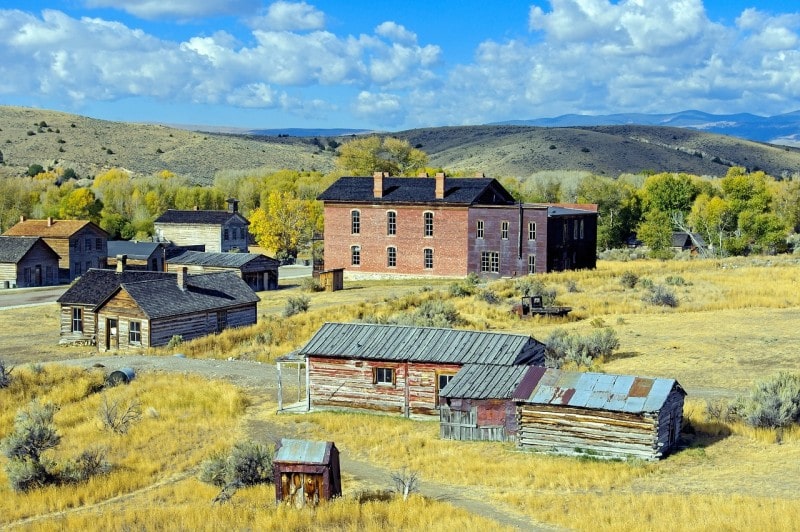 Montana is the ninth least populated state in the United States. This relatively small population comes with lots of upsides for Montana residents, one of the greatest being less traffic. With less busy roads, it can take less time for locals to travel on a daily basis than it would in other states.

Along with being the ninth least populated state, Montana is also the fourth largest state by area. The combination of these two factors means that there’s a sense of having much more space when living in Montana. Rather than the feeling of being cramped or living on top of your neighbors, Montana offers wider spaces and more untouched land.

Due to the small population, life in Montana tends to be quieter, slower, and more peaceful than living in states with bigger, busier cities. For those who crave peace and quiet, the Montana lifestyle is perfect.

According to Montana’s official state government website, the local unemployment rate has dropped lower than it has in 14 years, reaching 3.5 percent in August 2021. Comparatively, the average unemployment rate across the United States in September 2021, seasonally adjusted, was 4.7 percent.

There are several flourishing industries in Montana, including agriculture. In fact, 521,408 local Montana residents were employed in August of 2021, which resulted in the recovery of nearly all the jobs that were lost in the COVID-19 pandemic.

Natural Beauty and Abundance of Nature 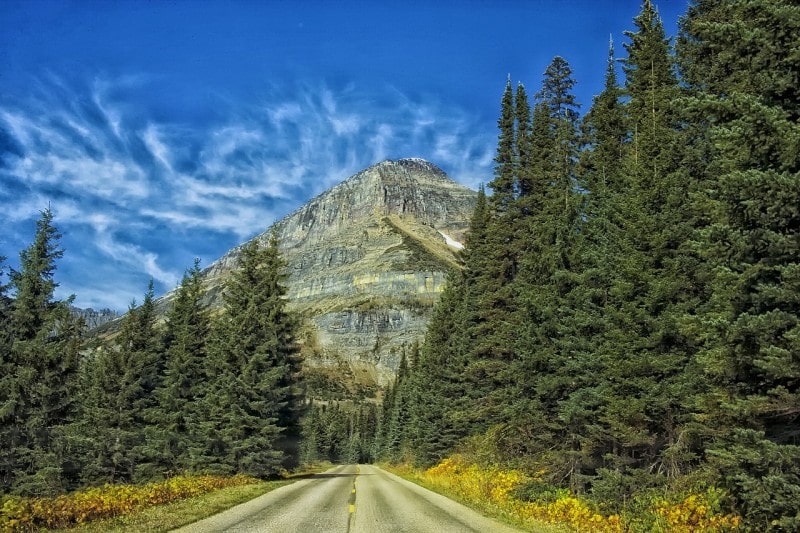 Montana is often referred to as the most beautiful state in the country. While beauty is in the eye of the beholder, there’s no denying that Big Sky Country is home to spans of untouched landmarked by mountains, prairies, valleys, and lakes. Those who live in Montana naturally have the most access to the natural beauty blooming all over the state.

Just some of the natural wonders present in the state include Glacier National Park, sections of Yellowstone National Park, and the Humbug Spires Wilderness Study Area.

The untouched land also offers residents more opportunities to spend time in nature, which can result in several health benefits. According to research conducted by the University of Exeter, spending time in a natural environment can boost a person’s physical and psychological wellbeing. The study found that those who spent just two hours per week in nature were much more likely to report good health than those who didn’t.

Life may run at a slower pace in Montana but that doesn’t mean the state is lacking in opportunities for adventure-seekers. Actually, the natural landscape lends itself to a range of action sports, including rock and ice climbing, mountain biking, backcountry skiing, and ski mountaineering.

In other states, these activities are confined to weekends away interstate or even to artificial conditions, like rock climbing centers. But with Montana living, adventure is there already, waiting for you whenever you seek it. 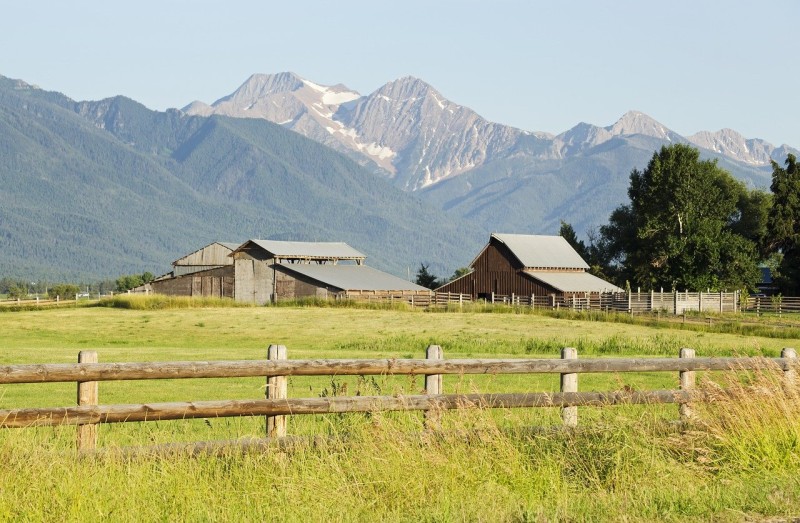 Montana is home to a thriving agriculture industry, which dominates the local economy (Britannica). This paves the way for a strong ranching culture and “cowboy” lifestyle. If your dream is to live on a farm or ranch, Montana is one of the best places in the United States to pursue your ambitions.

The state is also a national leader when it comes to the production of goods such as certified organic wheat, lentils, flax, dry peas, and honey (Farm Flavor). The production of sweet cherries, seed potatoes, sugar beets, beef, and hay also contributes to Montana’s flourishing agriculture sector.

Evidently, living in Montana gives residents access to some of the very best products in the state. With more than 28,000 farms, it’s also the ideal place to make a living off the land.

What Are the Cons of Living in Montana? 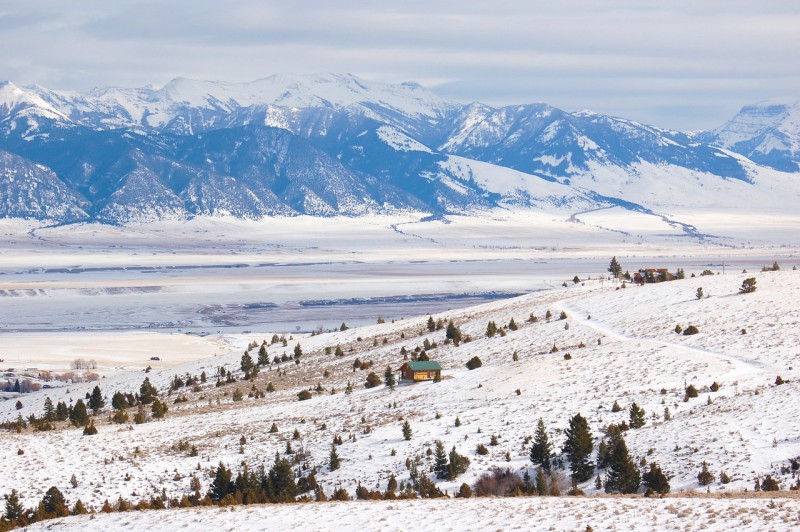 During the winter months, Montana can look like a white wonderland. Though it may present like something out of a picture book, the reality of life in the state is that the weather can be challenging to live with when the novelty gets old.

The weather can be unpredictable at times, with snow sometimes appearing in October and lingering in parts of the state until April. Winters in Montana are also known for blowing snow due to the heavy local winds, while summers are generally pleasant but can also bring thunderstorms (Big Sky Fishing). Since thunderstorms tend to be dry, they can produce wildfire.

In fall, the weather tends to change a lot, with bouts of Indian summer temperatures, rain, and then snow. Spring is considered the rainy season and can be very slow to warm up in some areas.

Thanks to the economic law of supply and demand, housing in Montana has become increasingly expensive in recent years (Discovering Montana). The local property market is booming due to increased demand and a decrease in the supply of houses. While it’s a good time to be selling a house in Montana, those looking to buy may pay significantly more than what the property is worth.

The housing market in Montana began inflating in the 1990s and increased in the 2000s. Although the Global Financial Crisis of 2008 put a halt to the rising prices, there has been a steady climb up following the end of the recession.

According to the Missoula Current, the strict local building regulations are resulting in the inability of local housing supply to keep up with the demand.

Being the ninth least populated state, Montana has fewer residents than most other places in the country. But with throngs of tourists arriving every year to witness the amazing local landmarks, it doesn’t always feel so sparsely populated.

The summer months between June and August see the most tourists arriving in Montana (Champion Traveler). But the ski season also attracts lots of tourists, with the most famous ski resorts receiving hundreds of thousands of visitors every season. Overall, Montana typically receives more than 12 million tourists per year (Big Sky Words).

During the busiest seasons, namely summer and winter, certain areas in Montana can feel crowded and overwhelmed by tourists. 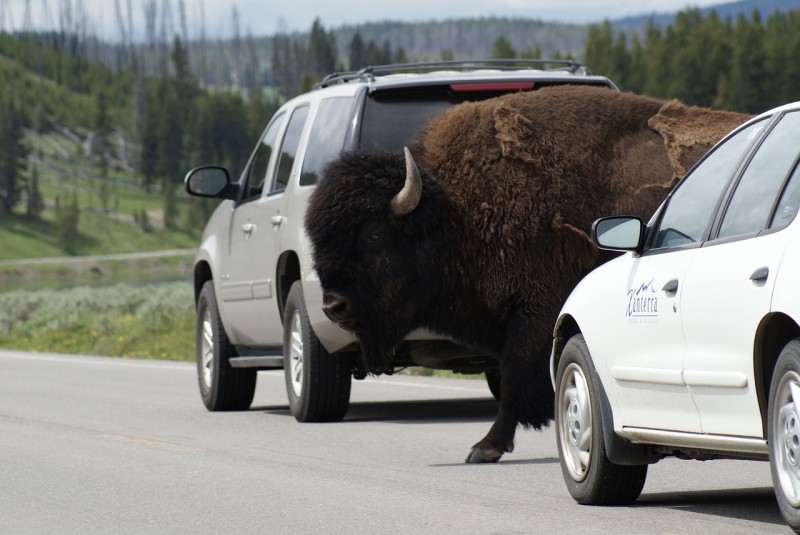 Montana is a favorite among animal enthusiasts since it boasts endless opportunities to witness wild animals in their natural habitat. Unfortunately, those awe-inspiring animal encounters can sometimes be dangerous. For locals, they can also be inconvenient.

An open-range state, Montana places the burden on property owners to protect their land from grazing animals, rather than the other way around.

As per the Great Falls Tribune, stray cattle have been known to cause feuds between residents, and overall, protecting land, children, and property from wildlife is a concern that all locals have to think about. Naturally, residents are more open to the risk of animal encounters when living in remote rural areas.

Montana is one of the most unique states in the country thanks to its abundance of natural beauty, unspoiled resources, and tranquil vibe.

While it may not be the best place to live if you seek mild weather and hate tourists and wildlife, it could make the perfect home for those who crave a peaceful life in a beautiful location.

Judging by these pros and cons, do you think you would be up for experiencing Montana living? Let us know in the comments!