Montana isn’t particularly famous for its wild parties and raucous nightlife, and Billings is no exception. This isn’t California – superclubs and 24/7 bars have no real place here. But the nightlife in Billings – Montana’s largest city – has its own charm and appeal.

From breweries to saloons to casinos: there’s enough variety to Billings’ nightlife to entertain a fairly broad range of ages and personalities.

If you’re looking to throw all caution to the wind and dance the night away, Billings isn’t, unfortunately, exactly overflowing with options. It does have a few popular dance clubs, however!

Proudly claimed to be ‘the best dance club in Billings’, the Loft Dance Club is a fun and exciting place to go for a night out. The club is open seven days a week, and until 2 am Wednesday through to Saturday.

It’s one of the few places in town you will always find music playing, and it’s one of the best places in Billings to dance. This is especially true on the weekends when the club is packed and full of energy.

The drinks are strong, the staff friendly, and the atmosphere lively; the Loft is a huge part of Billings’ club scene. It’s also one of the few gay bars in Montana, and a fantastic, welcoming place for people of all ages and orientations.

The Loft is always hosting events, whether it’s themed parties or stand-up comedy – check out their Facebook page for more information!

Daisy Dukes is famous locally for its electric atmosphere and young, boisterous crowd.

The club boasts one of the largest dance floors in Billings, a pool table and a great bar. There are few places in Billings that get busier than this at the weekends – Daisy Dukes gets packed out every week.

The vibe is very young, and it can feel a bit hectic, though security keeps people safe–this isn’t really the place for people who prefer laid-back evenings. But for those who want to just have fun, drink with friends and dance a little, Daisy Dukes is perfect. 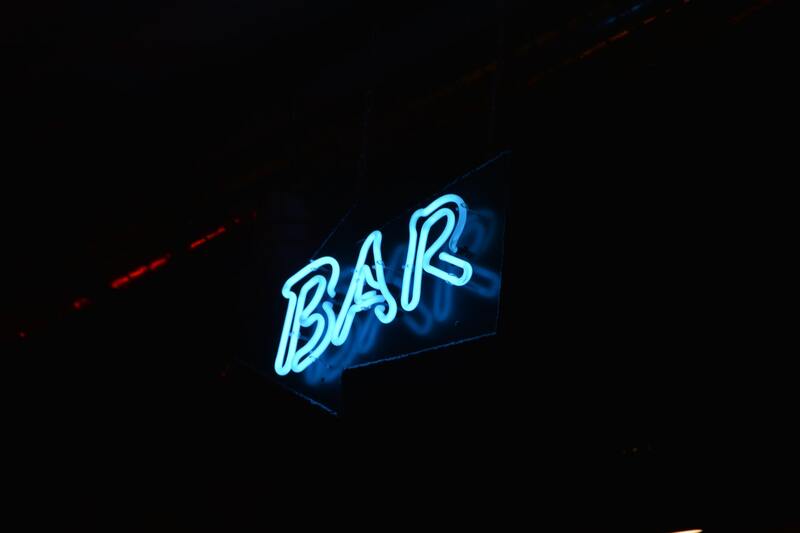 There are dozens of bars and lounges in Billings

Here are a few of the most popular:

This sports bar and Irish pub is all about friendly service, great drinks, and is the perfect place to watch the game.

The sports coverage at hooligans is round the clock – and there’s nowhere in the bar without a screen to watch it. You can always be sure a crowd of locals will be piled into the bar when a big game is on!

Make sure to enjoy the football with a drink from Hooligan’s varied menu. They serve a number of local ales, Montana-inspired cocktails and, of course, Irish whiskey at the bar.

Food is also served at reasonable prices and is generally the standard burgers and fries fare you would expect in a bar.

The Rainbow Bar has been a staple of Billings’ nightlife since 1935, and has been a family-owned establishment ever since.

It’s the perfect location for a laid-back and relaxed night out with friends. The ‘Bow’, as it’s affectionately known by locals, is proudly a “working man’s” type of bar. The staff are friendly, patrons generally know each other, and the drinks are great value for money.

Whether playing tunes from the jukebox or heavy metal as a constant backdrop, the Bow is a fun little bar with a big personality.

Adding a little finesse to Billings’ drinks scene is Doc Harper’s, a martini bar situated right in the middle of downtown.

Few places in town can boast a better cocktail menu than Doc Harper’s. The specialty drinks are handcrafted to perfection, and the menu is an interesting blend of traditional martinis and more modern infusions. You can check out the menu on their website here.

The interior of the tavern is best described as industrial chic – it feels like the kind of bar you would find in a big city, without any of the aloofness. The experience here is sleek and refined, but still has that warm charm we associate with Montana.

This bar and casino offers an alternative entertainment option to dance floors and music venues: poker tables and slot machines.

The Crystal Lounge is the best place in Billings for games and cheap drinks. There’s a good variety of poker games hosted at the table, where you can play everything from Texas Hold’em style to 5-card draw.

If gambling isn’t for you, you can still sit back and enjoy the karaoke–or even have a go yourself! Karaoke is on every single night from 9 pm to 2 am so you will have plenty of opportunity.

The lounge has a cozy atmosphere, which is mostly provided by the incredibly welcoming staff. Keep in mind that the Crystal Lounge is small, and can get pretty packed on the weekends. 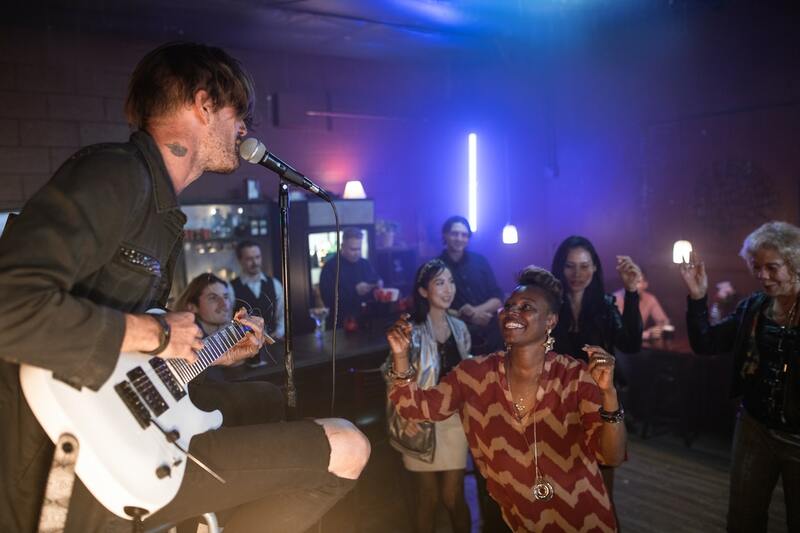 If your idea of a perfect night out includes live music, you’re in luck. A number of bars and breweries host music nights, but the Pub Station is a dedicated space for bands and musicians to perform.

An ever-revolving door of music acts, the Pub Station brings some eclectic and varied performances to Billings.

Without the Pub Station, the nightlife in Billings would be sorely lacking in terms of concert venues. While the MetraPark Arena covers the more family-friendly acts and suits easy-going concerts, the Pub Station has a lively atmosphere targeted towards adults.

The taproom keeps the drinks flowing with dozens of beers on tap and a wine menu, the staff at the venue are friendly and the atmosphere is charged, yet comfortable. 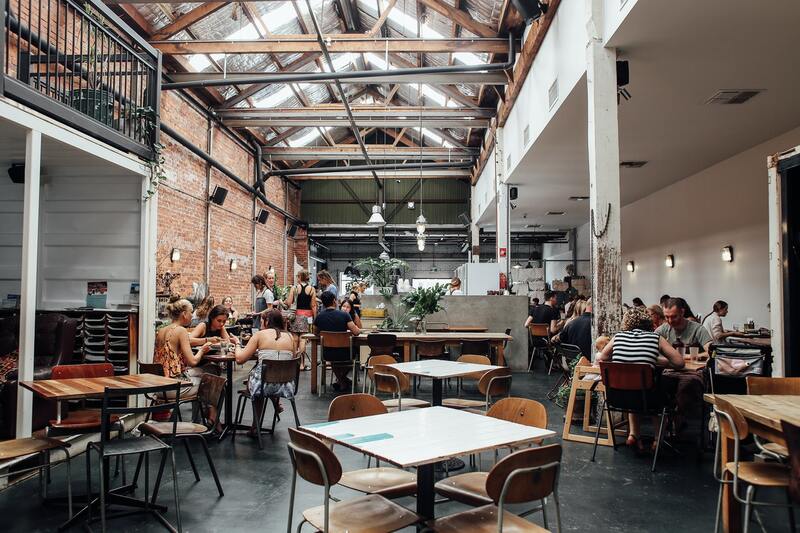 In terms of nightlife, where Billings really excels above most other places is its breweries. The number of high-quality microbreweries in the city is hard to match.

First opening its doors in 1994, the Montana Brewing Company set the standard for Brew Pubs in Montana.

The company has stood the test of time thanks to consistently warm, friendly service and award-winning beers – most of which you can get on tap. It’s a very casual setting with a welcoming atmosphere.

The Montana Brewing Co. is also a popular place to eat. You can grab some high-quality food alongside your beer here: it’s the kind of place you can spend a whole evening, from dinner until the early hours.

The brewery is always open late, closing between 1 am and 2 am most nights.

The microbrewery is  family-friendly, giving the location a communal vibe. It’s one of the best microbreweries in Billings for nightlife, as it is open later than most – closing at 11pm on every day except Sunday.

Thirsty Street also often hosts events. You can head to the Garage for a game of ping pong, or enjoy some live performances from the small stage in the taproom!

The beers are of excellent quality and diverse: you can get over a dozen of Thirsty’s beers on tap. Whether you like a smooth stout or a light citrus-flavored ale, there’s sure to be something on the menu to suit your fancy.

Check the beer selection out on the Thirsty Street website.

Uberbrew is a relative newcomer on Billings’ microbrewery scene. But it didn’t take long to make its mark, winning the Small Brewery & Brewer Of The Year Award at the Great American Beer Festival in 2016.

Of the three microbreweries listed here, Uberbrew closes the earliest, shutting at around 8:30pm. But this doesn’t mean it isn’t part of the nightlife in Billings!

Apart from the obvious award-winning ales and beers, Uberbrew is great to visit for its many events, which usually run from around six until closing.

It’s one of the most active venues on the events page in Billings, thanks to its weekly Pub Trivia nights. If you enjoy casual, laid-back nights out, Uberbrew would be a great fit.

Billings is Montana’s largest city, and despite being in a state with fairly low-key nightlife, Billings manages to provide some great options for people in the city. 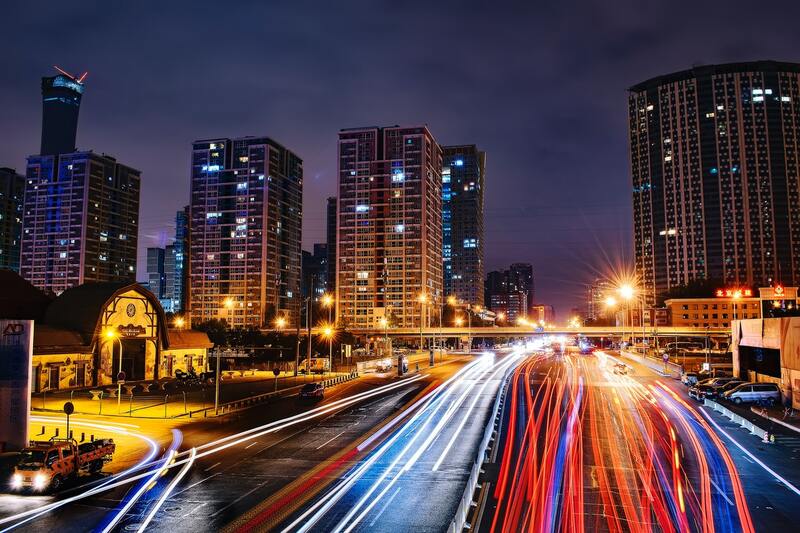 While Billings may not be the first city that comes to mind when you think active nightlife, the city has an abundance of friendly and lively locations for those wanting to experience everything the locale has to offer.

Make sure you check out the Billings Montana event page to keep up to date with any special events you may want to attend while visiting!