Southeast Montana’s Fallon County was originally part of both Custer County and Carter County before it broke away from them in 1913. It is a largely rural area bordering North Dakota, with its main industries being related to agriculture and ranching as well as oil, mining, and quarrying.

Baker is the Fallon County seat, and the town of Plevna is the only other incorporated community of the county. Baker was originally a campground with abundant surface springs and grass, although businesses began to spring up as early as 1908 when the first post office opened.

Around 1913 when the county was forming, a dam was built in Baker by railroad crews to harness water from the springs for the steam engines and Baker Lake was formed. Baker’s fortunes changed in 1915 when natural gas was discovered while drilling for water and the town grew, along with its oil production, booming in the late 60s and 70s.

The population in the spread-out agricultural region of Fallon County is around the 3,000 mark, and a large proportion of the region’s semi-arid grassland terrain is on farm or ranch land. Aside from that, there are 18 named mountains in Fallon County, with Bearhorn Butte having the highest peak of all of them and Grassy Butte being the most prominent.

The O’Fallon Historical Museum is located in Baker and contains artifacts related to the homesteading lifestyle so prominent in the county along with various other items commonly used in everyday life in the early 1900s.

The homesteading theme is demonstrated through the buildings, of which there are six, including a tar paper homestead house, the Duffield homestead house, and the Lambert house. The main building is the original Fallon County Jail dating back to 1916, which contains military artifacts from the first 2 World Wars among other items important to the region such as ‘Steer Montana’.

This is a stuffed and mounted version of what was the world’s largest steer at 3,980 pounds.

You can get a feel of the early days in Baker from the various buildings and items within them, and the photographs in the camera room detail the development of the county and the community’s landscape. The museum includes a building full of farm equipment and vehicles dating back to the early 1900s, and admission is free.

Baker Lake is a large, scenic area that is accessible year-round for a variety of outdoor activities like fishing, hunting, and cross-country skiing in the winter months. There is also a decent hiking trail that runs around the lake.

Baker Lake Trail is quite a steep hike, but the 1.5-mile trail is a good way to access the lake. It is mainly used by day hikers as well as hunters, but is not necessarily that well marked out. The lake can also be reached according to various other routes, and there are openings along the trail that provide some great views of Trapper Peak and the Bitterroot Valley.

Old Skool Brewing in Baker is a pub and brewery actually built in an old schoolhouse, hence the name. The establishment brews and serves its own craft beer along the lines of home-crafted Scotch Ales and Pilsners, and also serves wine.

The place has a great ambience with its authentic-looking wooden floors and barn-wood walls. Outside seating is available during the warmer months, and Old Skool Brewing is a popular and well-rated stop-off refreshment point for many out-of-town visitors looking for a decent brew. The brewery is open 2pm-10pm every day except for Tuesdays. 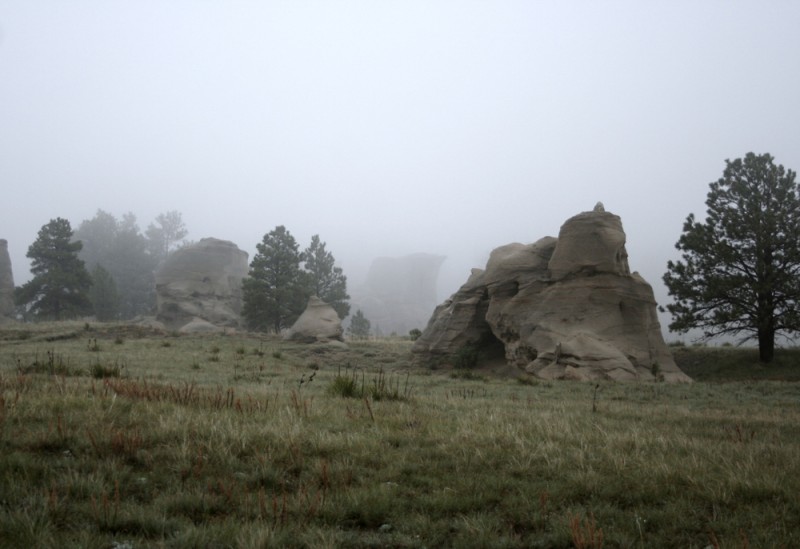 Medicine Rocks State Park is 25 miles away from Baker to the Southwest and is named after the large rock formations within its boundaries. These are 80-feet high sandstone pillars that contain Native American art. The Rocks were a spiritual place for the Plains Indians, as well as a stop-off for Indian scouting parties, a fact made more apparent by the tepee rings that are still visible.

This is a unique 300-acre park and national historic site managed by the Montana Department of Fish, Wildlife, and Parks. It is also something of a wildlife haven, particularly for mule deer, antelope, and sharp-tailed grouse. You can also camp in the park, which has more than 12 campsites.