Wibaux County is located in the easternmost region of Montana, between the state’s northern and southern borders, and with the Montana-Dakota border as its eastern boundary. It is Montana’s smallest wholly agricultural county, with an area of 889 square miles.

It was established as a county on August 17, 1914, from sections of Dawson, Fallon, and Richland Counties. Wibaux County had a population of 969 in 2010. The county’s only town and county seat, Wibaux, has 567 residents.

The town that serves as Montana’s eastern entryway is steeped in history. Wibaux County and the town of Wibaux are both named after Pierre Wibaux. He was a Frenchman who left his family’s textile business to pursue a career in the American northwest cattle industry.

Agriculture is the primary source of income for the county. An average of eight million dollars is earned each year through hay and grain cultivation, cattle, and animal products. The educational system, the nursing facility, and the county government are also key employers in the county.

Additionally, Wibaux is a welcoming western town with a rich past and a wonderful commercial historic center, making it an ideal starting point for the rest of your journey.

The county’s badlands mixed with rolling hills provide excellent opportunities for photographing and hunting whitetail deer, antelope, and mule deer. In various regions of the county, upland game birds are also abundant. It is not uncommon to see deer, beavers, wild turkeys, and a large variety of songbirds in the area. 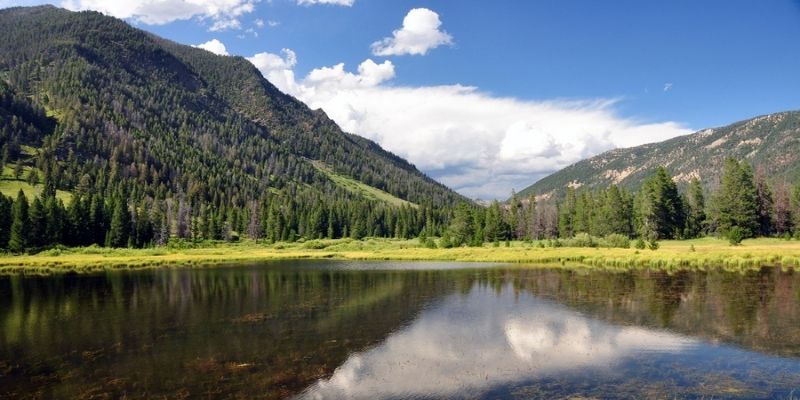 Situated in southeast Montana, the Beaver Valley Haven is a notable hunting destination.

Campers can expect to see lots of pheasants, wild turkeys, and deer, as well as scenic vistas of the surrounding valleys and mountains. In addition to the Beaver Creek Brewery, Wibaux has several fantastic restaurants and bars.

The park’s facilities include tent camping, pull-throughs, big rig access, water, and 30/50 amp service. Hopefully, you’ll be able to visit this campground on your next Montana vacation! Staying at the campground means you’ll have the opportunity to meet some of the locals who work there, so don’t be shy about saying hello!

This beer haven just off the interstate is a magnet for long-distance drivers commuting east and west on that seemingly unending motorway. As a non-gambling establishment, the taproom at Beaver Creek Brewery provides a comfortable, non-smoking setting.

The Pierre Wibaux Museum is located in the office building that Pierre and Henry Boice constructed in 1892. It is named after Pierre Wibaux, a 25-year-old French textile entrepreneur who left his family’s business in France to find a better life in America’s northwest.

Along with artifacts from the early immigrants of this region, the museum houses a collection that belonged to Pierre and his beloved wife Mary Ellen (Cooper). There is an excursion of the Museum Complex that includes a narrative of Pierre and his life.

Visitors can explore the nearby Wibaux Park, which has been meticulously planned. Trees of the cottonwood variety, fragrant lilacs in the spring, poppies in the summer, and snapdragons in the fall are just some of the sights to behold in the area. The trickling fountain, a walk down the Beaver Creek, or a picnic meal are just some of the activities you can partake in while you’re there.

The name Makoshika (Ma-ko’-shi-ka) comes from a Lakota term that means “bad land” or “evil spirits.” Today, the Makoshika badlands are open to the public for exploration and enjoyment.

Makoshika State Park also contains fossils of tyrannosaurus and triceratops, as well as pine and juniper-studded badlands formations. A triceratops skull and many other badlands artifacts are on exhibit in a tourist center near the park’s entrance.

With 15 campsites and a group use shelter in addition to an outdoor amphitheater and an archery range, the park has something for everyone. At a height of 2,415 feet, Montana’s biggest State Park covers 11,538 acres.

Outdoor activities include everything from barbecuing to hiking and biking. There is also archery, photography, and disc golf available (Frisbee golf).