The Big Hole National Battlefield was the location for the bloodiest conflict in the Nez Perce War.

A two-day battle was fought on the land in August 1877, and an estimated 60 to 90 Nimiipuu men, women, and children lost their lives, as did 31 military operatives.

Today, the visitor center on the 1,000-acre plot is open year-round. The nearest settlement is Wisdom, Montana, 10-miles away.

Background Of The Nez Perce War 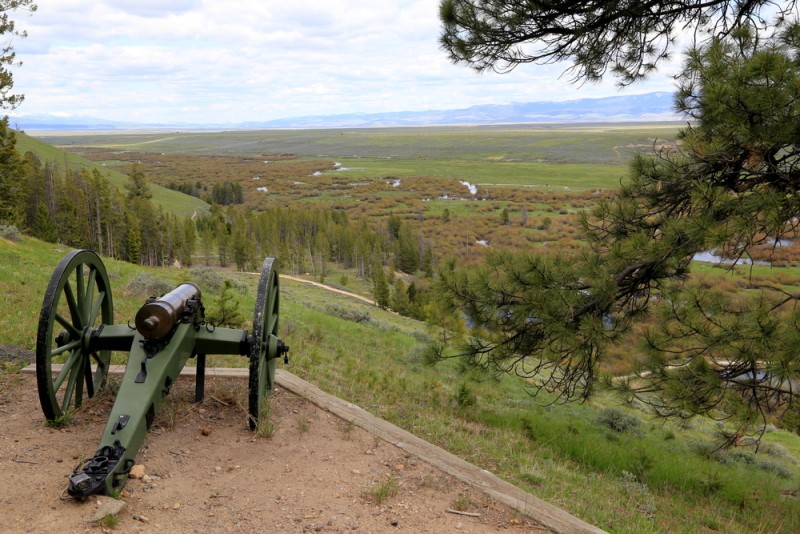 In May 1855, the Nez Perce leaders reluctantly signed over 5.5 million acres of land to the United States government. They were left with 7.5 million acres which became the newly formed Nez Perce Indian Reservation.

The treaty prohibited Europeans from entering the Reservation without the permission of the Nimiipuu elders. However, in 1860 the gold rush kicked off, and the Native Americans dealt with hostile prospectors squatting on their land.

Farmers followed the prospectors and began to set up operations on the Reservation, with no pushback from the U.S government.

The initial agreement unraveled, and in 1869, a small group of the Nimiipuu was forced to relinquish a further 6,75 million acres, leaving their people with 750,000 acres.

Many in the tribe did not accept the validity of the agreement and remained on their lands.

Tensions between white settlers and the tribesmen soared between 1876 and 1877, with several Nez Perce murdered by farmers and prospectors.

Fed up with the antics of the U.S government and white settlers, some warriors avenged the deaths of their loved ones. In June 1877, Howard dispatched 130-men to neutralize the Nez Perce responsible for fighting back.

Howard’s forces suffered defeat at the Battle of White Bird Canyon. The Nez Perce fled eastwards towards Montana. That led the tribe to the grounds of the now-infamous Big Hole National Battlefield.

At this point, some of the tribal leaders believed that the cavalry was not pursuing them. Others felt differently. The troops surprised the Nimiipuu early on August 9, 1877, attacking the men, women, and children.

Nimiipuu warriors drove back some of the soldiers, killing 31 officials. The toll was higher for the Native Americans, who lost between 60 to 90 men, women, and children.

However, warriors blockaded the troops, allowing surviving families to flee the area.

What Is The Closest Town To Big Hole National Battlefield?

The nearest town to the Big Hole National battlefield is Wisdom, Montana. It boasts a population of 98 and has limited lodging and food and beverage options.

Where Can I Stay When Visiting Big Hole Battlefield?

There are limited accommodation options near the battlefield. Your closest bed is the Nez Perce Motel which is approximately 10-miles by car. RV travelers might consider the Big Hole River Park as your resting place.

However, tourists who demand more luxurious accommodation should look to the larger settlements with various offerings. Prepare for an extra 2 to 3 hours of traveling time to and from the site.

The only other establishment on Highway 43 is the Sasquatch Inn Retreat. That still leaves you 46-miles from Big Hole.

If you intend to travel with the family, think about the Sugar Loaf Lodge and Cabins. There are hiking trails on the property and a kids’ playground.

Travelers planning to move onwards to Missoula after the Battlefield may consider Rye Creek Lodge on Route 93.

Alternatively, you could look for accommodation in Butte or Dillon, Montana. They feature more concentrated lodging offerings. Another option is Salmon, Idaho, but it means you need to cross state lines.

All three locations are approximately a 1-hour 30minute drive from Big Hole.

What Activities Are There To Do At Big Hole National Battlefield? 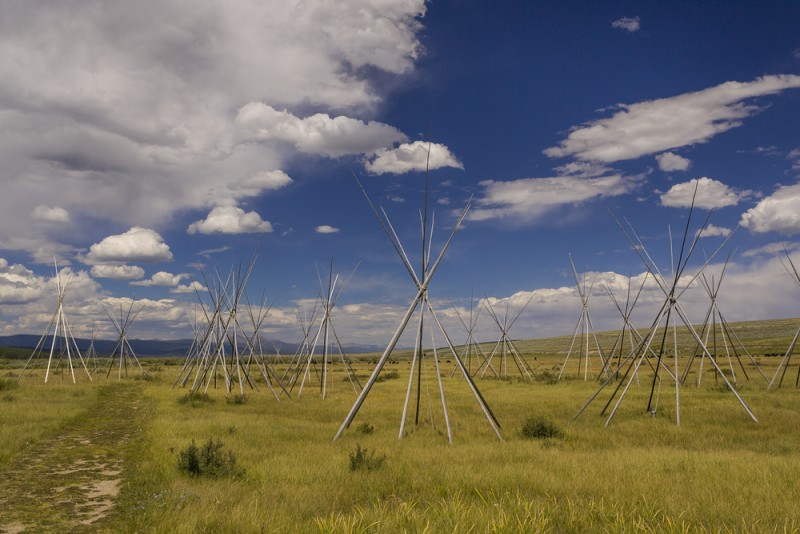 The main attraction in the Park is the battlefield tours. A knowledgeable guide takes you on a 1.2 to 2-mile hike, stopping along the way to detail the events that unfolded in August 1877.

It leaves you with a deeper understanding of the history surrounding the battle. Plus, it helps you paint a picture of the fatal event.

Individuals with mobility challenges, or those not interested in a walk, can sit in on a deck talk. Learn about the history of the area and the Big Hole Battle from an expert on the subject matter.

Should you find yourself in the area during the warmer months, attend one of the Summer Speakers Series. Various individuals deliver talks on different subject matters about the land and the Battle of Big Hole.

You can enjoy numerous hiking trails in and around the Big Hole National Battlefield. However, the park houses three routes of its own.

The longest one is the 1.6-mile Nez Perce Camp trail.

This route takes you around the area where the Nimiipuu people slept on August 8. 1877. The day before, they were attacked by the military. It should not take you longer than an hour to complete.

The Siege Area trail is a 1.2-mile route that ascends 50-feet and showcases where the warriors besieged troops from the Seventh U.S infantry. You can expect to finish this walk in 45-minutes.

Lastly, The Howitzer Trail is a 40-minute hike that rises 320-feet. A round trip will set you back approximately 40-minutes. This path showcases where the Nimiipuu warriors seized a Mountain Howitzer from the troops.

Strict conditions exist regarding fishing in the vicinity. These are implemented to ensure exemplary fly fishing conditions for visitors. The three predominant species on offer are mountain sucker, mountain whitefish, and brook trout.

In addition, rainbow, redband, and brown trout navigate the rivers, as do longnose dace and burbot eelpout.

Big Hole National Battlefield is a residence of 80 avian species, giving birdwatchers much to get excited about. Sightings of bald eagles, rough-legged hawks, and northern pygmy owls are possibilities in the historic park.

Furthermore, the American tree sparrow and redpoll set up their nests in Big Hole for the winter season.

Besides the array of birdlife on offer, the battlefield land is home to a healthy stock of mammals. Wolves, bison, black bears, and mountain lions are a few of the mammals roaming the Big Hole National battlefield park.

Wildlife lovers can spend their days in the great outdoors, searching for exquisite mammals going about their business.

Typically, you meander along hiking trails that are mentioned above. However, it is worth checking the National Park Service website before visiting to see if it is open.

Cross country skiing and snowshoeing were prohibited this year to allow for ground regrowth after a recent fire.

Where Can I Eat Near Big Hole National Battlefield?

The closest spot for a feed near Big Hole Battlefield is Wisdom, Montana. Your options are limited to The Crossing Bar and Grill at Fetty’s and the Antler Saloon. The latter whips up delicious homemade pizza but has little else on offer.

The Crossing offers typical bar food, including burgers, sandwiches, and pizza. If you are set on a more varied menu, you need to set up camp in a bigger town like Butte.

Where Can I Drink Near Big Hole National Battlefield?

The best bet for refreshments in the area is to grab a table at The Crossing Bar and Grill at Fetty’s. Alternatively, you could head over to the Antler Saloon. That is also in Wisdom.

Do not expect any fancy cocktails or artisanal brews. These establishments serve your standard commercial beverages. Those seeking an extensive offering of watering holes should rather stay in a larger City.

When Is The Best Time To Visit The Battlefield?

The Big Hole National Battlefield is open to the public year-round, except on public holidays.

If you are journeying to the battlefield for an informative guided tour or a pleasant hike, spring or summer is the time to go. The same goes for fly fishing and wildlife watching.

Overall, it is more pleasant to be in the area during the summer. Unless you intend to go skiing or snowshoeing.

The Big Hole National Battlefield is a crucial location to document the dark consequences of war. However, we must not forget that Big Hole is more than a battlefield.

It is home to a healthy array of outdoor activities, including hiking, fly fishing, cross-country skiing, and wildlife watching. Ultimately, it provides an ideal trip for cultured and adventurous travelers.

Although you have a few accommodation options to choose from, the Sugar Loaf Lodge and Cabins are a safe bet.