They are an important part of the forest and plains ecosystems and help to keep populations of deer and elk at healthy levels. But are there wolves in Glacier National Park?

The simple answer is yes, but this was not always the case. For a very long time, wolves were considered harmful, dangerous animals.

Farmers and ranchers killed wolves suspected of hunting livestock, and by the early 1910s, there were only a handful of wolves throughout the entire United States. And by 1936 Glacier National Park rangers had successfully eliminated the Gray Wolf from the park.

Glacier National Park remained free of wolves until the mid-1980s when attitudes around this animal began to change. With a better understanding of the importance of top-level predators in healthy ecosystems, the park service began work on reintroducing wolves to not only Glacier National Park, but to other national parks where wolves are important to the food web.

This renewed interest in the Gray Wolf means that many visitors to Glacier National Park come for the opportunity to see these animals along with other animals unique to the northern Rockies.

If you are one of those travelers, here is what you need to know about wolves in Glacier National Park. 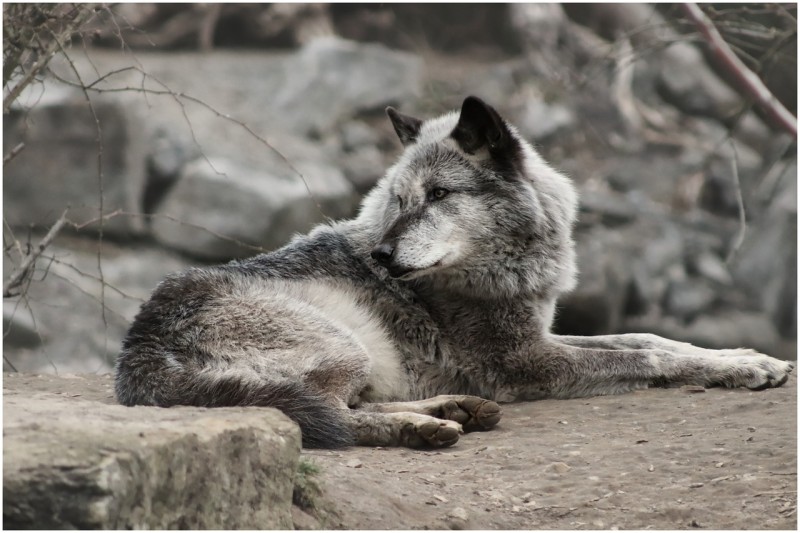 Gray wolves are again flourishing in Glacier National Park! Today, with careful management of the species, there are thought to be six to eight packs of wolves living within the boundaries of the park. This represents a really amazing comeback for a species that was down to only four packs in the entire United States.

The Gray Wolf is one of the animals that create a lot of excitement with visitors and even park rangers. They are very elusive, shy animals, and prefer to keep to themselves.

Despite their growing populations in the northern Rockies, sightings of wolves are rare, and visitors that are lucky enough to see a wolf in its natural settings have hit the jackpot in Glacier National Park.

Where to See Wolves in Glacier National Park 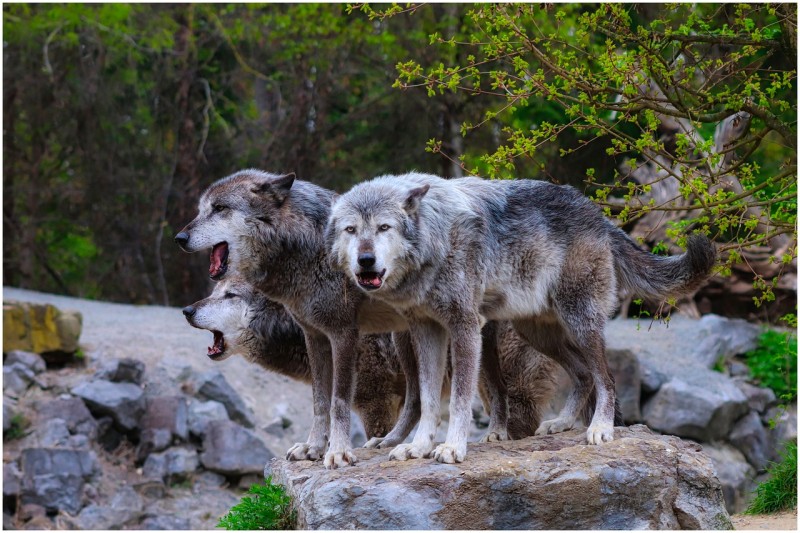 If you are determined to see a wolf in Glacier National Park, there are a few areas within the park where you have a better chance of sighting one. Do remember, these animals would rather not deal with people, so while these areas have the highest number of wolf sightings, that doesn’t mean you’ll see one.

The North Fork area is home to the largest populations of wolves within Glacier National Park. This is likely because this area experiences fewer visitors due to minimal amenities, and roads that are unpaved.

The forest service recommends visitors to this area have higher clearance vehicles with all-wheel or 4-wheel drive. Knowing how to change a tire is also a good skill to have if visiting the North Fork area.

However, you also have a good chance of seeing a wolf but don’t want the challenges of the North Fork area, there have been many sightings along Camas Road. This paved road is more accessible to visitors than the North Fork area.

Wolves are amazing creatures, but they are also very powerful wild animals. They are most active in the park during dusk and dawn. This is when they are out hunting, and are more likely to be spotted, especially in areas where there are larger populations of deer or elk.

If you see a wolf or wolves, make sure you give them plenty of space. Park rangers recommend at least 100 yards between you and wolves (or bears). To safely observe wolves, you’ll want to bring a pair of binoculars.

This way you can get an up-close view without disturbing them. If hiking or camping in the backcountry, follow the same protocol for wolves as you would for bears. Carry bear spray and use bear bells to warn these large predators of your presence, to avoid dangerous close encounters.

Conclusion – Are There Wolves in Glacier National Park?

Wolves have become a vital part of restoring the natural balance to Glacier National Park and Yellowstone National Park. At the same time, the wolves are rather reclusive and sly and you are not guaranteed to see them on your visit to Montana.

Consider yourself lucky if you come across one of these majestic creatures, but always make sure to keep all safety precautions in mind.