“Oro y Plata” which is Spanish for “Gold and Silver”, is a tribute to Montana’s mining history, specifically when the Gold Rush was in full bloom. The Montana state motto compliments the state’s nickname of the Treasure State.

Beating out other suggested gold-oriented mottos, such as “El Dorado” (“the place of gold”), “Oro y Plata” appears on both the official State Seal and the State Flag.

When was the Montana State Motto Established?

“Oro y Plata” was announced as the State Motto on February 9, 1965, nearly a year after Montana was officially declared a Territory of the United States.

As a new territory, Montana was set to establish its own unique State Seal. And, like many other state seals, they decided their signature would be best accompanied by their own personalized motto.

Why was “Oro y Plata” Chosen as the Montana State Motto? 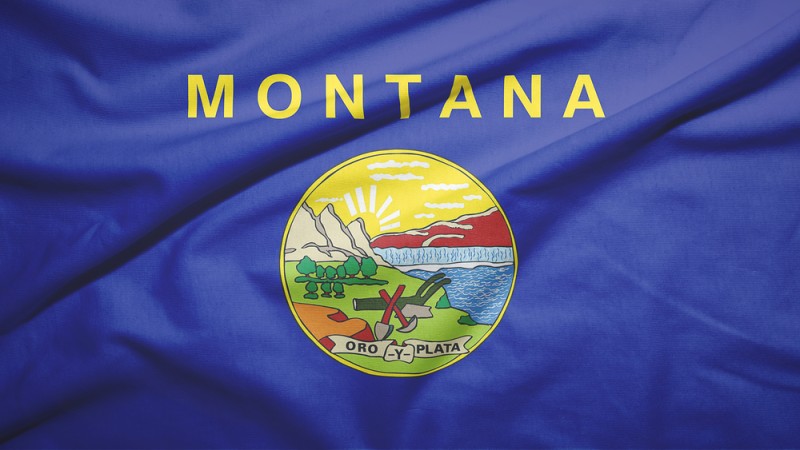 Shortly after Montana received territorial status, a committee of officials led by Mr. Francis R. Thompson got together to design their new official seal.

While there was some debate about what the seal would be, there was a general agreement that it should represent Montana’s current economy and future.

During the discussions of the new seal design, the idea of incorporating a state motto was introduced.

Since Montana had just received territorial status thanks to the mass immigration to the area during the Montana Gold Rush, the committee decided that their motto should represent their gold industry.

“El Dorado,” meaning “the place of gold,” was suggested, but ultimately the committee decided to go with their now established “gold and silver.”

The motto would go through one more set of revisions in which the adage was translated into its current Spanish.

“Oro y Plata” was approved by both houses of the legislature, and the bill was signed into law by Territorial Governor Sidney Edgerton on February 9, 1865.