In 1969 local legislature declared both the Sapphire and the Montana Moss Agate as the Montana State Gemstone. However, the value of these local jewels wasn’t always recognized, especially during the state’s early history.

When the Montana Gold rush began in 1842, many settlers immigrated to Montana to start their hunt for riches. The region’s large deposits of gold, silver, and other precious metals quickly earned the area the title of “The Treasure State.”

While settlers to the state were enticed by the region’s precious metals, prospectors actually found much more than gold flowing through the majestic rivers and streams of the idyllic countryside and mountains.

The gemstones of Montana are many and include; topaz, jasper, serpentine, garnet, various quartz, wonderstone, tourlamine, and rhodonite. There have also been diamonds as well as kimberlites found within the Treasure State.

With so many different gems in Montana, this does bring up the question, what is the Montana state gemstone?

Large deposits of both Sapphire and Agate have been discovered in the state, leading legislators to declare both as the Montana State Gemstones in 1969. 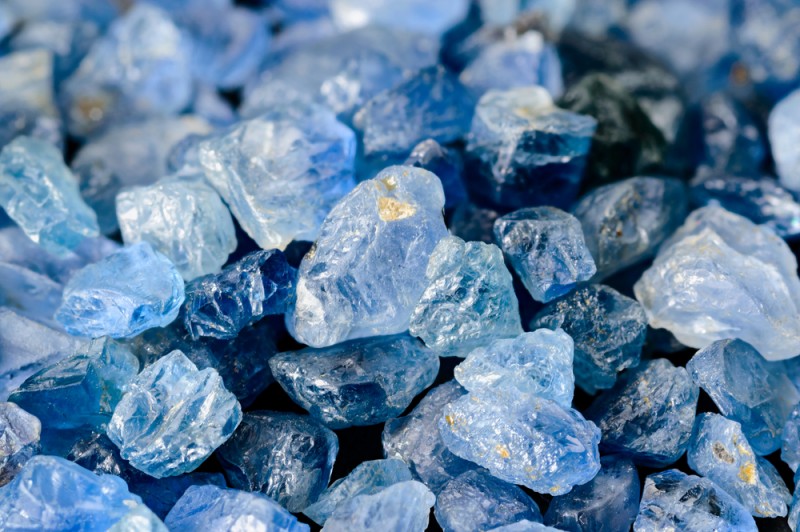 Sapphires were first discovered in Montana in the early 1860s when gold prospectors noticed discrete traces of colored sand in their prospecting pans.

But these sapphires were different than the valuable gemstone available on the market. Instead of the vibrant blue color synonymous with sapphires, these samples were primarily yellow and white.

These Alluvial Sapphires were brushed aside, and rumors of these low-value deposits quickly worked their way through the Gold Rush immigrants.

So, when a precious deposit was discovered in Yogo Creek, the prospectors again ignored it, believing it to be a deposit of the less valuable samples found elsewhere in the state.

It wasn’t until a new property owner sent small pebble samples to Tiffany’s in the 1890s that the actual value of the Yogo Gulch deposit was truly realized.

While most of the historic mines in Yogo Gulch are now inactive, the area continues to boast some of the most valuable sapphires in the world and remains a popular destination that attracts many keen prospecting hobbyists.

But it is no longer the only spot in Montana for tourists to hunt for the precious gem.

In the 1980s, Thailand Gem Treaters discovered the process of improving the coloration of sapphires through methods of heating.

Through this new process, local Montana mining facilities finally collected the low-value Alluvial Sapphires flowing through rivers and streams and improved their coloration to a valuable blue.

Today, millions of carats of Montana Sapphires have been produced, and at least one million cut stones have entered the jewelry trade.

As a result, the Montana Sapphire has become one of the most plentiful precious gems found in the state, earning it its spot as one of the co-state gemstones of Montana. 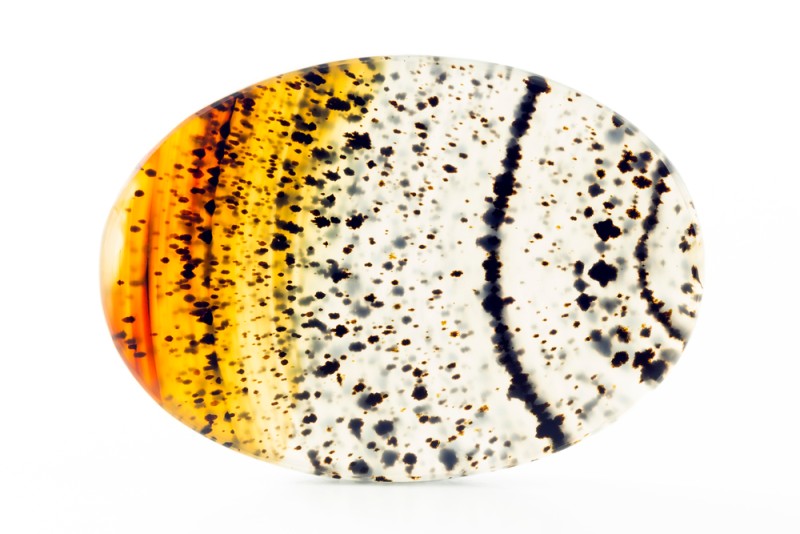 There are two varieties of Agate found in Montana, the Moss Agate and the Dryhead Agate. And while the Dryhead Agate is one of the most beautiful versions of the mineral, it is the Montana Moss Agate that has established itself as the co-state gemstone of Montana.

Found in the Yellowstone River Basin of Southeastern Montana, the Montana Moss Agate is highly abundant in the state.

The stone is a transparent to translucent chalcedony and typically features a white, gray, yellow, or reddish-brown base color.

However, what makes the Montana Moss Agate easily distinguishable is the gemstone’s black, geometric-shaped inclusions, believed to be a form of manganese oxide.

While notably less valuable than the Sapphire, the Montana Moss Agate is one of the state’s most abundant gemstones, with plentiful deposits to be discovered scattered throughout the entire length of the Yellowstone River.

Where to Mine for Montana State Gemstones

Sapphires can be found throughout Montana. However, the largest deposits are located within Yogo Gulch, Rock Creek, Dry Cottonwood Creek, and the gravel bars along the Missouri River.

For a guided mining experience, the Gem Mountain Sapphire Mine welcomes amateur rockhounds to try their hand at sapphire prospecting.

Located along Highway 38 in the Gem Mountains, halfway between Philipsburg and Hamilton, the mine’s staff directs guests through the processes of prospecting, heating, and treating yellow and white gemstones to produce fine jewelry with valuable blue sapphire features.

Unlike sapphires, agates are easy to find and don’t require the help of professionals. Instead, amateur prospectors can find the Montana Moss Agate readily available scattered throughout the Yellowstone River in Eastern Montana.

While the gemstone can be found along the entirety of the body of water, the most plentiful deposits are located to the east of Billings, in the stretch of river that reaches from Custer to Sydney.