As the largest of the seven Native American reservations in the state of Montana, the Crow Reservation in south-central Montana has approximately 11,000 registered members – around 7,000 of them living on the reservation itself.

Although it’s immediately to the left of the Cheyenne Reservation, the Crow Reservation has its own customs, oral history, and unique celebrations. Read on to learn more about this stunning reservation flanked by the Yellowstone and Bighorn Rivers, as well as a few nearby locations.

Located in south-central Montana, the Crow Reservation, or the reservation of the Apsáalooke people, has a storied history.

Bordered by the Bighorn, Wolf, and Pryor Mountains, the Crow people maintained mostly positive relations with encroaching European settlers, giving them the largest reservation in the state. While the land has surely shrunk over the years, it still holds great spiritual power for the Apsáalooke people, a land to call their own.

Rather than fighting European settlers, the Apsáalooke people often found themselves fighting other native tribes – the Sioux and Cheyenne, in particular. But it was the Hidatsa, another Siouan tribe, that gave them their name, Apsáalooke, meaning “children of the large-beaked bird.”

You’d think the moniker related to the crow species, but the white Europeans called them Crow due to their different communication styles.

But let’s start at the beginning.

Lewis and Clark weren’t the only white Europeans traveling through Montana. In 1743, the Apsáalooke came into contact with their first Europeans, two french brothers who noted that they were incredibly handsome. August 1805 saw fur trader Francois-Antoine Larocque traversing through the region – but he wasn’t alone.

He had a Crow, or Apsáalooke, group with him, proving that Crow already had an intuitive understanding of the land. (Fun fact: they had split off from the nearby Hidatsa tribe in the 1400s, and there were originally three Crow groups, searching the land for sacred tobacco.)

But relations wouldn’t remain smooth for long: while an 1851 treaty allocated Crow land, pressure mounted from multiple sides as Europeans near the Yellowstone River and the Lakota Sioux tribe to the east entangled treaty lines in the 1860s. Add a smallpox epidemic from incoming Europeans, and you’ve got yourself a burdened community.

On May 7, 1868, just mere years after a national crisis, the Crow recognized that their treaty wasn’t going to cut it anymore – they needed finite land.

Creating a reservation was a source of pride and mixed emotions, as they sold around 30 million acres of land from their previous 1851 treaty – just to ensure they had a space to call their own. It was really less of an agreement and more so being backed into a corner.

Even after western corners of their reservation continued to be cut in 1882, 1892, and 1906, still they thrived. And then we get to 1917: in an act of faith, desperation, and defiance, Crow chief Plenty Coups, Robert Yellowtail, and others prayed to stop efforts to open the reservation. Why didn’t they want it open?

The answer is clear: they had already given so much of their land, and the United States government didn’t exactly have a good track record dealing with native lands and reclamation. Their prayers were soundly answered: plans to appropriate their land were halted.

And finally, the reservation got its last land reduction in 1937 thanks to the construction of the Bighorn Dam. It had its history of firsts, as well: in 1934, the same Robert Yellowtail became the first indigenous person to the reservation’s superintendent.

In 1966, Pauline Small became the first woman tribal official – another building block of the present state of the reservation. What’s it like these days? Let’s take a look. 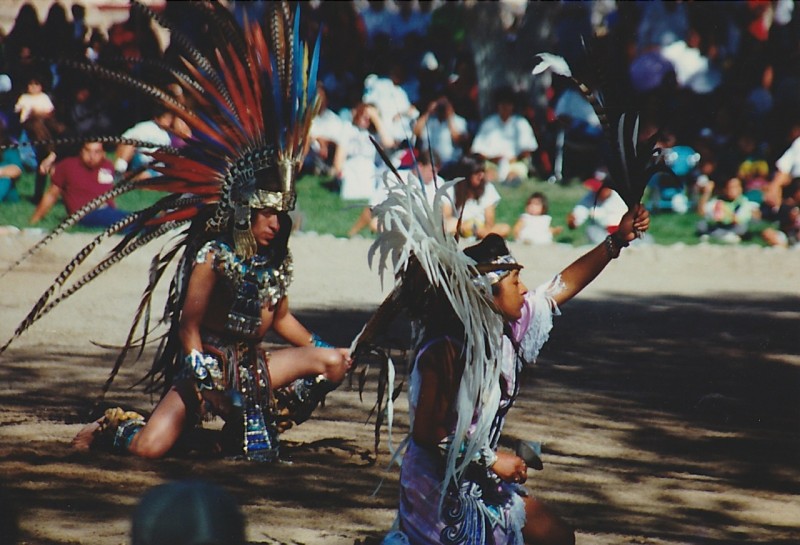 Almost 8,000 Crow members currently live on the reservation, a place they can immerse in their cultural celebrations and traditions.

Since 1904, the Crow have held their annual Crow Fair to present the Apsáalooke people to the world and other indigenous tribes. Calling itself the Teepee Capital of the World, over 1,500 teepees can be found during this celebration of dance, song, and food.

Held during the third week of August every year, it’s similar to a county fair – but with some unique flourishes. Since dancing is a unique and prayerful form of celebration, the Apsáalooke people spend much of their time dancing during the event – in fact, a pow wow is held every afternoon and evening of the event.

And likewise, there’s a long parade that invites other indigenous tribes to participate and celebrate, a space for families to gather. Also popular are the Crow Native Days in June and the Rodeo in July.

While the Little Bighorn National Monument attracts a number of tourists (more on that later!), Crow Indians are a relatively close-knit community.

Over 85% of the community speak the Crow language, and the aforementioned Chief Plenty Coups left his land and home for the community to enjoy.

The Apsáalooke people now have one coal mine in operation that provides a small amount of income for its members, although much coal is left untapped.

Businesses like the Crow Hop Restaurant and Yellowtail Market help the community thrive, as well as educational outlets and two-year universities, and they currently maintain a herd of around 300 buffalo.

Bridging from their cultural prowess, Crow people are known around the world for their intricate beadwork. But beyond the art and the natural beauty, Crow people truly love to gather for their Crow Fair in August. 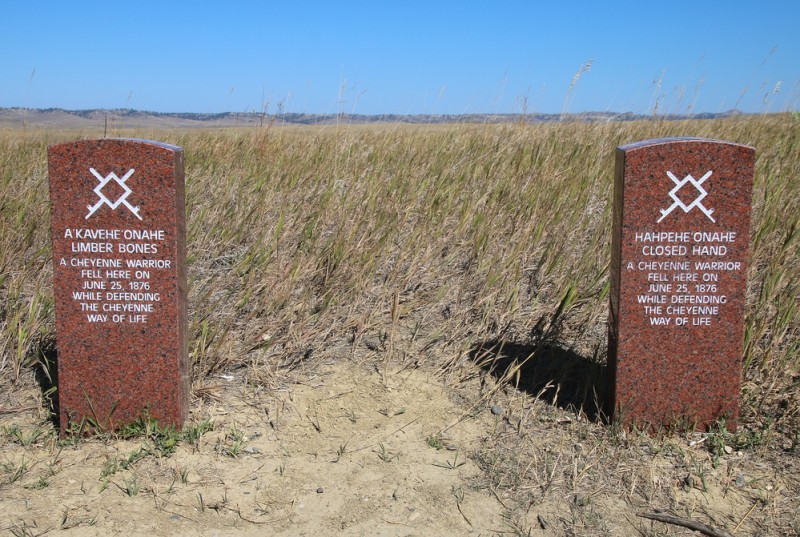 It makes sense that the Little Bighorn National Monument is on the Crow reservation: their own fight to maintain land mirrors that of the great indigenous cause.

On June 25th and 26th of 1876, 263 soldiers died in the United States Army, including General George A. Custer (Cue: Custer’s Last Stand!). But who were they fighting? Nomadic Lakota and Cheyenne indigeneous tribes had banded together after fiercely opposing European-American settlers and army forces.

You could call it a clash of cultures: the nature-minded and buffalo-herding Plains Indians versus the industrial occupation forces. As with many battles, each side thought it was in the right, but it was the US Army that lost the most.

But having more to lose, the indigeneous tribes braced themselves for a battle after escalating tensions, while the US army navigated poor communication and slow movement. It was a short-lived indigeneous victory, but it unfortunately was also the exact fuel the United States needed to force tribes into reservations.

Near Hardin, Montana, the monument and site also have a bookstore and accompanying museum. Check the monument website for up-to-date fees, as well as notifications about free entry days.

All of this to say: no matter which side of the battle you fall on, this is clearly a site of reflection for all parties. After walking down the Deep Ravine trail, we recommend visiting the Custer Battlefield Trading Post & Cafe for a buffalo burger and unique souvenirs. 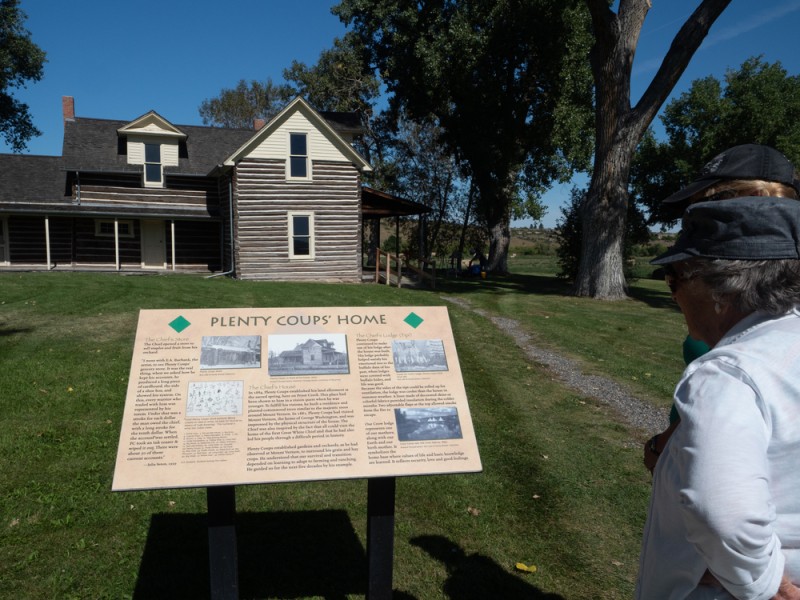 Also in the reservation? Chief Plenty Coups State Park and Home. Before he died in 1932, this chief gifted his land and home to his people, now a state park and museum.

As the tribe’s visionary leader and beloved chief, he worked to ally them with the European settlers, since Sioux and Lakota presented as bitter rivals.

Strongly valuing education against the word of the white man and others, he led a relatively peaceful time in the Apsáalooke life cycle. And a small note: his Crow name was Alaxchíia Ahú, pronounced “Alek-Chea-Ahoosh,” meaning “many achievements,” something he certainly did in his lifetime.

After visiting George Washington’s Virginia plantation in 1928, the chief was inspired to grow his land and eventually donate it – to enrich not only his legacy but that of his people.

These days, the park is a great place to picnic with family, and its main event is the Day of Honor, bringing the Crow people together to share culture and food. We recommend allocating about an hour to the grounds, interpretive signs, and the ¾ mile trail around Pryor Creek.

If you have time, we recommend reading indigeneous ally Frank Linderman’s autobiography co-written with Plenty Coups called Plenty-Coups: Chief of the Crows. Sharing his life story and visionary beliefs, the book encapsulates life as a Crow Indian and it’s a fascinating read. 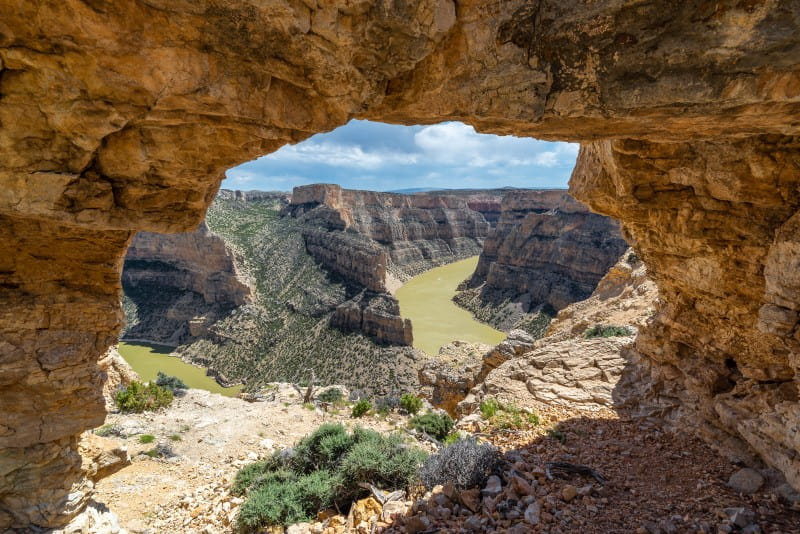 About one-third of this national recreation area is located on the Crow reservation, established in 1966 following the construction of the Yellowtail Dam – named after famed Crow advocate Robert Yellowtail.

At a time when Crow Indians were tragically unable to live freely, Robert Yellowtail stubbornly fought to maintain the land and preserve culture. His efforts and legacy kept parts of this recreation area in the hands of the people who cared for the land.

While it’s home to four historic ranches that have their own history, people often come to this recreation area for Afterbay Lake’s trout fishing.

If you’re into camping, Bighorn Canyon offers four main campgrounds, as well as backcountry camping for the true adventurers. Most sites are on a first come, first serve basis, and can be found at this link.

Last but not least, check out the mysterious Pictograph Cave State Park in nearby Billings.

These caves were home to a multitude of prehistoric hunters, and if you’re lucky enough to visit the site, the loop trail directs you to pictographs or rock paintings. Hunters left behind artifacts along with their pictographs, giving visitors an opportunity to envision daily life in prehistoric Montana.

There are three main caves at this state park: Pictograph, Middle, and Ghost. While their pictographs are faint, they do provide insight and clues to a mysterious past. We think it’s amazing to stand where others have left their mark, however faded over time.

This state park has some great hiking trails and picnic tables. Overall, a very cool sight!

While the Crow, or Apsáalooke, people have a varied, rich, and sometimes tragic history in the United States, their reservation continues to be a place that fosters strength and resilience.

If you can only make it to the reservation for a short time, head to the Crow Fair in the third week of August for a powerful cultural immersion.

Let us know in the comments if you’ve planned or are planning a trip to the Crow reservation, and don’t forget to visit the Crow Hop for an Indian taco and Fly Bread Cheeseburger!

For more information on the Crow people and their history, we recommend checking out this documentary by Zack Nanus.