Nestled between the sandstone rim rock to its North and the monumental Musselshell River to the South, Ryegate occupies one of the most beautiful landscapes of Montana.

Yet, at the same time, its small-town ambiances maintain the integrity of the local Montana culture the region has come to be known for.

Ryegate is best known as the location where, led by Chief Joseph, the Nez Percé people crossed the Musselshell River on September 17, 1877. The crossing was undertaken during the Nez Percé people’s brave but ultimately tragic retreat to Canada from their homeland of Idaho.

Over 30 years later, Ryegate was founded in 1910 as a historic Milwaukee Road Town and has served as the County Seat of Golden Valley County since its conception in 1920.

While the Milwaukee Railroad tracks and depot have since been removed in the 1980s, the surviving railroad bed continues to serve as a reminder of the vital role the town once served in the greater regional community.

Today Ryegate continues to act as the County Seat of Golden Valley despite only having 223 full-time residents as of the 2020 census.

The town is a prominent farming and ranching community in the Central Montana Region, where its convenient location serves as a gateway to many of the wondrous natural attractions scattered throughout the state.

With Deadman’s Basin to the east of the town and the Hailstone National Wildlife Refuge to its South, Ryegate offers visitors a fantastic location to explore the state’s ruggedly mountainous landscape and the exotic flora and fauna that call Montana home.

The Top 3 Hotels in Ryegate 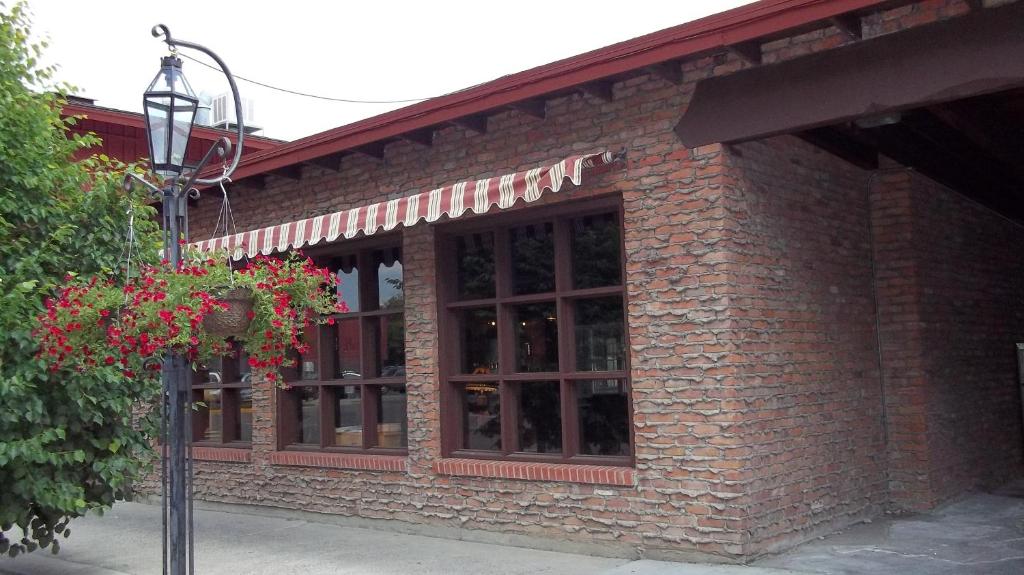 The Staff in the Hotel and in the Restaurant are Wonderful... 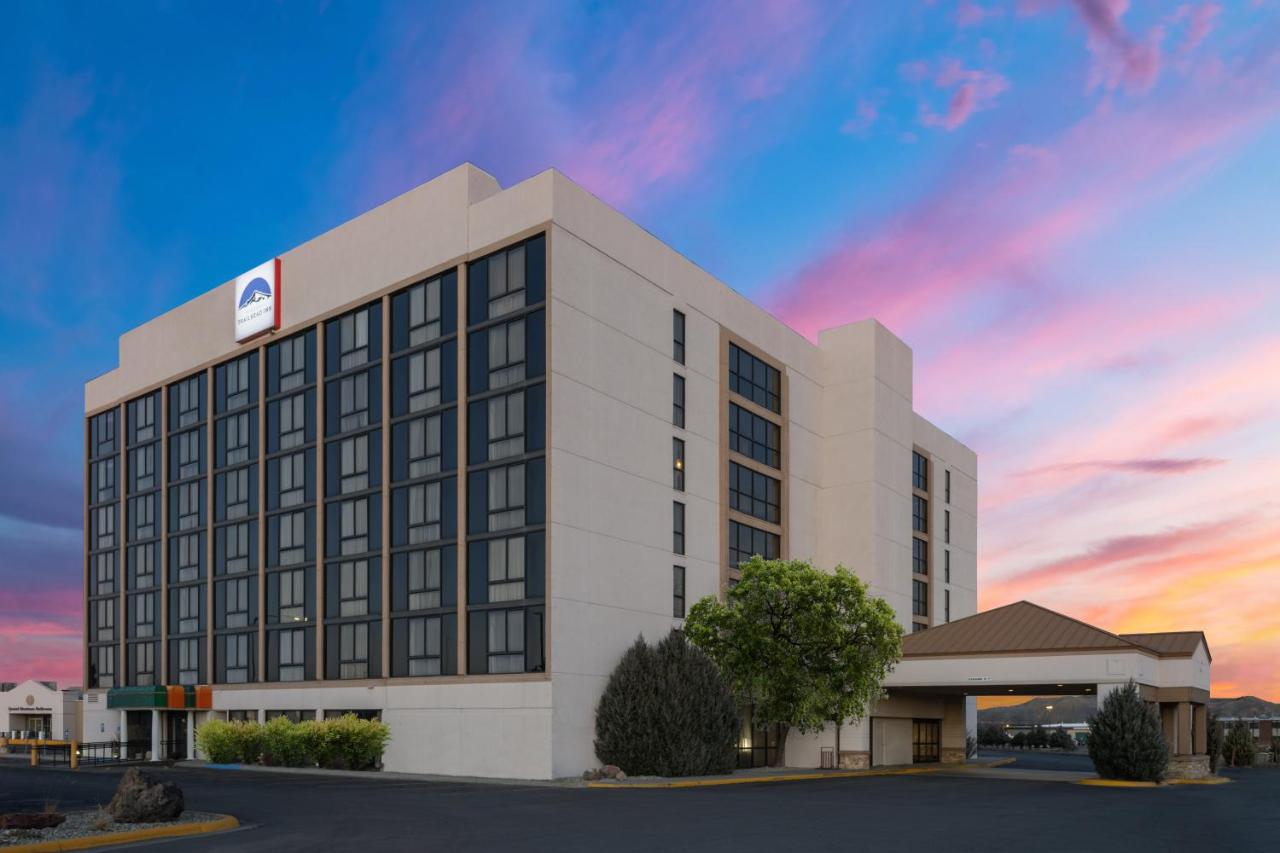 The Layout of the Family Suite was Good. Comfortable Beds...

great sized room with everything we needed for a longer stay. Great staff. Comfortable bed...

Ryegate, MT, is blessed with a vibrant past and breathtaking landscaping, both just waiting to be explored by visitors to the region.

Between the many national and state parks littered throughout the surrounding counties and the several museums scattered between the nearby towns, Ryegate offers the perfect location for exploring the history and natural wonders of South-Central Montana.

The picturesque Little Snowy Mountains dominate Ryegate’s northern horizons. While the mountains have historically served as the abode for the region’s earliest occupants and the proceeding Homesteading Era of Euro-American settlers, all human occupation has since ceased.

With no developed areas besides Pine Grove Cemetery, which continues to immortalize the lives of the region’s early settlers, the Little Snowy Mountains have become a preservation of Montana’s mountainous geographical topography.

The mountains are considered semi-arid, dominated by grassy vegetation, and are defined by their semi-forested foothills rich with Ponderosa Pine, the official State Tree of Montana.

Home to several indigenous plant and animal species, the Little Snowy Mountains are popular among visitors to Ryegate for their hiking trails, hunting experiences, and diverse wildlife spotting opportunities.

Laying 69 miles southeast of Ryegate, Pictograph Cave State Park is an essential attraction for exploring the prehistoric human populations that once occupied the surrounding countryside.

Designated a National Historic Landmark in 1964, the park features over 30,000 artifacts and over 100 rock paintings, some of which date back over 2,000 years.

The Caves depict the evolution of local society from cave dwellers to the first arrival of western settlers. Pictograph images discovered on the walls include paintings of animals, warriors, and, in the most recent paintings, rifles.

Carved into the Eagle sandstone cliff, the park’s three caves— Pictograph, Middle, and Ghost Cave— were home to generations of ancient hunters and were not discovered in modernity until 1936.

Today, the park features a series of informational kiosks guiding guests to the historic caves while teaching visitors about the many natural features of the park and the meanings of the paintings depicted there.

Located in the nearby town of Harlowton, the Upper Musselshell Museum occupies two sandstone buildings constructed in 1909.

With exhibits dating back millennia, the museum’s goal is to preserve and display artifacts that retell the history of the Musselshell River and the stories of the people that have lived there.

Among the museum’s many exhibits are an old-time saloon, an extensive gun collection, a sled hears, and several heritage rooms depicting different occupations and lifestyles of Montana’s Homestead Era.

Also presented within the museum is Ava, an Avaceratops Lammersi dinosaur fossil discovered in the nearby Judith River and was the first of its kind to be found.

While Ava is the collection’s prized piece, the museum’s archeological exhibit includes a variety of other fossils, such as a tibia and fibula of a hadrosaur and a series of dinosaur leg and hip bones.

Thanks to its diverse paleontological exhibit, the Upper Musselshell Museum has become an essential stop along Montana’s celebrated Dinosaur Trail. 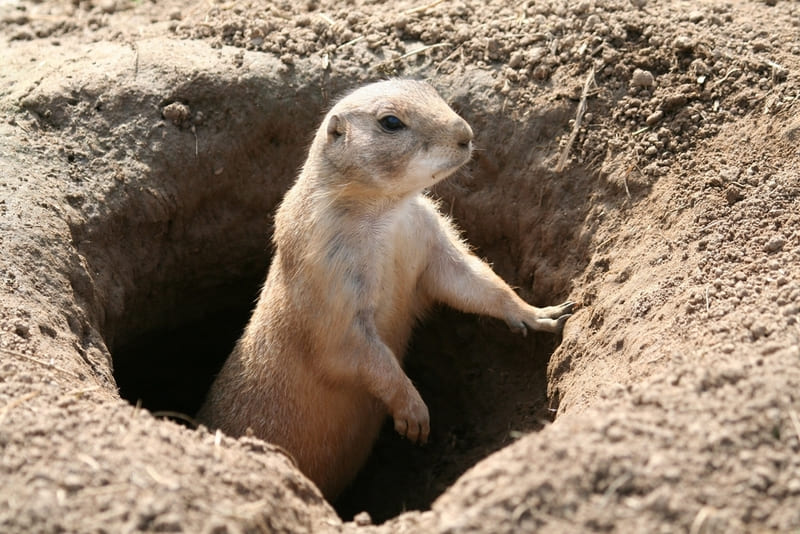 Greycliff Prairie Dog Town State Park is about an hour’s drive south of Ryegate, but it is also one of the best places in all of Montana for observing wild prairie dogs in their natural habitat.

Protected by Montana State Parks, the Montana Department of Transportation, and the Nature Conservancy, the 98-acre preserved park features an elevation of 3,600 feet and several hiking trails from which to observe the wildlife.

Informational kiosks are scattered throughout the park to provide guests with a greater insight into the prairie dog’s native ecosystem and the methods by which they interact with their environment.

Along with the park’s eponymous prairie dogs, visitors to the preservation will also have the opportunity to spot burrowing owls, mountain plovers, and black-footed ferrets.

Ryegate is a town surrounded by beautiful landscapes. From the Small Snowy Mountains to the community’s north, the Musselshell River to the south, and several National and State Parks scattered throughout, Ryegate beckons adventure for any outdoor enthusiasts.

There is no shortage of hiking trails for visitors to Ryegate, with several monumental natural landmarks scattered throughout the countryside.

The best place for experienced hikers looking for a bit of a challenge is the Snowy Mountain trails to the town’s north.

With rugged mountains and rolling hills of viridescent green, these hikes are guaranteed to provide a sense of wonder as you take in the breathtaking views.

For an easier to moderate hiking experience, visitors to Ryegate should head over to Custer Gallatin National Forest.

This 3.2-million-acre protected forest features hundreds of hiking trails, which are easily accessible from Ryegate, and offer some of the most beautiful landscape views in all of Southern Montana. 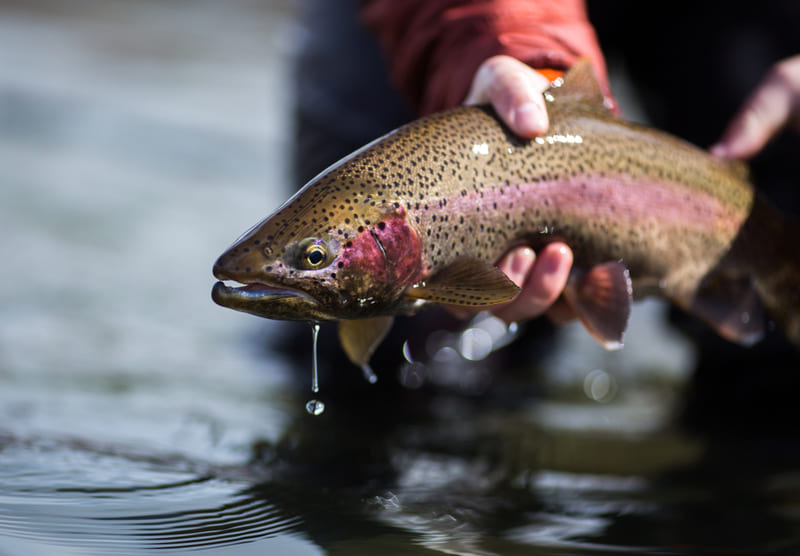 There are several phenomenal fishing spots to be discovered surrounding Ryegate. In fact, visitors can cast their line directly from the edge of the town into the waters of the Musselshell River. Common fish caught in this river include Brown Trout, Whitefish, Rainbow, and Brook Trout.

For a heightened fishing experience, visitors should head to Deadman’s Basin. An off reservoir of the Musselshell River, the basin is a popular wrangling spot for catching Rainbow Trout, Kokanee Salmon, and Tiger Muskie.

There is no better way to enjoy the beautiful countryside of Ryegate and Golden Valley County than by sleeping under the stars at your own campsite.

Visitors can book their site at the Deadman’s Basin- Bluebird Campground, where they will receive an easy entrance to the fishing access site and breathtaking views of the Snowy Mountains to the north.

Alternatively, more intrepid campers can head directly into the Snowy Mountains and camp at the Timber Dispersed Campground for a more isolated sleeping experience.

There are no hotel options available in Ryegate itself. Instead, tourists to the small town should either book a site at Deadman’s Basin- Bluebird Campground or should plan to stay in one of the other towns nearby.

Klein is the closest community with a hotel, but visitors should plan to stay in the larger city of Billings for a more diverse selection.