Spiders are one of nature’s most mysterious and misunderstood creations. Inspiring fear in many people, all spiders play a vital role in the environment. And while there are venomous spiders, most aren’t dangerous.

But are there any of these strange eight-legged creatures in Montana? Read on to find out all you need to know about spiders in Montana. 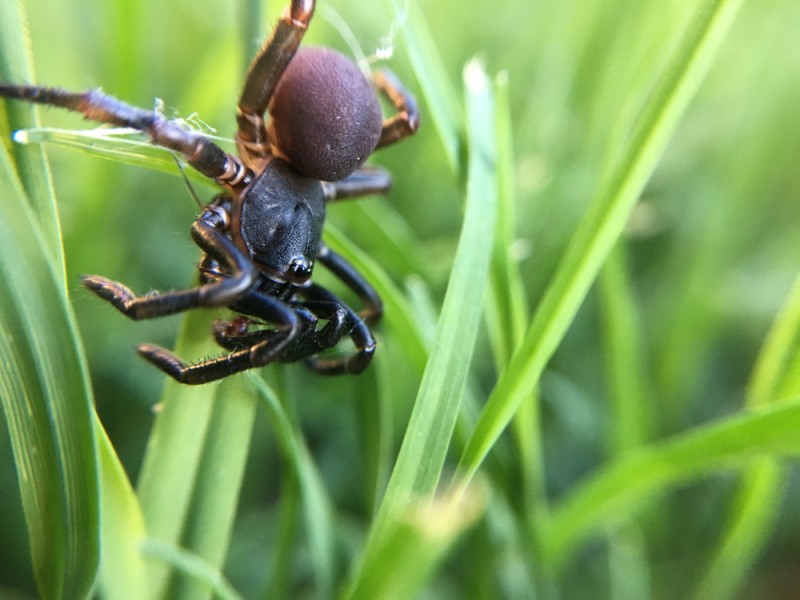 Are There Spiders in Montana?

In parts of Montana, there is thought to be more wildlife than people. So yes, unfortunately for arachnophobes (but fortunately for the ecosystem!), there are definitely spiders in Montana. You’re most likely to come across them in rural areas, such as while backcountry hiking.

You can find spiders in Montana at any time, according to May Exterminating. They typically retreat indoors to lay eggs during the winter or early spring and are more active during the warmer months.

You are also likely to see them in fall, which is mating season. By this time, spring-born spiderlings have grown to their full size.

Types of Spiders in Montana 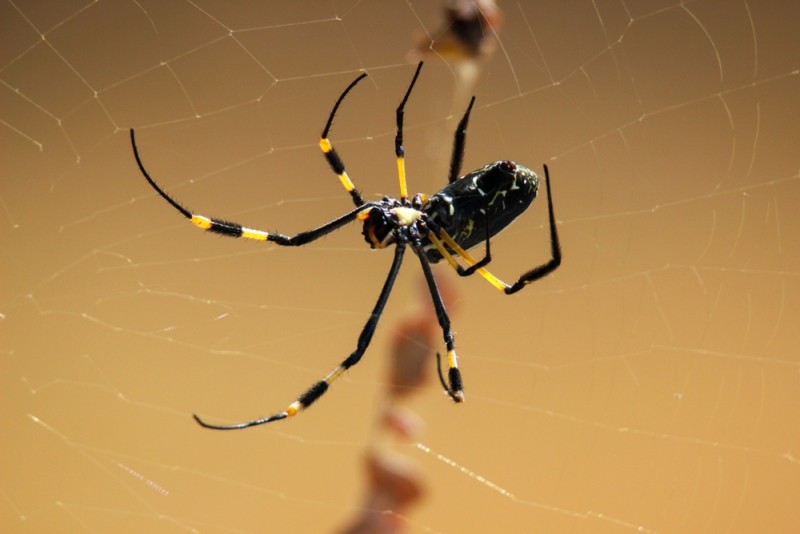 There are around 10 species of spider found in Montana, all coming from a variety of different families.

Among the most common spiders are the banded garden spider and the platycryptus californicus. According to Spider Identifications, the largest spider found in Montana is the Hobo spider.

Another common spider found in Montana is the wolf spider, which despite its fearsome appearance, is not deadly. It will bite if provoked, but it doesn’t always inject venom.

Which Spiders in Montana are the Most Venomous? 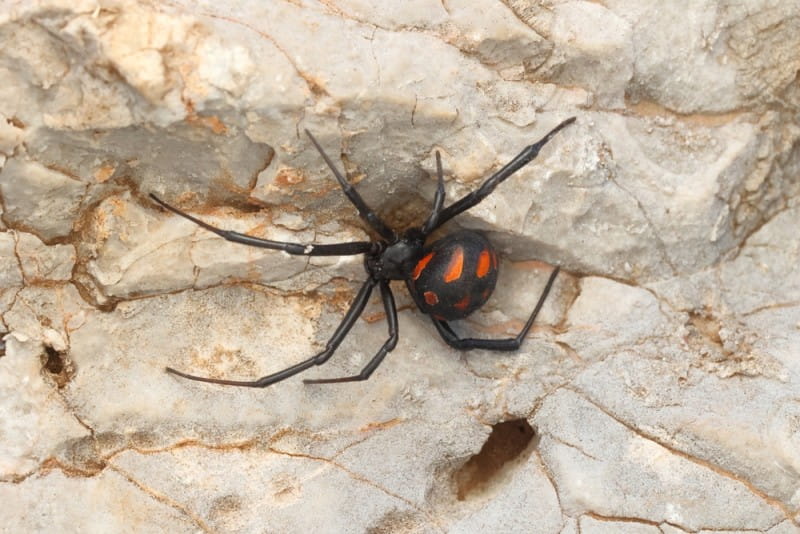 While spiders might not be cute or cuddly, many of them do not have the potential to cause serious harm. The exception is highly venomous spiders.

In Montana, the most venomous spider is the southern black widow. A black widow’s poison is 15 times more toxic than that of a rattlesnake.

You can easily identify a black widow by its shiny black body with a definitive red mark on its back (if it’s a female), and bristly legs. Females are typically bigger than males, and sometimes kill and eat the males after mating (hence the name). 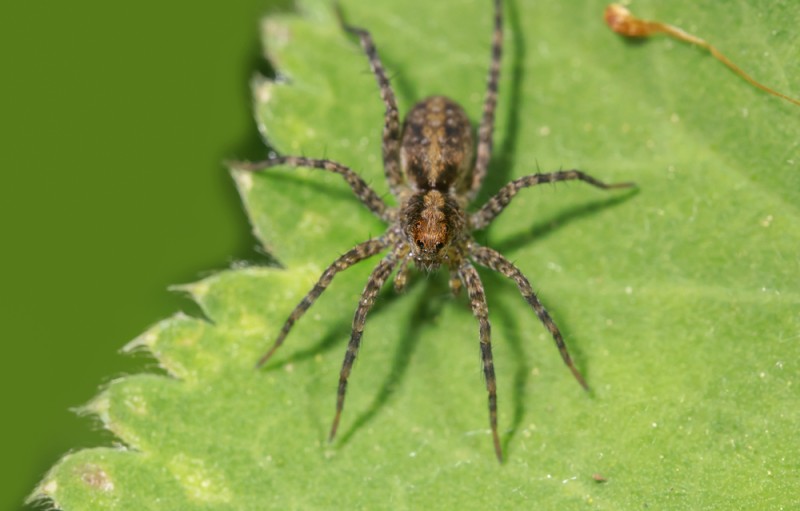 Another spider in Montana to watch out for is the aforementioned hobo spider, which is typically between 7 and 14 millimeters long. Hobo spiders are light brown or tan with darker bands running toward their backs.

In the 1990s, there were claims that the bite of the hobo spider caused necrosis, but they are otherwise thought of as being less venomous than black widows. They often live around train tracks.

Also be sure to watch out for the easy-to-identify yellow sac spider, which is venomous and capable of biting.

This spider is pale yellow in color with brown and orange markings and is nocturnal, so it is rare to see them. They live amongst trees and shrubs, so be on the lookout when hiking, even during the day.

Additionally, there have been instances of the highly venomous brown recluse spiders in Montana before. In 2014, a boy died in Three Forks from complications stemming from a brown recluse bite.

However, according to Montana State University, brown recluse spiders do not thrive in Montana and it is highly unlikely that you would encounter one here.

Bird Watching HQ explains that spiders typically only bite when they are agitated, meaning they’re probably not going out of their way to attack you. In most cases, you can avoid nasty spider bites by leaving spiders alone and not disturbing them if you come across them.

If you are bitten by a spider that you do believe is venomous, it is important to seek medical treatment. If possible, try to catch the spider so medical staff can identify the correct course of treatment. 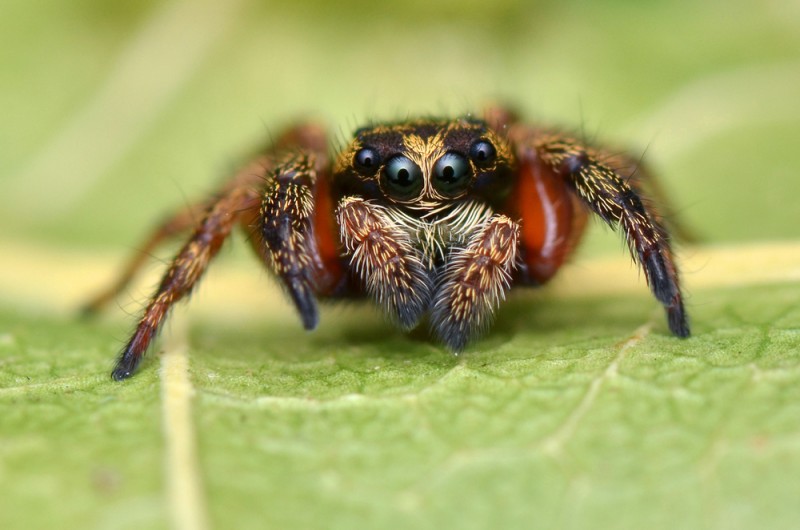 If you run into any of these spiders while in Montana, try not to be too alarmed, as they are far less poisonous:

It’s important to note that even spiders that are less venomous can bite, as they are still predators. And though they aren’t inherently dangerous, you may still experience an allergic reaction to the bite, which can bring unpleasant side effects, such as skin irritation.

What to do if you see a Spider in Montana? 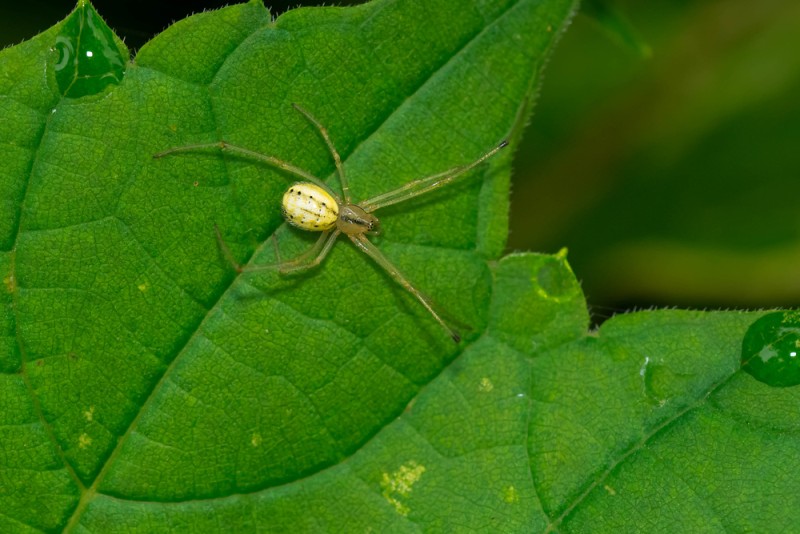 It’s natural to feel afraid when you see a spider, but in most cases, spiders are not a cause for concern. The vast majority of spiders can’t harm humans. It’s not necessary to trap the spider or alert the authorities unless it has bitten you.

In most cases, a spider bite can be treated with an ice pack. However, you should seek medical treatment if you experience more intense symptoms, including vomiting, nausea, sweating, muscle spasms, or loss of consciousness.

You can (and probably will!) find spiders during your time in Montana. But the good news is, the vast majority are not deadly. As unsightly as they can be, remember that spiders are an integral part of the ecosystem, and our lives would be a lot harder without them!