Unlike California or Hawaii, Montana doesn’t have a reputation for its dangerous seismic activity. Travelers to the state are typically more concerned with visiting some of the most beautiful natural landmarks in the world, not preparing for disaster.

Are there earthquakes in Montana

Yes, there are earthquakes in Montana, and whilst it may not have a reputation for its earthquakes like California does, they definitely do happen in Big Sky Country. In fact, they happen frequently in the state because Montana is located in what’s called the Intermountain Seismic Belt (MTN News). The belt runs from Kalispell to Yellowstone and this entire area is prone to earthquakes.

According to Mike Stickney, a seismologist from Montana Tech, the geographical location of the state results in continuous earthquakes, although not all of them are easily detectable. The state actually experiences up to 10 earthquakes every day and is the fourth most seismically active state in the country (Ready Gallatin).

Few people realize that Yellowstone National Park hosts one of the world’s largest volcanic systems. Now a stretch of natural beauty, the park itself was formed as the result of multiple major eruptions. Every year, there are estimated to be several thousand earthquakes in Yellowstone.

Is a Major Earthquake Possible in Montana? 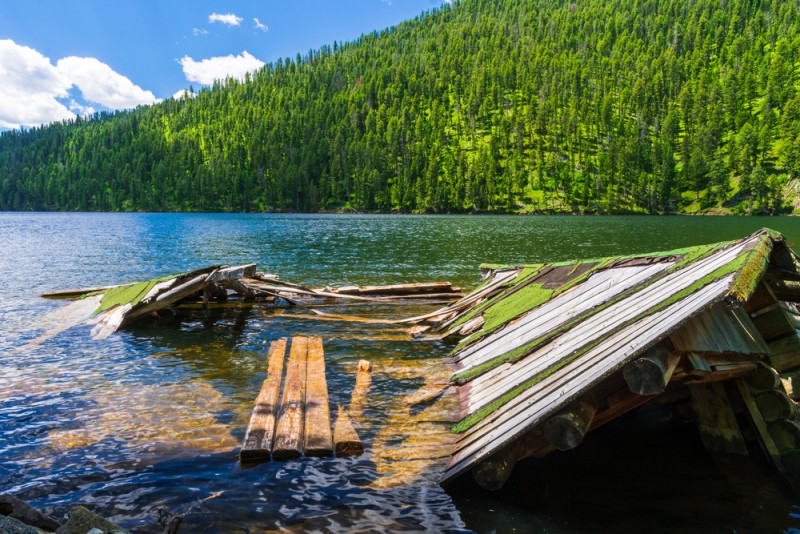 Small quakes are the most common in Montana, Stickney warns that locals should still be prepared for a major earthquake (NBC Montana). Larger quakes are quite rare in comparison to the smaller ones, but they have happened in the past.

MTN News reports that one of the most deadly major earthquakes in the state was the Hebgen Lake Quake which occurred in 1959. The massive quake registered at 7.5 on the Richter scale. To put this into perspective, the infamous Northridge Earthquake that struck California’s San Fernando Valley in 1994 measured at a magnitude of 6.7 (The Atlantic).

At the time the Hebgen Lake Earthquake hit, it was the second-largest quake to strike the continental United States in the 20th century (University of Montana). Sadly, 28 people were killed in the quake and its aftermath. The disaster also moved 80 million tons of rock and caused more than $11 million in damages.

There have been many videos documenting and discussing the Hegben Lake Earthquake, if interested in learning more you can check out the short documentary “A Force of Nature” on Youtube.

Are Some Parts of the State More at Risk Than Others? 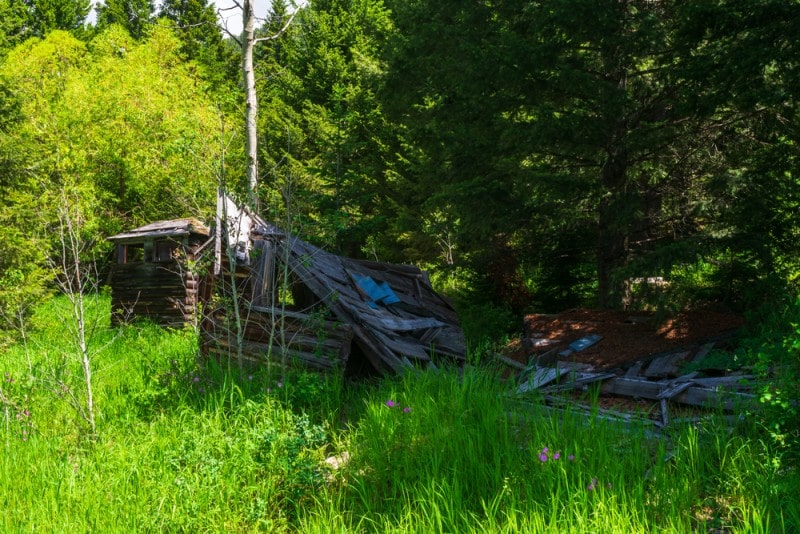 In an interview with Mike Stickney, Distinctly Montana found that Western Montana “has the highest earthquake hazard because of the Intermountain Seismic Belt.” Stickney also pointed out in the interview that all of the major earthquakes that have occurred in Montana have taken place in the state’s west.

That said, the east of the state is not completely safe from the risk of earthquakes. In 1909, a magnitude 5.3 earthquake hit near Scobey, known as the Northern Great Plains Earthquake (Earth Magazine).

Is Montana Prepared for a Serious Earthquake?

If you are a Montana resident, it’s reasonable to be prepared for an earthquake at any given time. The good news is that the state itself has several protocols in place to follow in the event of an earthquake.

Mick Stickney confirmed in his interview with Distinctly Montana that local government bodies in the state have created disaster mitigation plans and update them regularly. Plans like these identify all possible hazards, including earthquakes. They also have emergency response plans and disaster recovery strategies in place that will help in the aftermath of a major earthquake.

While the government is adequately prepared to deal with an earthquake at a state level, it’s also important for locals and visitors to be prepared at an individual level. According to KTVH News, the first step to take during an earthquake is to cover your head and drop to the ground.

Jason Grimmis, the Director of Campus Security and Public Security at Carroll College, Helena, advises against lying flat on the ground in the event of an earthquake. “Don’t lay flat, but try to stay on your knees and your hands, with one hand covering your head or your neck,” Grimmis told KTVH News. “And you want to lean forward to where you’re protecting your torso, your organs. And then you want to get under some sort of solid stable shelter such as a desk or something like that.”

When Will the Next Major Earthquake Hit?

Stickney told the MTN News that it’s “inevitable” that there will be more earthquakes of a significant magnitude in the future. Given the potential for disaster, many Montana locals are eager to know when the next major earthquake will hit the state. Unfortunately, seismologists lack the technology to be able to make such a prediction.

The Montana Disaster and Emergency Services are, however, as prepared as possible for the next major earthquake to hit the state.

While these numbers may seem alarming for anyone planning to visit, the damage for a quake rated 5 often only results in minor damage. This means that as far as earthquakes in Montana go, the area is relatively safe, though it is still always good to know the safety protocols in advance in case of an incident.

Below we have listed earthquakes that affected the Montana area that scored over +5 in magnitude – some are recorded in neighboring states but the radius of the quake was felt in Montana. This will give you a clearer idea of the frequency of earthquakes in the state.

All Info was taken from the Volcano Discovery website, for more information on how magnitude is measured you can read more here.

Yes, there are frequent earthquakes in Montana. The good news is most are so minor that they’re undetectable. And while it’s possible that a major earthquake could rattle the state at any time, local governments have sufficient plans in place to mitigate any disasters and effectively deal with the aftermath of a significant quake.