Looking for a museum that will please the military buff and the intrepid traveler alike? We’ve got the perfect spot for you!

Situated right off of the Bitterroot River, the volunteer-operated Rocky Mountain Museum of Military History speaks to the military efforts of local Montanans, providing personal history, anecdotes, and the impact of war on local communities and tribes.

But the museum also engages its audience with a riveting education on the American military dating back to its origins – from the Revolution up until the War on Terrorism.

Whether you’re a proud local or just passing through Missoula, this museum is ripe with inspiration and knowledge – and we’ll even throw in a few of our favorite nearby spots along the way!

If you’re a military buff, this is going to be one exciting field trip – but let’s be honest, there’s something here for everyone.

Surrounded by the lush pine and fir-centric Lolo National Forest, Missoula’s Rocky Mountain Museum of Military History has enough to titillate the history buffs and their willing family members.

Built in the mid-1930s by the US Fourth Infantry Regiment and the Civilian Conservation Corps, this amalgam of Montana and national history may have come to life during the Great Depression, but its intellectual and personal reach spans generations.

Via a special arrangement with the Montana National Guard, the museum’s main exhibit is located in Building T-316 at Fort Missoula, which previously acted as the headquarters for the Fort Missoula District of the United States Civilian Conservation Corps.

Here’s an interesting fact: over 40,000 servicemen and CCC corpsmen were processed, trained, and equipped at these headquarters during the Great Depression. (That’s a lot of soldiers!)

Providing an intimate and deeper understanding of wartime efforts – men and women alike – the museum is open year round and presents a wide variety of exhibits on military history – local and national.

Covering such a wide swath of American history, there’s truly something for everyone – from documents and artifacts to Civil War-era artillery to Vietnam Era missiles.

More interested in reliving days of old? A current exhibit includes artifacts from the USS Missoula, as well as a model scale of the proud ship used by the US Navy from 1944 until 1946.

Added in 2008, this exhibit centers around the attack ship and its flag-waving link to the infamous 1945 Battle of Iwo Jima.

But our favorite part of this military museum is its work on frontier life, as well as the fight for land and resources among indigenous tribes of the area and European settlers (It’s never as simple as it looks in the movies!).

Moving on from that exhibit to reenacted Civil War recruits, outfits, and dinner tables? Nothing helps you get in the shoes of a person like a family meal!

One thing is clear: with year-round support, community fundraisers, yard sales, and book sales, this museum is truly a community and volunteer-driven effort and its success walks hand in hand with your thirst for knowledge. It’s a win-win situation!

1. A Carousel for Missoula 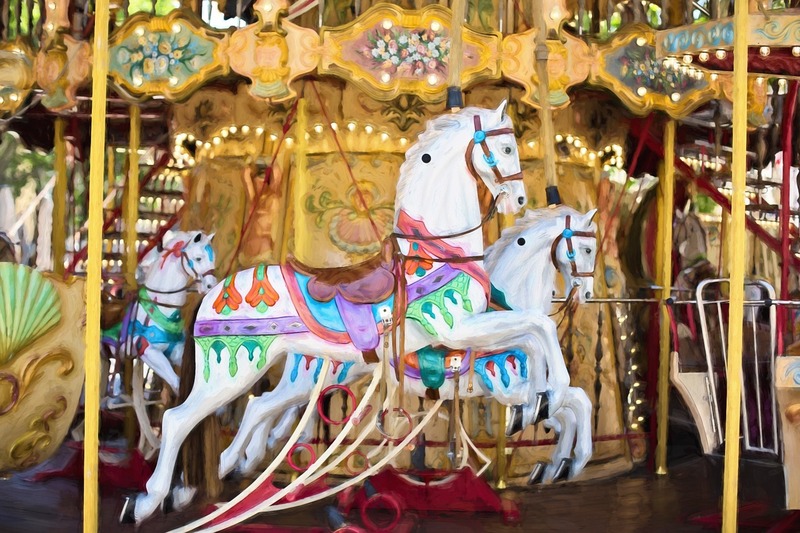 A trip to Missoula wouldn’t be complete without the Rocky Mountain Museum of Military History, it’s true, but there are so many other sites to visit!

Don’t worry – we’ve got a great list to get you started. First off, A Carousel for Missoula, the 1995 brainchild of local Missoulian cabinet maker Chuck Kaparich.

Through his unique vision and 100,000 hours of volunteer time, Kaparich and a group of handy helpers created this carousel as a spectacle for kids and kids at heart.

Hours of love and labor went into the making of the carousel, as well as carved horses with names like Freya and Snapples (Can you guess our favorite?).

Right down by the river, the Carousel for Missoula continues to be a community effort, holding parties, events, and donating time to children in need. And don’t miss out on the fantastical Dragon Hollow play place while you’re in the area.

We recommend coming in July for the Fairy Tale and Superhero Festival, where your littles are sure to find magic at every turn. And hey, you’ve earned some revelry after all that fun chaos, so head on over to Big Sky Brewing Co. for a relaxing drink and some live music. 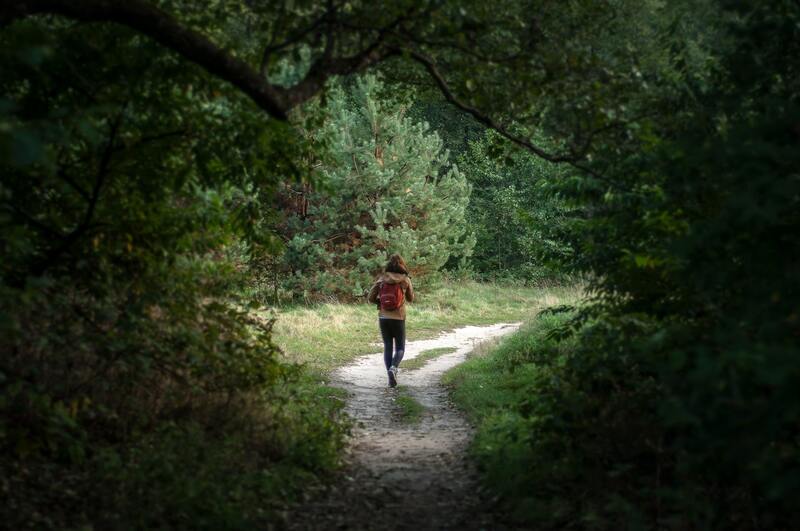 Since you’re already in the area, we recommend driving about an hour northeast into some epically beautiful wilderness, Rattlesnake National Recreation Area.

Popular for hiking, biking, horseback riding, this national area’s numerous trails provide plenty of opportunities to be one with nature.

The Rattlesnake Wilderness Area has picturesque views, scenic lakes, and magnificent trees to set up a hammock in – or to hug, we won’t judge!

If you’re looking for an adventurous hike a bit closer to Missoula proper, we highly recommend the Mount Jumbo North Creek Trail – just gorgeous, but we digress.

And the best part? Just a mile south of Rattlesnake National Recreation Area is Ten Spoon Vineyard and Winery. Stop by for the peaceful atmosphere, live music, and – of course – award-winning wines. Their tasting room can’t be missed! Drink up, buttercup! 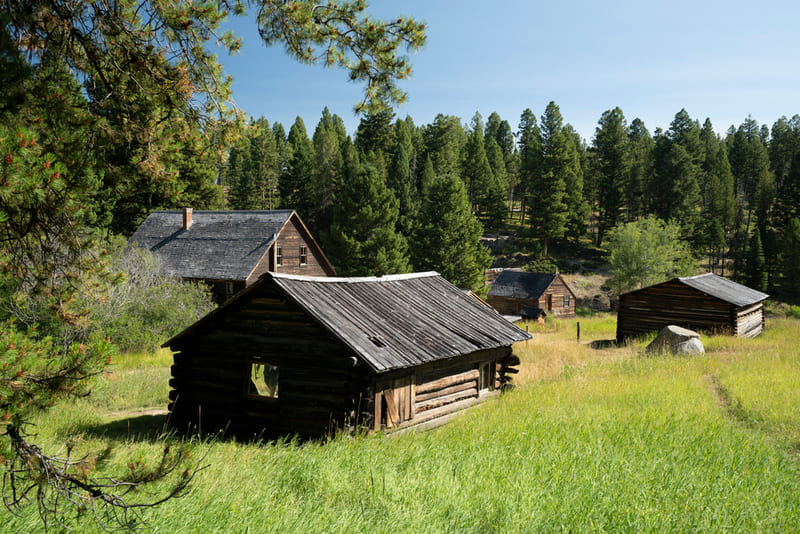 If you have time, we highly recommend taking a drive an hour east to check out the, well, kind of spooky Garnet Ghost Town.

You know, around a hundred years ago these Garnet Mountains were home to no ghost town – it was a thriving gold mining center that attracted families looking to strike rich.

Unfortunately, like many gold mining towns, folks were more interested in what was going on below the surface of the earth than on top of it – yet the remains of the town still stand proud.

Come visit this unique chapter in Montana history and learn more about pioneer efforts that made America the monolith it is today.

While Garnet Ghost Town is open year round, we recommend visiting in the spring, summer, or fall months to get the full effect – unless you’d really like to witness pioneer life in the snow. Just saying – you may need a snowmobile for that one!

Alright, we really had a hard time choosing between two of our favorite restaurants, Catalyst Cafe and Bob Marshall’s Biga Pizza, but we’ve finally come to a decision.

*Clears throat* While we love – and we mean love – Bob Marshall’s Hungarian Mushroom pizza and it’s well worth the trip, ultimately we had to follow our hearts and steer you towards Catalyst Cafe.

We’re huge fans of their chilaquiles dish, which is essentially a Mexican skillet casserole, but they have so many vegetarian and vegan options that this spot is sure to please everyone looking for a hearty meal.

We love the hipster vibe that somehow feels incredible down to earth; all the art on the walls is also incredibly easy on the eyes. And the cold brew! A+.

Just keep in mind that they’re more of a breakfast and lunch spot and they close at 3 pm, so drink your coffee accordingly! 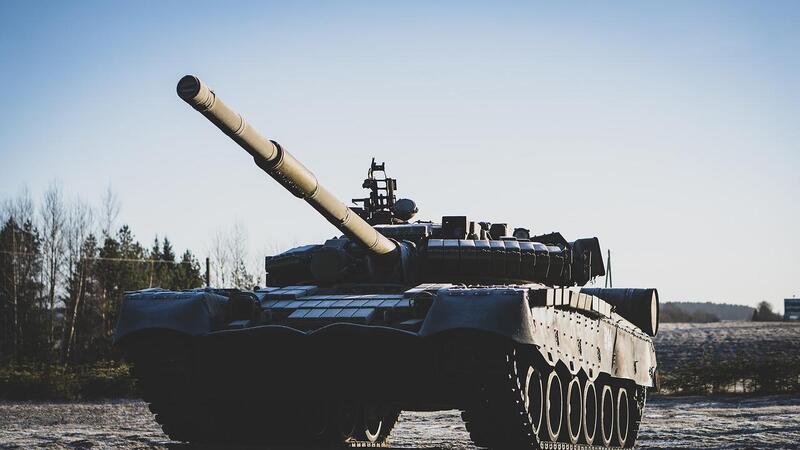 There’s so much to do in Missoula that it’s easy to get lost in the spin of it all, so that’s why we start with the basics: the Rocky Mountain Museum of Military History.

This exemplary museum illuminates rich insight into the cumulative effects of war on a world, nation, state, and city.

It certainly has inspired us to give thanks to those who fight for our freedom, but it’s also a great launching point for the rest of Missoula.

Rich in its own unique history, nearby forests, festivals like the River City Roots Festival, and too many breweries to count, this Montana hotspot is perfect for the thrill seeker, the wartime enthusiast, and the kid at heart.