The Old Montana Prison Museum in Deer Lodge is a must-see for history fans. Within the complex, visitors can tour the historic Old Montana Prison, which was the state’s primary penal institution for nearly a century, as well as four other notable museums.

Here’s what to know before you visit!

The Museum’s History Is Fascinating 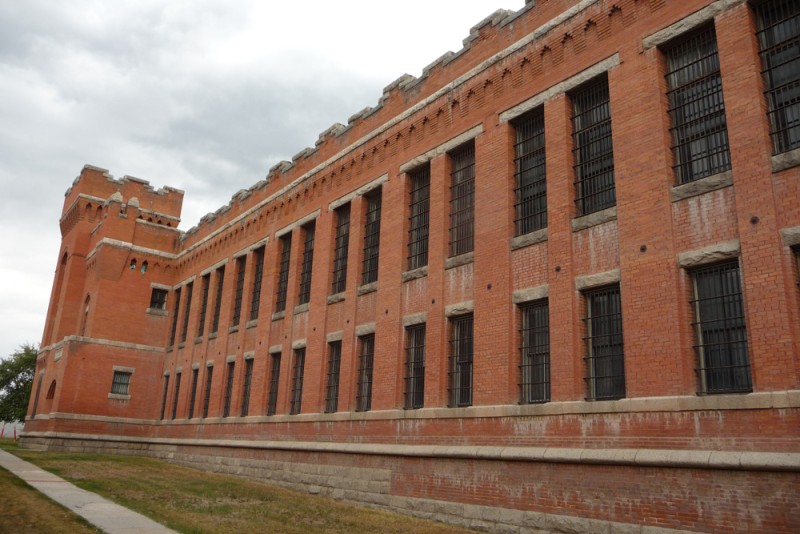 The Old Prison is the main attraction within the museum complex. It was initially constructed in 1871 and was known as the Montana Territorial Prison until Montana became a certified state in 1889.

From then, the prison was the main correctional facility in Montana until the last prisoners were moved and the institution was opened to the public.

Constructed by convicts to help establish order in the Old West, the Old Prison was the first territorial prison in the United States.

Throughout the prison’s history, there were frequent escape attempts—evidenced by the sandstone walls surrounding the structure, which are 24 feet high and begin four feet beneath the earth.

Prison life was harsh the majority of the time, with inmates suffering severe overcrowding, dated facilities, and a lack of government funding.

Several of the structures still standing in the prison today were built with convict labor under Warden Frank Conley’s prison expansion program between 1890 and 1921, including the 1912 Cell House and the Maximum Security Building.

One of the most famous prisoners to be incarcerated here was Paul “Turkey Pete” Eitner, who was sentenced to life in prison for murder in 1918. After being assigned to tend to the prison turkeys, Eitner lost his grasp of reality and believed he was running the prison himself.

Other inmates printed him checks to humor him, which he would use to “pay bills” in the prison and, in his mind, send funding to the President for the defense budget.

In 1959, a riot took place in the prison that resulted in the murder of Deputy Warden Ted Rothe, who was shot in his office. Inmates Jerry Myles and Lee Smart led a group of 12 and took 18 prison employees, plus five stool pigeon inmates, as hostages.

The riot brought national attention to the overcrowding situation, but Myles and Smart were later found dead of an apparent murder-suicide. It would be another 20 years before the last prisoners were moved from the congested prison.

When Did the Old Montana State Prison Close?

The last prisoners at the Old Prison were moved in 1979 when the prison officially became a museum. Many of the inmates were moved to Montana State Prison, which is still running in the Deer Lodge Valley.

The Montana Department of Corrections also runs three other correctional facilities, spreading inmates out across numerous institutions to avoid the overcrowding that plagued the Old Prison. They are the Montana Women’s Prison in Billings, the Pine Hills Correctional Facility in Miles City, and the Riverside Special Needs Unit in Boulder.

What Is There to See in the Old Montana Prison Museum? 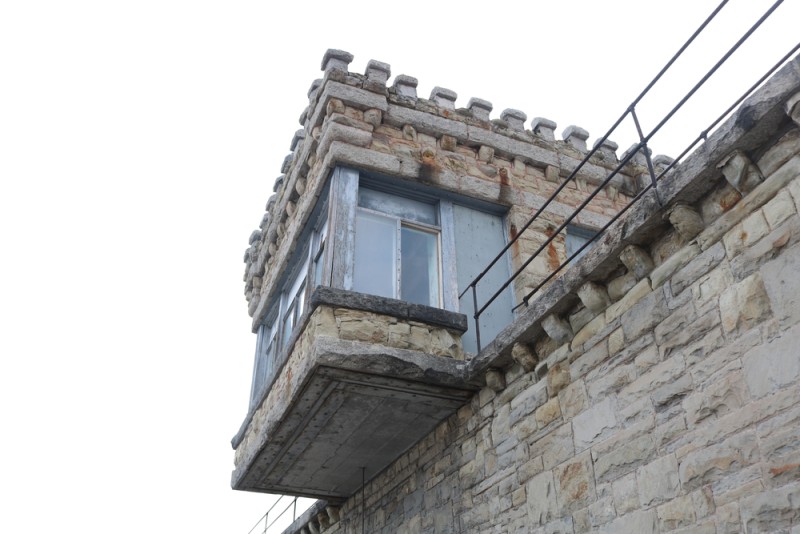 Visitors can take guided and self-guided tours through the historic Old Prison.

Along the way, visitors get a feel for prison life as they’re shown through the original Cell House and into the slide bar cells. They will also hear the stories of individual inmates, such as Turkey Pete.

One of the most chilling parts of the tour is the Maximum Security section, which houses the Black Box: two cells where prisoners were kept in total darkness for up to three days at a time.

On the tour, visitors are also shown the famous turreted stone towers and iron gates of the prison.

For those taking self-guided tours, the various buildings and structures within the museum are explained on pamphlets and guideposts that are placed around the complex. Authentic artifacts are also exhibited, including original guns, shackles, and weapons that inmates fashioned from kitchen forks.

Visitors will also see the remnants of prison life, from daily log sheets to artwork that the inmates themselves created.

Is the Old Prison Haunted?

Thanks to the rich and sometimes disturbing history of the Old Prison, many believe that it is haunted by the ghosts of the inmates who died miserably within its walls.

The prison has attracted many ghost-hunters and believers of the paranormal, curious about the strange sights and sounds that have been reported at the prison over the years.

Very brave visitors can book ghost tours of the prison. Running from 9 p.m. to 3 a.m., the guided tours cover the locations within the Old Prison where paranormal activity has been reported.

The ghost tours also take participants into areas off-limits to the general public, including the prison hospital and the Death Tower.

Tickets for the ghost tours are $99, and come complete with snacks and refreshments, plus pictures, audio and video footage sent directly to your email.

For more information about the ghost tours available at the Old Prison, please visit the official website.

What Movies Were Filmed at the Old Montana Prison?

The Old Prison has also captured the interest of Hollywood in the past, with a handful of movies being filmed within its walls.

Location scouts have been awed by the prison’s distinct architecture and gloomy feel, finding it the perfect place to set a dark movie.

A drama film called Pellett, directed by Fred Fontana and starring Isabel Glasser, has been announced and will also reportedly be filmed at the prison.

All of the movies that were filmed inside the prison were made after the last inmates were moved in 1979.

There Are Other Museums In the Complex Too 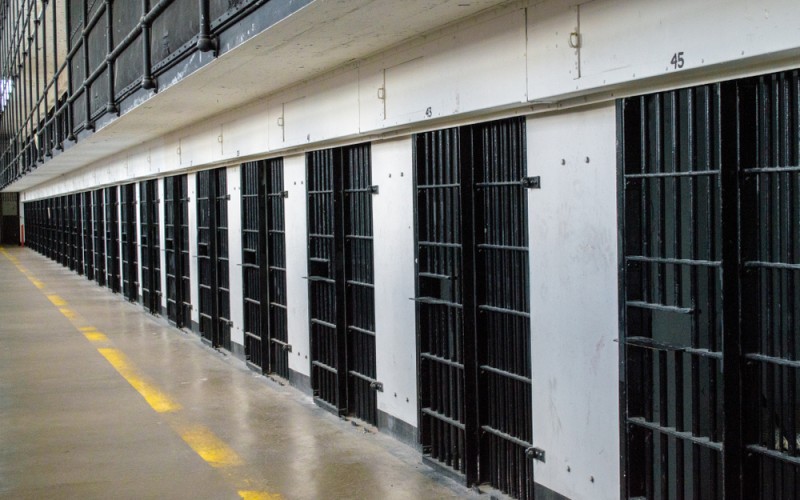 Along with the Old Prison, there are four other museums to explore within the complex. One of the most popular is the Montana Auto Museum.

The auto museum displays more than 160 impressive cars, from classic Chevys to high wheelers from the start of the 20th century.

It also exhibits car-related technology and artifacts from years gone by, including the Thermador Car Cooler air-conditioning unit.

To find out more about the Montana Auto Museum, please visit the official website.

The other museums within the complex include the Frontier Montana Museum, which houses a collection of cowboy relics, the Powell County Museum, dedicated to preserving mining, wood-carving, and local history, and Yesterday’s Playthings, Montana’s most famous doll, and toy museum.

When Does the Museum Complex Open? 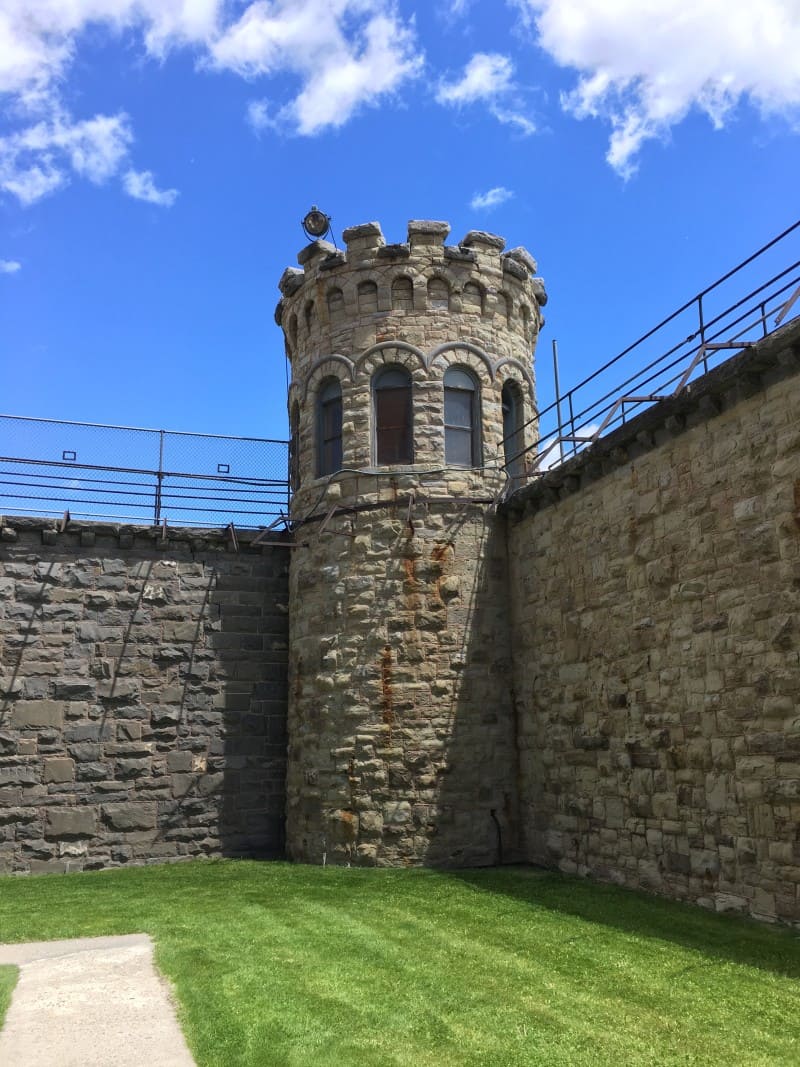 The Old Montana Prison and Auto Museum Complex is open most days, operating between 10 a.m. and 4 p.m.

Admission costs $18 for adults and $10 for children between 10 and 15 years. Children nine and under can enter for free, and there are also discounted admissions priced at $14.50 for AARP, AAA, Sam’s Club, Seniors, and Veterans.

The admission ticket gives visitors entry into all five of the complex’s museums.

The Old Montana Prison Museum and AutoComplex are one of the state’s best destinations for those interested in learning about Montana’s rich past.

The Old Prison carries a fascinating history that can still be explored through guided and self-guided tours, and the complex’s other museums also offer hours of curiosity-quenching discoveries and entertainment.

Have you ever visited the Old Montana Prison? Tell us about your experience in the comments!