Central Montana’s Great Falls has much to offer throughout the year by way of events, gatherings, and festivals. There is a strong community spirit behind many of the activities, and some of the main events like the Ice Breaker Road Race and the Easter Egg Hunt are due to the efforts of The Park and Recreation Department.

Various other events are organized with a sense of support for the local culture through the promotion of local traditions and community events. Throughout the year the focus is always on building and maintaining the renowned Great Falls spirit and sense of community.

Plenty of events have become annual traditions in Great Falls, and we’ll feature popular events in Great Falls, Montana that you won’t want to miss. You can also check out the many small, regular events and special evenings that occur constantly within the community HERE. 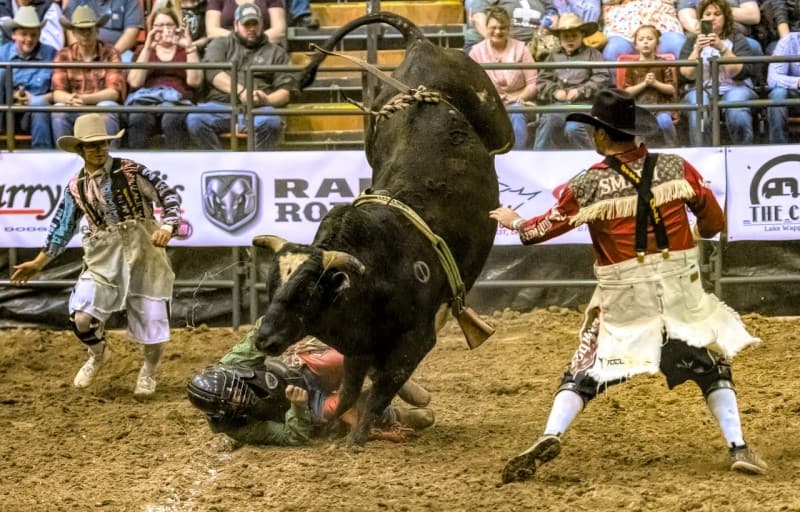 Rodeo fans from near and far to Great Falls will be excited to hear of the Montana PRCA Circuit Finals Rodeo. This occurs in January and features three nights of professional rodeo action, including Top Pro Rodeo contestants competing for the title.

January 12-14, 2023 is the date to be at the Four Seasons Arena, where the event kicks off on Thursday at 7:00 pm and winds up late Saturday. Performances are at 7 pm nightly, at the Montana ExpoPark in Great Falls. 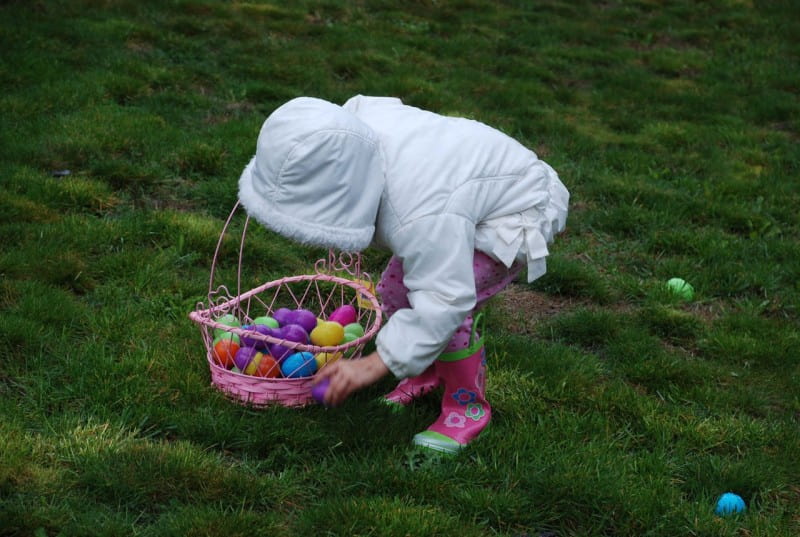 The annual Easter Egg Hunt is held at Gibson Park and is aimed at kids between the ages of around 1 and 9 years old. The three different egg hunt areas are designated according to age groups, namely 1-3 year-olds, 4-6 year-olds, and 7-9 year-olds—so all is fair.

It starts at the south end of the park at 11:00 am, typically on the Saturday before Easter. Apparently, the eggs can start to disappear pretty quickly so entrants need to be prompt and lined up before the kick-off. 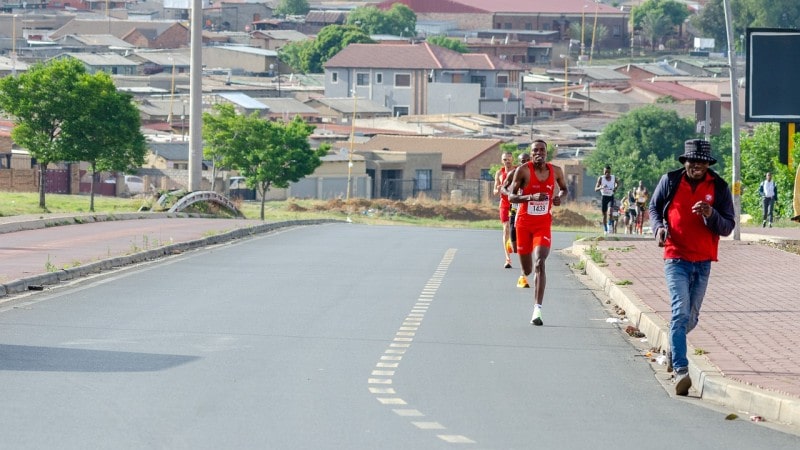 For fitness and running enthusiasts, the annual Ice Breaker Road Race is the largest attraction of its kind throughout the year in Great Falls and occurs sometime in April (last date 23rd).

There are typically thousands of participants—whether running competitively, jogging, or walking in either of the 2 different courses, which cover 5 miles and 3 miles respectively. The 5-mile event starts first at 1 pm and is followed by the other two on the hour, with all races starting in front of the Civic Center on Central Avenue.

Registrations for the race usually begin around the time of Monday, March 6th at the Park & Recreation Department or online.

The race has been featured in Runner’s World Magazine as one of the top 100 road races in the nation and is accommodating to families and fun runners as well as elite athletes.

It has become something of a Great Falls tradition now spanning four decades, and all participants receive a finisher medal.

Great Falls transforms into the Western Art Capital of the World for a special 5-day festival in March (15-19 is set for 2023). The event features various aspects of Western Art in different venues, with the works and exhibits covering everything from oil, watercolor, and sculpture in various styles.

From classic to modern contemporary interpretations, attendees can expect to witness plenty of bright and colorful displays. Participants will also find the classics like the works of C.M. Russell alongside some lesser-known artists and Native art.

There are also a number of featured live music performances, auctions, and other associated activities. The venues typically include places like the Montana ExpoPark, the Wine Snug at the Dark Horse, the First Peoples Buffalo Jump State Park, the Heritage Inn, the Great Falls Lodge, Great Falls Convention Center, and more!

You can check out the day-by-day events in more detail HERE. 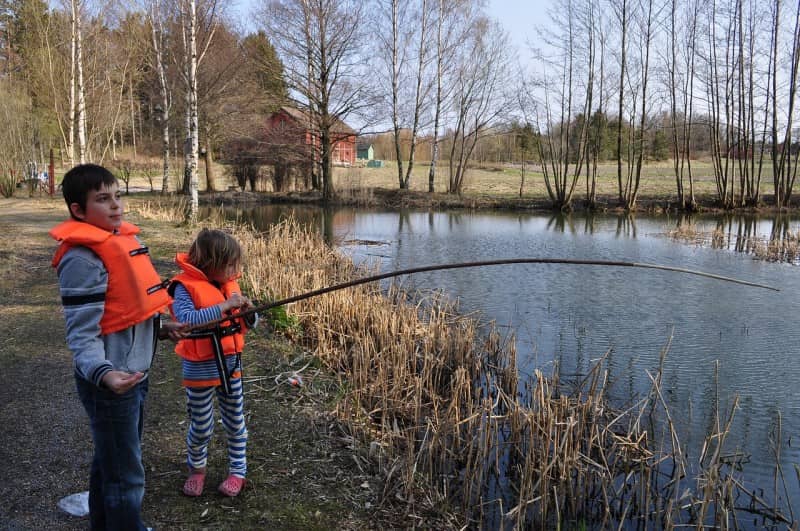 The Great Falls annual fishing day for kids has become something of a tradition over the last 3 decades or so it has been running. Both youngsters and adults attend this fishing-themed day at Wadsworth Pond on the Western side of Great Falls.

Inexperienced anglers can learn basic fishing skills including which types of tackle to use, how to cast, fly-tying, identifying fish, and a few safety and ethical tips.

Various organizations such as the Great Falls Chapter of Walleyes Unlimited offer support and sponsorship for the event. Wadsworth Pond is accessible by first heading along Central Avenue West to 34th Street NW then turning onto Wilkinson Lane where the signs to the pond should become more obvious.

When it comes to Great Falls nothing is more of an institution than the legacy of the infamous expedition that spent a considerable portion of its trek in the region.

Next year (2023) marks the 25th anniversary of this particular annual festival dedicated to the Lewis and Clark Expedition. The event is typically held across the third weekend of June, and the location is the Lewis & Clark Interpretive Center.

The Festival features some of the main highlights of the expedition, significantly as it made its way through the regions of what is now the Central Montana area back in 1805. The activities at the festival include re-enactments complete with historical costumes and feature talk about navigating the Missouri River.

The event typically occurs across June 30 and July 1 & 2 and also includes Native American dancers and drummers, children’s activities, and even a tour through the Gates of the Mountains.

There are always plenty of food vendors onsite as well as booths displaying and selling hand-made arts and crafts items.

Check out the annual Great Falls Downtown Parade which starts off with a pre-parade concert and culminates in a fireworks extravaganza.

The Great Falls 4th July parade usually kicks off at 11 a.m. and follows a route from 1st Avenue South to 8th Street. After that, it heads north to Central Avenue, turns west onto Park Drive, and winds up in Margaret Park north of the Civic Center.

Parade attendees are not averse to bringing their own lawn chairs and setting them up just outside of the parade route to ensure a good view. 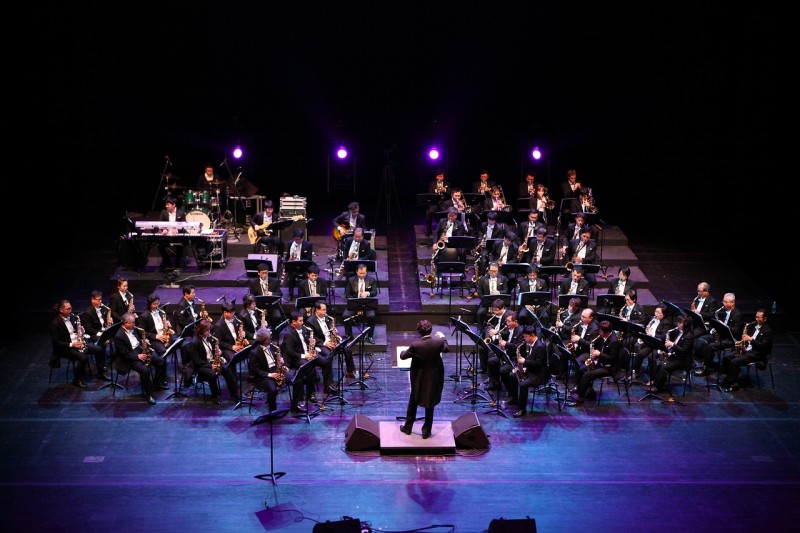 The Great Falls Municipal Band performs a series of free concerts in the park throughout the summer months. The concerts typically start in late June and run through mid-August on Wednesdays at 7:00 pm in Gibson Park.

All ages are welcome at the concerts which are sponsored by the Park and Recreation Department of Great Falls. There is some limited seating available but many bring their own chairs, rugs, or blankets.

The annual parade has now become a solid end-of-year tradition with folks waiting eagerly to catch sight of the lit parade floats going along Central Avenue in downtown Great Falls.

Various Christmas themes are known to dominate the proceedings and like this year’s ‘Rudolph’s Christmas Forest’. This is certainly one way to get into the holiday spirit, on Saturday, November 26, usually at 6:00 pm.

The annual Downtown Great Falls Christmas Stroll is usually on the first Friday of December and kicks off at 5 pm.

The event occurs mainly along Central Avenue and features live music, arts and crafts, food vendors, and plenty more besides. Various activities and mini-events will take place such as a Polar Plunge to raise funds for Special Olympics Montana.

The event is an ideal family activity to get into the festive season and kids will love the ‘Rudolph’s Christmas Forest’ theme.

What better way to exit one year and kick off the New Year than with a torchlight parade and fireworks on a Montana ski slope!

The event is held at what is Montana’s first-ever ski area and the award-winning Great Falls Ski Patrol will lead the mountain parade. Once all the lighted torches held by the patrollers have reached the bottom, there’ll be an all-out world-class fireworks display.

The event is held at Showdown Montana, just south of Neihart.