Located within the Giant Springs Heritage State Park in Great Falls, the Interpretive Center provides information and exhibits related to the famous expedition led by Lewis & Clark in the context of its historical significance to the nation.

Great Falls was thought to be the most fitting setting for the center as the expedition reportedly spent more time here around a month in all than they did at any other stop along their trail.

In this article, we will take a look at the history and features of the Lewis and Clark Interpretive Center in Great Falls, Montana.

Guide to the Lewis and Clark Interpretive Center

The Interpretive Center is the place to come to find out about the story of the Lewis and Clark expedition from beginning to end, and the 50,000 or so visitors that pass through the doors are welcome year-round according to operating hours. 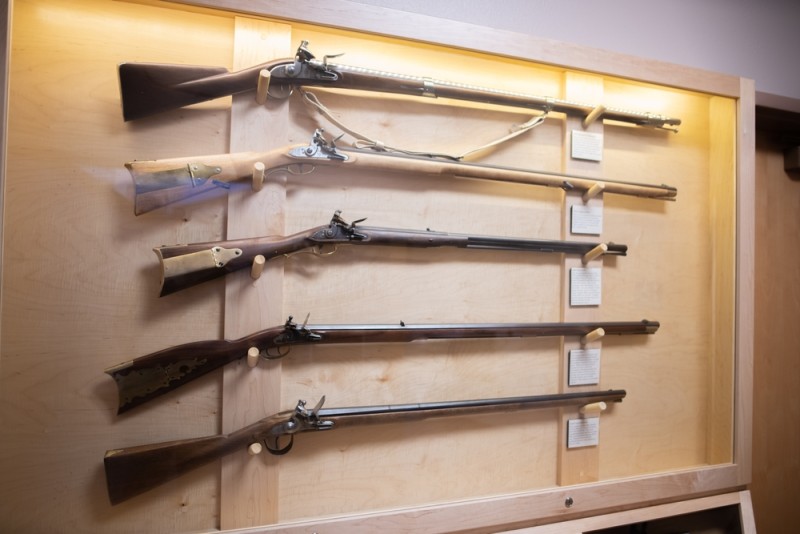 The Main Features of the Interpretive Center

The 25,000-square-foot building is operated by the USDA Forest Service. It is comprised of a permanent exhibit hall, a 158-seat theater, education and information center for curriculum-based studies and activities, and a store.

The exhibits and various related information are shown in line with the original vision of the center to ‘awaken curiosity toward the challenges faced by the expedition as they portaged the great falls of the Missouri River and explored the unknown’. The center covers the entire mission undertaken by Lewis & Clark.

Aside from that, the story included various insights into what the daily lives and experiences of the expedition might have featured. This included to varying degrees the environment they discovered, native peoples, and the spirit of human discovery shared by all.

The tour of the exhibit hall, although self-guided, is one of the main features of the center. It includes the two-story diorama of the portage of the Five Great Falls encountered by the expedition along the mighty Missouri River.

The information is presented in ways designed to engage the visitor through hands-on and direct-experience opportunities, and the center is well-designed and staffed.

Visitors may also expect to be greeted on occasion by a large but friendly dog of the same breed that accompanied the trek.

Other Activities and Features 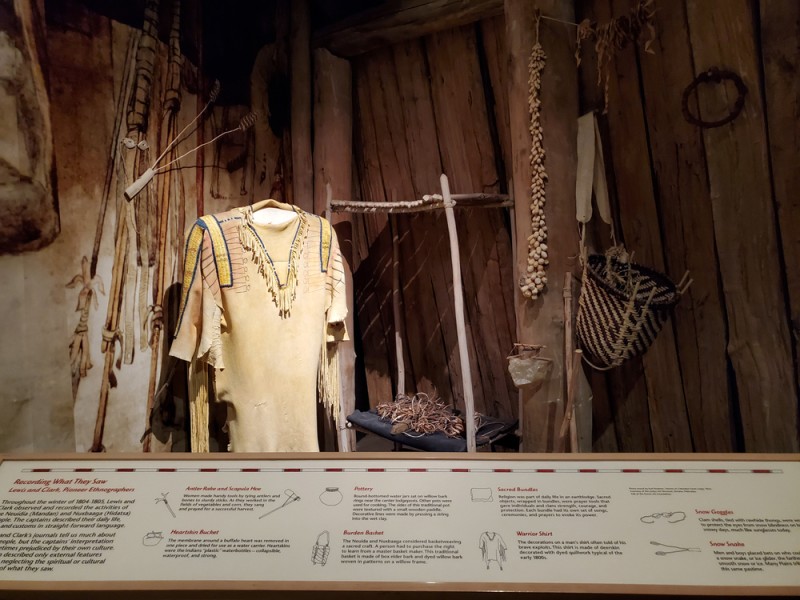 The interpretive center holds Junior Explorer Programs as well as summer camps specially designed for kids and scavenger hunts. K-12 level learners are offered a special educational program between October and May by prior reservation.

Plants and animals featured along the way and documented by the expedition provide another area of investigation. Visitors and attendees can choose to venture outdoors with a ranger or investigate the finer points of the interpretive displays and information center.

The facility features a car park, toilets, drinking water, and trails around the center. This MAP highlights the main trails in the vicinity of the center, which and the scenic overlook and landscaping can be freely explored, with some being wheelchair-accessible.

The routes feature various interpretive signs along the way, and visitors can enjoy about two miles of trails in all, surrounded by scenic landscapes overlooking the Missouri River. There is also an amphitheater that serves as the location for some of the programs.

The History of the Lewis & Clark Interpretive Center 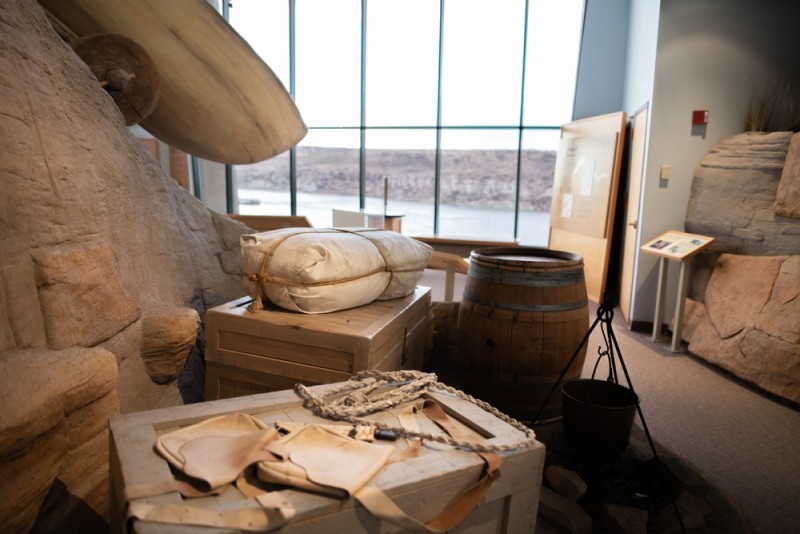 Built in 1998, the center is operated by the U.S. Forest Service and has a partnership with the Lewis & Clark Foundation which oversees some of the programs.

The Interpretive Center came about as the result of efforts from locals like Mike Labriola, who wanted to do something to help promote Lewis and Clark in a way that might attract more tourism to Great Falls.

The city was in a rough patch at the time after the smelter had closed. The population numbers were slowly dwindling, and Great Falls was no longer Montana’s largest city as it had been previously.

Labriola got connected with a small group that had founded the Portage Route Chapter of the Lewis and Clark Trail Heritage Foundation with the goal of establishing an interpretive center in Great Falls.

After struggling to get the idea approved by congress but finally succeeding, only partial funding was received resulting in a mandate to raise $3 million in matching funds within two years.

Eventually, the goal was achieved and the center became a reality. It was realized through a community effort, and lots of people who had a real passion for the area and its heritage helped make it possible.

The Center’s Hours of Operation and Fees

The center stays open all year but operates a summer and winter season schedule. In summer Memorial Day Weekend is the opening up through Labor Day Weekend: Throughout this period the facility opens daily from 9 am to 5 pm.

The winter season of operation follows Labor Day weekend until Memorial Day Weekend. At this time the center opens Tuesday to Saturday from 9 am to 5 pm, and Sunday from 12-5 pm.

The only days the center is closed are Thanksgiving, Christmas, and New Year’s Day, and entrants 15 years of age or younger get in for free. After that, it’s $8.00 per person, with various concessions for ex-military personnel, etc.

Many visitors deem this center the best and most comprehensive out of all the Lewis and Clark Interpretive Centers along the route.

You can easily spend a couple of informative and enjoyable hours here which may include watching films and seeing the entire exhibit.

The Interpretive Center is ideal for anyone who knows little to nothing about Lewis and Clark, but it is also well-geared for history buffs.

Anyone even mildly interested is likely to enjoy this and come away equipped with a reasonable understanding of the Corps of Discovery that proved so crucial to this part of the world.